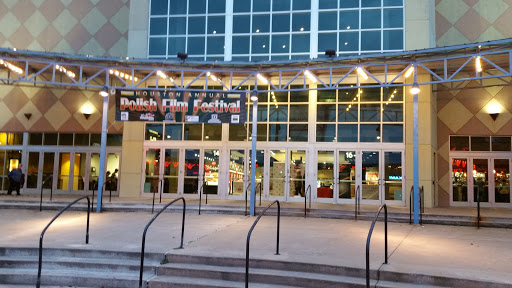 So on Friday March 24th, 2017 @ 12:07 A.M. My cousin and i arrive to this movie theater super excited to catch a late night movie. This movie night would have been my 5th movie at this specific theater in less than a month (this is a pricey price to pay). Unfortunately, the outside ticket booth was already dark. We werent sure if they were closed, or for safety purposes they sold tickets inside after 12 A.M. We proceeded to the main entrance doors and as we approached there was the ENTIRE staff crew standing by the Guest services desk, and there was these 2 specific employees, within reach of the doors. I tell you this, i kid you not when i tell you that EVERY SINGLE CREW MEMBER ignored us for close to 5 minutes of standing outside knocking on the glass door for someone to at-least acknowledge us. NOT ONE SINGLE CREW member even attempted to look our direction. They did their BEST in pretending that there was not 3 people standing outside knocking the door. I would understand if we looked dangerous, armed, and maybe even homeless. But a PAYING GUEST, to be ignored worst than a dog, i was a little aggravated about this type of service. So then this blonde lady (MANAGER ON DUTY) looks this direction after my knocking became overwhelming, and as well as some crew members finally pointed our direction for her to assist us, she from her standing spot just looks back at us and "shoos us away" with her hand gesture, like what you do to someone you dont like, and or get annoyed by, or even when your dog is staring at you while eating, you just shoo them away. Well no, I got pist at that, and told her to come to the door. So then she finally comes to the door, and of course as a disgruntled guest the first thing that comes out of my mouth was "Excuse me, but how dare you, and your entire crew, stand there and ignore us-" and then she threw her hand in my face and told me "I dont got time to hear this right now" and literally walked away back inside and slam the front doors in my face. I tell you, my jaw literally dropped, and i stood there for like two minutes shocked, trying to process exactly what the hell had just happen. So I try calling, from the parking lot, to speak to someone and was not successful. So that Sunday morning, i woke up literally thinking about that situation and of how discriminated, and mistreated i was by this manager. SO I proceeded to go ahead and make an official complaint with their Guest Services. Julia, was the person i spoke too that Sunday morning (March 26th) this specific property really needs some guest services training, because the way they answer the phone is very unprofessional, and very neutral and they really lack empathy, and as well as "recovery". So i spoke with her for over 30 minutes about this situation, and came out with no conclusion, apology, and or follow-up. She stated to me that there was a upper manager there and that she would relay the complaint to him/her and I never heard back from them. I EVEN called that same day about 4 hours later, to see if the manager was available... instead i was told "Oh, weve been very busy today" , well I honestly can understand that, but i also do UNDERSTAND that a guest complain is also to be taken serious, and handled within an appropriate time-period. Which honestly, I wasnt too upset about that, because i was trying not to be a peasant. but I NEVER HEARD FROM MANAGEMENT EVER AGAIN. SO on April 9th, 2017. I followed-up with them and made sure that i spoke this time with a manager, because i refuse to go to this theathre without an apology, and now a compensation, for the manager promised to do, and he seemed very genuinely apologetic about the situation, and told me "maybe she was having a bad day" but i quickly responded "well i have had bad days too, but never have i treated a paying guest that way". So he promised me some movie passes (that they would be mailed ASAP), and it is now been 6 days later, and yet no tickets, and so i am forced to go online and share my experience.

Right now we are filing assault charges against two women and three staff members of the "security" team. My boyfriend and me went to see a movie one night around 10pm. While the movie was good and the theater itself was nice, the entire place was full of loud thugs and obnoxious teenagers. I could barely concentrate on the movie with all of talking, braying, and cell phone LEDs lighting up the whole room. I believe the other reviews about being aggressively confronted and threatened, because one of the girls and her friend in front of us kept screaming and confronting us, making horrible racial slurs to both me and my persian boyfriend, saying things I wouldnt say in public if youd pay me. When I told them to leave us alone (they followed us almost to our car), one of them split my lip open. They were beating on me for about 2 minutes before security came, however, they arrested my BOYFRIEND because he was a male, and me because I asked why the ladies who assaulted us FIRST were not being cuffed. In the detainment room, the secruity guards were extremely abbrasive, stuck up for the two girls who assaulted us, and made it a "them against us" racial issue when it didnt need to be. I was shaken, bruised, and verbally abused by the security personnel with words even worse than what our assailants used (no easy feat, Im sure). To make matters worse, the management did not care and did not even show up. We are in the process of charging all five of them with greivances and assault. DO NOT COME HERE, THE THEATER IS FILLED WITH PEOPLE LIKE THIS--"GHETTO" WOULD BE AN UNDERSTATEMENT!!!

I have been going to this theater for more than fifteen years. Last night was perhaps the worst movie going experience I have ever had at any theater. - The movie I had gone to see was suppose to begin at 9pm, but it never even started. Approximately 15 people were in the theater and by the time I moved to another theater there were two hopefuls still sitting in their seats waiting for the film to start, 20 minutes after the film was suppose to begin. - Of the two Icee machines that they had, one was working, and only one of the three flavors in that machine was actually working. The soda machines were almost all half empty with only a few flavors to choose from. Also, the concession stand attendant was talking on a hands free phone set and not even greeting or speaking to customers. Just taking money and giving people cups, while talking about what he was going to do the following day to whoever he was speaking to. - When I exited the theater that never started the movie, there was a crowd of people standing at the Customer Service desk complaining about the conditions to the on duty manager who looked to be barely out of high school. Not one of these people was from the theater that I was in, so there was clearly issues throughout the Cinema. - The theater that I moved to had a man down front who had fallen asleep and was snoring loudly, and many of the other people were loud and talking through the majority of the film. It will be a long time before I return to AMC 30. 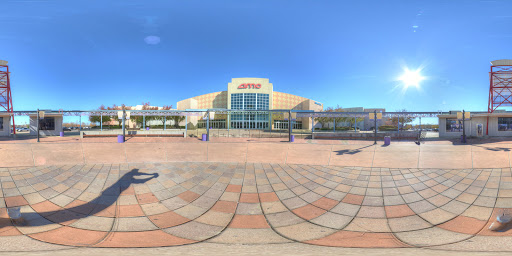 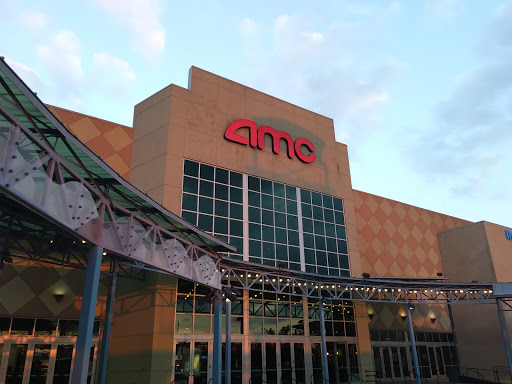 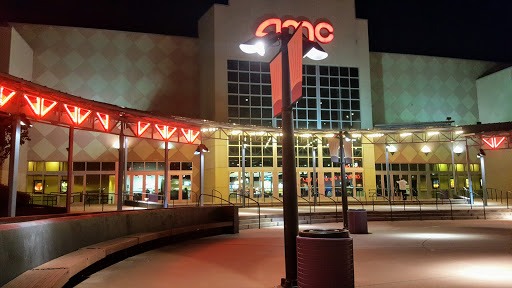 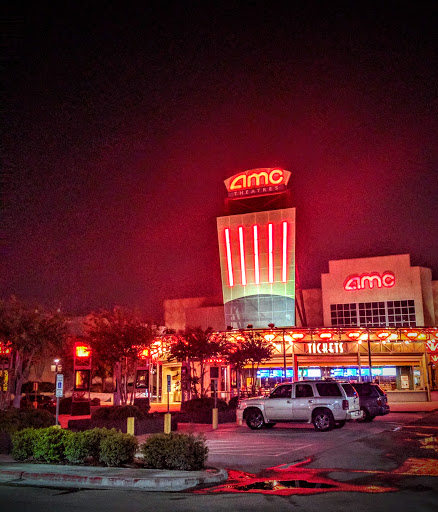 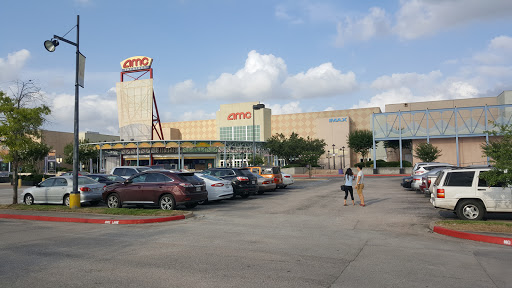 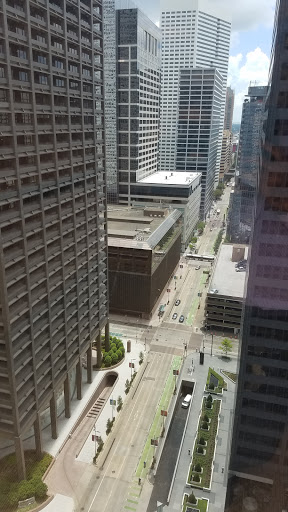 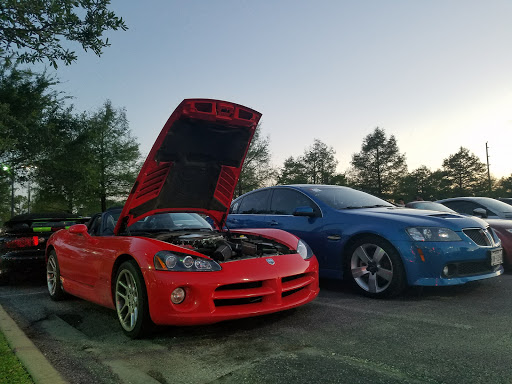 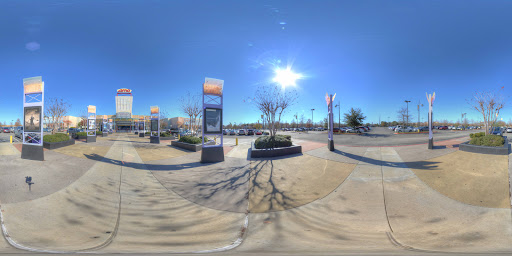 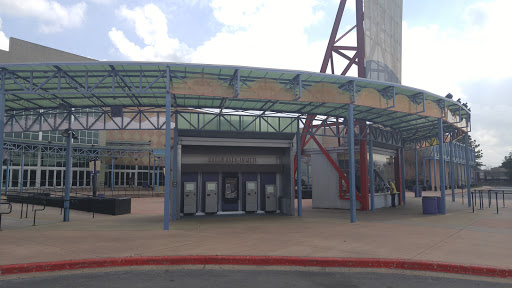 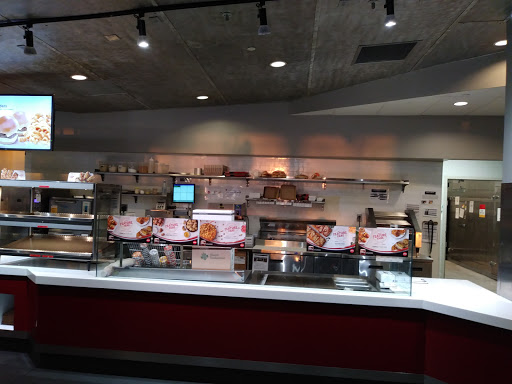 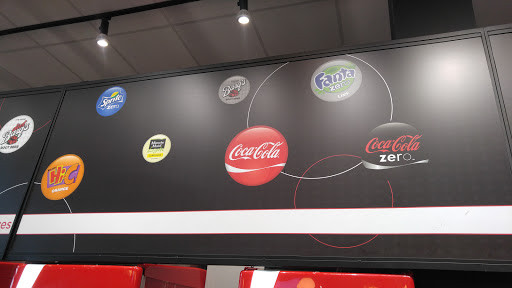 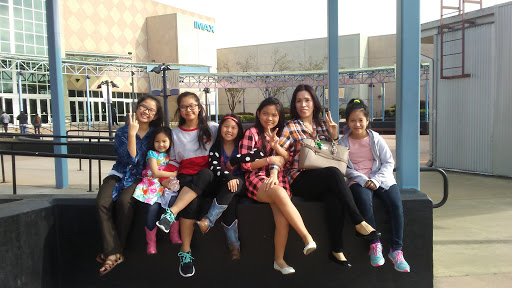 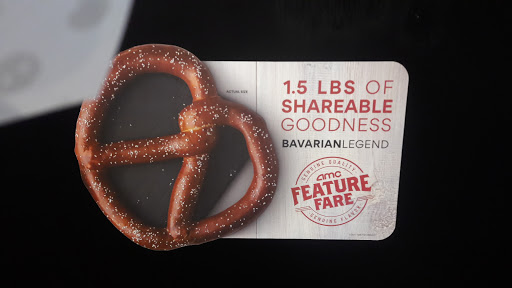 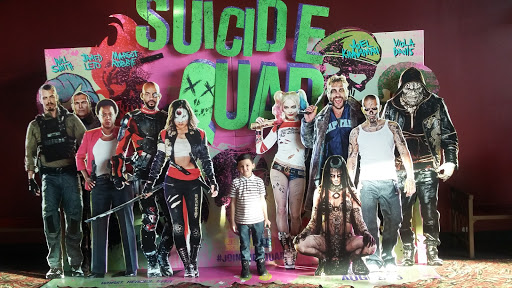 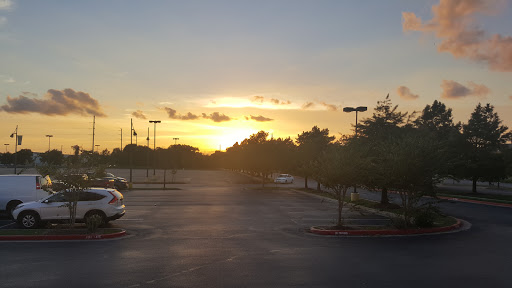 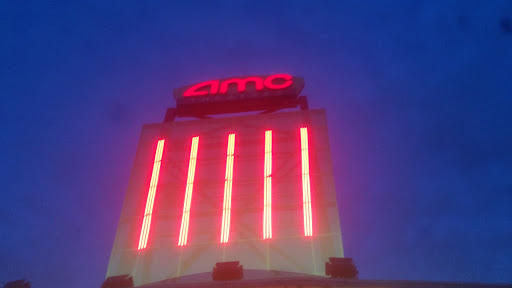