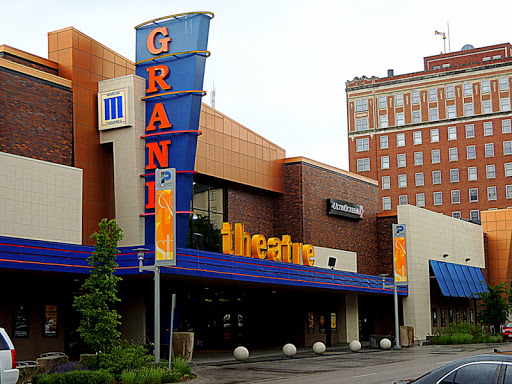 My wife and I went to this theater last night to watch The Visit. The movie was good and the seats in the Ultra Screen theater were amazing because they recline and there was a lot of room. I liked the sound system they have in the theater. However there were a few issues that the theater needs to address. This theater is the biggest theater in lincoln NE. There were about 75 people that were in the lobby after they got thier tickets including my wife and I. There were only two employees selling refreshments to 75 people and the line was very long. There are several registers. But they only had two open. I dont know if they were short staff or if the owner or manager are only scheduling two employees for refreshments but it was pretty pathetic. We got there very early like 25 minutes early and we got into our movie after the previews had already started. I am sure that a lot of people did not make it to thier movies on time. So if you are going to this movie theater on the weekends you might want to show up 40 minutes early. Alcohol is now served in this theater and some of the adult people watching the movie were drunk and obnoxious. There were several Junior High kids obviously under 17 years of age running around like hooligans in this R rated movie, Marcus Theaters must be selling tickets to kids younger than the law allows.

It has style, comfort and flair. It will be much nicer when they upgrade all their seats to the recliners. Right now they only have one theater (#1) with the awesome seats. My son and I had to choose to see another movie other than the one we had wanted to see. We chose this theater chain specifically for its extra comfortable recliners. It is less than a dollar more per ticket for the theaters with the recliners. We wouldve had to sit in regular seats. Not such a great choice to have to make! The best part was the amazing service from the entire staff...friendly and on point. And the manager chose to compensate us by giving us rain check tickets to see the movie we originally set out to see. It was truly because the only movie playing in theater 1, was horrible! The manager chose to step above and beyond, and with that service, I would recommend Marcus Jacob theaters to anyone who loves to watch movies in comfort and style! Just check and make sure they have the recliners for the movie your wanting to see so you dont get caught in the same position we did!

Went to a movie on 6/20 and it was the worst movie expierence I have ever had. The entire row behind us was talking the whole time and were taking pictures with the flash on. The guy next to us answered his phone and had a conversation while seated. A few of them would run out and back in every few minutes. A few people complained to the employees and they talked to them and kept watch for a few minutes but as soon as they left it continued. After another complaint from another person the employee came back and gave them a warning but it still continued and nothing more was done. With one more complaint (from us this time) the employee told us "we are trying to figure out where it is coming from" when they had obviously known already because they had been by to talk to them. I dont know if Id go back to that one.

Took our grandson to see Star Wars 3D Sunday night and we had 1 1/2 hour waiting period so we checked out the Take five lounge. Lady bartender was amazing, prices were actually very reasonable. We got popcorn, pop and a kid pack and that was actually kind of expensive but part of the thrill of going to a theater. We also had to wait in line for about 15 minutes to get our snacks and the younger help were not very friendly, maybe there first week of working?! The seats in the movie were very comfy and the picture and sound were great. We will be back again but will order snacks in smaller sizes and eat before movie. We had a great time!!!

Its not that I hated the experience of the place, its just like all the other corporate jumbo multiplexes in everywhere USA. The fact is that it took over the charm of smaller theatres. My favorites were Cinema Twin and Starship 9. They were outdated to some degree but I have fond memories of those places. More cultured towns and cities still have theatres like these and people who appreciate them. Marcus theatres are a monopoly so thats why they can rip us all off. Plus I guess one reviewer liked the way the employees dress but I feel sorry for them. Working minimum wage and dressed in a ridiculous monkey costume.

Although it was totally different from what it was, I saw some of the most memorable movies here. And as an avid movie buff, it means so much that the didnt convert it into a parking lot like they did the Sharship 9, just a mere block away. Titan A.E. I saw with my dad and sister. Star Trek Nemesis, also with dad and sis. After the renovation: Rambo Sky High Pirates 1 & 2 Ironman on opening night Hulk, the second one X 1, 2 & 3 and just recently last year...Man of Steel. The first ever Superman flick I was able to see, in my lifetime, while it was still on the silver screen

bathrooms are clean sometimes but other times not the cleanest. the bar lounge is great. the one guy bartender with dark brown hair sharp looking white guy, his attitude was great he seemed tired but still alert and ready to help anyways possible. we wanted a drink before our movie and he was kind enough to look up the time it was playing, really great attitude super professional offered everything he could to make sure we had the experience we were looking for. this guy would make a great wing man he helped my date go smoothly.

The theater rooms are amazing! The seats are great and the walkways spacious. Underneath the seats arent always clean (almost always dirty with popcorn and other trash) The service is generally really good and a lot of them have amazing energy and are also very knowledgeable on the movies. My one biggest problem is that if you want a refill during a showing be prepared to wait a LONG time. Even though it would only take a few seconds to give you a refill so you can go back to your showing they ALWAYS make you wait in line.

We went last night to see a 6:50 showing of Hidden Figures. We ordered a couple coffees from concessions, and there was only one worker who took about ten minutes to serve us. The consessions floor had spilt popcorn on it, and by the time we walked away, the line had about 20 people in it. In the bathroom, the trash can was overflowing, and the toilets needed cleaning. During the movie, we could hear music from the theater next to ours. We were a bit surprised to see that the Grand Theater had gone down to this level.

There should be an option that allows you to choose zero stars because that is what Marcus Theaters deserve any more. It costs about $11.00 for a medium Coke and medium popcorn. How can the average family with two children afford a family movie night at these prices along with the cost of the movie? I think it is a shame that they built this monstrosity and now have to gouge people in order to maintain it! This is why monopolies should not be allowed and Marcus Theaters is a monopoly in Lincoln. 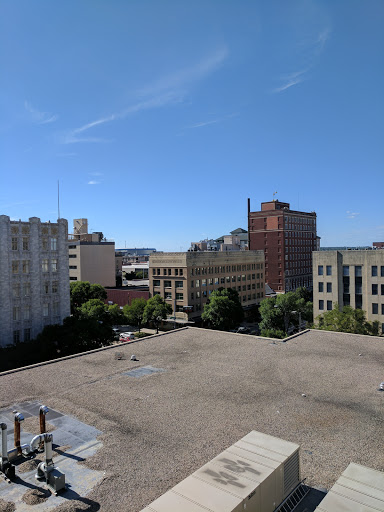 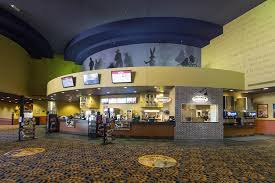 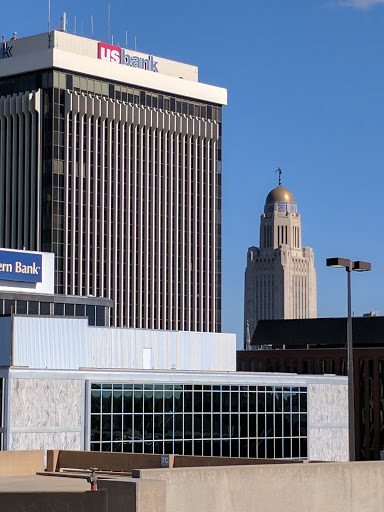 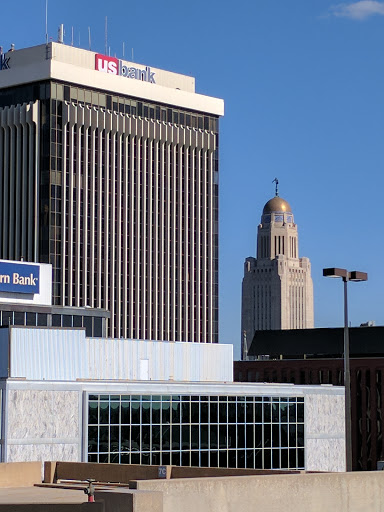 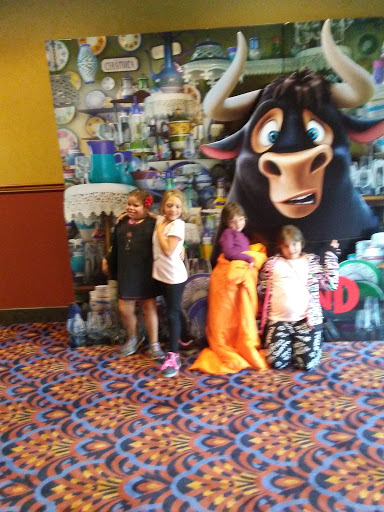 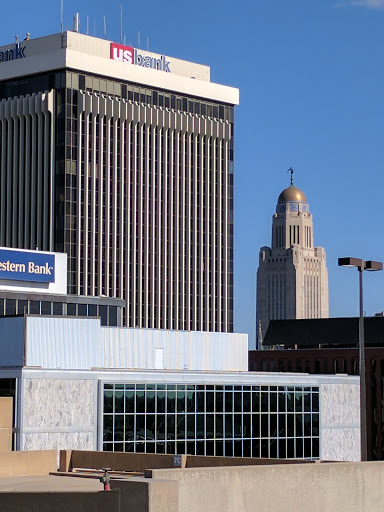 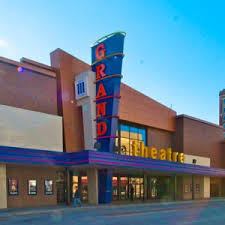 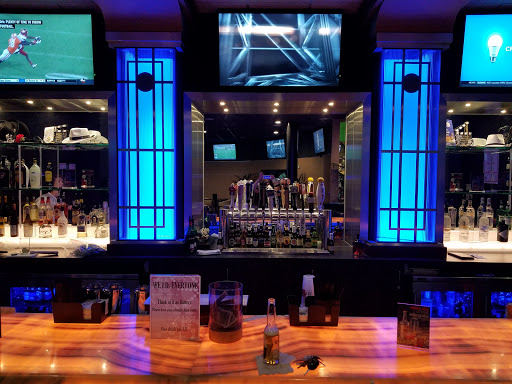