Unfairly Discriminated - I have never had a worse experience at a theater than this. Upon arrival I grabbed my shoulder bag and headed in to purchase my ticket. I keep all of my stuff in my shoulder bag, including my spare glasses my tablet/e-reader and my credit cards, cash, and driver’s license and a few miscellaneous small items including my keys. Additionally there is a small pocket where I keep my water bottle. I walked in approached the ticket counter and purchased my ticket retrieving funds in obvious view of the teller, with plenty of time to spare. I then approached the concession counter and had the same experience. I have now been through two interactions with representatives of the theater with no issues. I approach the ticket redemption stand with my nachos and purchased bottle of water. Upon approach my ticket is torn in half but before letting me enter the person tells me I can’t take in outside beverages and must empty my water bottle, to which I happily oblige. When I turn back around to enter the theater there is now a security person at the stand who tells me he is required to search my bag for weapons, this is a little odd to me but again I oblige. After he fondles through my bag he now proceeds to tell me I need to leave my bag at the concession if I wish to enter the theater. He informs me that because it has a tablet and he cannot allow it in. This would sound like a reasonable argument if it were remotely the truth. However, in the current technological environment, nearly all of us carry around a tablet in our pocket everywhere we go (its called a smartphone). The only difference in this case is that I have one in my pocket and one in my shoulder bag and as such the argument no falls quit flat and has no validity. So now, I either have to turn my personal belongings over to a movie theater staff which I have little reason to trust, to keep for 2 hours or I have to go back out to my vehicle and leave my items there. I can no longer get my money back because I have purchased food and they have already torn my ticket, essentially I am left with no choice but to return to my vehicle with my bag and then sit through the movie while being very upset. I return to the theater and ask for the manager’s name and the name of the security company to file a grievance. Rather than just provide me with this information I am made to wait several more minutes for the manager to give me the information directly. To add insult to injury not once was another person stopped and searched or required to release their personal belongings to the concession counter in the entire time I was detained at the ticket redemption stand, not one woman’s purse or handbag was searched. Additionally, not once did I receive an apology or an offer of some form of reparation for my inconvenience or for the fact that I missed the first 15 minutes of my movie. I will not be offering my patronage to the NCG Eastwood Town Center facility again. I feel violated and dirty having been through this experience. They should be ashamed of their behavior. I can’t help feeling that because I was a man with a shoulder bag and not a woman with a purse I was the target of extremely sexist discrimination.

Overall the theater is nice, clean, safe, and a great place to see a casual movie. If you can afford the extra cost, the Xtreme theater is well worth the money. It is comfortable with a very large screen and excellent sound. It definitely gives you that immersive feel that you want in a movie theater. We go to this theater a lot - 3+ times a week at least. Because we have been there so much we have found a few annoyances that I would like to mention. These are not deal breakers (usually) for anyone casually attending the movies, though. The first thing I would mention to anyone going to this theater is to expect at least 3-5 minutes of commercials at the start of a movie. They had been playing the commercials 3-5 minutes prior to the movie time but recently changed to begin the commercials AT the movie time. So, if your movie is at 9:55, expect the previews to start at 9:58 or 10:00 - after the commercials. The commercials are annoying but I have noticed that it is leading to a bigger problem, which is also the second item of concern I would mention to someone going to NCG. Talking / phone usage during the movie is getting out of hand. The lights dim at the proper movie time and the commercials start playing. People realize that the movie isnt starting yet and continue their conversations / texting on their phones. This, of course, is fine, because who wants to watch commercials? However, normally when the lights are dimmed people understand it is time to quiet down, put the phones away, and setting in to watch the movie. The commercials are changing this because the lights dim just prior to the commercials starting. This seems to lead to a restless audience that has a harder time settling down at the start of the actual movie. The staff is friendly and concerned about this issue but fail to actually do anything about it. You can only get a refund if you involve the staff but even then, its not worth the effort or frustration. We normally ask someone to quiet down / put away their phone and then change seats if they continue to be distracting. The only last item I would mention is that the popcorn seems to be hard on a sensitive stomach. Im not sure why this is but every time either of us eats the popcorn we end up with an upset stomach after. The popcorn tastes good but if you have a sensitive stomach you may want to try a small first (or if someone else in your party is buying popcorn you can get an add on popcorn for $1, which is smaller than a small).

Up until now I have preferred coming to this theater. Movie tickets and concessions seem like a better value than the other theaters in Lansing, plus with their loyalty card you get a free movie ticket every 10 movies you see. But after my experience watching Suicide Squad and lack of any formal response from NCG Cinema, I will be going elsewhere. The starting time for the movie was 9:10, and the first preview started at 9:17. This by itself isnt a deal breaker. Once the movie started, the projection was about 25% larger than the actual screen. This meant that 25% of the movie was projected onto the walls to the left and right of the screen - the walls where the curtains sit, so the entire projection surface is dark, wavy cloth (not great to project a movie onto!) It was also aimed about 10% too high. I wasnt able to see approximately 30-35% of the movie screen. It is my opinion that the projectionist wasnt paying attention to what he/she was doing (starting the movie late, not aiming the projector correctly.) Rather than miss more of the movie, I figured I would express my concerns to the supervisor after it was finished. The response I got was basically "Thanks for letting me know, Ill look into it." I missed a third of the movie, and thats your response?! I e-mailed NCG Cinema when I got home and explained the experience. That was over a week ago, and I still havent heard back. Terrible customer service. Terrible communication. And I can only imagine what the projectionist was doing that made him/her so distracted. 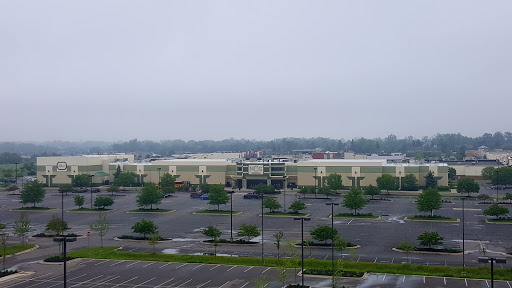 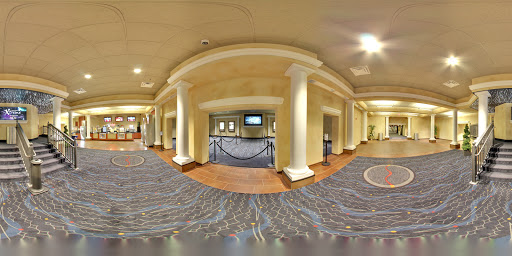 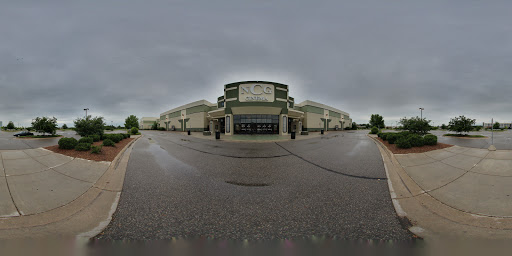 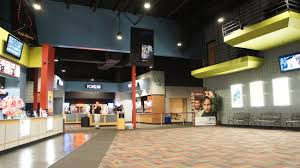 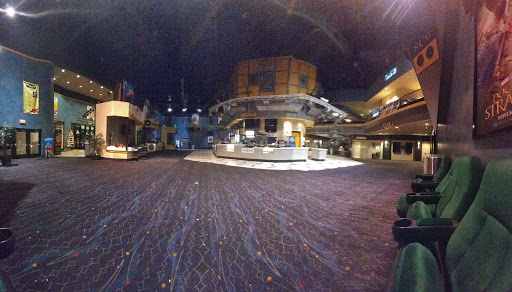 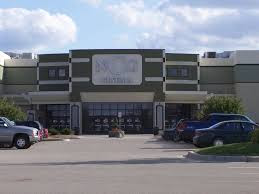 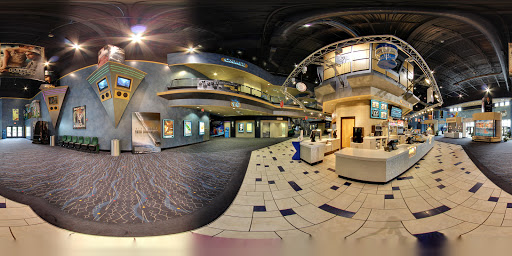 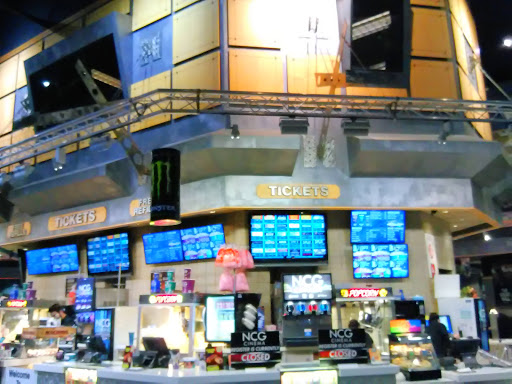 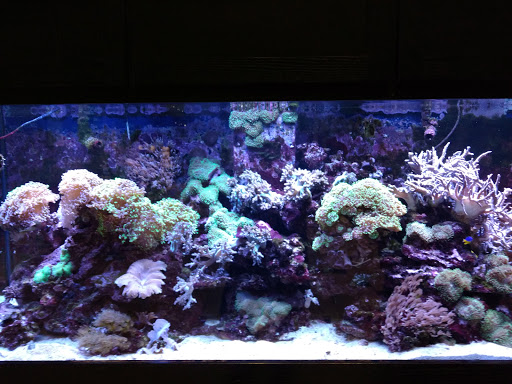 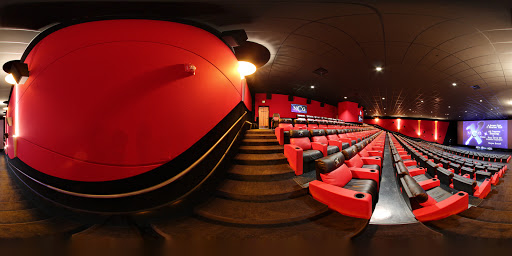 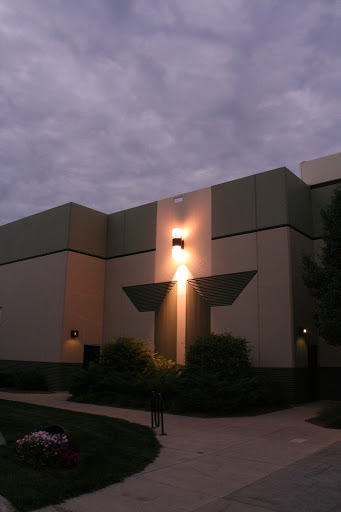 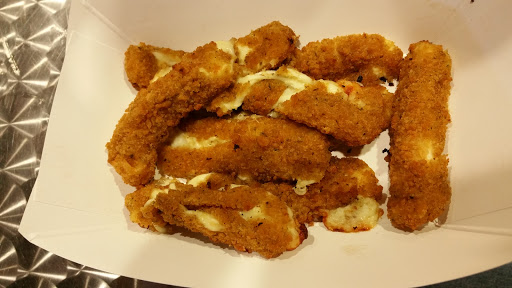 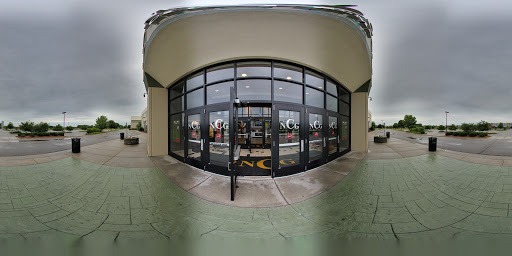 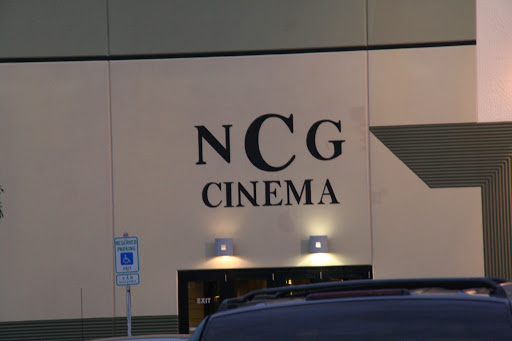 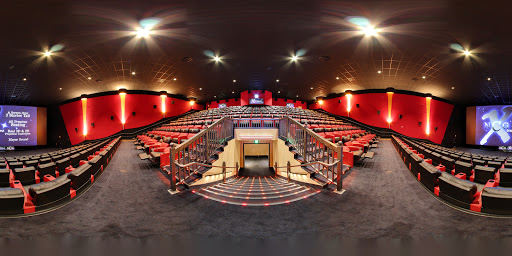 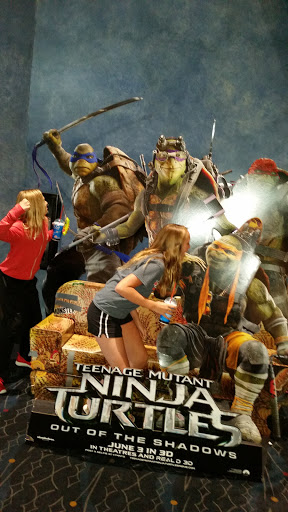 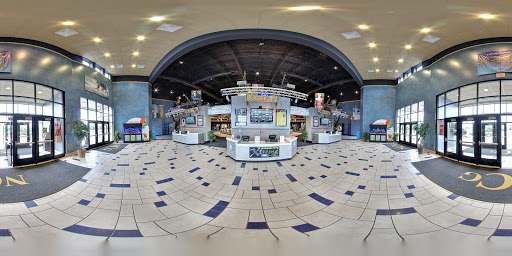 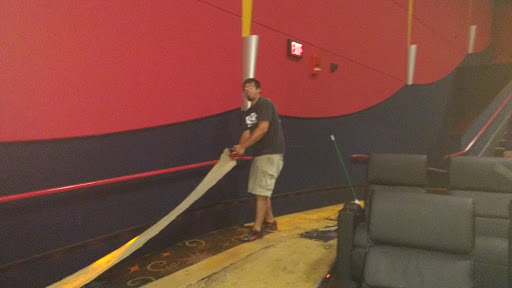 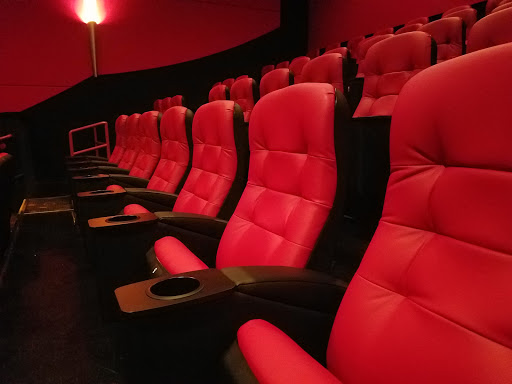 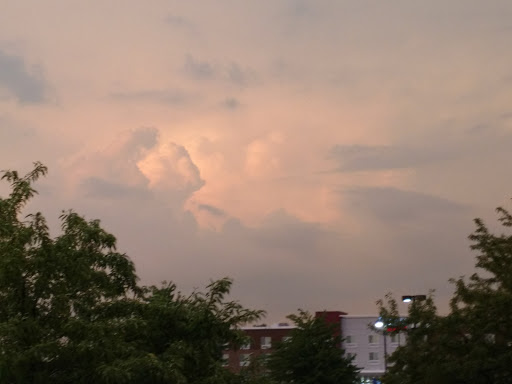