Went to see Wonder Woman in XD theatre 8 on 6/5/17 at 7:45pm. Even though our tix were prepaid and I had a qr code, the printer at the usher stand was broken. We were told to print them out at the box office. Typically, not a problem but the cashiers didnt have the ropes up to form a line. People were just wandering about trying to figure out where to go. Floors and cup holders were filthy. The person behind me kept complaining that his shoe was sticking to the floor. Ushers never came to check on the room and walk across the floor. Had they done so, they wouldve seen people in row G on their brightly lit phones and heard the baby in row I crying. I shouldnt have to get up out of my seat to report this. The popcorn tasted stale, and it was a bunch of small broken pieces. The ladies room had toilet paper on the floor in most of the stalls and the floor was very wet in several areas. IDK if they were short on ushers or if management had the night off but I dont think Ill come back anytime soon.

NEVER again will I ever go see a "scary" rated R movie at this theater again due to the employees not doing their job to make sure theyre are not kids in the movie who are not accompanied by an adult! Went to go see Insidious 2 and the first two rows of the theater was filled with nothing but minors who were not accompanied by an adult. They did nothing but scream at every small scary scene & not only was I annoyed but many others that are considered "legal" for rated R movies were complaining during the movie. I finally had to yell for them to "shut up". Another parent went and told the staff, which had one of their employees come in there to check every few minutes but it did nothing since they still screamed once the employee was out of sight. If they would just do what Harkins theaters do by having an employee ID customers while theyre entering the actual movie theater of the movie they were entering, it would seriously help with this problem!!!!!!!!

Had a very negative experience today at this theater and was very unhappy with the way management attempted to resolve it. I sat behind a toddler who talked throughout the entire film, while his father barely tried to do anything to quiet him. I finally became annoyed enough to nudge the fathers chair, which was followed with him turning around fully in his seat and staring at me. At that point, I had had enough and went to complain to a manager. The managers solution was to walk across the front of the theater, check the exit door, then stand at the entrance for five seconds before leaving. I had hoped for a better resolution to the problem, something along the lines of the manager talking to the father about how inappropriate it was to have such a young child in a movie not meant for children. That being said, the picture quality, sound quality, and seating were fine, which is keeping this from being a 1 star review.

This is my favorite movie theater in the Fort Worth area. Pros: * No seat reservations (this is why I stopped going to Rave; one location being just 5 minutes from home) * Always clean * Comfortable seats * Great sound system * No seat reservations * Self-serve refreshments = no long waits * Self-serve tickets = no long waits * Friendly staff * Did I mention no seat reservations? Cons: * No consistency on when they start seating. I have seen them begin seating anywhere from 15 to 45 minutes prior to movie time. * No bar. Bars have become the norm for theaters in other parts of the state. Why is Fort Worth so late to the game? * Large drink prices have gone up twice since the theater opened. Rave (which is owned by Cinemark) has stayed the same price over the same period of time and is less expensive. * That one self-serve ticket machine outside that seems to have been out-of-order for at least a year.

Ordered a bloody mary and when it came out it was "plain" meaning no olives, celery, or anything. I asked our waiter if he could bring dress up my drink and he came back with 1 olive and 1 spicy string bean. I asked for a celery stick and he said they ran out of celery. Ok no problem. Them our chicken wings came out with 5 celery sticks and ranch sauce. Really? My wife ordered the Long Island Iced Tea and it was so sour that whatever small amount of alcohol that was in there evaporated before the glass was finished. Seriously get a decent bar staff. It was 10pm on a Saturday night and the restaurant was empty.

We saw a great movie, but had a beyond horrible experience at this theater, we wont ever be returning to this location! The way the concessions are set up is terrible, it was a mad house, super chaotic, no one knew what to do or where to go. The staff was rude and unhelpful. The theatre its was tiny and the seats were made of cheap uncomfortable plastic and all squashed together to get in as many seats as possible. Sorry, but if this is how all new theaters are being built now, Ill choose to stay at home and watch streaming or Redbox over that!

I think its funny that they try to deny me and my brother into a rated R movie after selling me the tickets! Im 23 years old?? They tried to tell me because Im not his dad that they wouldnt let us in! Wth??? He lives with me you idiots? Hes 16 almost 17 and if I want to take him to see a movie as his Guardian I will take him to see what ever the hell I want to! Because of there bull crap hold up we had to sit in a crap section of the theater. So unhappy how dare they try to pull that AFTER they sell me the tickets!

I dont plan on going back to this theater unless things change. I paid extra for reserved D-Box seating. However, they do not enforce any type of seating arrangements you might have. Once I sat down I noticed at least one group of people setting in the reserved seating. They realized it was reserved and moved to lower seating only to come right back once the movie started. Not once did anyone from Cinemark check their tickets. Why do I have to pay extra because you dont enforce your seating policy?

I saw a man enter the movie with a back pack on, asked management to look in it since so many horrible things have happened around the world under similar circumstances, they refused. I was with my family and concerned for their safety, again they told me no. I refuse to return as even after I notified their corporate office about the incident more than once, they ignored my requests for contact. If you have issues with the security of this facility, and you address them, you are ignored.

I love the location and the selection of screens and the size of the individual theaters. I know people complain about kids but its not the theaters responsibility to make kids mind. Entertainment is not cheap so if its too expensive, go somewhere else because its worth it to me to not have to drive an extra 10 or 15 miles to the next nearest theater. Theres ample parking and lots of restaurants in the area. 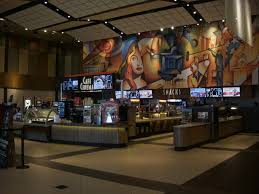 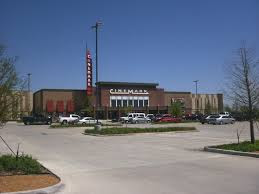 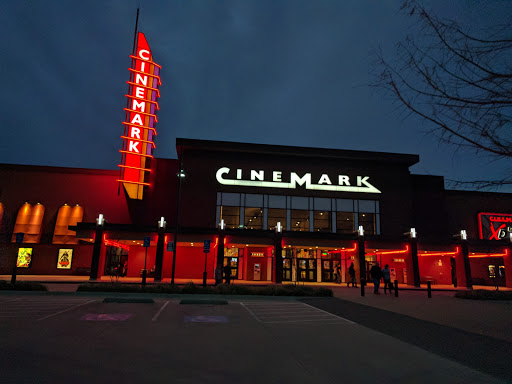 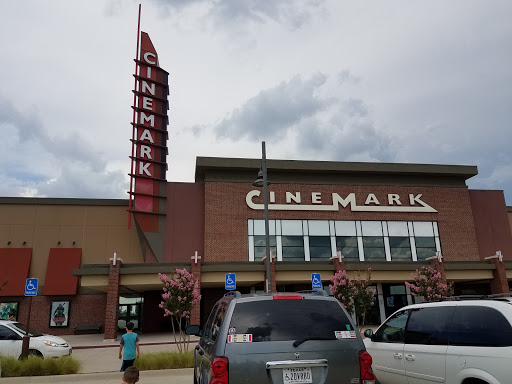 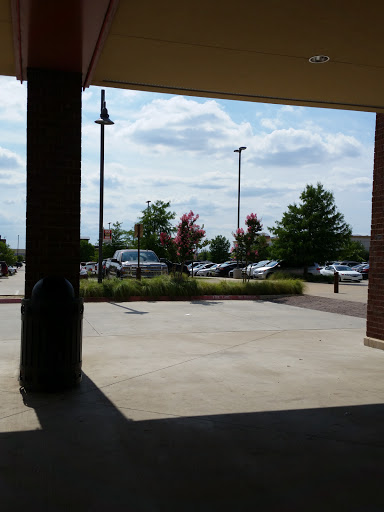 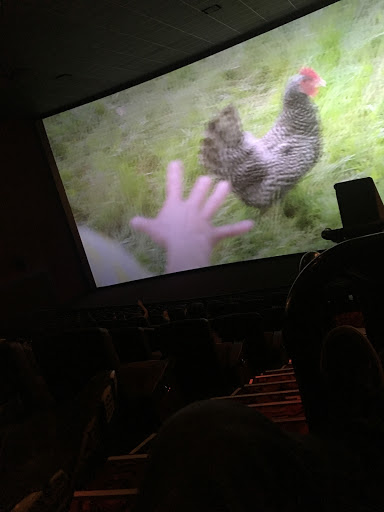 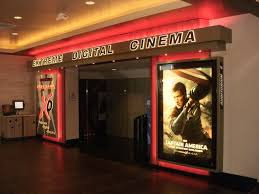 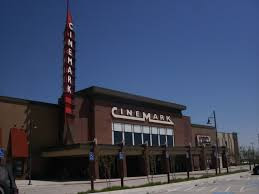 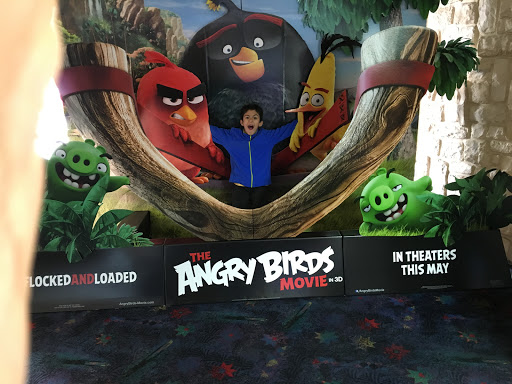 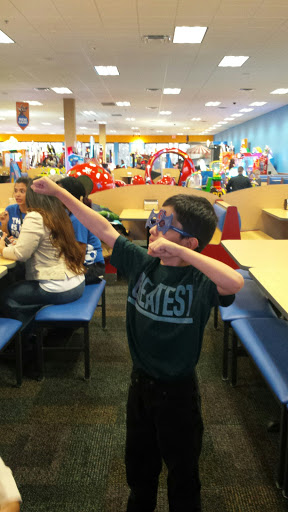 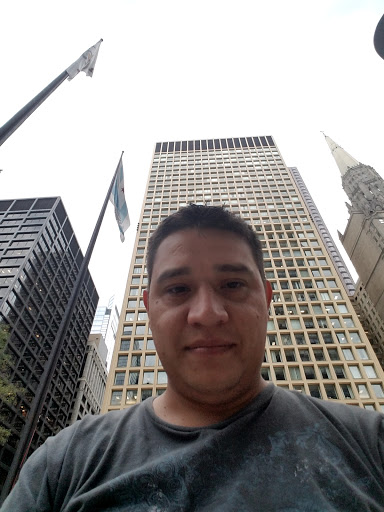 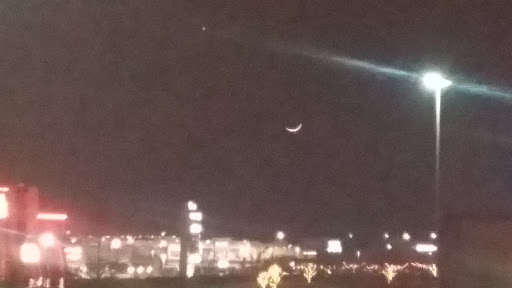 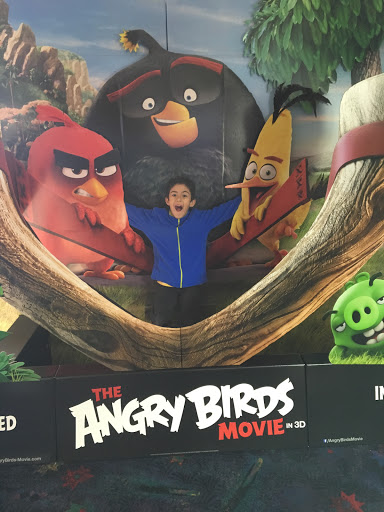 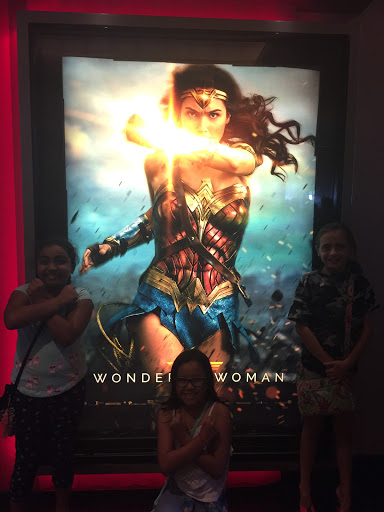