I was happy to find out about the Skating Palace, which is much closer to our Alexandria home than the Manassas skating rink. Unfortunately, it well be making the trek to Manassas from now on. Employees are pleasant enough, but the place was short-staffed. The skate mate rental area doesnt not accept cards, so I had to stand in the VERY slow line at the café to swipe my card. Afterward, I went to rent our skates and got chided for retrieving my own pair after waiting about 15 minutes for the staffer to appear. He pointed to a security camera, said hed get fired, and that I should have gone to the front to ask for his assistance (my thinking is that if he got fired it would be because he wasnt doing his job!) The skates were badly worn, with the insoles completely gone so that I could feel screws through my socks. (Note: the very nice and helpful DJ, James, found me some new insoles as, by that point, he and not the aforementioned employee was manning the skate rental area). The skate floor is okay but worn. However, there was NO guard on the floor, so I didnt really feel safe taking my 8-year-old son out. Also, the floor joints where skaters enter and exit the rink are bumpy easy to fall on. Finally, the air conditioning didnt seem to be working well--we were sweating even before hitting the floor! As others have pointed out, the skating rink is located in a rather run-down strip mall in a less-than-wholesome-looking part of town. Because of its location, I REALLY wanted to like this place. Sadly, Ill make the long drive to Manassas next time because the quality is much better.

I was just there on Sunday 4/10/16 with my kids and family. I was so impressed when I walked in and it was a lot of customers in the line and the cashier moved everyone quickly. She smiled and greeted me with a warmth feeling that I just knew we where in the right place. She asked me how many was skating and would we like to try a Combo or better yet a Family Four Pack once she realized I had 4 in my party. I then said y s maam I would like the 4 pack. The cashier asked me if Ive been there before I stated no and then she asked me to sign a waiver card and then handed me a blue card and said for me to bring this blue card each time I come. She even made a funny joke. She was awesome. She then told me which direction to go get my skates and lockers. My cashier name was Timia. I advise everyone to bring their kids here!! Cashier is awesome the staff was very friendly. The DJ was the Best. It was so clean!! I even saw my cashier Timia again when I was leaving and she handed everyone Flyers about upcoming events at Temple Hills Skate Palace. This place rocks

The only reason why I decided to have my daughter birthday here was because I grew up going to Crystals. THE WORST MISTAKE IVE EVER MADE! The managers there are so RUDE! And they rip you off for your money! How do you let somebody know 2days before a party anybody 2-17 years old have to be included in a party package. Then I had two slots open and my 18 year old sister wanted to skate they told me she couldnt be included on the list and I couldnt get my money back. But I had to add a 15 and 16 year old to a 3 year old party package. But the email they sent said all non skating adult admission free but never specified until 2days before. Then I asked well what if they arent skating they told me 2-17 had to pay 6.50 but werent allowed in the party room? I will NEVER be back to support this rink to anyone reading this you will be better off going to Seabrook or Laurel!

On Friday, April 10 2015, I took my two little girls to this place because the school gave them a free ticket. When we got there, I had to pay just to get in, and pay to rent the skates for them, and pay to rent the bracket for them. An hour and half later, I came outside and noticed my windows shattered. Someone broke into my van and stole a backpack with personal documents inside it. Another car was also broken into in a broad daylight. Police came and said it gets worse nights and weekends. A co-worker warned me about this particular center. That was my first and definitely my last time there. I have warned my friends and families and anyone out there that cares to know. BE WARNED!! They should invest some money and hire a security guard.

I came here on Friday for gospel night and it was terrible. I used to come here as a teenager in the 90s and the bathrooms are still nasty. I could not believe the rink floor looked the way it did. It was very dark with light spots everywhere and wood was coming up in some areas. Also, there was a trash can on the floor to catch water from the ceiling, which was dangerous and the skate guards paid no attention to the kids. Gospel rap was playing most of the night. I felt like I was at a teen night. This could really be a nice place to skate again, if the someone would take the time to invest in the place.

Horrible customer service, I drove over an hour only to stand in line for 30 minutes. I finally get to the window and the girl behind the window was arguing with another girl that worked there. She ends up leaving the window for 15 mins, when she came back she was still talking to another employee. The female at the other window took people before me and my kids and didnt even offer her assistance. This is not a place for kids, the teenagers curse and the place is GHETTO!!! I would never recommend this place to anyone. I contacted the manager and I am waiting to see if he calls me back.

I bought a Groupon for here. My husband discourage me to go. I didnt want to waste my money. I took my 6 year old daughter and her friend. The best thing about here is the music. The staff is unprofessional and very slow. I also didnt like the fact that you have to pay even if your not skating. My daughter had an okay time but I will never bring her or come back again. When ordering food waited at counter for 15 mins. Staff didnt acknowledge me waiting. Pizza look like cheap frozen pizza. It was not the best experience.

I had an amazing time at this location. I visited as a hired DJ for Howard Universitys Caribbean Student Associations Skate Party. The party of a 150+ people enjoyed themselves tremendously. The staff (in general) and the referees (in specific) were professional in their duties; I remember several helping me with my equipment without hesitation. Suggestion: If you plan on doing an event here with a DJ, advise him/her to bring a monitor as the DJ booth is isolated from the main skating ring.

It was my youngest 10th bday and she had a absolute ball so much so that I had to make her take several breaks because she was so hyped..The service was 100% clean kid friendly environment food was hot and on time...It was axactly what the promotion offered and more with skates games food and all out fun..This is my second time having a party there for my kids and they love it...If your kids love to skate and love birthdays Skate Palace is the place to be 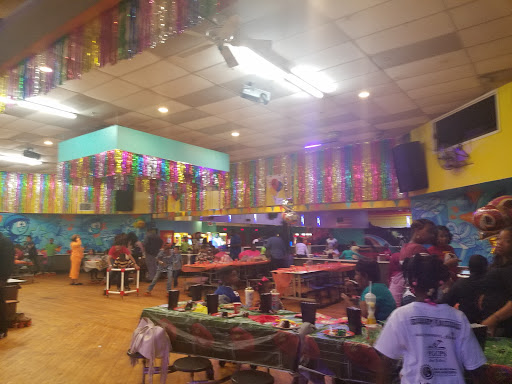 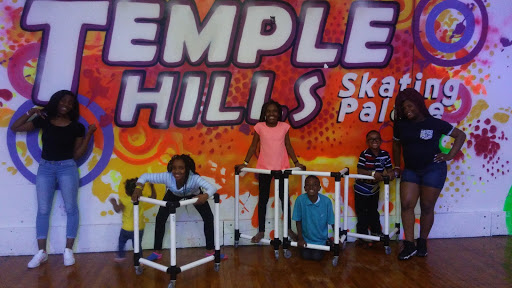 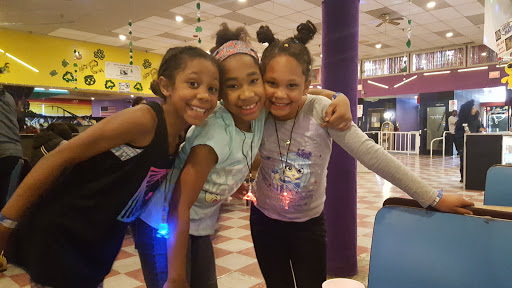 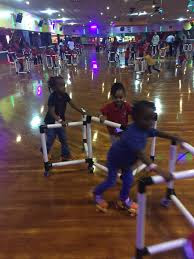 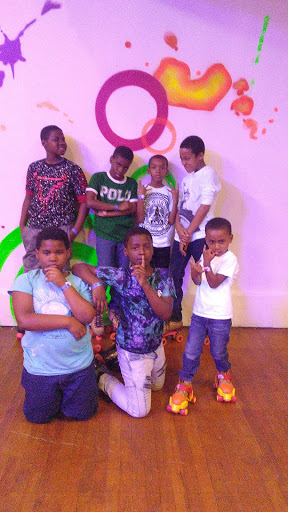 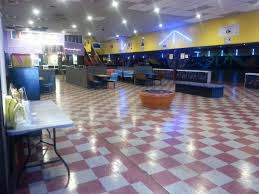 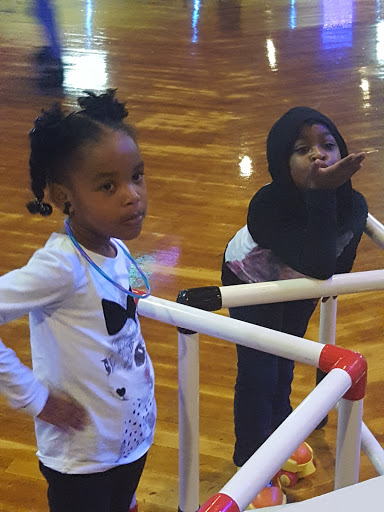 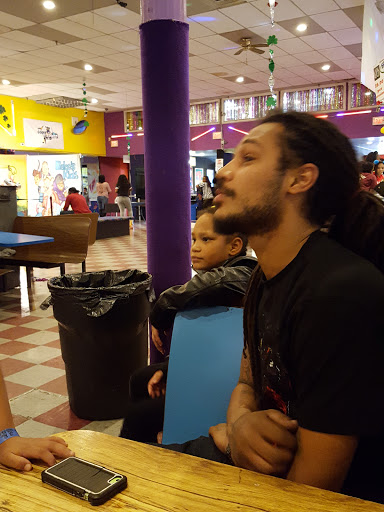 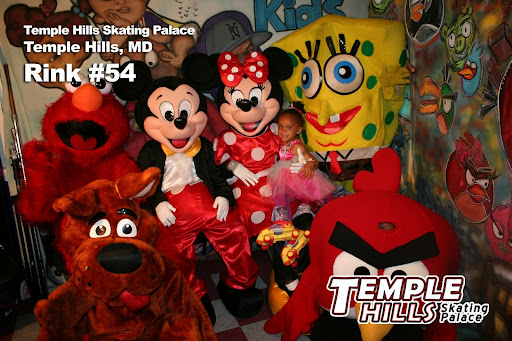 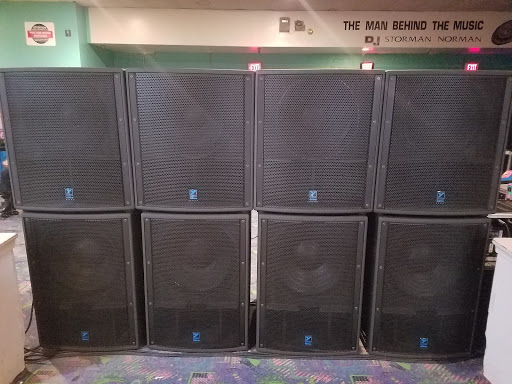 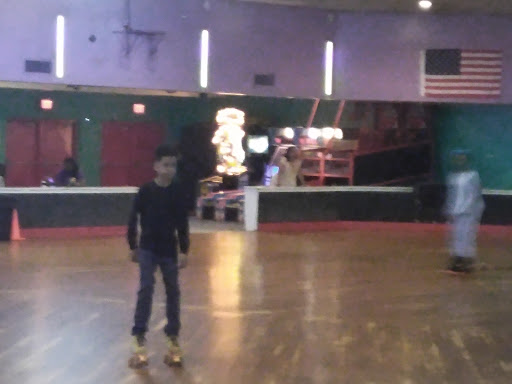 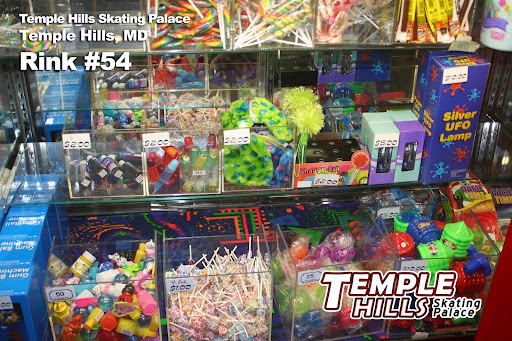 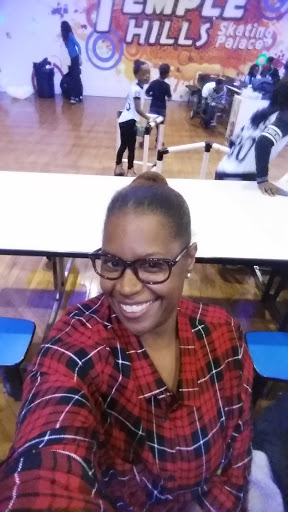 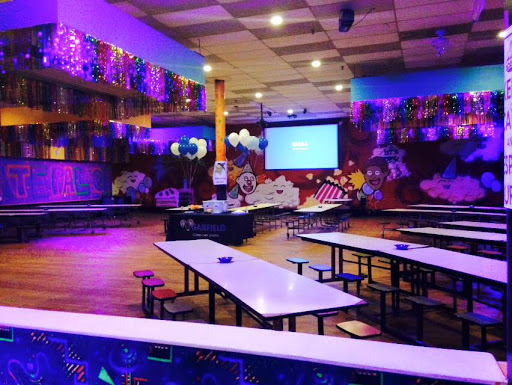 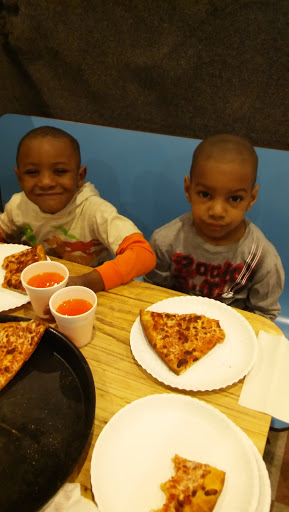 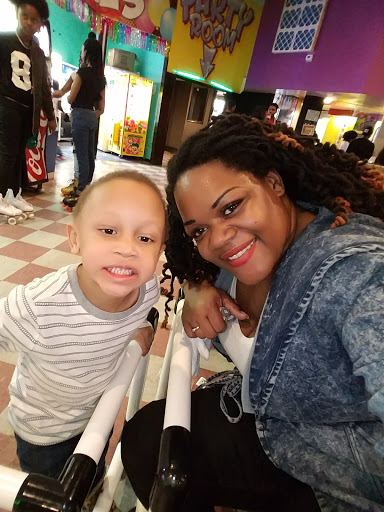 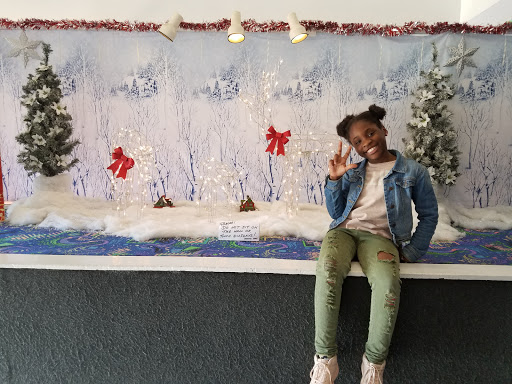 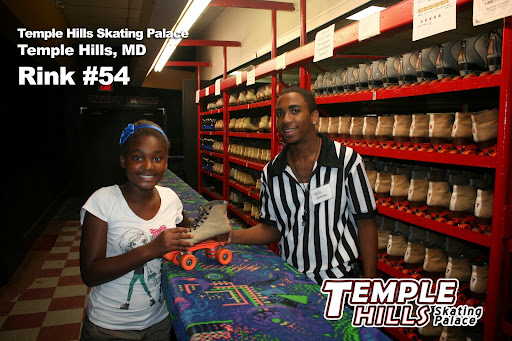