My family celebrated my daughters 7th birthday at White Water Bay on Saturday, July 1st. We reserved the ultimate party package and had a nice poolside location. When we arrived we were greeted by Johnathon and taken to our private cabana. He set us up well and even brought out my daughter a sausage pizza (her favorite), even though the reservation said all the pizzas had to be the same (we had chosen cheese for everybody). As the day went on we met Caleb, the cabana servicer. Overall, he did well, however we hit a snag in the later afternoon hours. He hadnt realized we had reserved the ultimate package and that our dippin dots order came with the reservation. It ended well, though, we were not charged for them. When I mentioned Beach Bucks and goodie bags to Caleb he had no idea about them. I waited over an hour for him to come back with them before I went to find Johnathon. At this point I was told Johnathon left for the day. So, I tried to track down Caleb. That took about another hour. Its about 6:00 pm now and we are trying to leave for the day. Finally, Caleb was found, he still had not tracked down goodie bags or beach bucks, and a lady named Haley brought out our goodie bags and beach bucks. The end of the day was very messy, to say the least. When we finally got everything situated, we realized we only received 8 goodie bags & beach bucks vouchers, when I had paid for an additional person, so we should have had 9 altogether. I barely had the patience to wait the first time for all of this, so we left without the last goodie bag and beach buck voucher. Overall, everybody had a decent time, however, it could have been better. Here are my final official recommendations for improvement in the future: •Ensure that all employees involved with party reservations are well informed of the circumstances surrounding the party: Only Johnathon seemed to know the details of our reservation •Please place "Reserved" signs around private cabanas: we had dozens of people show up in our private area, we were constantly letting them know we had reserved that site. Our location was right at the end of the public covered lounge area by the wave pool. We werent under any of the colorful named cabanas, it was a little difficult to tell it was a special area. Yes, there were ropes around the area, but this obviously isnt enough to keep people out. I like to think a sign (possibly multiple signs) could prevent this from happening in the future. •Perhaps have the cabana servicers provide a default location or place where somebody could find them: Half the people I spoke with that helped me track down Caleb didnt even know who he was. I first went to the cabana rental area, then was sent to the gift shop (where I waited for an extended period of time), then I went back to my cabana. I will seriously consider reserving another cabana in the future, as my daughter and the kids had lots of fun. However, I would very much like to see some improvements. I had reached out to White Water Bay about comments via email but never heard anything back. Thank you for providing a facility that my family greatly enjoys, Kristi Robertson

I used to come here throughout my years in elementary-highschool and enjoyed it and thought it was clean and fun and so decided to get a job here the summer before my senior year. I worked here and would have to say that I would not let any of my family or friends or anyone I have any care for come to this park without warning them about my experiences with the park when I was a lifeguard there. In short, the park is disgusting. I would start off with clean clear water in my section of the pools or lazy river and by 1 in the afternoon you can see it get cloudy and have a tint of yellow and you cant tell unless you know what it looks like when it is clean. The sad part is it isnt even from fault of the employees or the management, the pools are cleaned every morning for quite a few hours by the lifeguards that sign up for pool crew and they usually do a fantastic job. However the people that come here for the most part are just unsanitary and Im not just talking about kids urinating in the pool Im talking about full grown adults having sex in the wave pool and finding floating used condoms in the pools or seeing a big piece of crap floating next to children in the pool or puke from grown men and women that dont have the decency to get out of the pool to puke but instead puke and just swim away from the spot, and yes I was watched and seen all of this happen. Its sad when you have to ask adults to stop having sex in the pool as it is a family place and there are children like 5 feet from them. Oh and dont let me mention how rude some people will be once you get to the top of the slides and they are told they are too heavy to go down oh my word they will get mad at every person up there because they couldnt read a sign that had a posted weight limit so they are upset that they walked up and waited in line for so long only to be told that they are too big to ride. Do yourself and your family a favor and just go to a public pool instead, I can almost guarantee that it would be more sanitary than this water park. I hope this review helps you at least be aware of what you are getting yourself into. Oh and its overpriced as heck but if you insist on going the gas stations normally have coupons that will make it cheaper to go.

My boyfriend and I went for the very first time today and had fun, but we were shocked at how expensive it was. First you have to payb $7 to park there, which is ridiculous. Its a small parking lot and the only one around you can park in. I had one of those $10 off coupons from Subway and at the ticket booth they said it was going to be $62 for both of us AFTER my coupon! For general admission! We used my phone to buy the tickets online for $19.99 each instead of the outrageous $28.99 at the booth, which saved us some money (not including the $5 convenience fee for online) but would have saved more if I could have used my coupon. And then we had to rent a locker to keep my phone and money safe, which was another $12 so there went the money we saved from the admission. Besides the outrageous prices, we had fun. The wave pool and lazy river were nice and the slides were fun, apart from getting injured at the end of one because they stuck my boyfriend and I who are average weight and height with a very overweight man and a baby and as soon as we reached the bottom of the slide we flipped over and all ran into each other. Amazingly I was the only one who was injured: I collided with either the wall or someone and hurt my shin, shoulder, and then my wrist and fingers got twisted and bent backwards. Im fine, the staff were very kind and concerned, but it sure hurt for a few hours and Im expecting several bruises to show up. Aside from all that, I would return if I had a lot of money to burn. 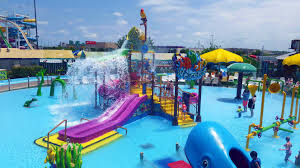 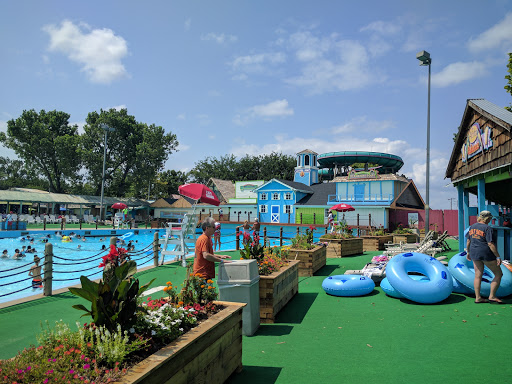 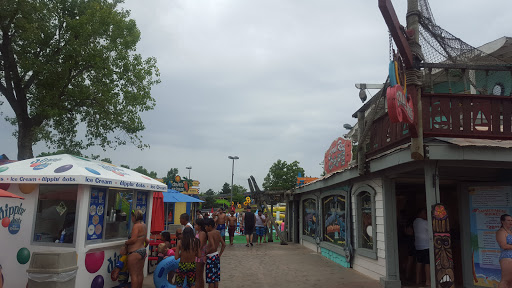 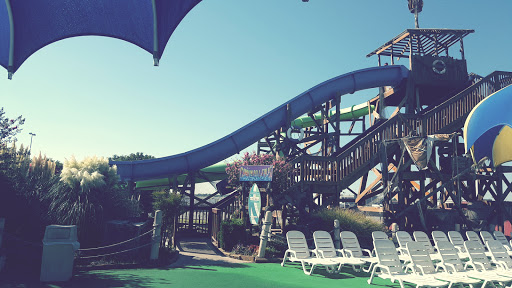 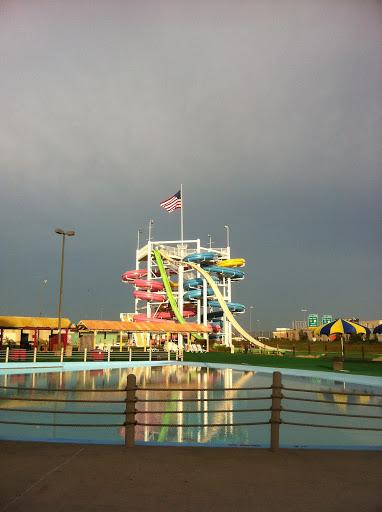 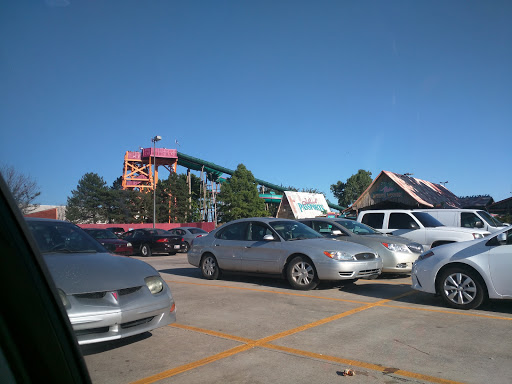 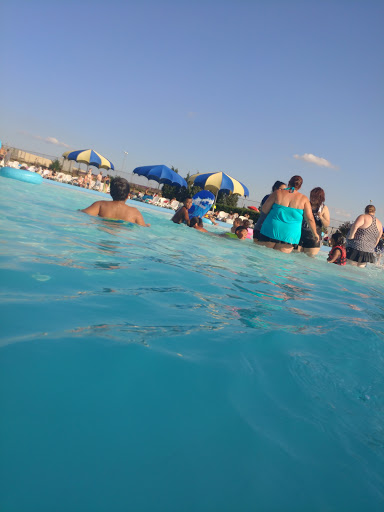 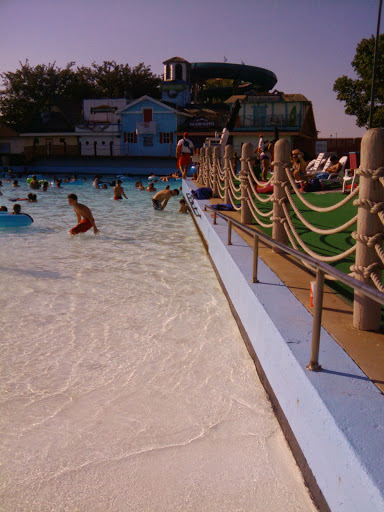 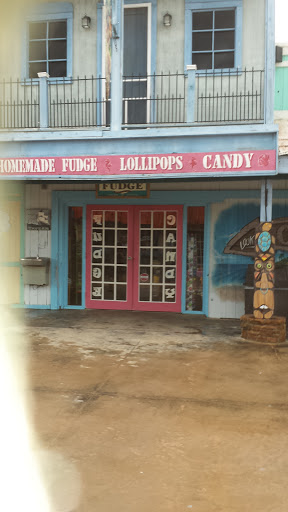 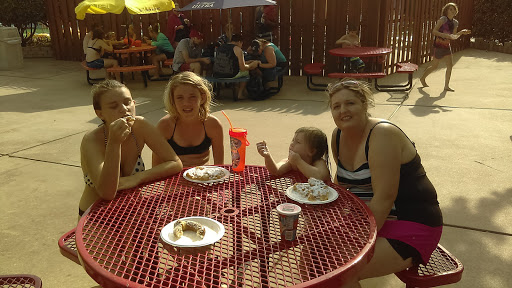 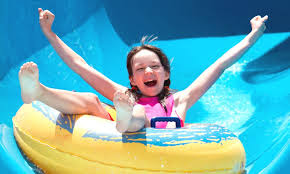 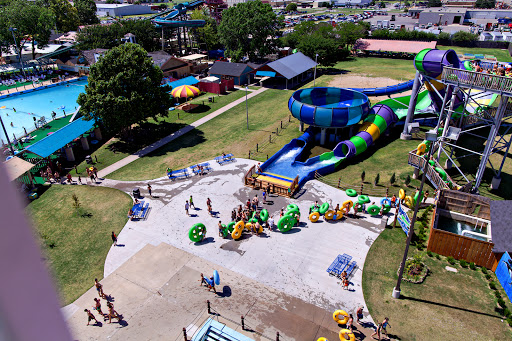 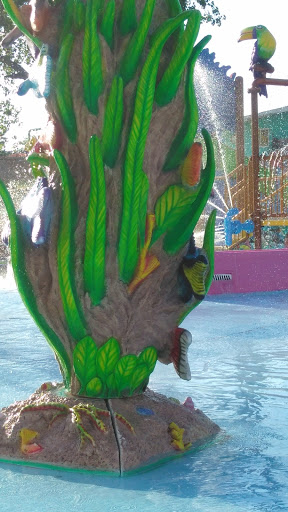 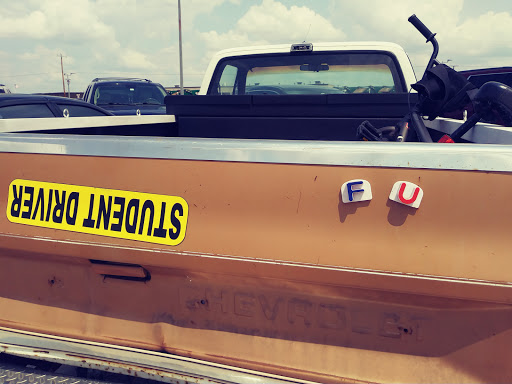