You know what a clip joint is? Where a bar stuns you with a bar tab that looks like a bill for a new car while a muscular goon blocks the door waiting for you to fork it over? Thats what this place is. TL;DR: Hopefully Netflix will finish off this vile enterprise, soon. I managed to snag my little cousin for a beautiful weekend afternoon of talking and The Hobbit. Boy was I shocked when the ticket price was about 3x what a normal ticket in the burbs costs. But once youre there, youre there. I think the goal here is to make a "premium" experience. They serve drinks, which is nice. But so do plenty of other cinemas nowadays. They have big armchairs. Meh, who cares. They serve food, too. What that really means is that the whole movie is interrupted by people walking in front of you. The whole movie is interrupted by people having conversations with their waiter when he makes a mistake (they seemed to make lots of mistakes). And they give you bright, shiny tablets to order from. And the whole movie is interrupted by people waving bright, shiny tablets around. Five minutes into the movie, the waiter literally stopped by to start trying to sell us stuff. Thats a premium experience? A sales pitch in the middle of a movie that Ive already overpaid to watch? If I want a beer and comfy seat experience, Ill watch at home. If I want a beer with a real cinema type thing, Ill go to The Brattle. Paying extra to basically have the movie ruined by a constant hive of activity really sucks.

This place used to be a Macys but now it is redone as a "high class" theater which looks like it belongs in Manhattan but in the end it is still just a Showcase. This sits in face lifted Chestnut Hill shops and the inside is beautiful but theaters are small. The lobby contains only a full bar and nothing else, no tickets sales, no snack bars and nothing else. Every seat is either a "super lux" and "lite lux" seat. If you choose the "lux lite" seat, you still pay a whopping $20 a seat for waitstaff seating in plush chairs. Some of the perks are food from a lighted menu delivered to your tiny table in your seat. Everything from burgers to salads to appetizers and of course regular popcorn and candy. You get a $5 credit for food from your $20 ticket but big deal. The problem with this theater is wait staff are walking around delivering food throughout the movie and then come back around and deliver bills. They walk in front of every row plus they leave dishes and food at your table until the end of the movie. The seats are okay, but nothing compared to AMC reclining seats with foot rests. For $20 a ticket, I would expect my feet to raise. Who cares if you get food delivered to your seat. This place is for someone that wants to go to an upscale theater and be treated like they are at a dinner theater show. However, in the end, its just a movie theater and not much else.

My boyfriend asked if it was even a movie theater when we walked it because it sure does not look like it. There should be a sign to say what the different types of tickets are, because I forgot and another couple left to go ask someone. After they left I remembered from looking at the website that was one was super and the other light. Not sure the difference anyway....a friend told me later that MAYBE super gets more of a discount on drinks, can order food and drinks throughout the movie, and light just gets free refills on sodas. Super also has electric reclining seats while light has manual. Unsure though. We started with the mediterranean plate which had good hummus, olives and pita...but Im not sure what anything else was other than pickled. I then got the shrimp risotto which was fantastic. I guess it comes from the restaurant next door, which makes sense because it looked really nice in there. My boyfriend got a burger which he loved as well. The popcorn tasted off...but when we got home and ate more it was fine. Hmmm. My margarita didnt come with salt. I know some places do that and Im not a fan. If Im not asked I assume it comes with salt. Done. Also in a really awkward glass. Comfy seats. Fun iPads to order with...but why cant I order from the iPad itself? Press a button and it charges to my credit card that I paid for the ticket with or something?

Initial feeling was fine: we were met by pleasant ushers who were helpful, since it was our first time. The seating was comfortable. It was all downhill from there: 1. Drinks and food are way overpriced ($20.00 for a lobster roll with just a bun and chunks of meat and there is no published pricing for cordials). It took me 10 minutes to wait for my turn to check pricing with a bartender and the cheapest 10-year old scotch was $17.00 2. Chef does not belong in food industry: truffled fries were cold, reuben rolls had no semblance to its namesake, martini with blue-cheese olives came with no olives, plus above mentioned lobster roll featured plain chunks of lobster with absolutely no garnish put in a tasteless mushy bun! 3. While seated at the theater (and we got SuperLux seats) - service took too long - (15 minutes for popcorn and 10 minutes for a martini without olives, then another 15 minutes for a martini with 2 olives). Cost of each ticket - $28.00, Cost of 4 appetizers, 2 martinis and a beer, including taxes and a tip: $100 We paid $156 and feel like it was all a gimmick!

the theaters are small and cosy which can be a downside because the screens are smaller. Sound quality is amazing though. there are two different levels of seatings: couples- two seats separated from others with a gap and are located towards the back, regular - regular attached seats. all seats are reclining, comfortable. and have small pull out tables if you were to order something. Food isnt the best but still good. Only downside for me is that the screens on the tablet menus are bright and very distracting. they take orders before the movie but for those who show up late, the waiter waits till they sit down before handing them the fully lit menu. Also it is very distracting when they walk right in front of you to deliver anything. i wouldnt go here is you were a movie fanatic because there are a lot of things that can take away from the movie experience unless you get seats closer to the screen where people tend to sit further back I would go here if you were on a date/ out with a friend and dont know what to do but then decided to watch a random movie.

It is definitely worth the money for the tickets to the show as it really is a luxury movie watching experience. Unfortunately our server during the movie was awful. It seemed as if she was bothered by our requests to bring us what we ordered and it took her 25 minutes to just bring us popcorn. We had to ask another server to give us the popcorn that everyone else was getting. As long as you get a good waiter/waitress you will give it a 5 star rating, but with their service being what separates it from a regular movie watching experience, if it is poor then you wont feel like it was worth the extra money. 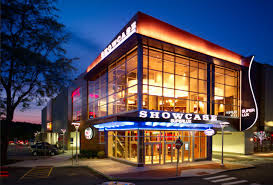 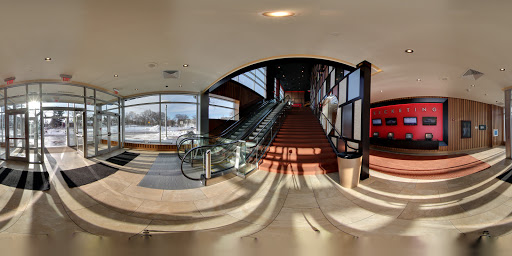 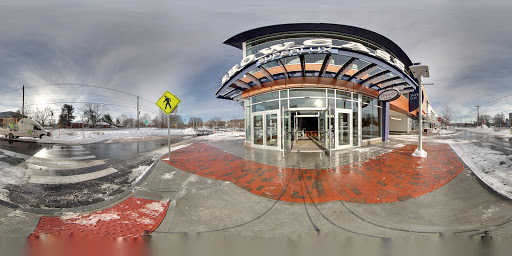 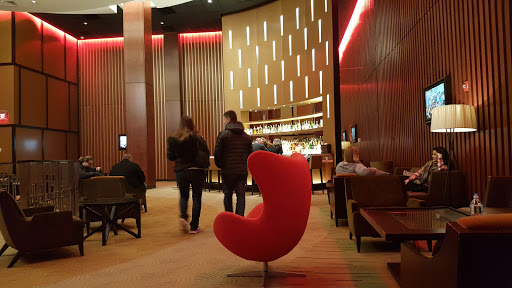 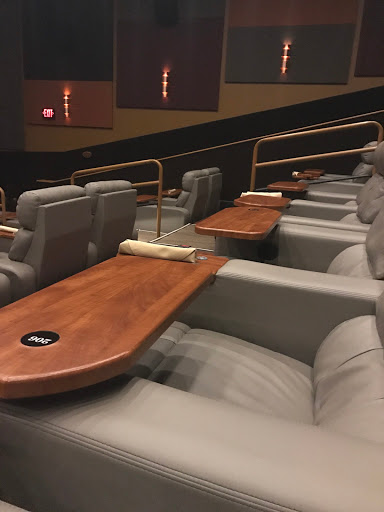 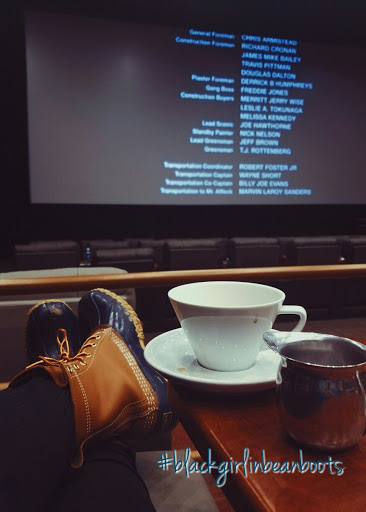 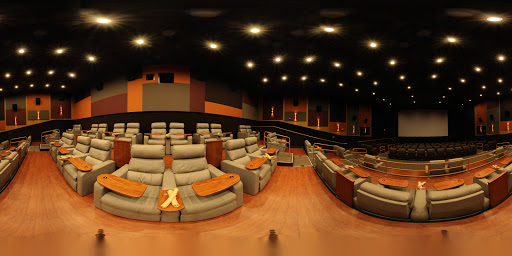 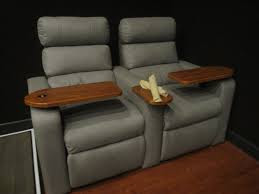 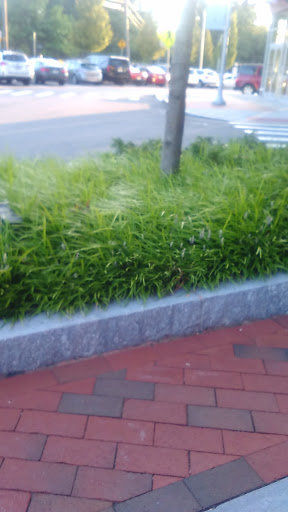 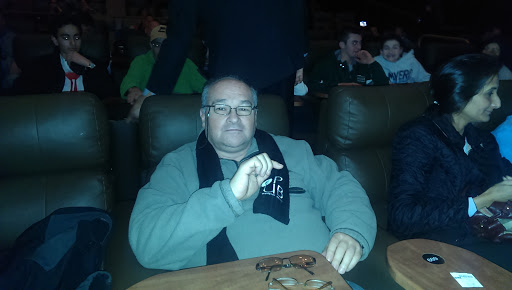 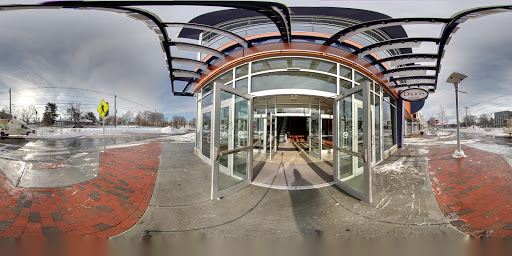 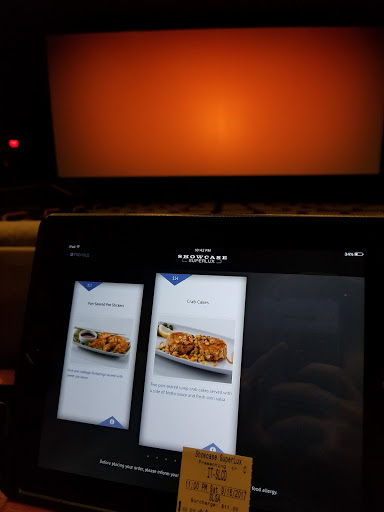 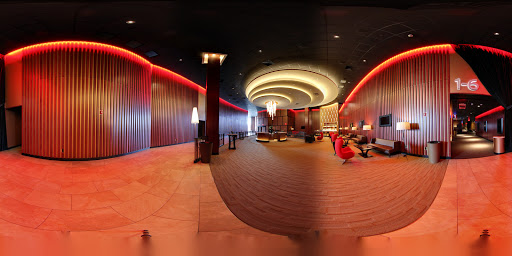 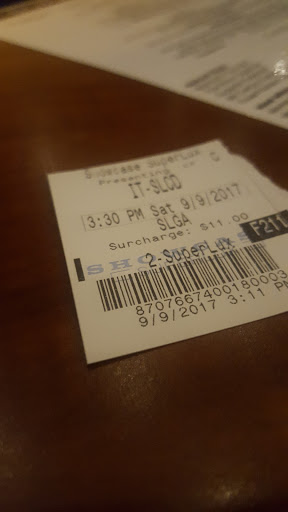