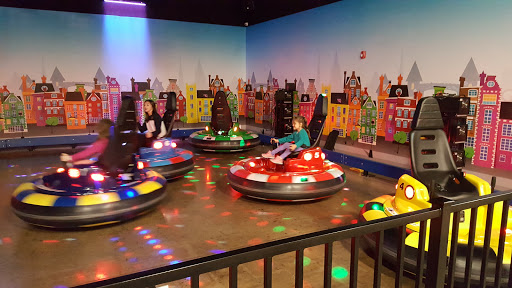 My hubby and I took our a list 2 year old son here and we had a blast ! The prices were super reasonable ! I think we paid like $5-$10 to get in and have $5 on the game card . Which I like way better than having to carry around tokens! And the games are like .25-$2.00. We used two of their lockers which were free & you even make up your own code to lock it , it was pretty cool and much better than an old school locker. It was almost like a safe . They had a toddler area which was super cute and designed for the little ones. We then took our little on over to ballocity which was super fun! We even crawled through the whole thing and went down the slides with him! After awhile of playing we went over to the concessions and There were many yummy options ! We choose super man ice cream and the little pigs in a blanket with a fruit cup ! The food was out in no time and they actually give you a little ticket win a table number and they bring it right out to your table ! I liked that . The mini bowling area was crowded and so were the bumper cars so we just went back to the ballocity area and arcade games . We were asked number pjs times if we needed anything and how we were doing which was great! I dont remember the ladies name but shes had glasses and short curly hair . She was accommodating from the second we walked in . We will definitely be back and Ive recommended it to many ppl and clients at work ! We love to do fun things with out little one and Im super excited this place opened !

My children & I were very disappointed when we went there,finally after months of looking at it online & saving enough money to take all my kids. Online this place sounds & looks great! Lead to to believe it was huge, but the fact is that it is all miniaturized & packed into a chuckie cheese sized place! Upon entering there was no one at the counter to great us or take our money, turns out its because the same person that rings the front also goes thru a doorway to become the persons who takes your game tickets & dolts out trinket prizes. Once she came to our side was very blah as was most of the staff. Everyone seemed to hate their jobs. To enjoy all the place had to offer or so we thought, it cost $30 per person for 3 hours of unlimited play. ..or so we thought again! Just like a carnival those tickets were for the big attraction & all the other fun light up, ticket type games came at a price! The consessions rivaled the prices at a big name movie theatres a pop costs $6! No where near as big as cinema pop. The kids loved the McDonald type climbing contraption & the video bowling but not much else. The climbing wall was cheesy, the bumper cars looked great but small area. The big thing for me, it was so hot & humid in there that all I wanted to do is leave! Save your money & go to one of those trampoline places more fun for the kids at a greater value!

Pros - The facility is nice and clean and the staff was pleasent. - The colors and lights are really beautiful throughout. - lots of parking - I do like that everything is on a card that the kids just swipe instead of having to keep track of tokens and tickets. Cons - It is way over priced ($29 per person!). - $7 for 5 tiny freezer burned cheese sticks! Give me a break. - You have to pay a $1 for a wrist band for the card that has their credits on it. -the arcade games are way overpriced (up to $2!) - The bumper cars are neat but theres such a tiny space for them and the kids cant move around. - make sure your child is NOT wearing flip flops! My son couldnt do half the things there because he wasnt wearing shoes and I had to buy socks for jungle gym. - 1/2 the vests for laser tag kept malfunctioning and did not work a lot of the time. - The bad far out weighs the good! For someone like me who is a single parent of three and tried to do something nice for the kids, theres no way I can afford this again anytime soon.

We loved it. We have a 5 and a 3 year old and there was something for us all to do and enjoy. One of the workers kept our card and ended up giving it to someone else. But a staff with glasses and short curly hair came to the rescue and put everything back on our card. She later came to check on us to make sure everything was going good which I thought was awesome of her. We played in the bowling alley but it kept messing up but a worker would come right over and fix it for us. We played arcade games, got tickets and I liked there selections of toys and candies. We played in the balloon city it was a bit nuts but I went in with my little ones and fit nicely and had fun with them. The bumper cars were awesome. Theres some that have a seat in front for my little ones and I would steer. Clean bathroom. Great place. Well definitely be back soon!

I think it was super fun and exiting! The activities were superb and definitely super exiting and a great experience we are kids and we thought it was kept up very nicely and it is super clean. It is great for kids 5 and older because Kids in that age group get to experience all the fun. Although the rope corse was fun for us for many children, some were traumatized and would not move, because of our harness we could not move because their harness was blocking ours if the people around us were frightened by the hight of the ropes because they feel like they are going to drop the harness, when those children stood still for a while it began to create a large "traffic jam" or should I say "harness jam." But overall it was a great time and experience. The customer service was good, and prices were worth it I suppose.

We walked in and the lobby is super small and there were only 2 employees working the desk so we stood in line for 20 minutes. I have never been so i paid for the toddler area (which stated 3 and under) and the arcade. The toddler area was super small probably the size of a bathroom and then you dont want to leave your tot so the parents are in there too...it was just wayyyy to small. The arcade games are cool but again pricey... tot games about .25-.50 cents but adult games can go up to $2. The rope course looked really neat and the middle play area for the bigger kids looked fun as did the bowling. Rock climbing and bumper cars didnt seem like there was much thrill there. The eating area and lounging area for parents was very spacious.

This place is great (if a bit overcrowded at times.) The kids had a blast we were there for 3 hours and the boys had a good time the whole time. Beer wine and a decent selection of food is available. Fountain drinks with free refills. Mini bowling is 4 lanes big screens in front. Private rooms for parties. Bumper cars that can seat one adult and one small child. One cool thing is that the arcade and admission and entrance to attractions is on a card. So no fiddling with tickets. Lazer tag is tons of fun and runs every 15 minutes. Sky rope walk that goes over half of the facility. Two story rock climbing wall and a two story very large indoor playground. Leather seats for the adults. Its a really nice place. 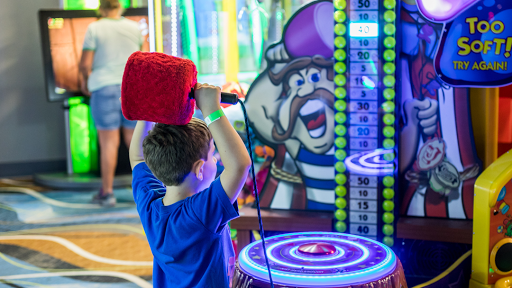 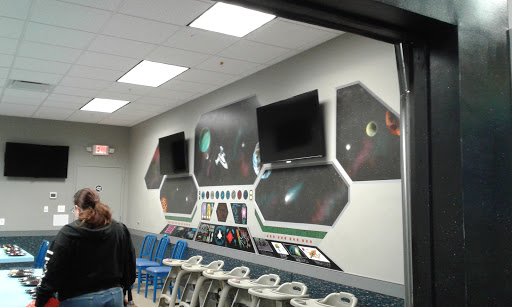 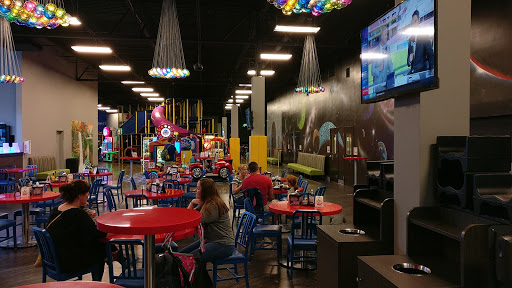 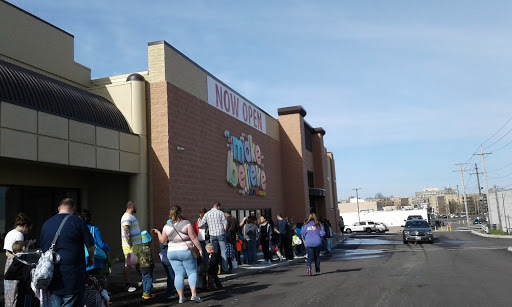 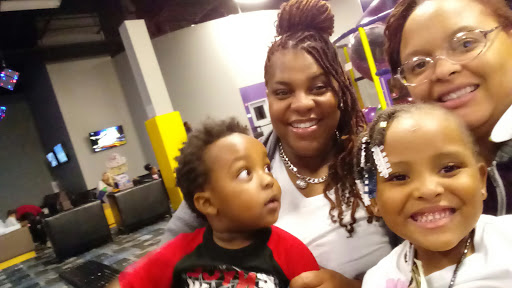 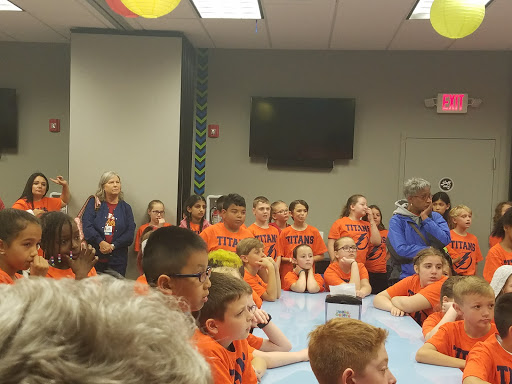 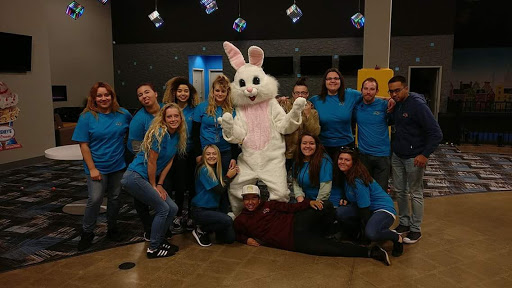 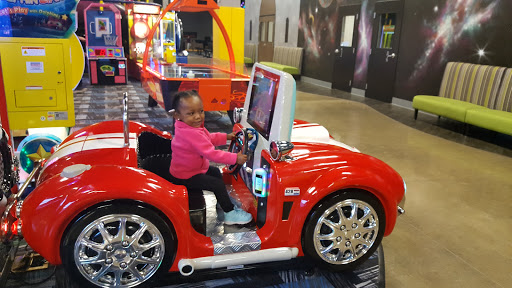 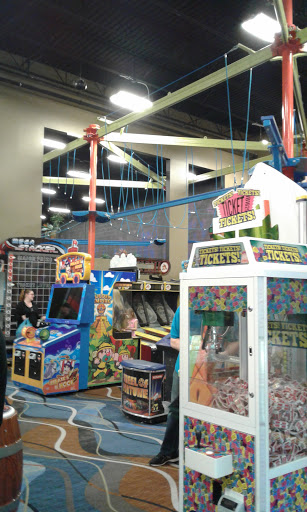 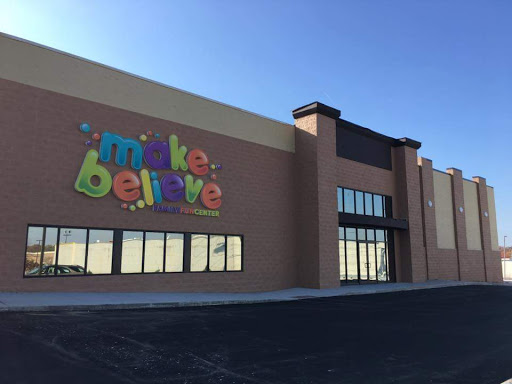 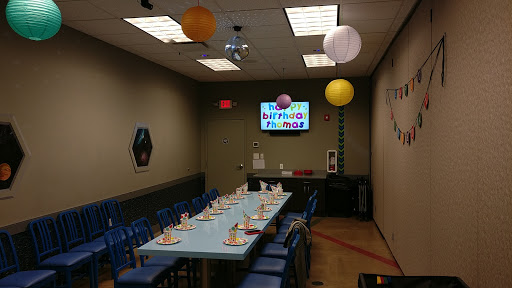 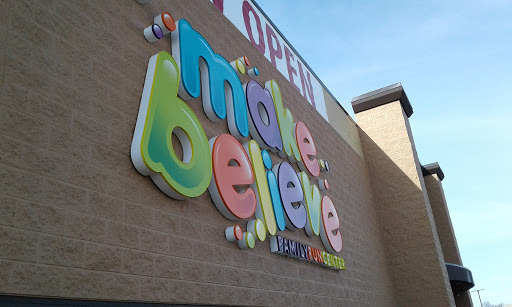 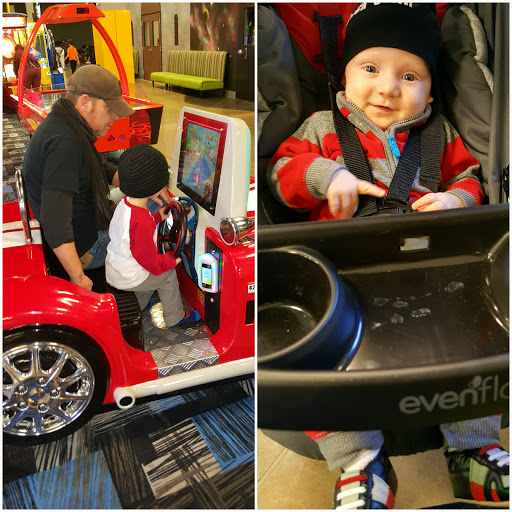 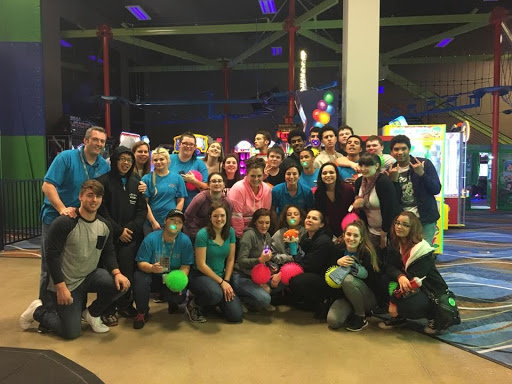 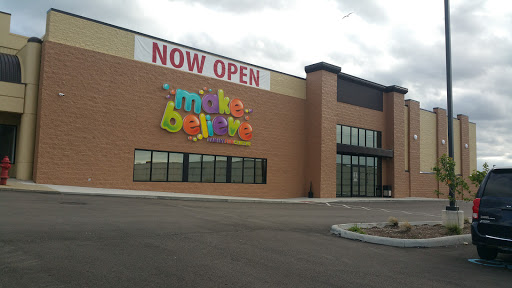 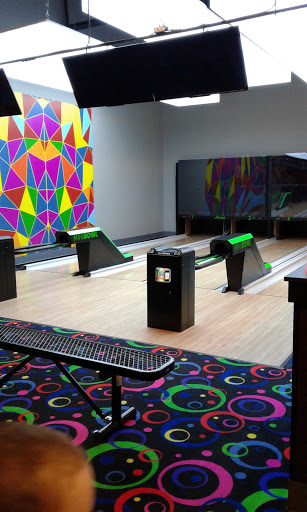 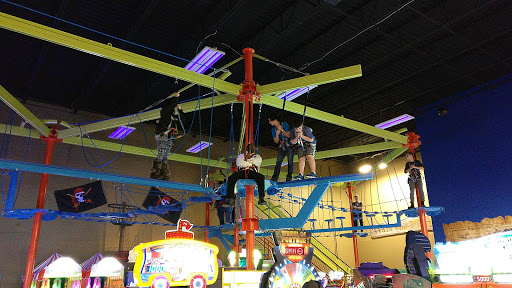 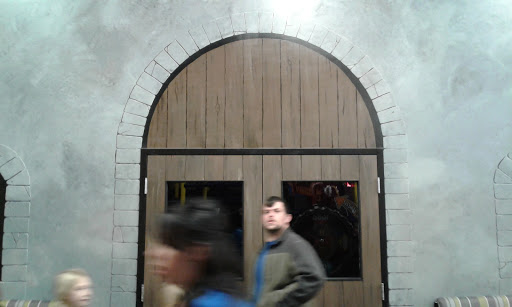 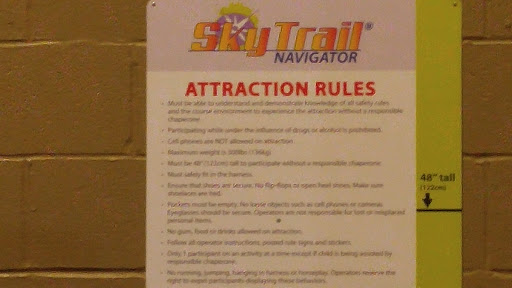 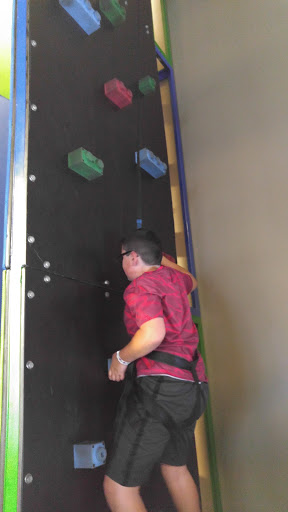 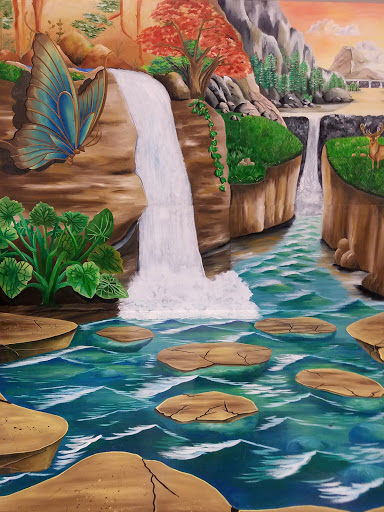