This place is a JOKE. The manager is a cheap, unprofessional jerk. First off- we walk in and the line for popcorn is almost out the door. Only one register is open for the opening night of a popular movie. Then, were not notified until we get to the register that their credit card machine isnt working. So now we have to go to the closest ATM ($3 ATM fee). Now we have to get back in line to pay. Our movie starts and the screen goes blank? It takes at least a few minutes for it to come back on screen. At the end of the movie, we talk to the manager and say we would like a refund for the unnecessary ATM fee that we had to pay. Without thinking of coming to a solution, he just says "no". And tells us that we should just take our business elsewhere. THIS IS ALL over $3. Its not like I NEED the $3 but any competent, well-oiled business knows that customer service tops all. He couldve offered me a hug and it wouldve made up the difference. But he was stone cold, and far-focused from customer service. It makes me upset because this theater COULD be a very nice place for people to go. But the poor management for this place seriously shows- ripped up ceiling tiles, dirty floors, dusty video game machines, and worst of all a team that doesnt care. What a waste.

Went to see Angry Birds. 3 oclock show was over-sold and we had to come back for 7pm show. Got there early. No one was at the theater entrances taking our tickets except one obese dude on the other side that couldnt get out of his chair to to take our tickets. My parents literally couldve walked into the theater without buying a ticket. Previous movie ended and patrons exited, but no one was there to stop anyone from coming in... so everyone entered the theater and it was completely not cleaned. Popcorn everywhere, bags, used napkins, drinks still in holders. The theater was a COMPLETE disaster. We did the best we could cleaning it OURSELVES. No one even came back in to try to tidy up. I though itd be ok if someone came buy with a broom and tried to sweep up and a garbage bin to try to collect some of the things, but no one did. The theater is tiny. Theres only 5 rows of seats. They are the nice fancy powered recliners, but I doubt theyre ever wiped off. That vinyl/pleather is probably coated with spilled drinks, oil and previous patrons sweat. The movie was fine, audio was good, and it started on time, but other than that the environment was a wreck and I dont think Ill be taking my kids back.

We went to this theater while we were on vacation it was resonably priced as far as concessions and ticket prices. The ticket taker on the inside was a very delightful and helpful gentleman very cordial. Concessions staff was fast and efficient. We went into the theater the movie started on time and everything was great, but as we got into the movie we werent able to hear due to a movie in the next theater it was so loud that we couldnt hear . I went to the concession stand and complained the young lady went to the manager and told her what was going on 5 min later my sister did the same and returned to the theater. Five minutes later the whole family got a refund and left as we were going out the young lady who was the manager at the time said she had turned it down but Spider Man was a loud movie. If she had just came into the theater and checked this out her self she would have heard what we heard. Management Customer service needs a upgrade ........

The worst theatre experience Ive ever had in my life!!! No one ever comes in to check on the movie and guests are out of control, talking, swearing, and during the movie the guests reactions were over reactions loud and obnoxious, if someone was monitoring their theatres like they do everywhere else Ive been this wouldnt have been an issue and I wouldve been able to enjoy the movie. Also, teenagers kept switching theatres to watch other movies other than the one they were in. There was also an awful stench in the air like it hadnt been cleaned in months. I didnt even understand the purpose of the policeman being there when all he was doing was standing outside of theatre doing nothing. The last thing was there was someone talking outside the doors of the theatre I was watching my movie in and I could hear him the whole time I was watching , terribly, terribly RUDE!!!

At first youll notice the lazy boy style chairs and think all is good. Then youll notice how absolutely filthy they are. We went to a 12:45 am showing of The Secret lives of Pets movie, which was just ok and I love animation. Yes the girls liked it but not the majic of the first Nemo or anything. Small screen that had been taped in several places portrayed the flick. Really just needs basic cleaning and I fully understand teenage employees are what they are today but some adult needs to be in charge and get things done. Owners probably dont care anymore. Shame, should be a real money maker considering the location so close to so many family resorts. Maybe someone will buy it and bust out the ol expense account for some windex and wipes....

This place is absolutely filthy dirty. Went to a movie there last night and there was popcorn, lots and lots of popcorn, napkins, and straw sleeves littering the ground. The womans bathroom had stalls closed with a posted sign, water on the floors and toilet paper and paper towels all over the floor. I had to sweep off the popcorn from previous moviegoers from my ripped and torn recliner seat. The floors were sticky with spilled pop. My husband went to get himself popcorn, (in a place THAT filthy I wouldnt touch it) and said the guy leaning INTO the popcorn machine was disheveled and had about 6 inches of his backside hanging out!! Honestly, the health department should be looking into this place. Beyond disgusting.

We have for years enjoyed coming to HHI and watching movies at Northridge Cinema. Sadly that changed yesterday. We were watching our movie and there was only 5 minutes left when this man walked in and rudely asked why we were there and if we had the wrong theater. He told us that theater has been sold for private screening and we had to leave. We missed a crucial part of the movie because of him walking in. As we left I asked to see the manager and it was him. He was defiant and unapologetic and still acting as if we had done something wrong. While in the scheme of things this is not a big deal we will not be spending our money on vacation to go see movies at this theater again.

Recliner chairs, cheap ticket, and cheap concession prices make this place appealing, and get them an extra star in my book. However it is old school theater going (no stadium seating) with better seats. The seats make a loud "farting" sound whenever they are raised or lowered, which is quite distracting as guest adjust or get up for the restroom during the movie. The cup holders are also dimly lit, but the light can also be turned up to a blue beam which is more annoying than someone using a cell phone during the movie. The staff also seems much more preoccupied with texting on their phones than actually cleanings anything. Id prefer to spend a bit more for a better overall experience. 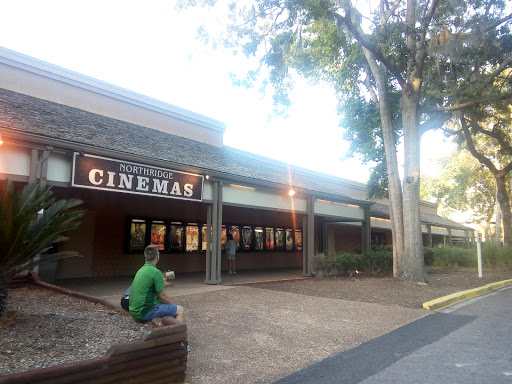 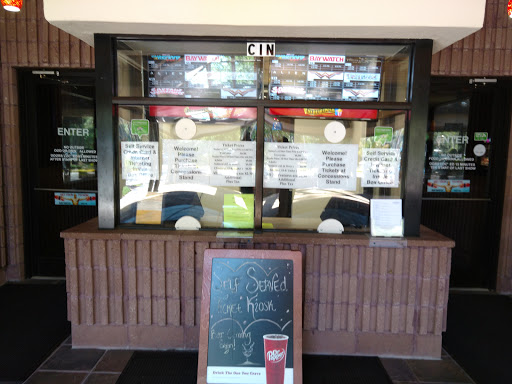 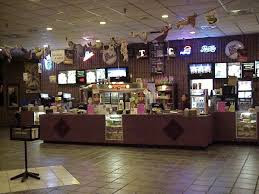 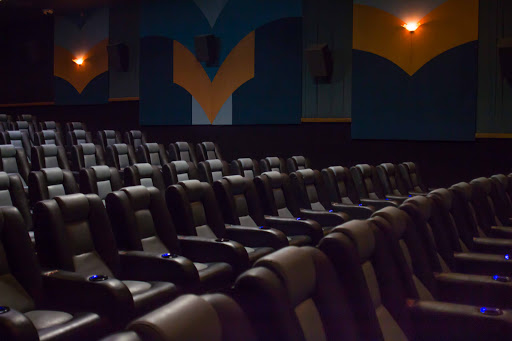 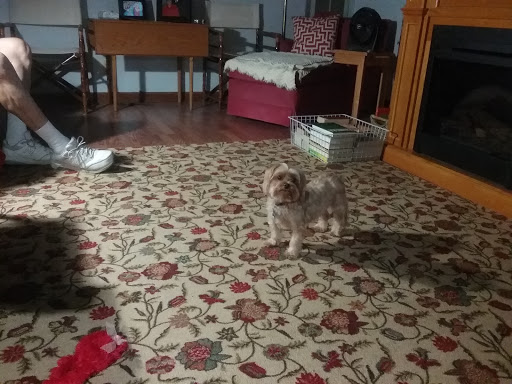 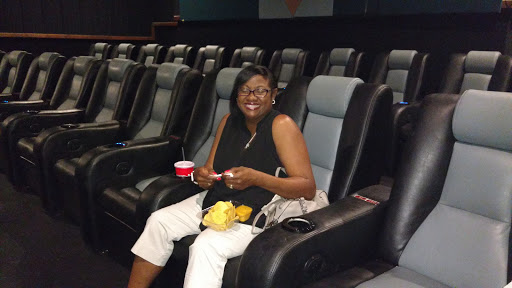 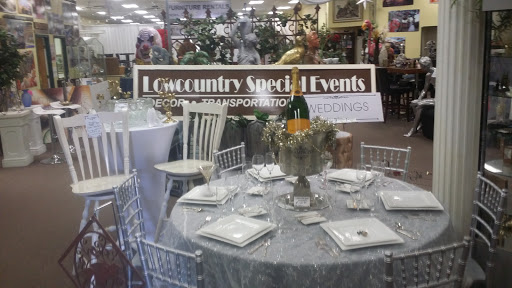 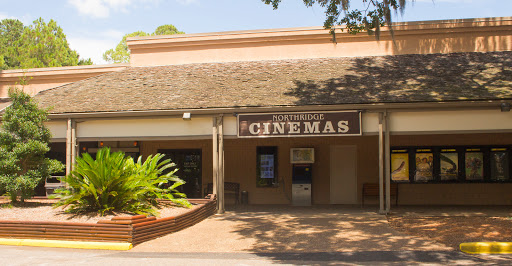 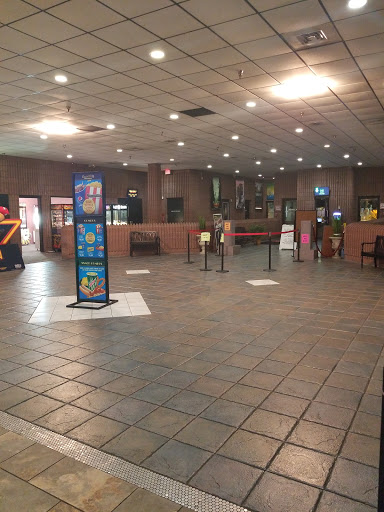 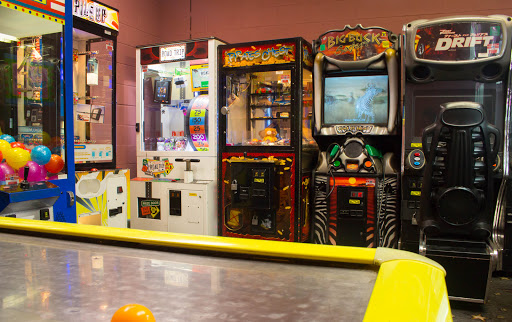 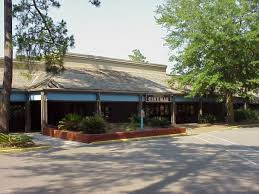 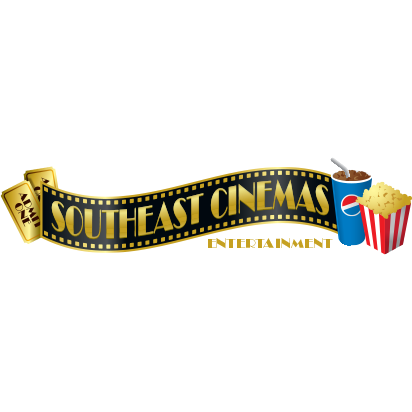 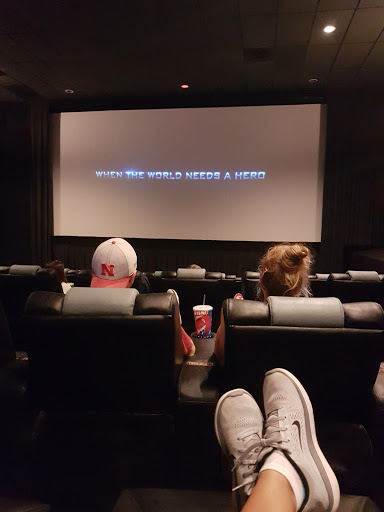 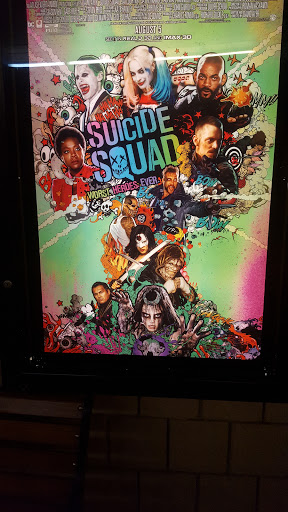