This area should be one of the 7 wonders of the world! Who would have known that this beautiful area was in Ohio. Campground: We camped at the state park campground called "Old Mans Cave Campground". There is a new camp store/check in when you pull in. After you have checked in it would be wise to fill up your freshwater tank there. Ask the attendant for the location. The campground is on top of a ridge so there is a heck of a hill with sweepers to climb from the main road. There is another fill area at the top of the hill but you could block traffic and the spigot may be on the wrong side of your camper. The sites are somewhat small. The pads seem level enough but the yards are a mixture of hills. Its a hilly area, what do you expect? The electric sites have 30 and 20 amp hookups. No 50 amp was available. The campground has two shower houses that appear to be fairly new. They are tiled nicely and the showers are large. There are only 3 shower stalls however and it may get busy. The shower houses were clean but at times did have mud on the floor. Big deal. There are pit latrines scattered around the campground as well. There is a nice pool in the center of the campground with a splash pool for smaller kids. The main pool has two slides and is 10 deep in the deepest part. It was a bit too cold for me to swim. Another person said it was open to the public. I dont believe this to be true. There is a state park lodge down the street that has a pool available to the public for a fee but the campground pool is for registered campers only. Cell service is almost non-existent. I use AT&T and had NO service. The closest town which is Logan has AT&T service but is about a 20 minute drive north. I also carry around a Verizon pre-paid phone incase I dont have AT&T service. There is limited service in the campground for Verizon. It is weak but there. The whole area is full of hills. We came from the north down route 664. Car and Driver magazine called this route possibly the best driving route in the world. It is hilly and curvy. Take it slow and youll be fine. Hocking Hills area: Spectacular! Ive seen a lot of areas and this has to be one of the top places Ive been to. Old Mans Cave is next door to the campground and has to be seen. No photos can replicate the vastness of the rock formations and caves. Other must see areas are the Rockhouse, Ash Cave, Conkles Hollow State Nature Preserve. Prepare yourself to do lots of walking along steep passages, and next to cliffs. As long as you stay on the marked trail, you will be fine. There a many who die each year not following this advice at HH. Bring a walking stick! If you are anywhere near Ohio, this is a MUST SEE!

The trails in here were amazing. I went to the Rock House, Conkles Hollow, Old Mans Cave to Cedar Falls and back, and Ash Cave. Rock House was a very short hike, but it was hilly. Give yourself some time and go through the bottom trail, not the rim one. Walking into the cave was an awesome feeling. Conkles Hollow was easy through the middle--in fact, its handicap accessible for most of the gorge trail. When the paved part ends, continue through the dirt path to see the waterfall. If youre very, very surefooted, try the rim trail. It will take 1.5-2 hours at a moderate pace, and you have to be careful because most of it is on the edges of the cliffs. The views were amazing, though. I stayed at the state campground in my tent, and they had really nice bathrooms and showers, and even a laundry room. My stay on Tues 31 May 2016 was $24 for a spot with no utilities. The registration lady was helpful and polite. The next morning, I did the rim trail from Old Mans Cave to Cedar Falls. When I got to Cedar Falls, I realized I would run out of water if I went all the way to Ash Cave and back. So I took the gorge trail back, and realized I did it backwards. In this case, the rim trail was the easy one--it was almost like a small mulch-paved road or a gigantic sidewalk. The gorge trail was a bit more difficult, since it required me to climb over tree roots and rocks, and shuffle through large muddy puddles. The trees, sandstone, and waterfalls were very colorful and beautiful. I got back to Old Mans Cave and then drove to Ash Cave, where I took the 1/4 mile gorge trail. At this point, it was getting late and I needed to head out.

Beware of the Park Rangers! My son and I have visited Hocking Hills for years to camp and hike. We were met by a Park Ranger as we approached our car after dusk after hiking (November visit so it gets dark earlier). He indicated that we were on the trail after dusk and we apologized and indicated that we were heading back to our campground. He then wrote THREE citations for $135 EACH. One for myself, another for my teenage son, and another for the car being in the parking lot. No warning. The tickets were issued on a Saturday evening and payment was required by Wednesday morning. I found MULTIPLE other experiences like mine online on other sites where the Park Rangers at Hocking Hills hand out these $135 tickets without warning all of the time. Incredibly disappointed in our state park. I am one of those people that donates money at tax time to Ohio State Parks, and have been a long time supporter, but this type of revenue pursuing behavior is embarassing for our Park Rangers. This was NOT about hiker safety - that would have taken a simple warning, or at worst, one citation. This was about an overzealous Park Ranger looking to take advantage of park visitors to collect revenue. What should have been a great visit to the beautiful area of Hocking Hills turned into a bitter experience.

I was looking for a place to take my (at the time) 7 year old son camping and decided to take him to Hocking Hills. It was Spring of 2013 but nothing was really blooming because of the unusually cool spring. I had based my decision to go there looking at some of the pictures online. However, once we got there, the park exceeded all my expectations. This is one truly gorgeous area to visit, with big rolling hills, older farms along the winding roads, cliffs, waterfalls, and beautiful forests. Old Mans Cave is spectacular. Cedar Falls, stunning. Take a quick trip to Rock House and climb down the stairs cut into the side of the cliff. As others have suggested, you want to go in the spring or fall when the waterfalls flow - also, I understand the summer is really busy (and its easy to see why). To me, the campsite was fine and typical for a state park, it was clean and well kept - its really the setting that makes it wonderful, very picturesque. Talking to some of the visitors that were there, its one of those places that people remember going to in their childhood, and its where they go back to bring their children. Even though he was tortured by the 4 hour drive, my son loved it and wants to go back and bring the rest of my family to come along too - that really says it all. 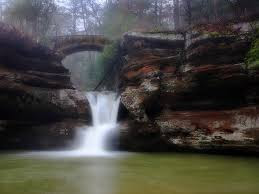 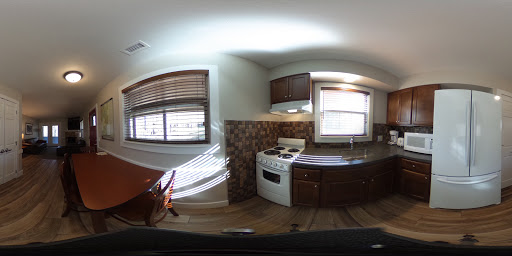 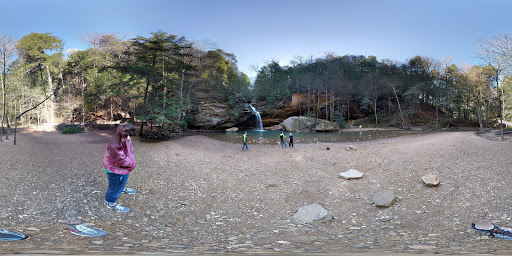 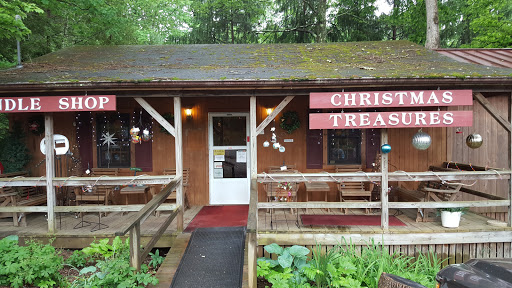 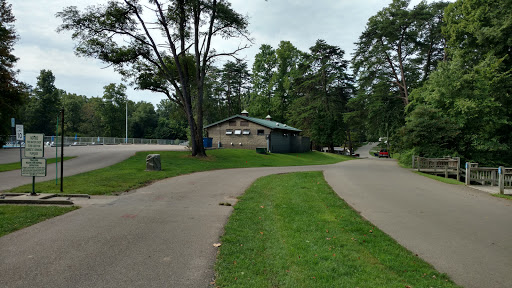 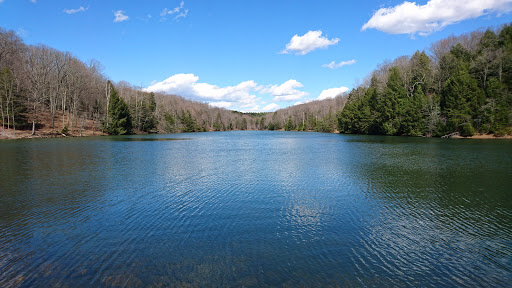 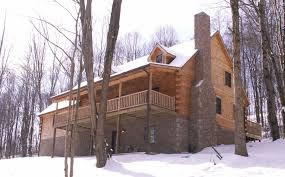 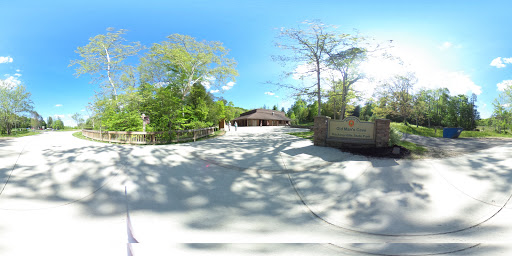 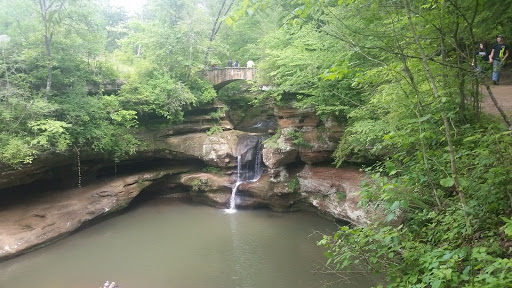 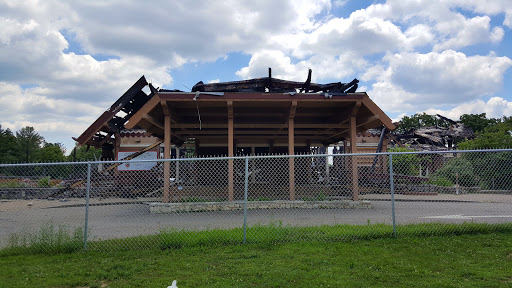 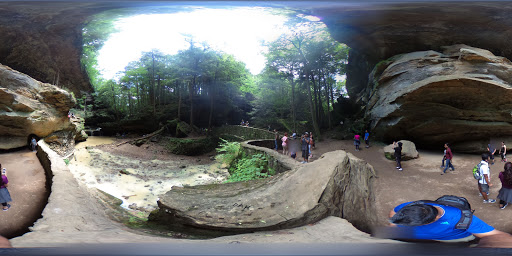 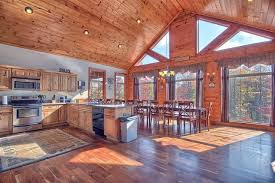 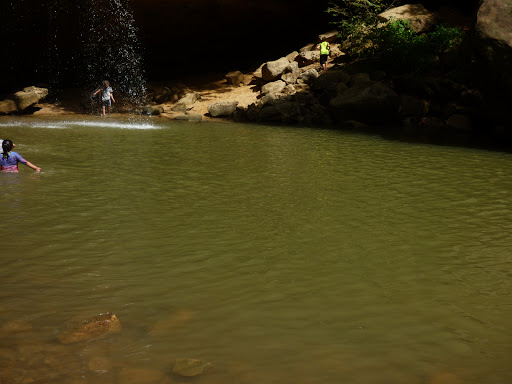 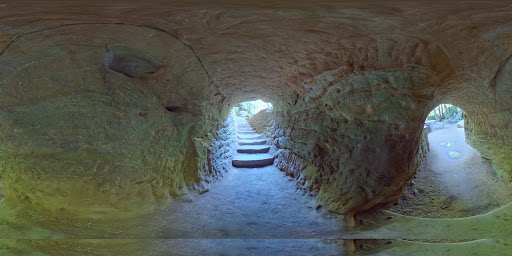 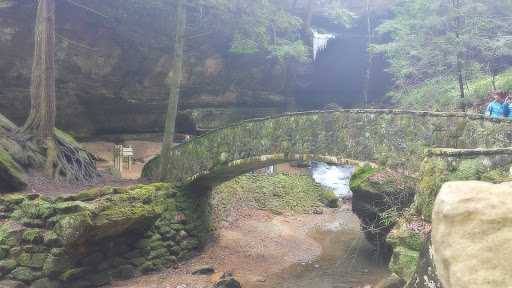 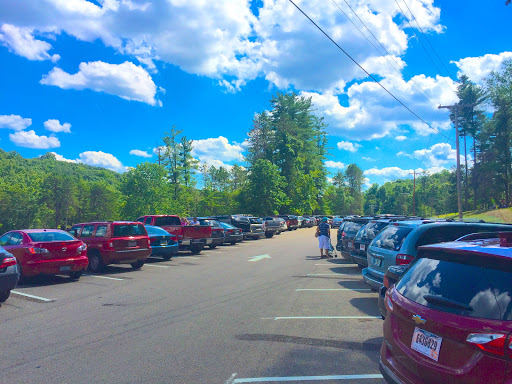 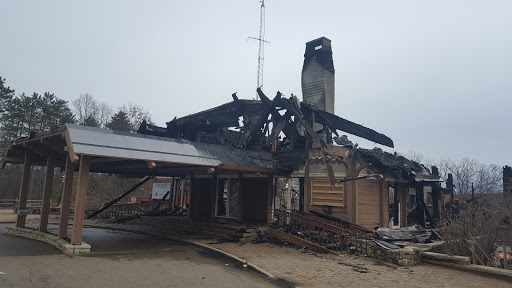 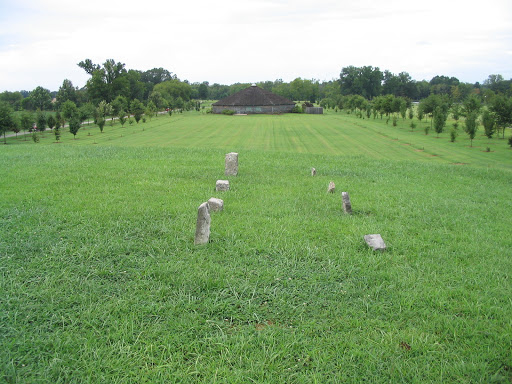