Flight was a terrible experience. I booked a rent out and it was anything but a rent out. I specifically chose flight because the other trampoline park near me didnt allow rent outs. It costed 1200 for two hours at flight, this was an expensive price but it was worth it if you actually received what you paid for. I booked the party three months ahead of time and was informed that there was another rent out before mine so I would not be able to set up until 630. I booked my party from 7-9 and I arrived before 6 hoping to get in there earlier. My family brought everything inside and we were informed the rent out before never showed up. The other rent out thought their time was also from 7-9. The flight staff doubled booked the rent out. People from this other party started arriving and we were forced to make a decision on what we wanted to do. I did not want to share at all. The flight staff did nothing to correct this problem, the only offer they made was to give the rent out for $600 or not to have it. I was not going to pay for something I did not want. This other party had 200 people I had 80, we were way past capacity. I was told the limit for a rent out was 150. We had almost double that. I could not just send everyone home so I decided to just share the place. However I was not going to pay anything for this party. The other party there knew they were wrong so they offered to pay the $600. The party was an absolute mess. The trampolines were way too congested and 10 kids on each trampoline. There were countless injuries due to the amount of people and yet the staff was no where to be found. I could not find a single staff member the entire night. Looking for one took at least 15 minutes. The facility its self was also absolutely digusting. The trampolines were covered in lint and dirt. The trashes in all the rooms were over flowing and even some of the trampolines were breaking. I will never go back to Flight and I will tell everyone I know how awful an experience I had. I wish I could give this place 0 stars. Dont waste youre money going here.

teerible place to go. rented out the whole flight for 70 people for 2 hours of jumping and 1 hour party from 7-10. came in thag day to find that they "accidently" booked 2 parties at the same time. they offered to give us half a refund but it was very unfair due to the fact that the other party had 300 kids. i was told the max capacity was 150??? it was a sweet 16 and we didnt want to swnd the guests home so we decided to share but for a full refund. each trampoline was full, the line for dodgeball was always long, the basketball hoops were being hogged, and many injuries occured. it was a very unsafe environment. when asking one of the staff members for shirts because they were giving free ones to the other party he just went away and started giving them out to random people and smirking at us. the trampolines were absolutely terrible. there was a lot of dirt and random trash on them and many were falling apart. we had a child get her pants torn because one of the hooks from the trampoline was showing. after reading numerous reviews it seems as if flight does book many parties on the same day "accidently". never will i ever waste my money on this crap place.

Kayli, the party coordinator, was very reassuring and understanding via email and phone before my sons 10th birthday party, as well as the perfect host during the party. She checked in occasionally to make sure all was well, played dodge ball with my son and his friends, and kept everything moving along on schedule. Trey, the dodge ball captain, was wonderful also. All the adults in our party were so impressed by his interaction with the kids and making every dodge ball game so much fun! Our kids spent almost the entire jump time with him! The gentleman door greeter/attendant was also helpful on more than one occasion. We all had a wonderful time and will be back soon. I hope the management reads this review and gives these workers some type of pat on the back. This was our first time at this trampoline park. A huge thanks to everyone at FLIGHT in New Britain, CT!!!

I would not recommend this place for a birthday party on the weekend. Complete chaos with no organization. Party planner could not be found and party room was not ready. Twenty minutes late to get into the room to celebrate my sons birthday and then asked to leave at the designated time. When I was two minutes late leaving the room because my kids needed to get their sweatshirts on, one of the workers slammed a door in anger. Completely unprofessional and would like to save other people from the chaotic mess of having a birthday party at a place managed incorrectly. Really is too bad because it could be a lot of fun for a party with more structure and organization in place. Save your money and find a better spot to celebrate!

i wanted to book a birthday party at flight..i heard really good things about it..HOWEVER..when i went on their website to reserve a birthday part due to the number of people it stated i would have to call to reserve the party. i called FOUR TIMES and never heard anything back.. i even emailed them. i am currently on hold with them over the phone..no matter what extension you dial it says the vm box is full. to me customer service is important and i thought i would give them one more chance to help me..but long and behold the phone just hung up..nothing no answer i just got disconnected. soooo while i am sure the party would have been fun they lost my business..and i will be sure to NOT RECOMMEND THIS PLACE FOR A PARTY

Bought tickets a week ahead for my daughters 15th birthday with eight of her friends. We booked for the teen night with lasers and dj. We had the kids meet at the house for pizza and cake then head over at 9 on a Sat. night. With tickets in hand we went in and were told the place was closed for a private party. How can you sell tickets when you know you are closed. At nine at night what else do you do with eight kids. Sorry, doesnt cut it. Run, dont walk from this place as they really dont care and will just take money. My daughter was devastated and embarrassed and will always remember this birthday unfortunately for the wrong reasons.

This is going to be succinct. The prices are rather high, but the trampolines are nice and springy, and the layout is pretty cool. The amount of loud kids is frustrating, but I suppose that goes with the territory. The most pressing issue in my mind, however, is the status of the locker room. Holy Jesus. I have been here a couple of times, and it continues to be the most unsettling, putrid combination of typical NoVA skunk weed, foul body odor, and buckets upon buckets of Axe body spray, despite anyone with an iota of intelligence realizing that that does not truly mask neither the weed nor the B.O. 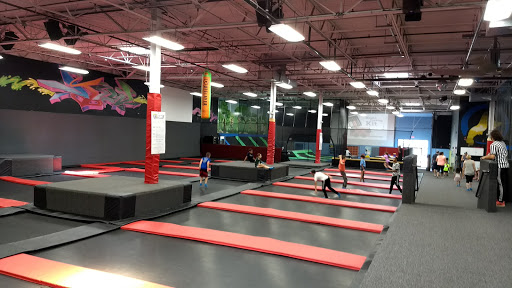 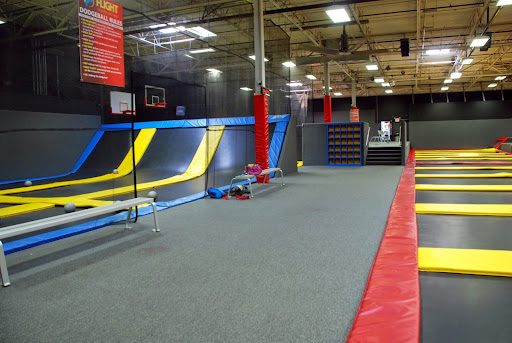 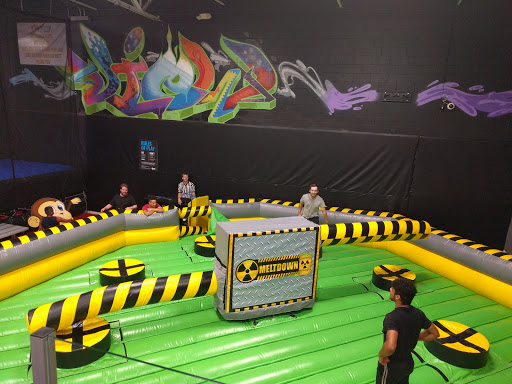 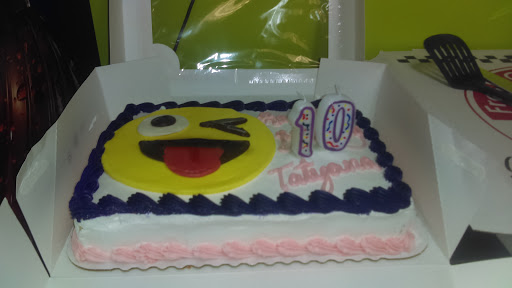 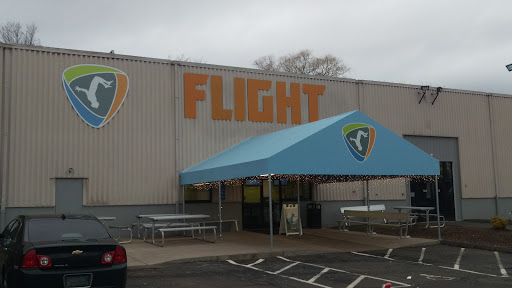 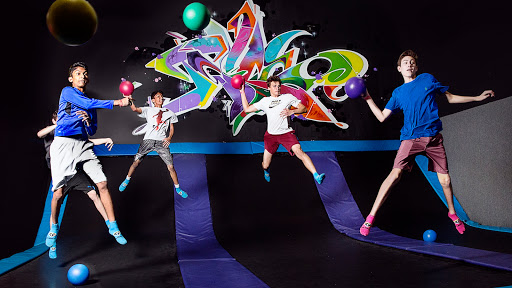 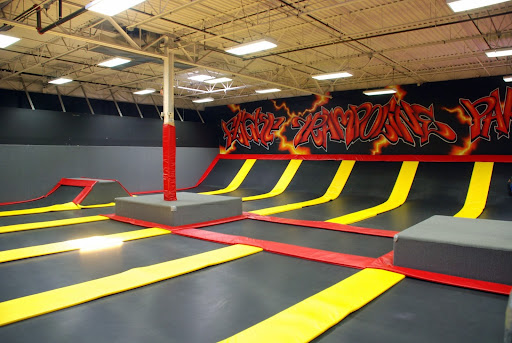 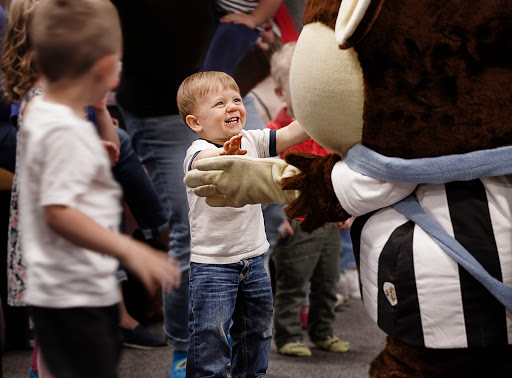