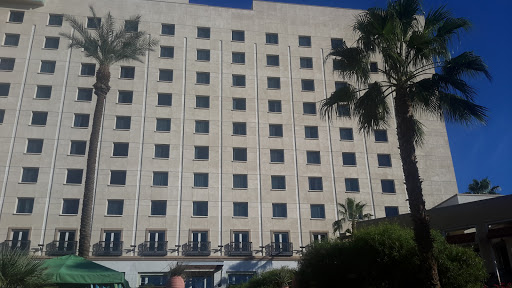 Just AWFUL and RUDE service from the HOTEL! I really wanted to try this place for my birthday. But even trying to get them to honor their website specials was impossible. First i tried to book online, but their website booking system is really LAME and does not give you the same prices that are listed on the site. So I called and first spoke with Ruth. She was the most bored and disinterested sounding reservationist I have ever had the displeasure to speak with. I told her I was making plans for my birthday and wanted to know what they could do for me. Now I was not asking for anything other than some small gesture, like I have received from EVERY other hotel/casino I have ever stayed at for my birthday. Not only was I told they could do nothing for me but they would not even honor their posted website specials. BUT when I told Ruth I was going to post bad reviews suddenly she started acting like she cared and offered to let her supervisor Lissa help me. So when Lissa got on the phone I expected her to make it right... but she was clueless and did not even know why i wanted to talk to her. So I explained it ALL again but this time I was starting to get upset from the runaround I was getting. Finally after all that Lissa says she could give me a discount on one of the specials but not the actual special. So I told her to email me the offer and I would consider it while I checked around and waited to submit a complaint to the Hotel Director, Chris, who I was told was out for the 3-day weekend and would return today. Not only did i NOT get the email Lissa promised but when Chris called today it was like deja vu all over... she had no clue why i was calling other than I had a problem with booking a special. However I had left a detailed message, so either she did not listen to it or just did not care. Since none of the others i talked with seemed to care either it appears their entire staff has a "dont care" attitude. Oh and heres the irony. I called several other resorts near Fantasy and told them about my horrid experience and EVERY one of them offered to do something special for my birthday, from a free bottle of champagne to free casino dollars to a free buffet. So if EVERY other hotel/casino understand that a persons birthday is special and is willing to do all kinds of little things to show their customer focused attitude, what is the matter with those rude, inconsiderate, lazy, stingy folks at Fantasy? FYI: Notice that most of the GOOD reviews are for the Casino and Entertainment/Spa facilities. Very few mention the HOTEL, except to say that there are specials IF you can get them! BEWARE, not Birthday friendly!

Fantasy Springs Casino is the only place that you would really want to go to have a wonderful experience there customer service is excellent the rooms are beautiful and clean and comfortable their restaurants are extremely versatile beginning with breakfast with delicious menus at the Pom and lunches with eating at the Pom or Joy which has outstanding Chinese Cuisine and I probably ate there three times a week every time I come and for Dnner The Bistro is 100% outstanding with the food the service. I cant think of another Casino I would want what any other Casino I would want to go in Palm Springs or Coachella California. That would compare to Fantasy Springs not mentioning how outstanding the machines pay, The bingo has Terminals and the people there are Customer Service Friendly and theyre at at your command Always Cheerful. and Fun a lot of pay offs and I have won a lot of money here and had a lot of fun I have not One Complaint ! So if you really want to have a Casino Experience Choose Fantasy Springs I am a devoted customer to this casino sign Kathleen katrinka Brinegar

U2 Can Survive Abuse

Loved the Casino floor itself! Lots of Slots, Tables, Tournaments etc.... Promotion for first time: Spend $20, They will give you $60 in "free play"! This is where my reading went from 5 Stars to 2. Perfectly fine with the incentive but, CUSTOMER SERVICE, has A LOT to be desired! The C.S. Representative "assumed", we didnt have $20 to start the machine so she became VERY unhelpful in explanation of where certain games where, how to use rewards card, etc... She seemed annoyed that we even bothered to get a rewards card, and ask questions, then, she slid our cards to us hurriedly as if to "shoe is off", THEN, told the security to "Watch Them!" Now, had the couple behind us told us BEFORE we spent our money, we probably would have left due to "racial profiling". Im glad we didnt! We played, we won (while being watched!") and enjoyed OUR vacation time! We thanked them and left. We WILL return because, 1) it was fun and 2) Im sure theyll realize they cant judge a book by its cover and consider this when helping other patrons! Sidenote to Fantasy Springs: "Get it together Boo!"

Stopped by for the buffet and really enjoyed everything. To start off, as you enter from the parking garage on the 2nd floor, you pass down a long corridor passing by the front desk for the hotel, gift shops, a pizza restaurant, along with a view of the pool that looked like very refreshing. To say the least, I look forward to stopping by for a weekend to enjoy the aamenities. To get to the buffet, you go down an escalator to the casino floor. Theres many slot machines that look very more modern than any of the casinos that Ive been too. Finally, the buffet was deceptively blan entrance opened up to a quaint buffet area that had some of the best food Ive had and for half the cost of most others. $15 for lunch was worth every penny. I tried the tortellinis, stuffed bell peppers, pork ribs, chile verde, prime rib, braised chicken and everything was as good as you would expect for ordering at any restaurant - let alone a buffet. If I could say anything else, take the time to drive down to this little oasis in the desert. You wont be disappointed.

We ate at the buffet and were pleasantly surprised at the quality of all the food. nothing was off and the staff made was quick to respond to any dishes piling up. We then went to the bingo hall and enjoyed the games with a helpful staff, albeit a little busy with the one concession stand in the room. be sure to get what you want before everyone rushes over. Finally we went to their bakery/ice cream parlor (doesnt do it justice as they hac e many foods) for dessert after everything and got some shakes and other snacks. (all good) interesting aide note, which might not be typical of every group, but one of our party thag didnt play bingo won enough on the machines outside the hall to pay for just about everything. So all-in-all a worthwhile, inexpensive trip. We just had to drive a little over an hour from Redlands to get there. Also, dont worry about the 120 degree weather; they keep the casino well air condotioned. 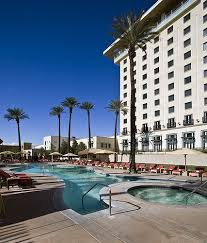 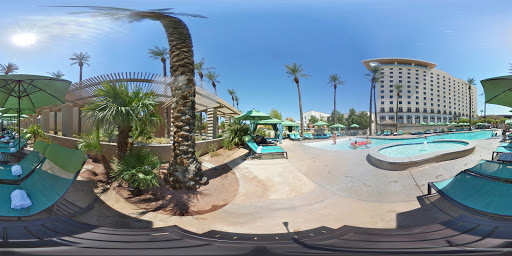 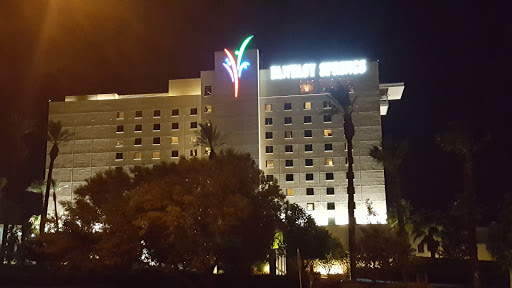 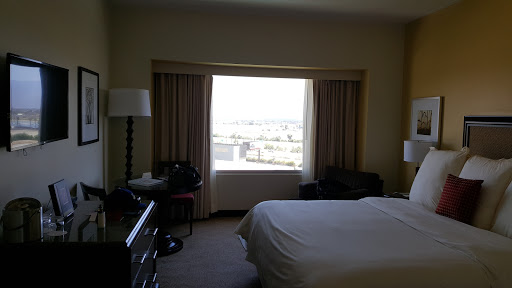 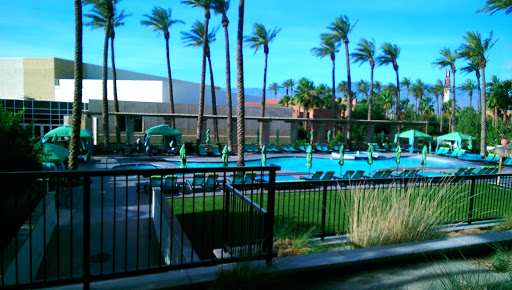 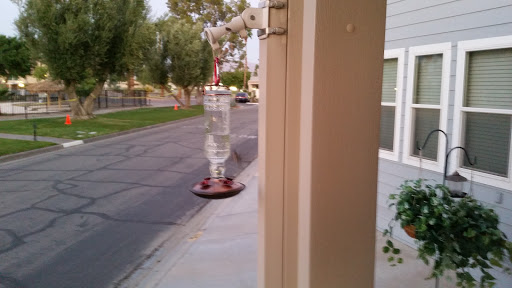 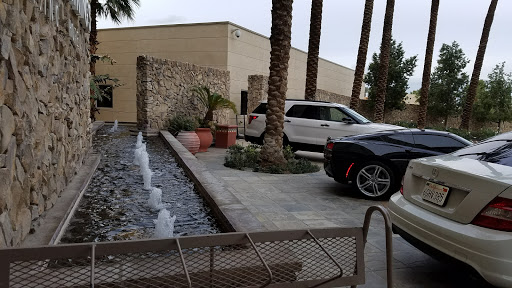 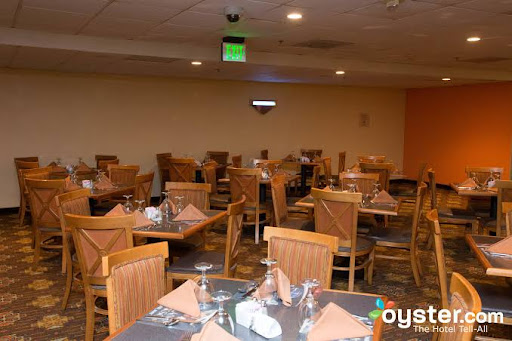 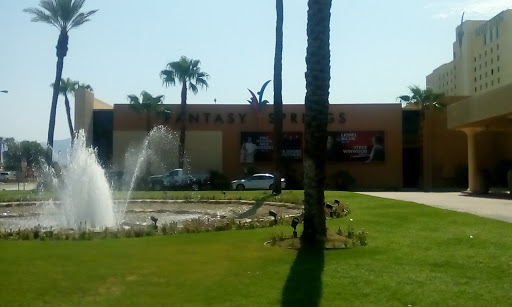 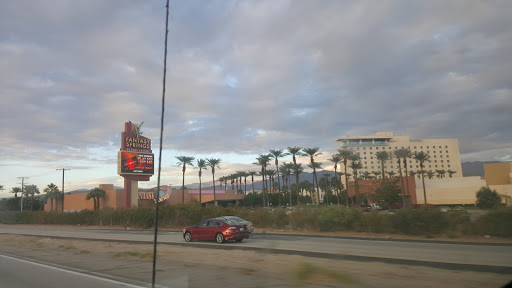 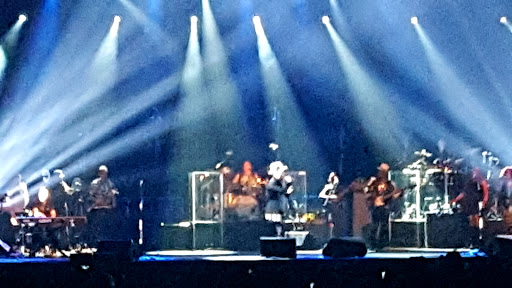 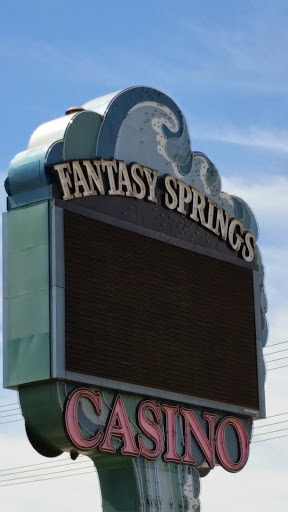 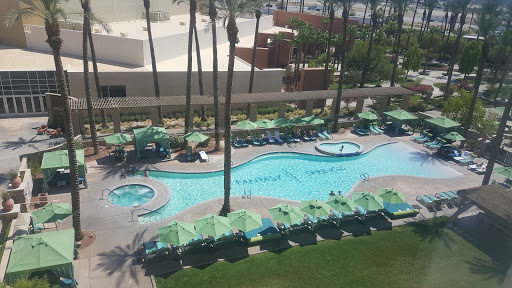 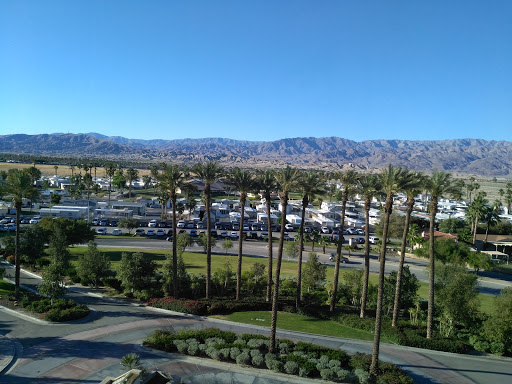