We booked a camping site over the fathers day weekend. They stuck us right beside the bathhouse beside all the traffic and the dumpster (which smelled like a dead animal). We were tent camping and the spot we were given was awful for that purpose. Perhaps you should have dedicated tent-camping spots? Besides the general crappiness of the camping (it would probably be great if you had an RV, but we were tent camping) the amenities advertised on the parks website are just non-existent or pricey. For example, they advertise disc golf and nature trails. I never found any nature trails, unless they mean the short walk to the Jet Ski rental place, which is nothing. The disc golf course is there, sort of. However its very small and not at all designed. Basically they shoved a bunch of baskets into an acre between the office and the jet ski rental. There are no tee-boxes and the whole thing is really lame. I have played some great disc-golf courses so this was a big disappointment, really it was one of the deciding factors for our trip. They also advertise a recreation hall. I dont know if that is just a cabin amenity or if they mean the little game room beside the office but either way there is no recreation hall, at least I never saw it. Then there was the campers beach, which we though we would be able to access because we were camping. We got in around 6 and thought we would go down and check it out. Well guess what, there is shuffleboard and horseshoes but no access to the beach. In fact, there was a no swimming sign right on the other side of the fence. Now to the waterpark. If you are just going to the waterpark you might have an ok time. But here are some things that we encountered that made it not even worth the price of admission. First of all, if you have a kid under 48" expect them to be disappointed because they wont even be able to get on half of the rides. Then there is the tube situation. Are you guys too cheap to buy more tubes? I mean really, at the wave pool my six-year-old lost his tube to little bully kids taking it from him. And I really dont want to be the guy taking a tube away from another kid for my kid, so I let it go. But you really should invest in more tubes. It makes people not even want to get on those rides. The worst part is the food. $10 for a chicken finger basket that is cold and no sauce is ridiculous. I highly recommend bringing a picnic basket and eating lunch outside (you can leave and come back in once, I think). We could have had a nice sit-down meal at a restaurant for what we paid (about $50), but we ended up eating crappy food. The quality is the main thing. When I buy nachos, I expect the cheese to at least be warm. Overall, I would not recommend this place to anyone, especially if you are camping and expect to hike or enjoy other amenities that they dont really have.

Alright so Ive had season passes last year 2016 and got them again this year 2017. I will start out by saying my 2 daughters absolutely love going here for the most part, what they dont care for and I really cant stand are the giant buckets of water that dump down outta no where on what is supposed to be "little" kids areas. Like no warning its coming and gallons on top of gallons of water at one time Ive seen it knock several kids down the steps when they get hit by it and my own pre schooler is super scared to get anywhere around there if she thinks or see it pour water out, I really wish they would put it on a timer, ring a loud bell before it pours, something just not safe at all! I asked a life guard on our last visit how often it dumps and his response was I dont know, not that helpful and to top it off when it pours even the lifeguards move out of the way! so your gonna run down the steps and leave my 3 year old up there along with many other kids to get dumped by all this water! not ok! On top of that the food is waaaaaaay to over priced! we eat before we go , and sometimes pack lunchables in the car in a cooler and come out and eat them! While you cant bring food / drink other then a bottle of water in you can walk outside to the car and eat and go back in. It does get very crowded, I dont usually bother trying to go on a weekend as its just to much when we go we get there about 915 on a weekday and they open at 10 but if you get there early you can actually get a nice chair under an umbrella! but if your not there early your most likely not going to find anywhere! As far as personal things I have a water proof phone case that I wear around my neck and keep passes, license, cards, money anything of importance on me! I usually leave my towels over the chair and a bag with extra kid things and never had anyone touch that but again I would not chance valuables left alone here or anywhere! I have a parking pass because whos going to pay 9$ for every visit to park! I dont bother with lockers again just buy a 5$ case at Walmart and keep your valuables on you! So that about sums its up its not a great amazing park for adults but kids seem to love it! Eat before you go or bring a cooler in the car and go out to eat and go back in, keep valuables on you and youll enjoy it a bit more! Hope this helps

We bought our season passes a few months ago and went last weekend on their first day open and I was surprised how this place was operating. They kept changing the rules. For example, when we got in the lazy river I asked two lifeguards if it was ok to float in there without a tube, as it is ok to do at other water parks like Wet n Wild in Orlando Fl and Adventure Island in Tampa Bay. They said sure, and it was not prohibited on the board with the written rules so we floated around and then were yelled at by a lifeguard, and yes yelled at for not having a tube. It was like she expected us to jump out immediately, except there was no exit around us. Once we got a tube and we floated around we were yelled at again that we had to get out b/c we went around the river once. This was in no way shape or form in the written rules and I got angry bc I am a grown married woman with a Masters degree and do not appreciate being yelled at or degraded when I am trying to relax. The lifeguards were reaching out trying to take my tube out from under me. I only had that tube for like 5 min. I threatened the lifeguards to put one finger on me and I was going to call my attorney. I have been to many waterparks from Florida to Las Vegas and have never been hassled like this-ever. The beach was closed and we left bc it was very stressful. We just went again today and there were chairs on the beach and when we went to sit down, there was a lifeguard yelling at us saying the beach was closed and wouldnt open for 30 min. Why do they not post signs? We waited around bc the beach was the reason we got our tickets in the first place but then it did not open and other employees were saying the beach was closed period. We left after only being there an hour and a half. We are going to try to get our money back. Also they raised their prices. It is $8 to park plus the admission is around $30 a person. Just found out the lake is not open for swimming. You can only get in at a very small sectioned off area that is at most 4 ftdeep and you have to wear a life vest. Ever seen grown people standing up in water with a life vest on? Thats what you will see there. Its an expensive joke on us. 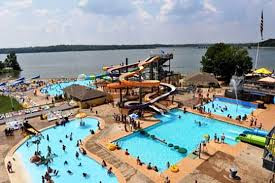 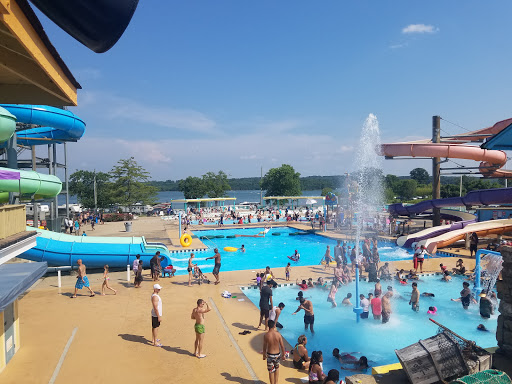 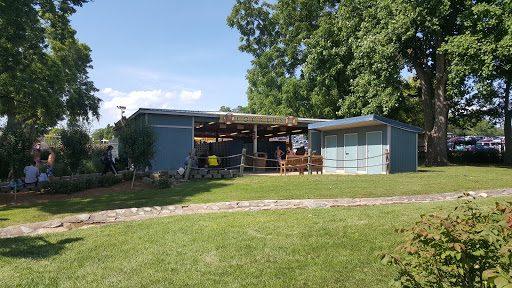 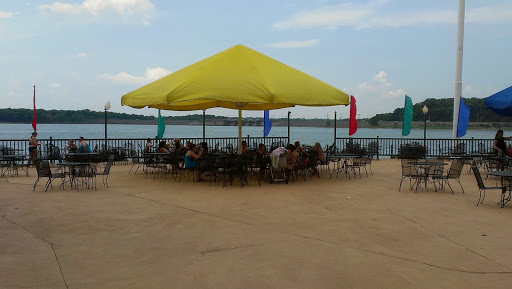 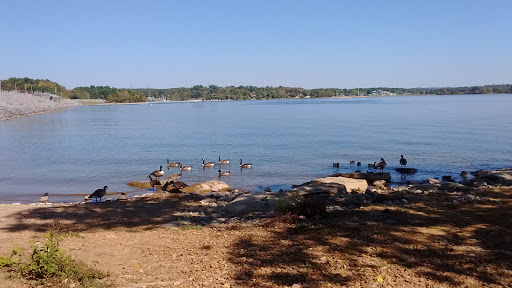 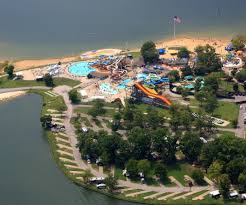 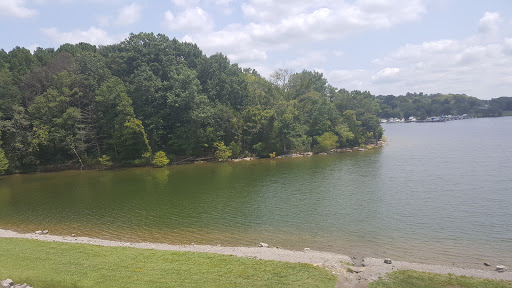 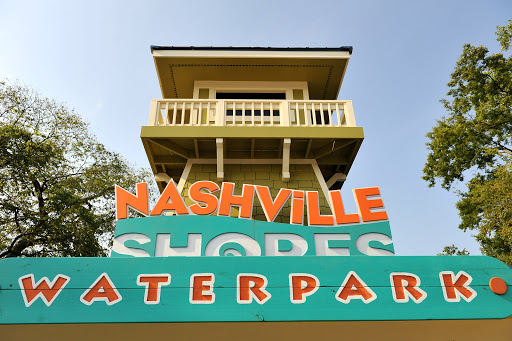 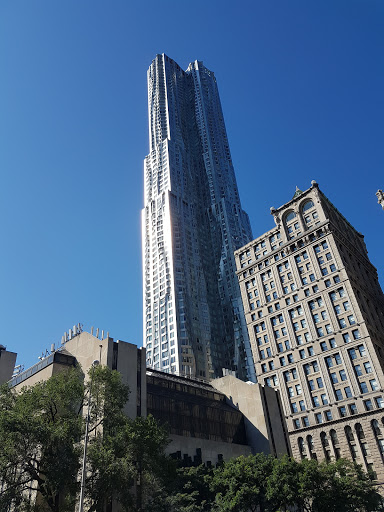 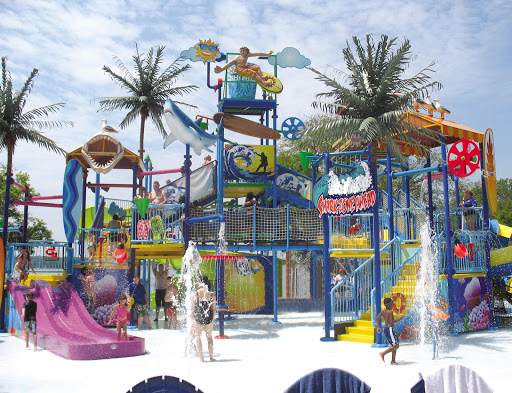 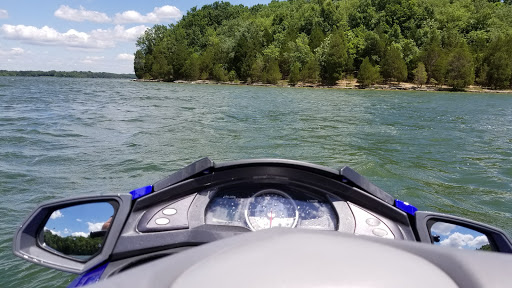 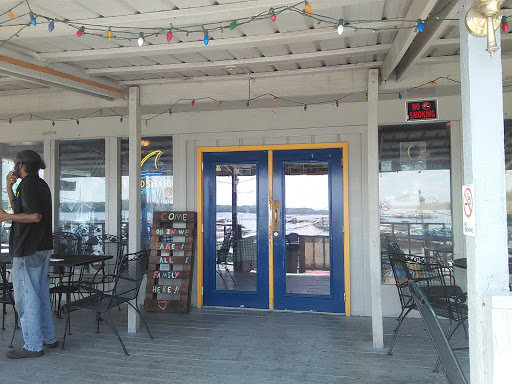 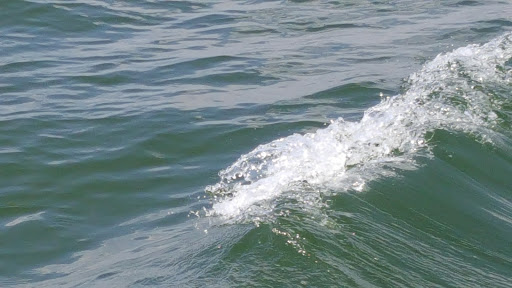 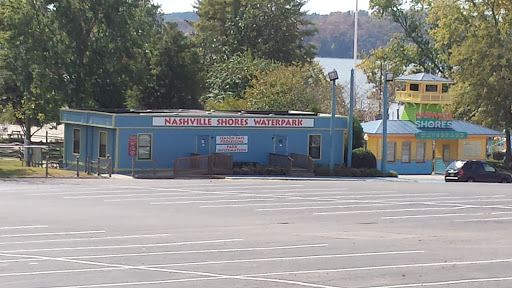 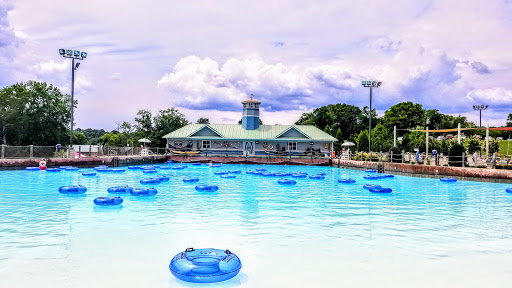 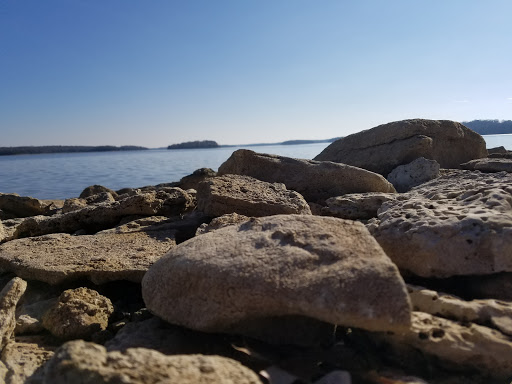