I am writing this review late, my wedding was in June. I hate giving 3 stars seeing that we had such a beautiful and amazing wedding but I have to be honest about the quality of service. The reason our wedding was so great though was because we paid them so much. Amy and her staff are very nice, professional, and helpful but they would not throw in a free chair no matter how much you pay. We paid them about $5,000 for multiple venues, additional tables and chairs, and decorations. We had to pay for additional chair covers, but that wasnt enough for them because we also had to pay labor for each additional chair cover to be tied on. I could understand this if we hadnt already bought a huge package, paid for so many extras. We shelled out something around $50 for some vinyl stickers on their bench. And on the day of the wedding, I was worried about not having enough chairs at the reception. Amy said that they could pull them out of the closet 5 feet away but they would be an extra $1 each. We needed a table to put one of our flower arrangements on - $10 for a wobbly table. They have every right to charge for what they do but a little bit of customer service would have gone a long way and I would have appreciated one time to be told that its okay and we could have something thrown in since we were paying so much. Then comes our reception which we did serve alcohol in after many discussions back and forth between the bar tender and Castle park. The two of them also discussed it to confirm everything. Yet, to my surprise our mix drinks that we bought the supplies for and planned out were not allowed because they had hard alcohol. Of course if we went through their caterers it would have been okay with them. I can understand policy and accepted having to get rid of half of our drinks. However, the discomfort caused by Amy constantly coming in as if to make sure we werent breaking her rules was really off-putting. Like I said, our wedding was done wonderfully. But, if you dont want to be nickle-and-dimed then do not go to Castle Park. I would also like to mention that it is somewhat difficult to get in touch with anyone here over the phone, this is understandable though. Surprisingly, we got our deposit back minus our last minute chair and wobbly table charges. EDIT: I forgot to mention that part of what we were paying for was supposed to be for their staff to come around and take out the trash. However, my guests and family were having to take out the trash with nowhere to take it to and there was not an employee in sight.

my daugter and her fience is getting married in 5 weeks at Castle park venue. almost a year ago they booked their date. at that time they verified everything included in their package, and specifically asked if the white linen table cloths for all the tables were and they were told yes. I then called the venue a short time later, gave my name, the bride and grroms name and wedding date and asked about the table cloths, I was told yes they are includes. a few months ago I attended an apopintment with my daughter and her fience, we took a tour through the ball room and there were table cloths on the tables, both my daughter and I asked the lady if these are the table cloths that will be on the tables. we were told yes. yesterday I attended their final appointment at the venue and my daughter asked if our table cloths are smooth or have the ripple like ont he table in the room. the lady told us we do not have table cloths included. I told her of my phone call and our walk through (with her) and she treated us like she didnt hear a work I said. BUT did tell me I can rent them for another $100. I have to tell you I saw the excitement fall off my daughters face and dissapointment set in. that is deffinatly not what you want to see with your daughter or the bride. both myself and the grooms mother are single parents and want everything to be perfect. although I can purchase my own linen table cloths at about the same price to own, this has left a bad taste in everyones mouth and worry of what else will go wrong with this venue. I have another daughter geting married in a year & they are looking at venues. I cant say I would reccomend this one

Castle Park Events Center is perhaps the most unprofessional events center that I have attended. During a recent wedding, one of which cost over $3,000 without tables, linens, etc., two staff members (a female and a male) were going to the parents of the bride and groom demanding more money. The group required additional tables, which were brought in, but not set up (the guest had to do it after children brought them in)- within minutes, the manager was demanding $60 in cash. Several minutes later, she approached another parent and requested additional funds. During a reception, it is completely unprofessional to go in front of a large group and demand more money as if the group was going to swindle them. I went outside and found that the bride was talking to the managers about more money- at one point, the manager pointed his finger at one of the guests and made a rather big scene about money. Please note, the venue was already paid for; the management simply wanted more money, in cash, for the additional tables and linens immediately. The event center provided about 4 tables, charged $240, but did not set them up. Based on previous reviews, this is something that is not an uncommon bait and switch operation that this place is conducting. Furthermore, the layout was completely unjustified for multiple events at one time. This place promises your own vendors, music, etc. however, the management made it clear that it was not above kicking out everyone without any reimbursement.

It was really nice to have a venue that did almost everything! I didnt have to worry about finding an accepted vendor! And their catering service provides a lot of variety so it made the planning really simple. On the day of the catering team was super helpful and considerate. I had a lot of timing concerns because I was doing a dinner and a flowing reception and they set up in time and took down the buffet exactly when I told them. Because they laid out their services and the specifics of the services in their pamphlet that they gave me when I initially went and saw the venue when I went back to plan with the wedding planner there werent many surprises and it went rather quickly and painlessly. The decorations that they do set up were arrange beautifully when we arrived and we just put up some of our extras. They have a lot of variety in their decorations too. The only thing that wasnt exactly clear in the pamphlet was the tablecloths and the flowers. The tablecloths that come as part of the package are the pinched ones rather than flat steamed ones. The flat steamed ones were $5 extra per table which wasnt bad so I just paid it. Also the flowers that come with the package were roses and I dont like roses so that is something to be aware of. 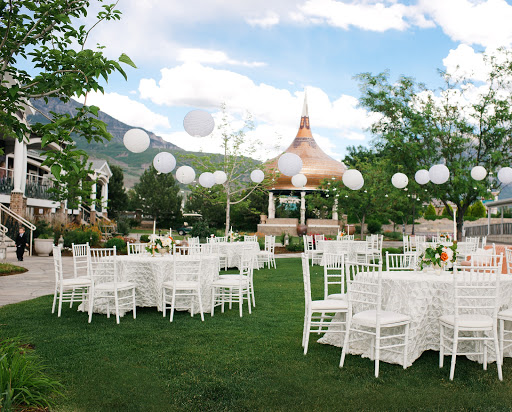 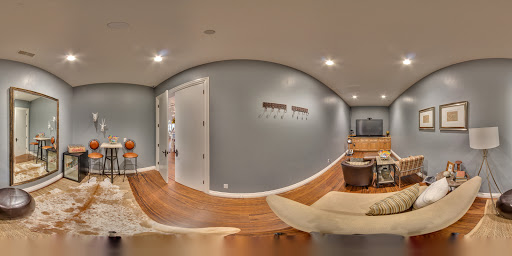 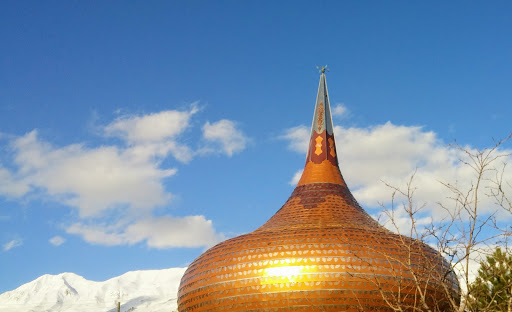 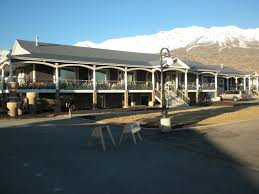 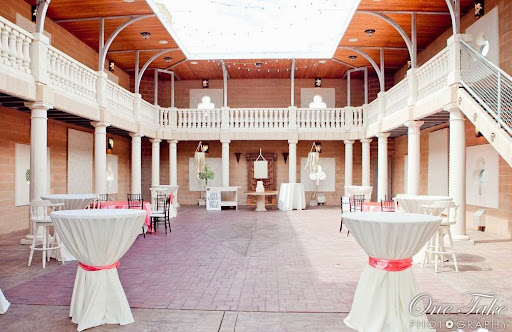 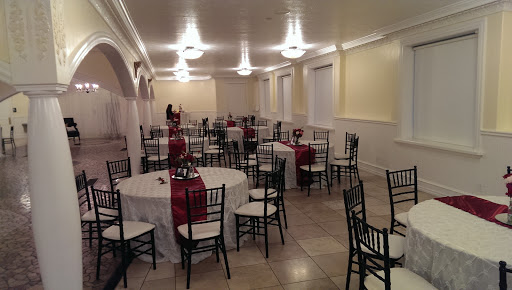 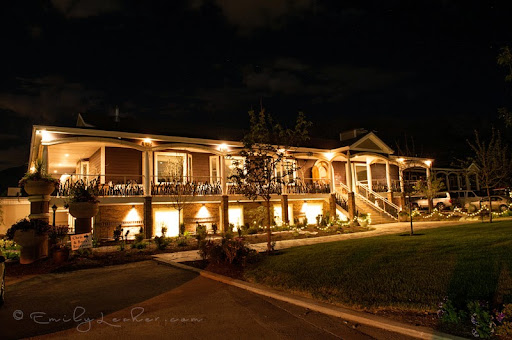 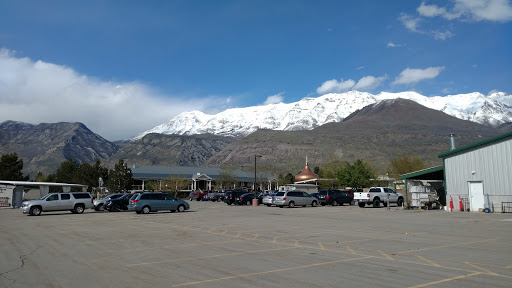 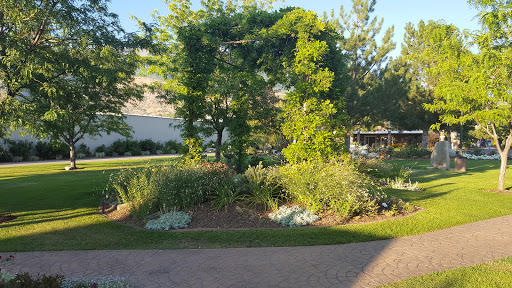 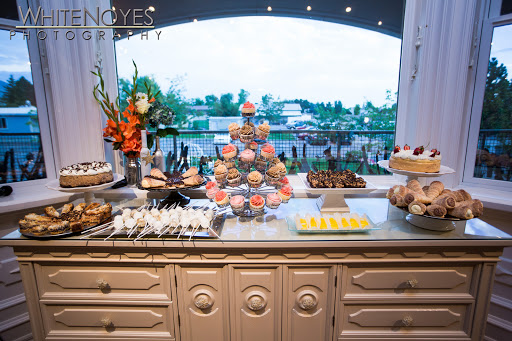 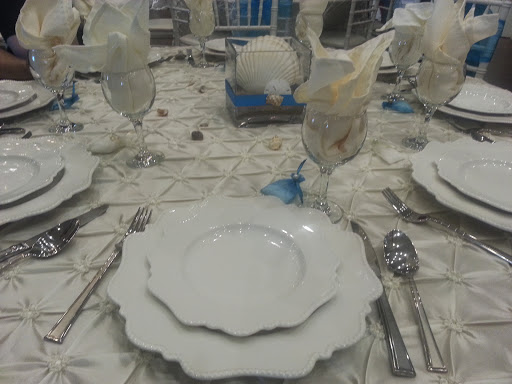 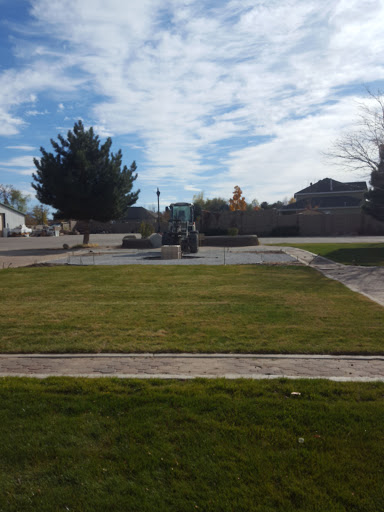 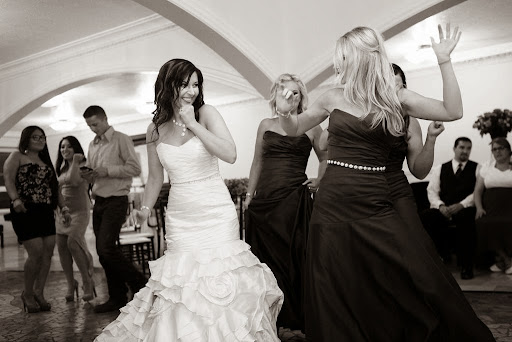 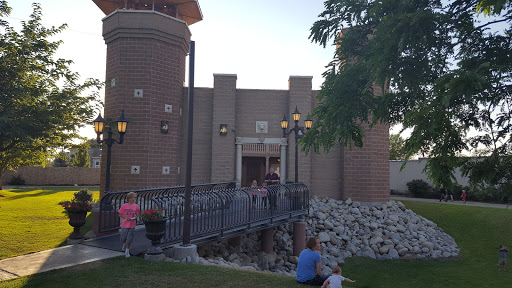