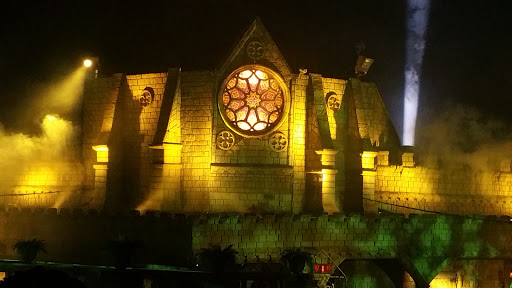 All I can say is WOW! I am always looking for the best haunted houses around each year. I heard about this one and that it made Hauntworld Magazine at #18 in the country I had to check it out. This is a good 2 hour drive for me but it was very worth it. I bough the ScareSaver VIP online for $20 which was a good deal. Even crappy haunted houses are charging $20 for their tickets anymore. I have been to some of the best haunted houses in the country and this ranks with the very best that I have ever been to. I might even venture as far as to say that it is the best i have ever been to. The detail in the sets is fantastic. They have invest a lot of time, money and energy into creating very visceral sets. I walked through, tombs, crypts, an underground cavern, a maze, a slaughterhouse and many others They had big running waterfalls that you walk in and around. In addition to the details they have injected an aroma in to some of the haunts. So you get the looks, sounds, and the smell, its very immersive They do a really good job of misdirection. The draw your attention to one part of the room only to jump out at you from a completely different direction. There are a bunch of scares that look very harmless and are quite deceptive. Things that you think are safe arent and things that you think will jump at you dont always. Its a mind trip. I am not easily scared. In fact Im not even easily startled in haunted houses but I did jump a couple times here. I dont want to give anything away but I cant say enough good things about this one. After a haunt like this Im afraid that I wont be able to go to many other haunted houses without being totally disappointed. Thats how good this one is. In my opinion this the nest haunt in the Pittsburgh area bar none. Scarehouse has nothing on this one.

Go to this Haunt! I am an actor currently in Pittsburgh performing in Triple Espresso at the CLO Cabaret. However, my experience in the Haunt world is extensive and varied from working with the ThrillVania founder in Texas in the early days of the Verdun Manor to my own ventures into various Variety Venues around the world and special effects creations for Film/TV and Stage productions. I am also an avid fan of haunts of all levels. I am grateful that my travels have afforded me some great opportunities to see many different attractions. So when I write "Go to this Haunt!" I mean it. The line is well managed and moves. I certainly do not want to give anything away but the walk through was very long once we entered the attraction. It just kept going and going. It is also a disorienting pathway which twists and turns creating and emphasizing a wonderful claustrophobic feeling. In addition the attention to detail and the creativity really caught my attention. It is the kind of haunt that demands a second visit because I felt as though I missed much of the detail. The maze was a great highlight. My friend and I actually got lost in the twelve foot high black walled maze. This is unusual for me as I have been in many attractions in L.A., San Diego, Texas and overseas and rarely do they surprise. The Hundred Acres Manor was the exception to my previous haunt experiences. Scary, Creative, Detailed and Inspired - Great job! I look forward to another visit next year.

I go to the haunted house every year, normally more than once, considering its like 5 minutes from my house. It is a phenomenal haunt. The owner pours his heart into it. Every year it keeps getting better & better. Although when I went this year for the first time, it was not up to par. It was a very very busy Saturday night. The line was the longest ive ever seen. We waited for approx. 2 hours. Which is crazy. For waiting for 2 hours, I for sure wasnt impressed. Once we got in, all was great, until we got off of the elevator contraption they have at the beginning. The group in the 2nd elevator got off the same time our group did, so we were a giant group of about 12-16. Which definitely takes away from the haunt. About halfway through we ended up with just about 6, which was wonderful. I actually got spooked a bit towards the end because of the small group size. I dont think they had enough volunteers to fill the house that night. They were sparse. Most of them just stood there & werent popping out or saying anything. That was probably the most disappointing part of it all. I know most of the people who work there are volunteers, but they should still do their job. I would never turn anyone away from this haunt. It really is great. Just go on a week night when it isnt super busy. Its well worth the $20 admission on a night when there isnt a million people trying to get in.

Prepare yourself for a serious time as Hundred Acres Manor is the most complex haunted house in Pittsburgh. The house takes a long time to walk through. There are lots of different areas, such as the circus, or the prison, to keep your interest and each area is staffed with lots of live actors to terrify you. The only down side to this is that you may end up waiting in line because visitors are allowed to take their time in the experience. Visitors are sent through in small groups and are treated to a very cool presentation at the beginning (spoiler alert: if youve been to Disneys Haunted Mansion youll remember this really cool trick!), which can add to the line time, but it is really worth it. If youre really in a hurry you can buy a VIP pass that will get you to the front of the line. The maze is very long and complicated and the disorientation that you feel makes it really terrifying. The haunt is clearly not intended for young families - the recommended minimum age for visitors is 13, so I wouldnt recommend bringing your young children here. Even if visitors are not inside the house the actors come out of the house and interact with the audience in the parking lot and waiting line, so if youre easily scared its best to just stay away all together. I love this place and I think you will too.

If I would have given Hundred Acres Manor a review last year, it would have easily gotten 5 stars. HOWEVER, this year was just awful. Keep in mind that I went on a night that it was raining, but they need to have a roof outside then in case of poor weather forecasts. Your customers DO NOT want to stand in line for an hour or more soaked especially if it is cold out. ALSO, the whole haunted house had nothing but GIGANTIC mud puddles. My shoes, along with my friends shoes, were absolutely soaked. Everywhere that you walked, there was a puddle. Some puddles even lasted a whole hallway. GET ROOFS PUT ON! Also bring back the maze. It wasnt fun just going through one big haunted house. The maze made it a lot more fun and switched things up. Another big problem was the fact that it didnt take my group long to catch up to the group in front of us. We found ourselves having to keep stopping for about a minute or two so we werent directly behind the group and knew when a scare was happening. Besides the awful experience this year, definitely do the Lights Out which is the first week of November and also why Im giving this review 3 stars! You really are in the dark the whole time. Super fun and I was terrified last year. Worth every penny especially since its going to a good cause. 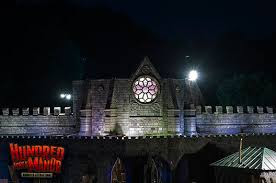 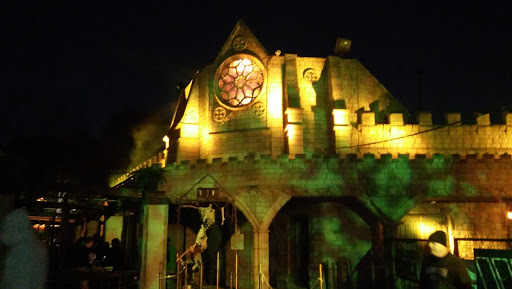 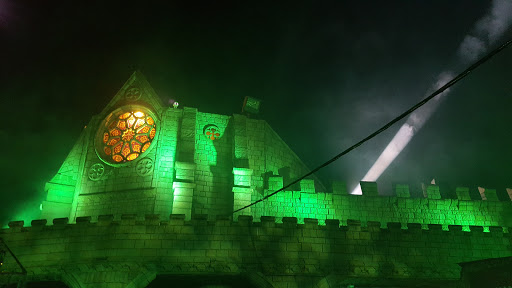 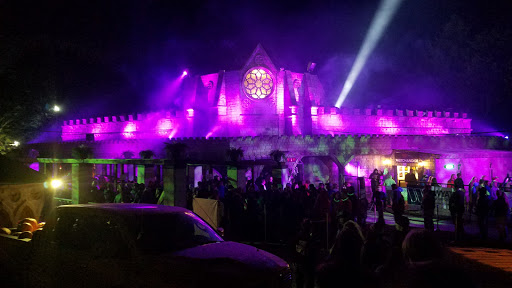 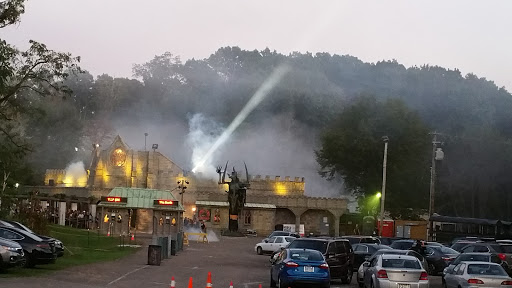 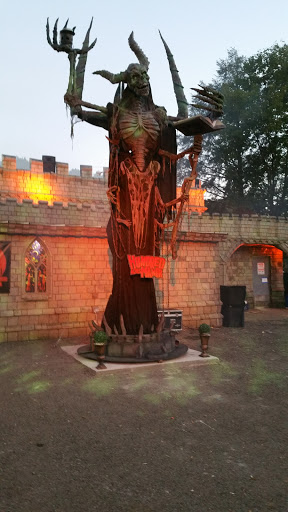 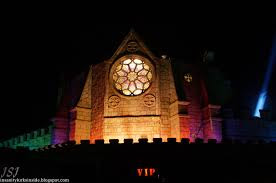 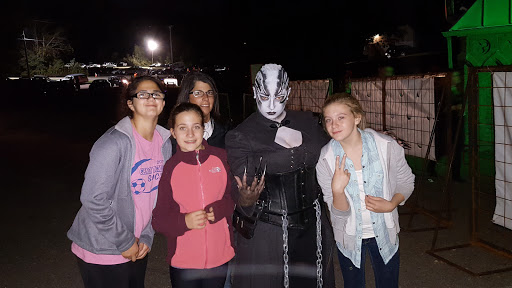 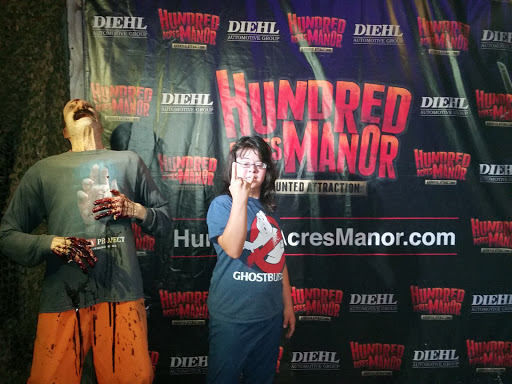 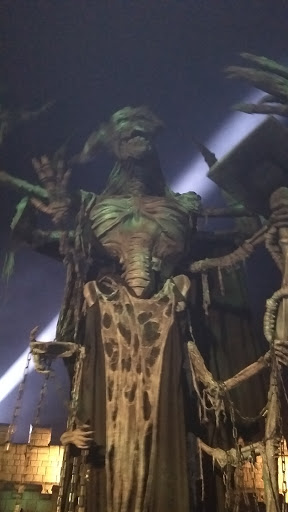 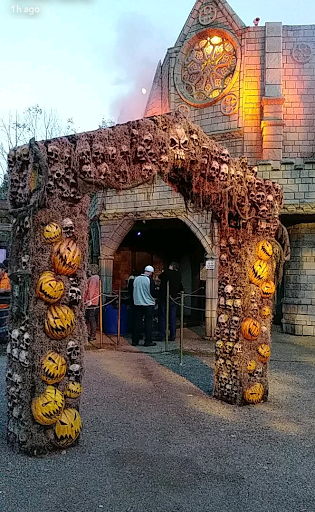 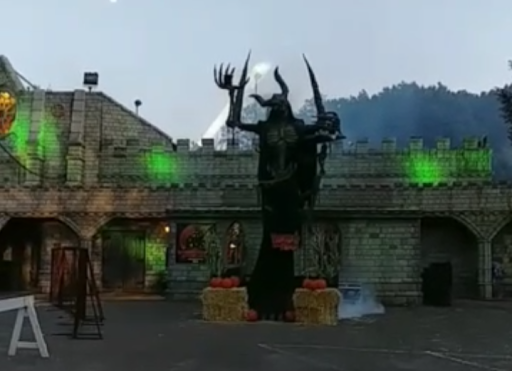 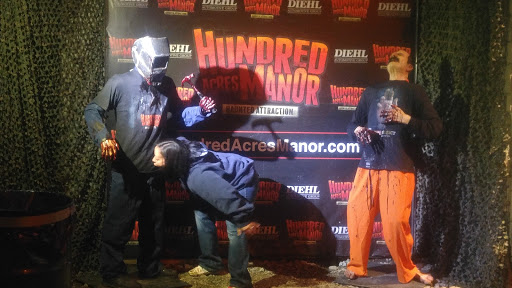 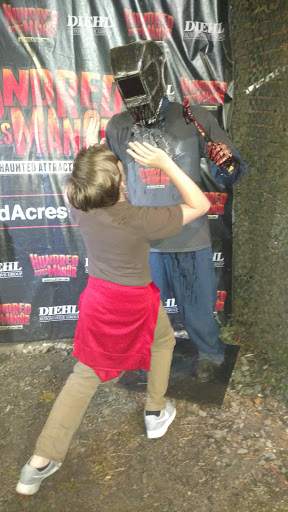 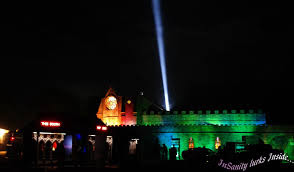 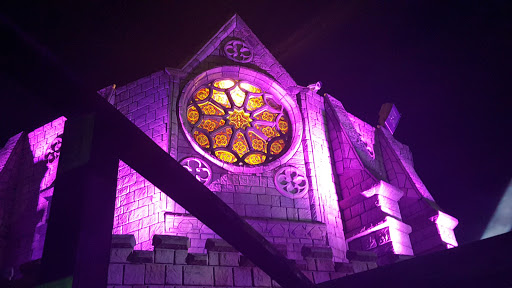 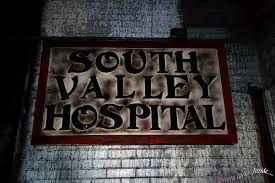 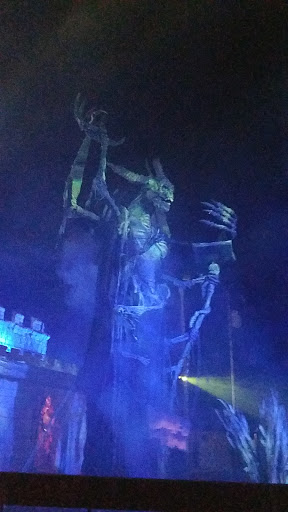 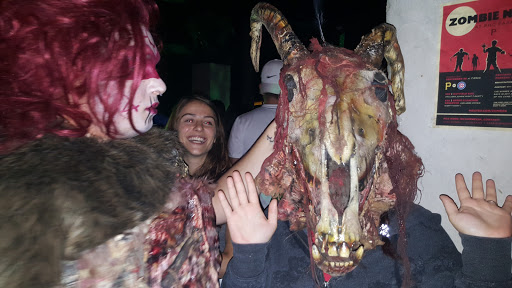 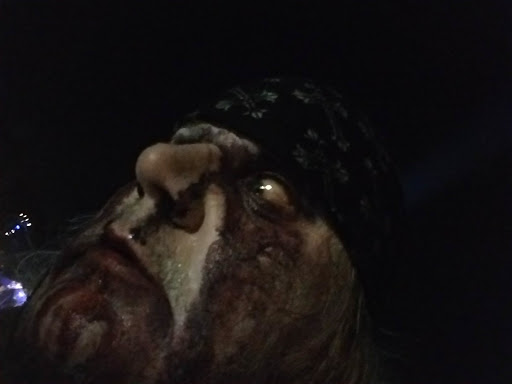