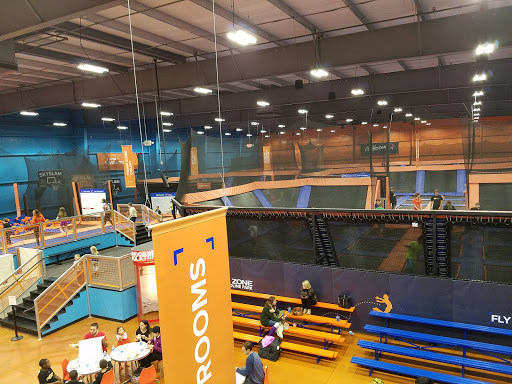 Its busy, the time slots are a little annoying, and the waivers dont transfer with other sky zones. That all doesnt matter that much as the price is right and its a lot of fun. Theres 4 trampolines that jump into foam pits where you can spin and do front flips, but no back flips. Theres 3 basketball hoops at different heights which you can try to dunk in. One is reserved for younger kids. Theres 3 seperate dodgeball areas with a grid of trampolines. One is reserved for younger kids. Theres one large free jump area with grids of trampolines where front and backflips are allowed. Kids are separated into their own area unless parents want them near. Theres a lot of rules, but most are sensible and the college age kids enforcing them are fairly lenient. There are obviously kids everywhere you have to watch out for, but it still isnt a bad time for adults who want to get some exercise.

Why have three separate trampoline basketball lanes if you cant use all three at the same time, or you cant even use two of them side by side?! Same with the foam pit....you have 4 different trampoline squares to jump off of into the foam pit, but you dont allow 4 people to go at once. While I appreciate the safety, I think this is overkill, I cant see the safety issue if theyre all used at once....It just leads to longer lines and unnecessary wait time, which is important when youre paying by the hour. Weve been to the skyzone in Leetsdale, as well as Flight in Pittsburgh and neither of them are so strict, you can utilize all the lanes at the same time etc. I like that they have staff at each station, but I think they should just make sure theres no line skipping or fighting etc... My kids all said they didnt want to go back to this one, that theyd rather go to one of the other ones.

The staff at this establishment is one of the most racist I have ever dealt with. Rules depend on your race for example, one of the main games (dodgeball) the rule is of your ball makes contact with your opponents face you are out. This is not the case for African American players. The staff consists of mostly black employees. There for the only people to coach the game are also black if you are white however you are treated like absolute trash. Going back to the subject of dodgeball if you hit a black kid and your white in the face you are out but if they hit you in the face your out it doesnt matter if you get hit by a black kid your out no matter what. I have decided never to return to this god awful race war of a trampoline park.

Hi, well let me tell you a story, my phone was lost in the foam pit and they never found it I think they just never clean it out (even though they told they did). I am going on Vaca tomorrow and if I dont have my phone because they decided to not look harder for my phone I wont be able to go cause I have everything on that phone. I need my GPS if I cant have then I cant drive down there ( because my location is on my phone). So now I have to take a ride with a family member oh wait all my family are where am going on vaca so now I dont have my phone to contact my family. My phone has been lost for 4 months.The End.

This was the worst customer service ever!!! most of the staff were extremely rude and they hovered over you like a child. If you did anything "wrong" they scolded you in a rude way!! not pleasant at all i dont think any of the staff smiled. I can think of better ways to spend my time like chewing on glass and gargling with salt water !!! keep your money and get something else !! the place was small too and got boring about 30 minutes in. There motto is "jumping is freedom" but there isnt any freedom !!! HORRIBLE EXPERIENCE WONT BE GOING BACK AGAIN !!!!!

Trampoline parks are awesome - no 2 ways about it. This is the second Sky Zone I have been to. Its bigger than the one in Mechanicsburg, PA, but doesnt seem to be quite as well run. There were no specific places to park shoes, so there were shoes all over the place - hard to find a place to sit. They also did not have the rules guy in a sensible place - let alone the workers at the front desk telling us there WAS a rules guy we had to meet first before our kids could jump. We lost probably 5 minutes during our jump time because we couldnt find the guy.

So first of all, the employees were especially racist. Yes, RACISTS. Self-hating blacks that dont know how to treat a customer. I arrived at 4pm on Saturday and I was treated to the worst service I ever encountered. I think the girls name was Julia? When I came to the concession stand to buy a drink I told the cashier to give me no ice. Not only was my order wrong, but when I addressed the problem I got attitude like I have never seen before. Do NOT go to sky zone if you arent one of the lily white patrons they so desire. This trashy, appalling place.

My kids (6&7) love coming here, but it is pricey at $12 for only 30 mins of jump time. Also a lot of fun for adults, but I was surprised to discover in mid-air that my back, pelvic floor, and the seat of my pants are getting old. Ease into it, friends. I split my jeggings right up my behind. They have a pit of foam blocks that you can launch into from a trampoline, several trampoline dodgeball courts, and a large free jumping area of trampolines. There are party rooms for bdays, a snack bar and seating areas. Pay lockers are available too.

If I could give this place negative stars I would. I had my sons fourth birthday there - bought the supreme air package for nearly $500 and the staff was rude. The GM and some kid named Jordan were insulting to the children and myself. Really disappointing to be treated with such disrespect when I spent an arm and a leg on this party. Watch out for Jordan and his sidekick - theyll yell at your children not considering that they are 3 - 4 y/o. Thanks but no thanks - take my business elsewhere.

We were just driving by this afternoon and decided to stop in. I read the other reviews but I have to say, our experience was great. The staff was friendly some more so than others but none of them were rude and they were all watchful. The equipment and building in general was very clean. There were three of us jumping and we paid $16 a person for an hour of jumping around which, after an hour we were all pretty tired. Great place, fun and we will be going back!

Cant do doubles which sucks. Nor can you do backflips into the foam pit so you cant really practice any back twisting. And the trampolines are VERY small.(if they had long trampolines that would be great.) But if youre going there for fun its probably the best place in the entire world. I was able to practice front full and most front flips, but other than that I only reccomend trying back twisting on the trampolines if youre very skilled. 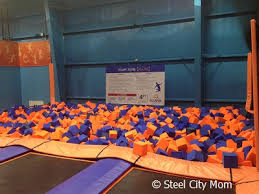 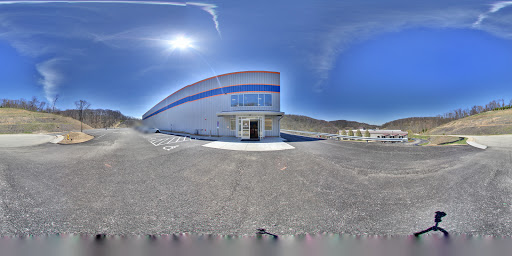 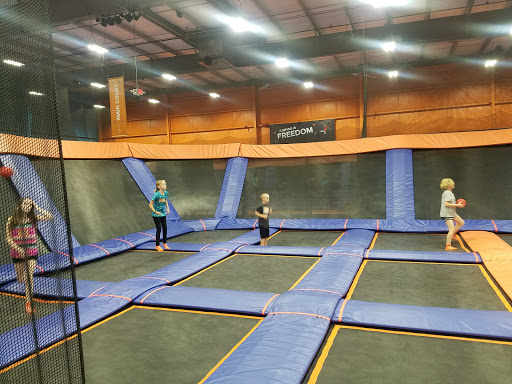 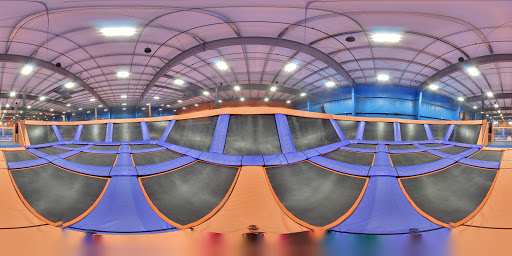 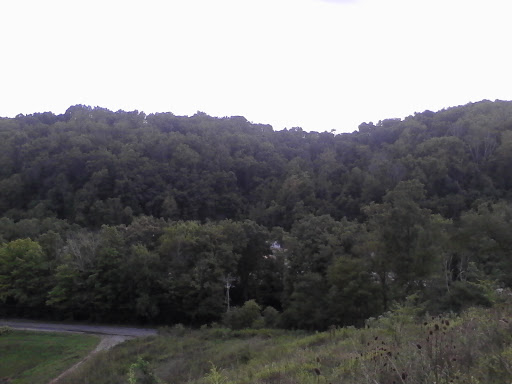 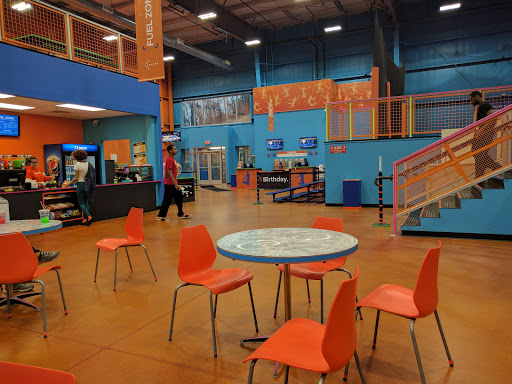 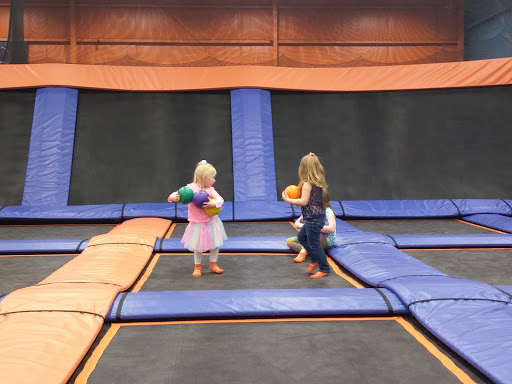 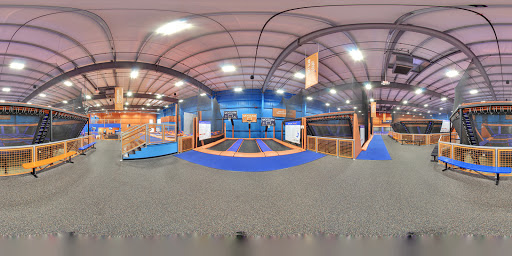 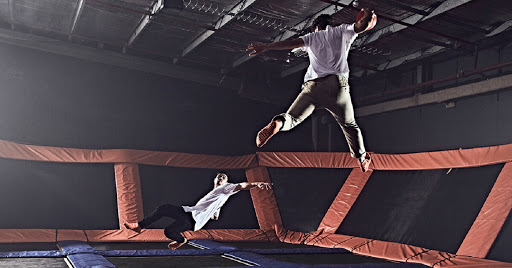 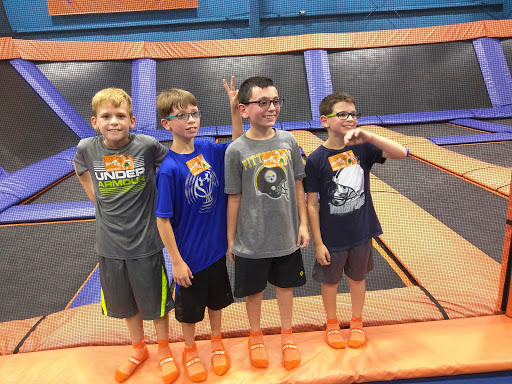 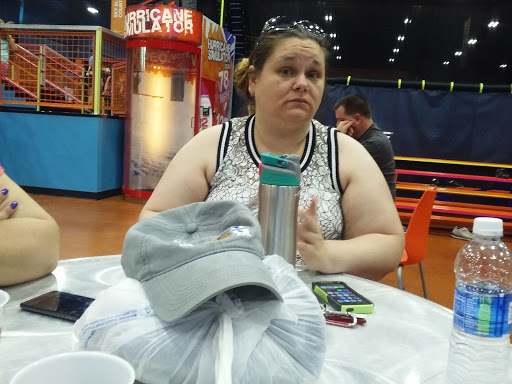 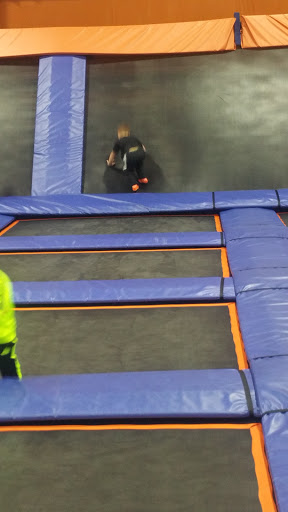 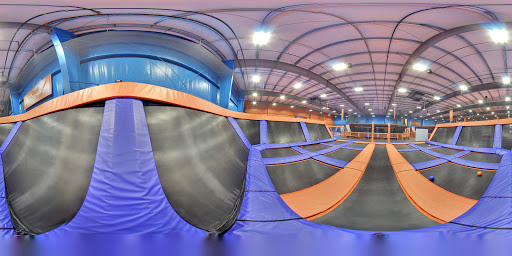 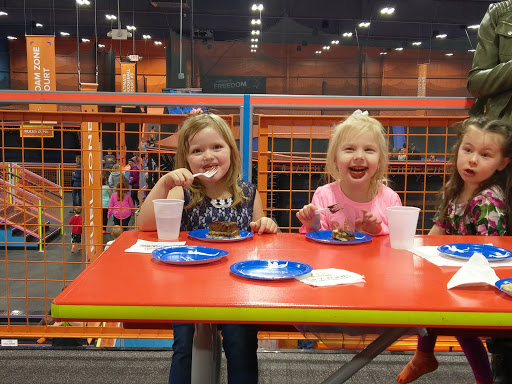 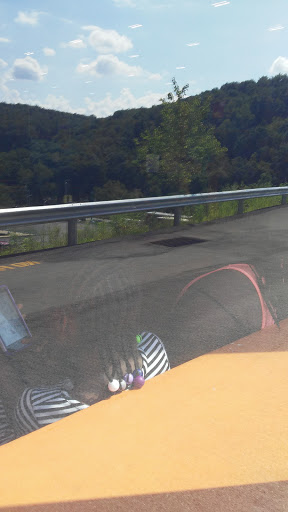 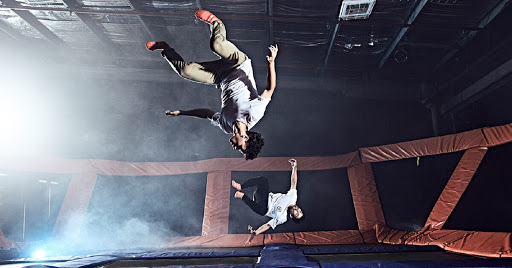 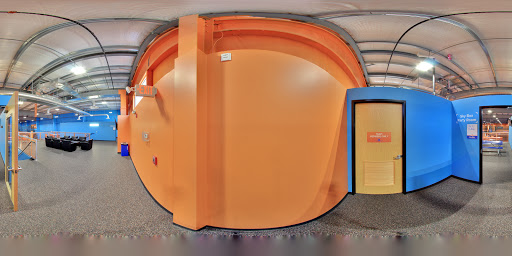 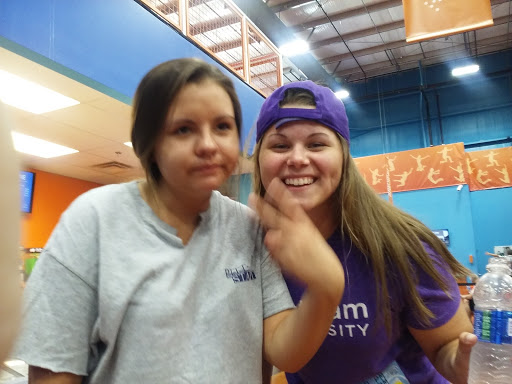 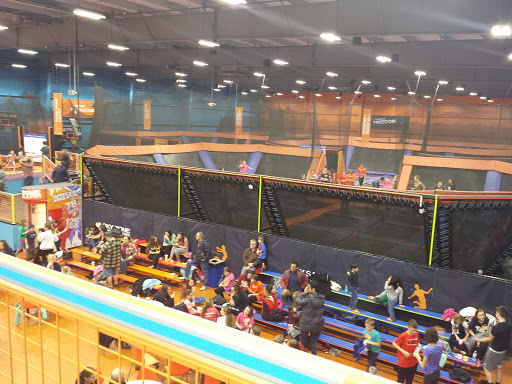