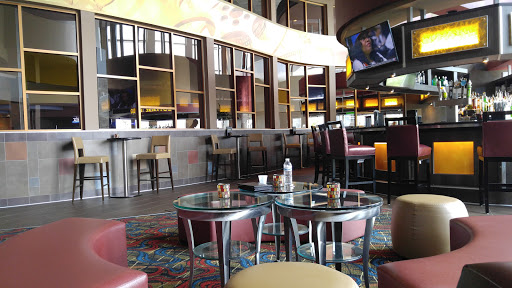 This review is for the CineBistro section of the theaters: This place is phenomenal. The age is 21+ for this area of the theater. I honestly was not sure what to expect as far as quality at a movie theater. Fear not, the food is restaurant quality and the concept is fun to experience. The food is a little bit on the higher end when it comes to price, but I think that the food quality really meets the expectation that the price sets. We decided to get a couple appetizers so that we could try more than one thing. We ended up ordering the Kimchi, Mediterranean plate, and the Wagu Beef Burgers. My favorite of all of them is the Wagu Beef.... delicious! You have got to try them is you like burgers. It comes as 3 sliders with onion strings on top, I have been telling everyone and their mom about this dish. The Kimchi was good- but a little spicy for me. The mediterranean plate was good also, but nothing special. If I had to do it all over again I would just get the burgers. Everything has to be ordered before the movie starts and service stops at the start of the movie, so if you want a refill or anything else you will have to go out to concessions to get it. I think this is understandable as they dont want to ruin the movie by walking around to everyone through out the whole movie. If you want to drink they do have various wine and beer options. If you get a bottle of wine they are not able to let you take the bottle with you, unfortunately. Fortunately if youre with someone else that is about 2 glasses of wine :). The seating is very comfortable and the seats completely recline. They are sectioned off into love seats and the middle arm rest can be removed to resemble more of a love seat versus two recliners. Comfortable and no clean up at the end of your meal and movie! Added plus- you get mints at the exit of your show. This place is bringing back the idea of good top-knotch service!!

This was one of the worst dining experiences that my wife and I have ever experienced. Recently we celebrated our 28th year wedding anniversary over the Independence Day holiday weekend. We decided instead of doing the status quo or routine, we would try something new, so we selected the Cinebistro in Liberty Township to celebrate our milestone, and possibly adopt them as our new celebratory ritual each year. However, and contrary to my extensive research of the theater, it was everything but what we expected. We had planned to eat dinner there to sample the food while watching our movie, we thought that the theaters set-up was a great concept, so we purposely skipped eating on this day so that we would be good and famished once we arrived. As it turns out this was a catastrophic mistake. The two ribeye steaks that we ordered were cooked charcoal black, I mean severely burnt which we couldnt tell until after we bit down into them because the theater is dark when we were served, the potato serving was the size of a three year olds portion, and the only thing that was somewhat edible was the Ceasars salad. This meal cost us roughly $82, including the somewhat forced 12.5% gratuity that we paid. Added to the cost of admission we spent roughly $132. This is not an enormous amount of money, in fact Ive spent much more in one evening out celebrating our union on many occasions, however, when I go out to eat dinner and still have to leave this bistro and go find another restaurant to eat because the first meal was completely inedible, then this is absolutely unacceptable. As it goes in terms of first impressions are everything, this business first impression fell flat on its face. Well never eat here again and were discouraging everyone that we know to never patronize this establishment.

My husband and I went on a date night to Cinebistro for the first time tonight! We had heard so many good things about this establishment but we were actually quite disappointed in the food service. We saved our appetites because we wanted to order dinner. Our movie started at 8. The staff begin taking orders at 7:30. My husband and I both ordered buttermilk chicken entrees along with drinks and an appetizer. The servers were great and very polite. The bartender made great drinks! We were watching the previews and watching as servers brought outr meals and drinks left and right, each time hoping it would be our food coming. At around 8:00 we were told that they were out of chicken and asked what else would we like to order. We were immediately upset! We were both hungry, anticipating the arrival of our food only to be told there was no chicken. How can you run out of chicken when one of your main dishes is chicken? Why did it take so long for someone to inform us if this matter? We ordered steak medium rare with loaded mashed potatoes as a replacement. We were told that no food was delivered during movie. I can see why that us such a necessary rule. We received our steaks at 8:30. Its about 20 minutes or so into the movie. Its very dark, we were using the lights from our phone to see our food. We only had butter knives so we had to send the server back into the kitchen to get us two steak knives. We ordered our steaks medium rare and they appeared to be medium well based on taste since it was dark and we couldnt actually see the steaks. The loaded mashed potatoes were very bland. We just expected our first time to be a little more organized. We enjoyed the theater and set up so we will more than likely go again but maybe only for drinks.

We went to Cobb Liberty Luxury for watching the Alien Covenant. We were so excited about the film we booked it 3 days in advance. We paid $30 for 2 for the movies. We were a bit late for the movie due to traffic. We just literally arrived at 7pm for a movie that started for 7pm. They told us that the last call for food was taken so we needed to order food from the concierge. We paid $70 for the food as well. So in total $100 for 2 person for cinema! However even though we paid this much they said we needed to come up and pick our food on our own. Okay, I understand that we were a bit late so we were okay giving a food order from the concierge but them not delivering was non acceptable. They were almost 10-15 people just walking around without doing nothing. After we ordered our food we went in and after 15 minutes in the movie our food was ready than we had to again step out from the movie to pick up the food(which was also terrible as well for the amount of money).. Also we asked for couple of sauces and they were not ready too so I did not want them as I was missing the movie because of the slowness of the workers... As a result I have missed the beginning of the film and it took me 30 minutes to concentrate on the film because of that .So overall I want to thank Cobb for ruining my movie night...I will not recommend anybody to have food in Cobb....If you want to go and watch a movie in relaxed chairs just go in and get a ticket..Get a drink at max but do not get food at all...You will get ripped and also you will also get pissed off with your own money 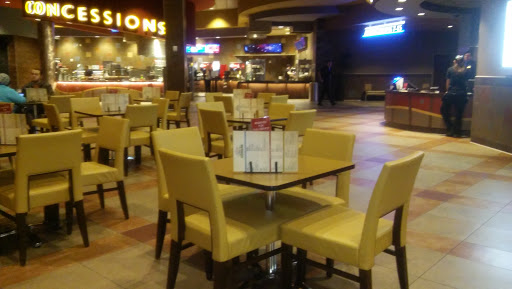 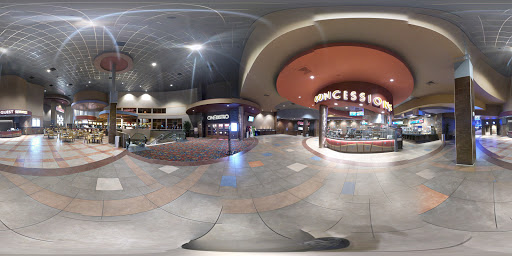 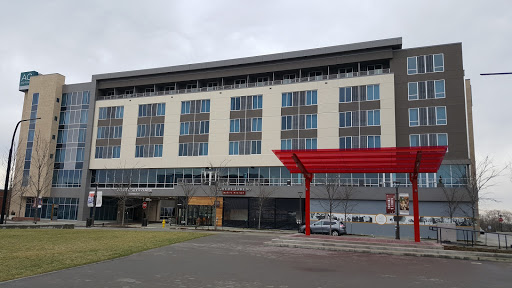 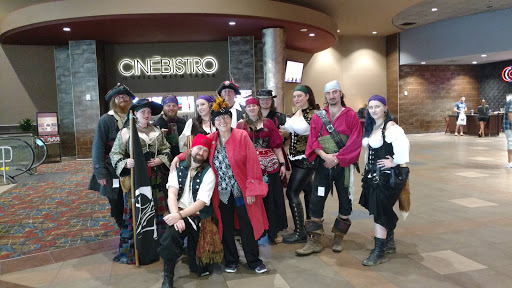 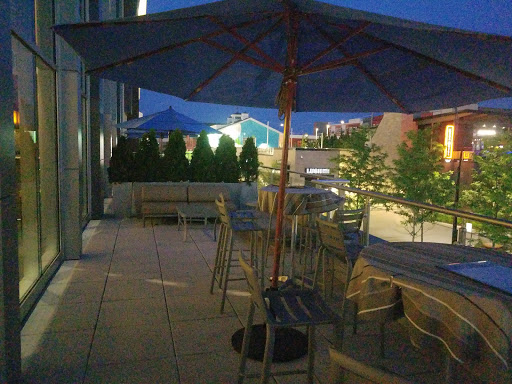 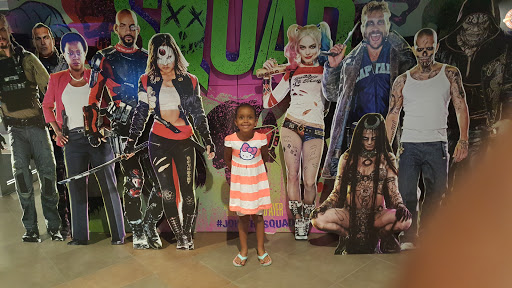 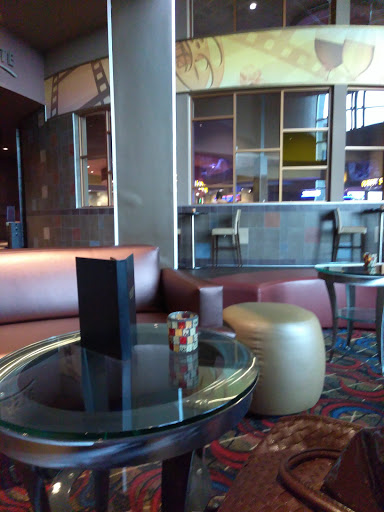 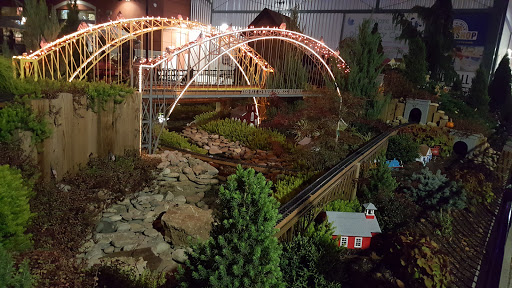 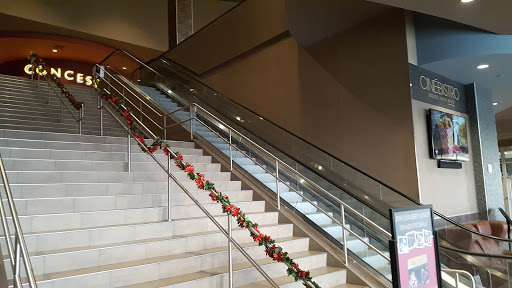 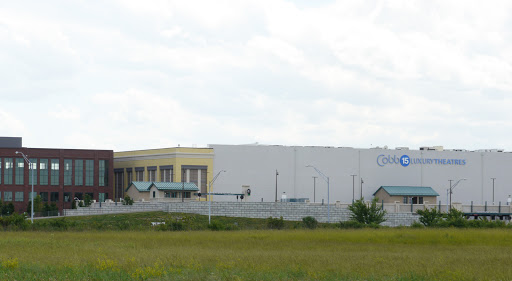 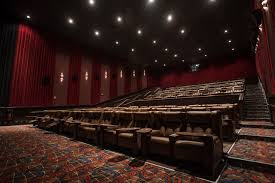 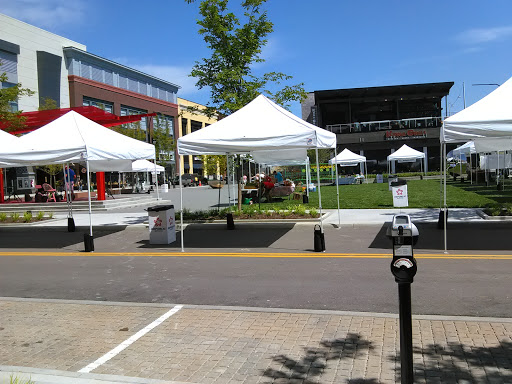 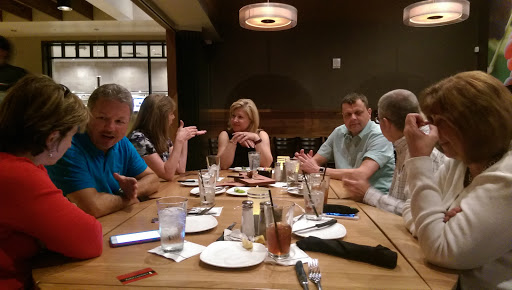 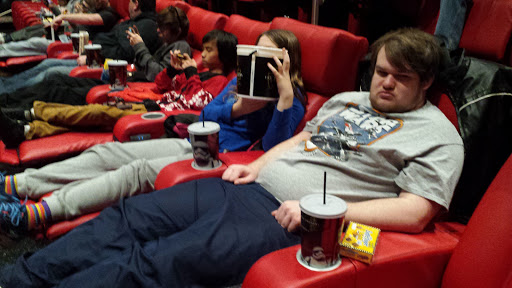 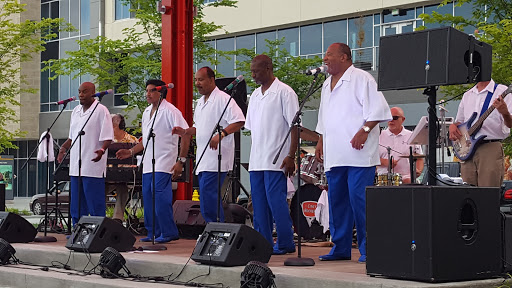 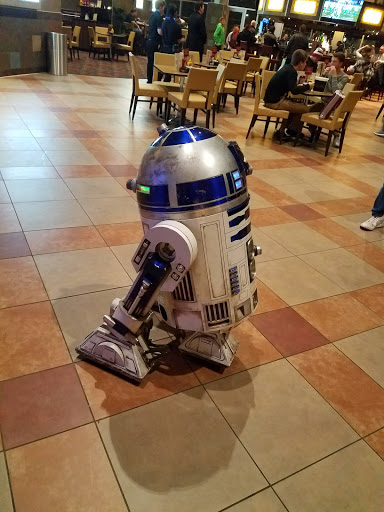