I’ve been an event planner and personal assistant for 28 years. And in that capacity I’ve been in and out of Chateau Briand many times. I’ve held events there for clients, I’ve made deliveries of personal items, paperwork, etc., and I’ve been to weddings of friends and family. And Ive heard stories about things that happened when I wasnt there, when I talk to clients and friends/family. With all of my experience I know to overlook some things, the types of things that happen at just about ANY venue; an occasional broken chair, food coming out a little late, etc. But the two things I cannot tolerate are stolen items and rude staff. And that seems to be a theme at Chateau Briand. Some of the staff at Chateau are very nice, but others are simply horrible. And you may not think it important, but the people you deal with before the event, or just before you go into your room for your event, are some of the most important - by way of first impressions. This can make or break the mood. And that’s one of the places where Chateau goes horribly wrong. One of the worst offenders is a woman they sometimes use up front, at the coat check and greeting desk during the day. I really don’t think she’s a coat check person, I think she might be administrative staff, but no matter where or when I see her, I can say she absolutely oozes arrogance. I don’t know her name (she’s so caustic I try to avoid her) but if she were to utter the words “out of my way peasant” while waving her hand and looking down her nose at you with a tiara on her head, I wouldn’t be surprised. Unfortunately I had to interact with this horrible woman just this week (May 4th to be exact, in the afternoon) and she was just as horrible as ever. And I’m sure she doesnt know me and would not recognize me, because she looks right through me, as she does with others, as if you’re so worthless she doesn’t even see you. She’s an older woman, late 50s, tries to look 40, short brown hair. Avoid her if you want to have a nice experience while you’re there. I had an interaction with her just this Wednesday (brief but painful) and I watched her interact with others. What a b... well, I can’t say it here. And theft. That seems to be a chronic problem at Chateau. I have never had something stolen from me personally, but over the years I’ve had friends, family, and clients tell me of things that go missing at parties, weddings, events in general. Everything from jackets to wallets and watches and cell phones, even packs of cigarettes (years ago). One woman I know had her shoes stolen while she danced barefoot. Yes, they were very expensive shoes – something Carrie from Sex In The City would have worn. I know the thief is probably not the same person every time, but having it happen so often tells me they don’t do a good enough job of screening workers. Lastly, and this one really annoys me – my husband went to a corporate party at Chateau some years ago. He bought a new suit for the occasion (spent about $700) and looked forward to a good time. He’s a hard worker and deserves a break at a nice party, so I told him to keep a tight watch on his wallet and cell phone and try to have some fun. Well, he said not only was the food horrible, and the management staff rude, but he came home with a huge stripe of gold paint down his paint leg on the calf area. Apparently they painted some of the chairs just before they were used, and the gold paint got on his new suit slacks when he sat on the chair. We took it to the dry cleaner but they couldn’t get it all out. That party, which was supposed to give him an evening of relaxation, cost him over $700 in clothes and dry cleaning bills. So if you look past the slick setting, you’ll see and experience big problems. Will I use Chateau again? Not for personal use, but I probably will with clients, because unfortunately there are people who believe how things look are more important than anything else, and I think that’s why Chateau Briand is still in business.

I was supposed to be married on May 26th, 2012 at Chateau. Due to unforeseen circumstances with the grooms father getting very ill, we had to cancel this event. I had called the hall the day after what would have been my wedding (May 27th) and was told by a banquet manager that in fact they were able to re book my room that I had guaranteed and that it was a big wedding. I was informed previously that had they re booked the room (and werent left with an empty room on a Saturday night in May) that I would get a portion of my progress payments back. However I received a letter in the mail just days later stating that they could not refund any of my money because they booked the room at half of what I would have given them. Seems unlikely that I was charged so much, and the couple that took that date got it for half of what I did.... Anyway - I understand that keeping my deposit would be policy. As they held the room for me, and that money was to guarantee that. But to keep thousands upon thousands of dollars - that was meant to be put towards food and service, which I never received sounds extremely unreasonable to me. Especially since they did not have an empty room.. and still made money on a wedding! I have had lawyers call - in which they will not speak to. I was told to speak directly to the CFO, Joe DRico, who wont return any voice mails or certified letters I send to him. Seems like very bad business practice from such a well known company. I had recently called to see if we could use that money towards a future wedding or event being that things are much better now. Of course I was told no. So now we will look into another company to hold our wedding. People with no compassion - the wedding couldnt physically take place that date. It was out of our hands. If anyone knows of the couple who got married that night at Chateau I would love to know how much was really invested into their wedding, because I am certain I am being lied to... and just be careful with them if you are booking, read everything before you sign it - and just know what kind of people you are getting involved with

I had called at the beginning of April and booked a business meeting with Joe at the Chateau Briand. He had provided all the details of the meeting room we would be using and gave me his email address to send the contract and credit card for deposit. It is now April 16th and I just received a call from him expressing that he received the contract but didnt have anything booked for us on that date. I explained that we had spoken on April 1st and I had emailed the contract on April 3rd. He stated that he remembers our conversation but never confirmed us on the books even though the contract I sent had all the information including a credit card for the deposit. I explained the we already have confirmed this program and have invited people and he said he was sorry but he has another party that evening and cannot accommodate us. The fact that I am getting this call two weeks later and only a month before my program is completely unacceptable. I read another review on here in regards to a wedding and it seems that they tend to go back on their word and don’t run a fair business. I honestly feel like he double booked the room and is now trying to save face with this excuse. I work with a large pharmaceutical company and I will recommend they do not book this location in the future. Looking at the website, it looks like a beautiful place but I wouldnt trust them enough to book another event there 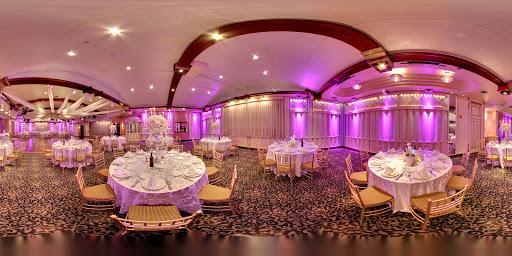 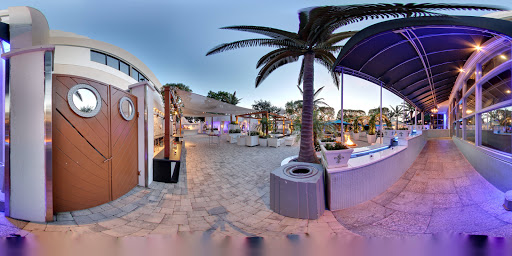 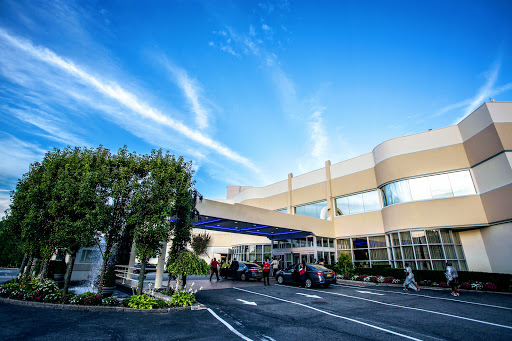 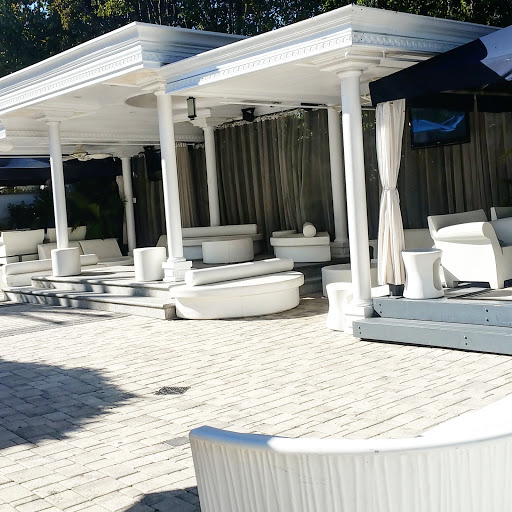 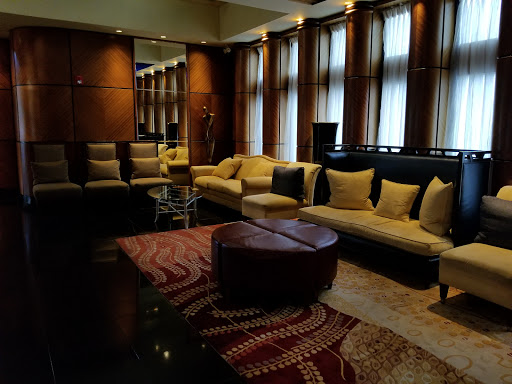 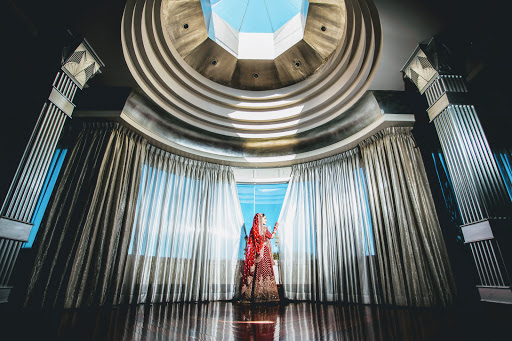 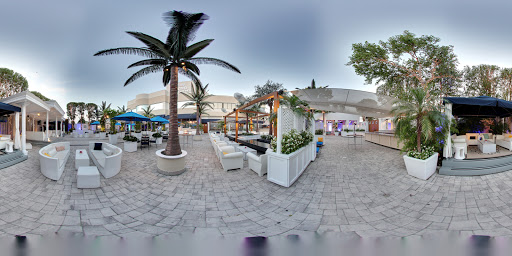 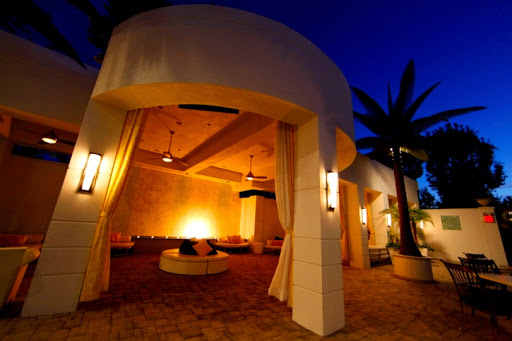 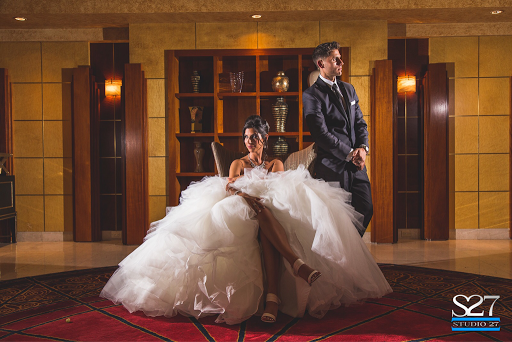 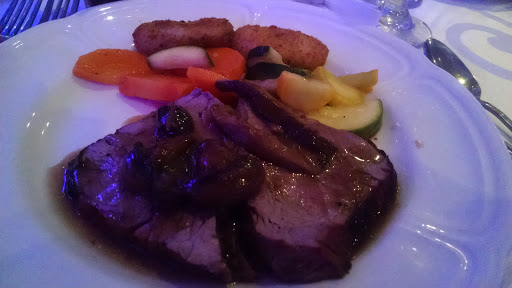 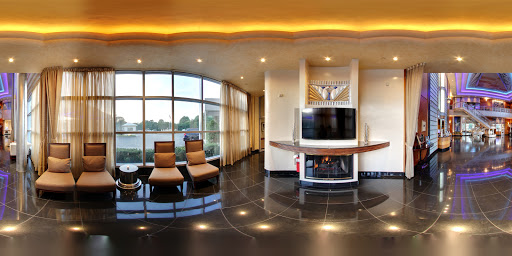 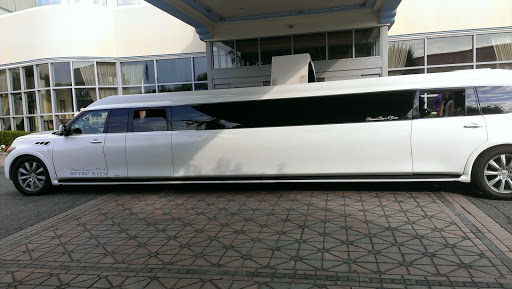 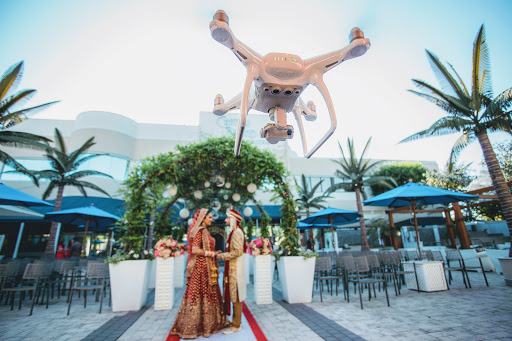 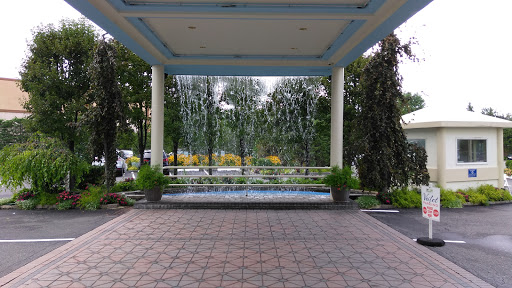 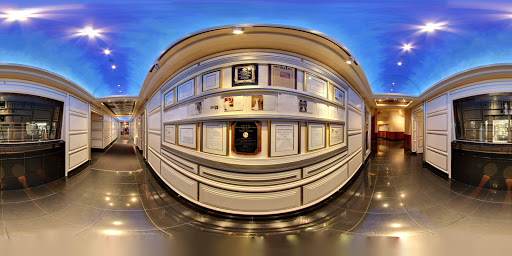 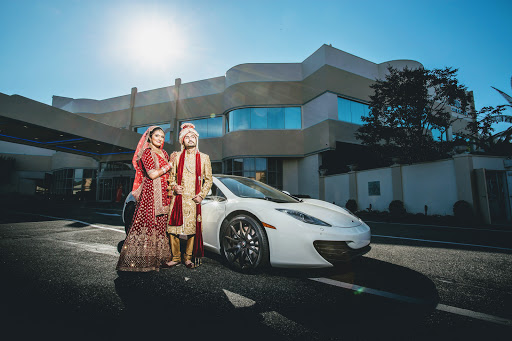