Avoid this facility. We arranged to have a party for approximately 150 people at the Royal Palm. We were shown a cocktail room (between myself and my wife, they showed us this room three times and told us that it was used for cocktail hours). We negotiated a price and were told that the contract would be sent to us the next day. However, when we got the contract, it was over a $1,000 more than we had agreed to. We were told that this was a "prime time" fee because we wanted a Saturday night. Its bad enough that they charge this at all, but even worse that it was added after we had an agreement. Still, we liked the date we had and did not want to haggle. So, we bit the bullet and agreed to sign the contract. Before doing so, though, we asked one of the owners, Sonia, two things: First, if she herself would be overseeing our party. We were told that not only would she be there, but that her cousin Tamin would work the party, as would her brother. We also asked that, if possible, we could be the only party there that night, and even offered them cash for this privilege. While Sonia explained that she could not guarantee that we would be the only party, she stated that it was unlikely that another party would be booked, since we were booking an event that was to take place in about a month. A few days after we signed the contract, my wife went in to go over the invitations. Sonia told her that there was in fact another party that night - but heres the kicker: the party for that night was not something someone had come in and booked, but a party that her husband had decided to give for a friend. Not only that, but Sonia, Tamin, and Sonias brother would all be guests at that party, despite telling us that they would work our party. It gets worse: Sonia then told my wife that our "cocktail hour" wouldnt be done in the cocktail room that we were shown, but would be done in the main ballroom - so, basically, it wasnt a cocktail hour at all but just an extra hour of the party. No one would reasonably define that as a cocktail hour, yet because they decided they didnt like the deal they made with us (apparently) they went about screwing us over. I went by with my wife to try to work things out. We were even willing to pay extra to get the cocktail room that we had already been promised. But Sonia and Tamin couldnt find it in themselves to be reasonable: they told us that if we wanted the separate cocktail room (which we had already made a deal for), we would have to pay $3,000 extra. They tried to explain this away by saying that the contract didnt specify that the cocktail hour would be done in the cocktail room (as ludicrous as this seems). Again, they had shown us a cocktail room three times and told us that that is where they did cocktail hours. Yet, somehow, we were supposed to magically figure out that our cocktail hour wouldnt be done in the cocktail room. So, we tried to get our money back (we had left a $1,900 deposit). But they refused to refund our money unless my wife agreed to sign something that stated that the party was being canceled due to her "unreasonable demands." Of course, we would agree to sign no such thing. After some discussion, they agreed to refund our money without her signing that ridiculous document, but they said they could not refund her credit card, despite the fact that she had paid by credit card. They insisted that we take a check. Since it was Friday night and a check would take longer to clear (and because we worried they might try to cancel it), we stated that we preferred that they put the money back on the credit card. They refused, citing some nonsense about "policy." We agreed to take the check on their word that we would have no issues with it. Youd figure that they would just give us our refund and let us be on our way. But they brought us a check that, in the memo section, stated that we were cancelling the event, even though it was actually them screwing us. We asked for another check and they refused. Later, they did refund the money.

HORRIBLE HORRIBLE EXPERIENCE!! My husband and I had our wedding here and it was the worst decision of our lives! The owners dont know what they are doing, very very amateur business people. They dont know what the term customer service is. They are FRAUDS, plain and simple. They are in the business of taking peoples money and not providing the services. To make matters worse, we got decorations for our home from them for 2 events pre-wedding and after the first event they refused to do the second one, the day of the second event they took back all their things including tents, tables, Stage, decorations for 150 people. This was 3 hrs before the event! And they did this bc we asked them to sign the contract that they would get it done by 6 pm at which time our event was starting because they arrived at 3 pm when they were supposed to come at 10 am. They refused to sign the contract and do the work. When we told them we would take them to court for breach of contract, Shuvo, the brother of the owners wife Sonia said he has 13 lawyers. Of course he would need that many for all the people they have cheated! DO NOT TRUST THESE PEOPLE. I WOULD NOT WISH THEIR SERVICES ON MY ENEMIES! I cannot stress how badly you should stay away from this hall. They have constantly lied to us, not kept their word, arrived hours late to perform services and cursed us for it. The day of the reception at the hall they intentionally did things to ruin our party. Their bartenders and waiters revealed confidential information to our guests and told them we are cheap! They kept a bouncer to agitate our guests and asked for ID from older people to create a delay at the bar. They told our guests they were out of a certain liquor (Jack Daniels) and when my father confronted them about this issue they brought out the Jack. They turned on all the lights on the dance floor and it took us, the bride and groom, a half hour to get the lights back on track! Several people got glass in their feet bc these people took forever to clean up messes. When Shuvo was asked by one of my guests to have glass on the floor cleaned up, he REFUSED TO DO IT! at the end of the night my guests were KICKED OUT OF the hall rather then being asked politely to leave as the party was over. This was a humiliation for us and our family. STAY AWAY STAY AWAY! ESPECIALLY STAY AWAY FROM SHUVO AND SONIA. THESE PEOPLE ARE CHEATS AND FRAUDS!

this place does not even deserve one star complete nightmare dealing with the owners the management and their employees Sonia her brother her husband everyone after dealing with them I cant ever trust another company again because they literally have traumatized me very un professional its to a point where I am threatened of my life because they know where I live have all my information. I booked this hall to throw a wedding reception also I booked them to do décor at my house for events prior to the wedding when I tell you it was complete mayhem I mean it two hours prior to one of my events they were suppose to decorate they removed all tents and chairs off my property in observance with the cops there thats how bad they were they had their employees threaten me more like body guards we were promised top shelf alcohol at the reception forget top shelf my guests were offered warm beers straight out of 12 pack cases on the floor the "professional" bar tender they had didnt even know how to make drinks the owners caused a scene by kicking out the brides brother when he was completely sober stating he used foul langue in the banquet hall which he rented out for the night for his sisters reception they are the most unprofessional people I have ever met in my life they are liars cheats fraud artists please please please be aware before dealing with these people they will mess up your entire event I wish I had a time machine payed a bit more and went to any other banquet hall and décor company instead of them their prices may be cheaper then the others but trust me you rather never deal with them in your entire life. we will be taking them to court as well as making sure they dont do what they have done to us and other people I have spoke to again we will make sure to legally get this place shut down thanks for reading and be aware of the frauds out there 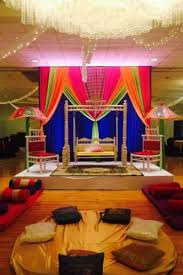 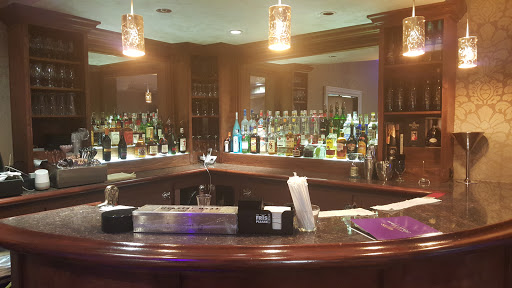 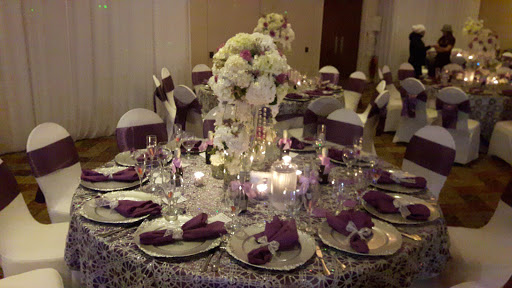 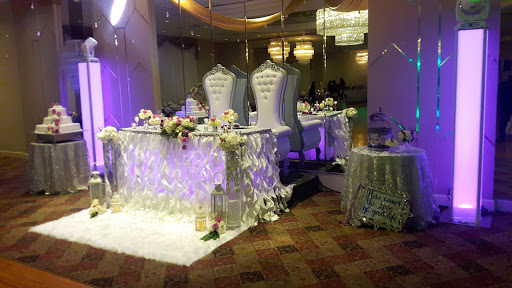 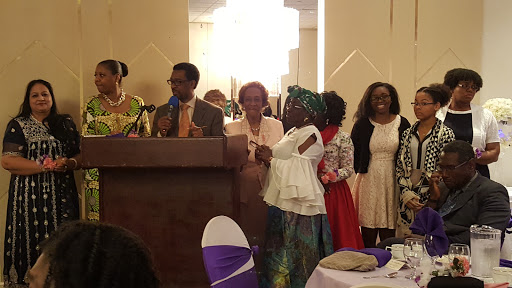 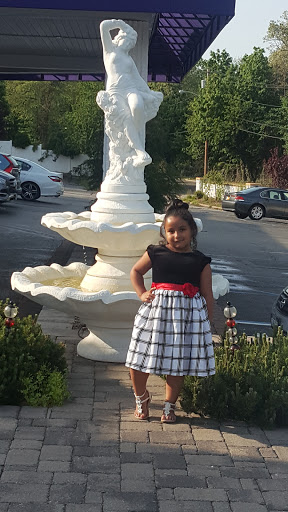 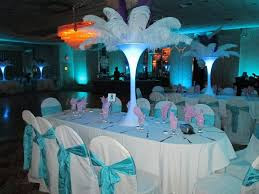 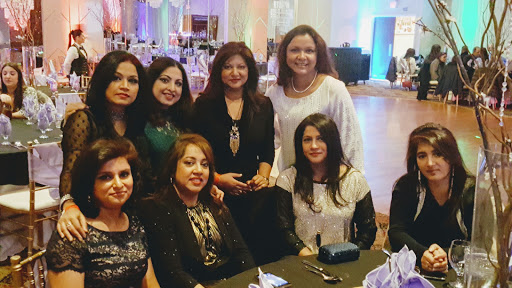 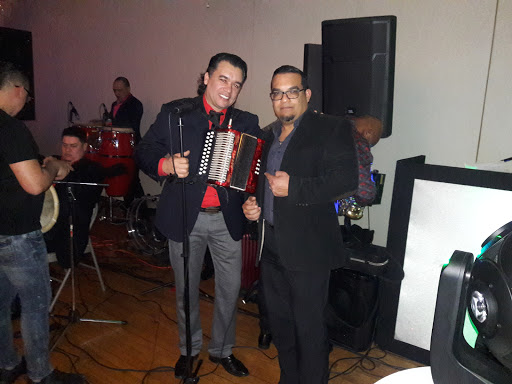 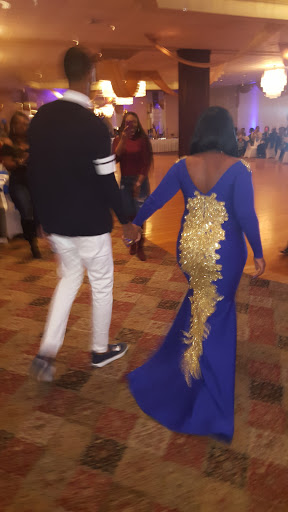 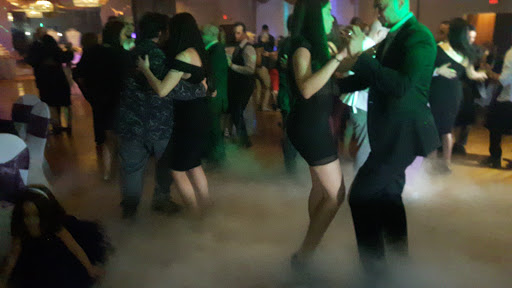 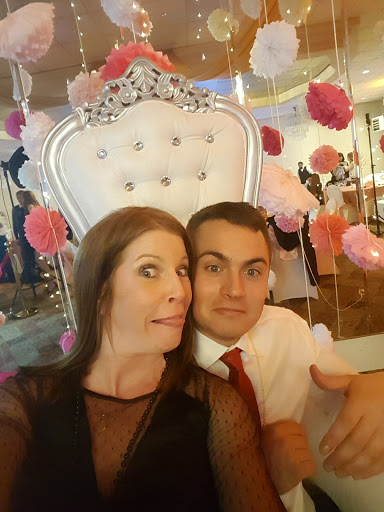 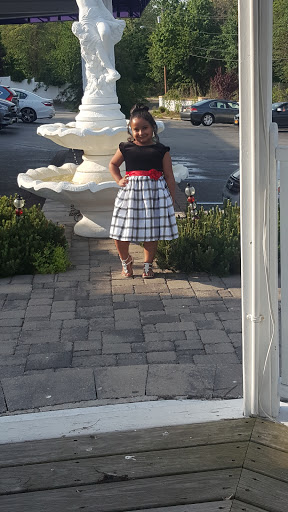 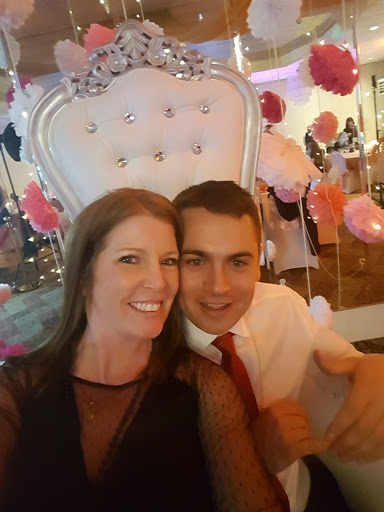