WHATEVER YOU DO DO NOT SHOP HERE!!!! Id give this place 0 stars if I could, but lets start at the beginning. I decided to get into keeping guppies as a hobby and I knew they had a variety of fish and I had shopped there before for ages. I proceeded to pick out my breeding pair of guppies for 8.49. I took them home to my cycled tank and the female (who was very pregnant) had died. I took her and a water sample back and received another female and purchased a small tank heater that the owner recommended. I installed my heater and fish and they seemed fine until I got up and found both fish dead and the water extremely hot (I later tested how hot the heater ran and it reached into the upper 80s/low 90s) my fish were literally boiled and it killed my plants as well. I took the fish and water sample in and tried to explain the situation with the heater, but I was cut off before I could finish and I had to purchase the next pair of guppies instead of the owner acknowledging his mistake. I decided this would be the last try with guppies so I bought two pairs to give it one last shot. The only difference in the pairs was one fish seemed extremely pregnant. Not even a week later one male guppy had passed away even though he was swimming perfectly fine the entire day and the apparently pregnant female guppy was in fact diseased with dropsy which could have spread to my other fish. I called the store and explained my situation and the owner was annoyed that I had called and as short and aggravated on the phone. To be safe I got new gravel, a new filter, a new plant for my aquarium I had cycled as a fry tank to transfer my remaining fish into. I went in today with my two dead fish and no water sample because I have no reason to keep a contaminated tank running. I explained my situation to the employee with the tattoos and he proceeded to demand my water sample and I explained myself again and when I asked to speak with the manager he got an attitude and his quoted response was "the manager is going to argue with you more than I will." My experience here has been a terrible one and it almost has me out of my hobby completely. The conditions in which all the animals are kept are cramped and do not meet their needs. The fish tanks are far overstocked and the iguana in a tank is unresponsive and seems to be on the verge of death and the same goes for the leopard geckos. There was also a mother hamster with babies being kept in a glass aquarium with no ventilation with wood chips which can cause upper respitory infections in rodents and the tank was situated next to a severely underfed corn snake so conditions had to be stressful for both. The employee with the tattoos I dealt with had an attitude. Also upon reading other reviews the owner was kicked out from working at another pet store. He also is a creep who refused to make eye contact with me as I spoke to him, Instead he looked at my girlfriend as if she was talking and not me, he is extremely rude and appears aggravated whenever you ask him a question. Also if you inquire about the store having an exotic pet license they always get an attitude and never show it to you and whenever you purchase something you never receive a receipt so you have no proof of purchase. I refuse to shop at this store again and shall take my business elsewhere.

Very unsatisfied.. I am a regular to the store but never again. I came in once a week and spent at least a 100 dollars or more each visit. I agree that "The owner needs his lip busted along with the guy that drives the GREEN FORD RANGER PICK UP TRUCK". This guy that drives the GREEN FORD RANGER acts like he owns the place and has to put his 2 cents into everything and cant seem to mind his own business. Now I do my shopping online where I can get all my product for regular price and cheaper I might add. I pay 50 dollars for a 200 gallon box of "reef crystal salt mix" instead of paying 100 dollars here. I used to be a store manager and order products for a local pet shop here in NC and cant understand why this place charges 3 to 4 times more then that of which they pay for the items in mention. I sold the owner some reptiles for 12 dollars each which is (3 dollars less then what he could have purchased them for through his distributor). Came back next week and he had them priced at 75 dollars. If I would have known what he was going to price them, I would had never sold them. Those poor reptiles will never sell and will sit in their dirty 10 gallon cages and will probably die like the rest of the live stock from poor and lack of TLC. (PS - It also depends on what employee you speak to for a price on live stock, they all seem to have there own pricing on any live stock in the store and also depends on the mood that person might be in. If you are a regular there you probably know that you get a 10 to 20 percent discount for being a regular. Which I never understood because I never received this until I started to spend more money and brought a few 6 packs over a period of time. They should just lower all prices 10 to 20 percent for everyone not just people that can afford to spend money there regularly. Their prices here are all ready 3 to 4 times higher then anywhere else. They act as if they are cutting you a break but in reality you are still paying more for the product then anywhere else. For me not returning I went in the next day from my previous visit do to the fact I had forgotten a few items. I went in for some Rosy red feeder fish and some reef chemicals. As I was walking toward the front to get some more items I see my daughter crying and hear the owner and the guy that drives the GREEN FORD RANGER yelling at my daughter because she grabbed me some reef buffer which she knew I was there for and asked her to get for me. (This isnt the first time she has been there either). On the way home my daughter asked me why those men where saying such bad things to her and what did she do. The things they said you never tell a child of any age.. I will never return and this is not the only problem I have had here. I could write a book about this place. The people there have no respect nor do they have any care or concern for others or animals. I advise you to find else where to shop for your supplies and live stock but if you must please be advise and have a deep pocket before entering because that is all they are after...

This store has been in business for ages and carries a wide variety of fish and other small pets including snakes, guinea pigs, rabbits, and birds. Kurt, the owner, is very friendly and knowledgeable; and the store, while in an older (but standalone) building, is impossible to miss as it is brightly painted on the outside with large paintings of fish on the walls. They carry an amazing variety of freshwater fish, and you are almost guaranteed to find something there you didnt know about before. My latest discovery was freshwater MORAY EELS. As a saltwater aquarium owner, they also have some great fish in stock as well as inverts. While they only have a handful of saltwater tanks and dont appear to do as much business with the saltwater crowd, dont be fooled by lack of quantity. Fish from this store are healthy and disease-free, and just this week I made the 36-minute drive to Wake Forest from Durham to pick up a cinnamon clownfish (not a species most stores stock) and royal gramma from them. During my last visit, Kurt had a pair of Moorish Idols that were actually eating, a large grouper, dogface puffer, adult lunare wrasse, two more cinnamon clownfish, coral beauty, regal blue tang, yellow tangs, damsels, longnose hawkfish, damsels, and other fish. He also sells inverts...not sure if I recall any corals, though, call and ask. This store keeps the best hours of any non-chain aquarium store I know of, and they also have some amazing (and huge) pond fish. They also have probably the best freshwater selection I have seen and also carry a good assortment of new aquarium setups and supplies. Bought some large aqua gloves from them that reach all the way up my arm and three amazing longfin bannerfish...in short, this is a great (and quaint) fish store that you dont want to miss. 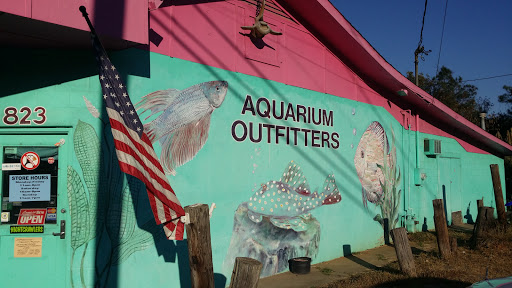 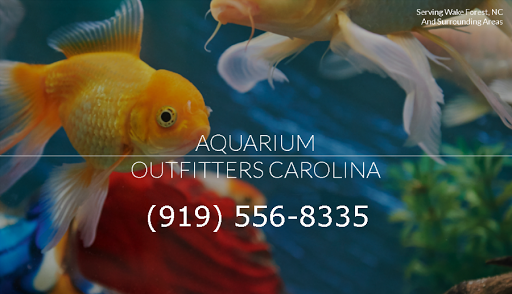 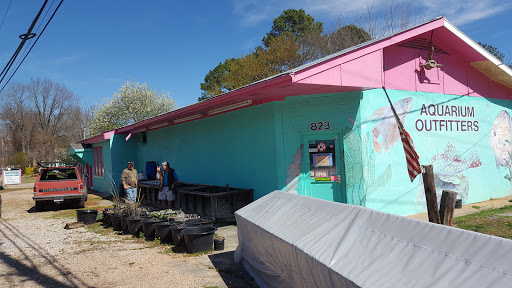 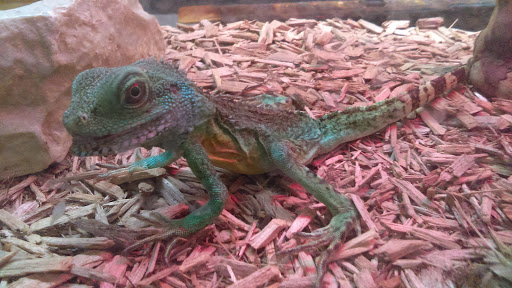 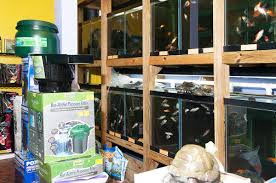 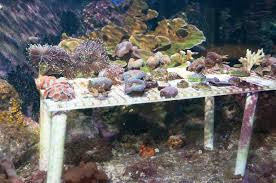