I was looking for a bounce place for my daughters third birthday. I liked the idea of this one because it was privately owned and I like to support the locals. The owner seemed nice and willing to go above and beyond to make this day special for my daughter. After the deposit was paid, all bets were off! He said he would call the week of the party to confirm how many guests were coming and to discuss food options. He never called. I had to finally call them the day before the party. And yes, the food is very expensive. Like every other bounce place youre allowed to bring only cake and they charge you for everything else. I expected this. I had asked ahead if I could decorate the room for my daugher and was told that would be no problem. When i did the follow-up call the day before the party I spoke to the owner again and asked again if I could bring the balloons, decorations, etc for the room. Again, "no problem." The day of the party I arrived when I was told and asked where I could put everything. I was told I had to hang on to it. Yes, I needed to carry around a couple dozen balloons, favors, decorations, etc. They were very rude also! I was told in "10 mintues" I could get into the room. never happened. The party started and we still could not get in. Then we went to the second room and still could not get in. We were 10 minutes from going into the last room and it still was not decorated. They did not care, were very rude and seemed to not know what they were doing. When we finally got in (and missed seeing our daughter bounce because we couldnt do it earlier) we had less than two minutes and guests were coming in while we were decorating. They were so unprofessional about this. And you would think they would have two party rooms to avoid this problem. i was told that they did, but they were only using one that day. They do no allot enough time for pizza and cake. So my advice is (if you actually are brave enough to book with this place) to just do cake. We got kicked out (literally) before all the guests had finished cake. The owner stood in the doorway pointing to his watch. He is truly a piece of work. "sorry everyone-- eat your cake in the car!" One of the associates informed me that whenever anyone leaves a tip (for the teens that actually do help and work hard), the owners keep them. I am not sure if this is true, but after how we were treated I could surely see this as a possibility. When I left one of the owners asked "how was everything?"--when I told her the truth that it was not what I expected or what was described to me she became very defensive. There was no apology. She again, like her husband, was very rude. It may look like a good deal, but all in all it cost over $300 for this place and we only had 10 kids! I would never recommend this place to anyone. If you want a bounce party for your little one and you want them to feel special, choose a different place!

All in all, still a pretty good deal if youre just doing the kids party package with the bounce/party rooms. Sure saves in setup time, cleanup time, party supplies, etc. Dont however plan to bring money to play in the arcade. Weve been a couple of times now & half of the games dont either work at all or only work partially. The arcade is not kept up well at all. Its a big draw when the kids first arrive, but definitely a big rip. If you want mega game fun, drive down to Clearwater & do Celebration Station. They also need to train the employees a little better in regards to prepping a room from 1 party to another. One of the bounce houses in the 2nd room had fresh blood in it that one of our little ones crawled on. When mentioned to the attendant, she tried to justify it by saying, "oh, it was from the people before you." OK???!!! . . . . . go clean it up! Dont rule it out all together. Just kinda keep an eye on things yourself.

We recently had a birthday party for my daughter here and I felt that they were under staffed. Several of the game machines were broken and the others just ate the coins. Once we got into the bounce areas I found pieces of drywall missing where there was clearly a foot put though the wall that wasnt fixed. I felt like the place was in need of SEVERAL repairs and for the amount of money they charge I felt like things could have been better. Lesson learned!

We celebrated our sons birthday and have gone to several other parties at Jungle Bounce, and have had a GREAT Experience...Its very clean and everyone is super friendly. We love the fact that everything was done for us, and we didnt have to worry about a thing!!! The kids enjoy themselves and thats always a plus. I would recommend Jungle Bounce to all my family and friends thats for sure.

We celebrated our sons birthday at jungle bounce a week ago and could not have been happier. The staff went out of their way to help some of our guests. We were happy with the cleanliness and the kids loved the different slides and obstacle courses. We liked the fact that the party was easy to plan and everything was done for us! We would highly recommend Jungle Bounce

The slides and dodge ball was fun, however one of the female employees was extremely rude and hostile. From the minute we walked in it seemed like all she wanted to do was kick us out. One would think that a place designed for small children wouldnt hire someone with such poor people skills.

This place is fun for the kids and especially because the parents can also enjoy the bounce housess with them. For me that is a plus because I only have one son so he always asks me to go with him. :-) love this place plus always clean and nice people

I brought my 4 year old daughter here. She loves the inflatable slides! The arcade games were not worth the money. Half of them ate your tokens and the other half didnt work at all. Pizza wasnt too bad, but was indeed pricey.

Jungle bounce is a fun place but children there are brutal they scratched my son and the employee said they dont care so then they said that my son was cursing but he wasnt. So he got banded for nothing

I had my daughters 4th birthday here just last month, she and all her friends had a blast. A bit over priced but 25 kids attended so it was really only about $10 a kid or so.

Terrible, wouldnt give people what they need like Pepsi or extra. The machines dont work and only 1 staff member was helping. The bounce house werent inflated enough. 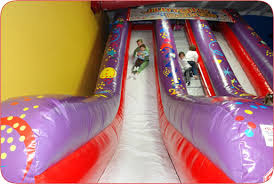 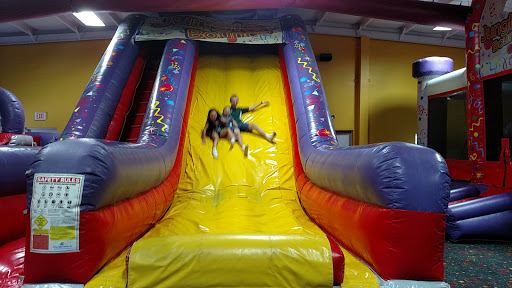 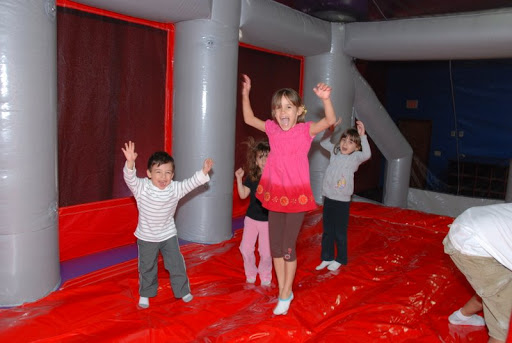 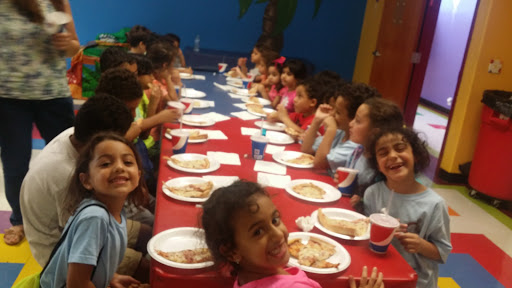 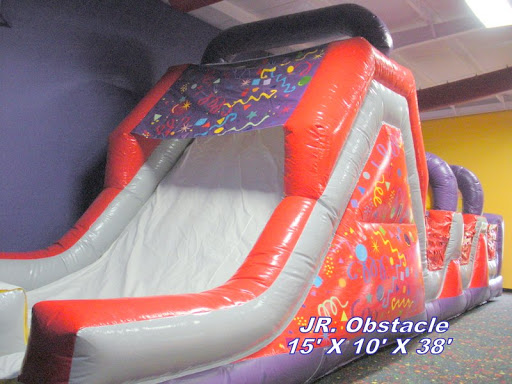 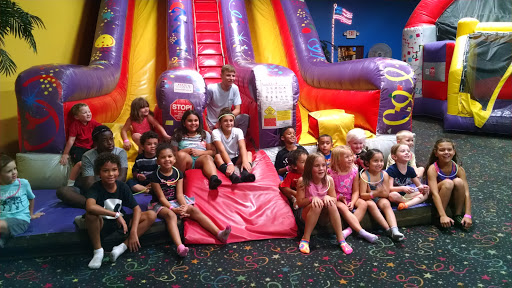 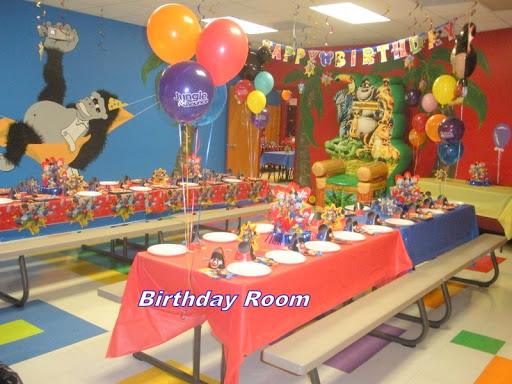 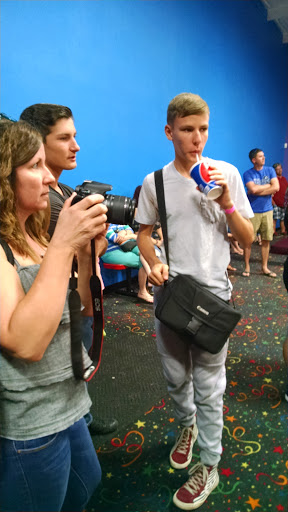 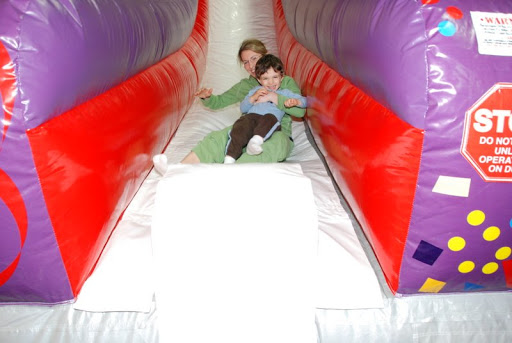 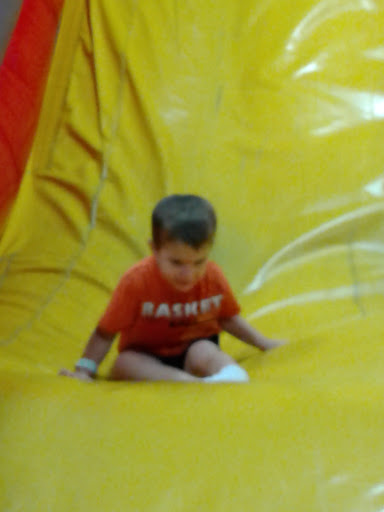 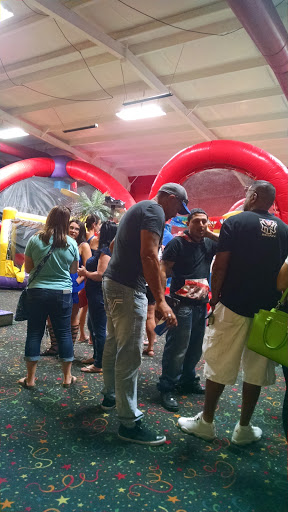 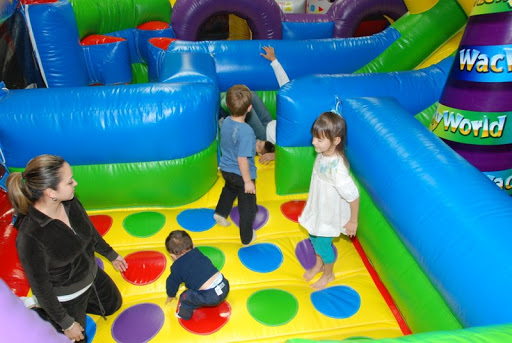 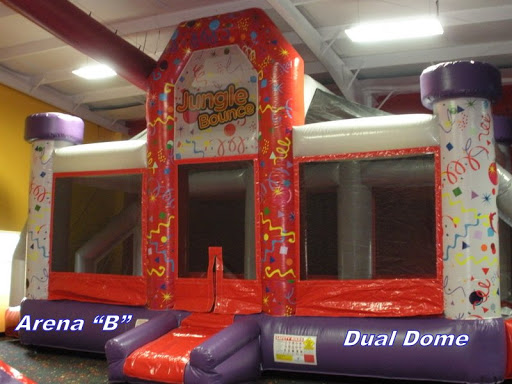 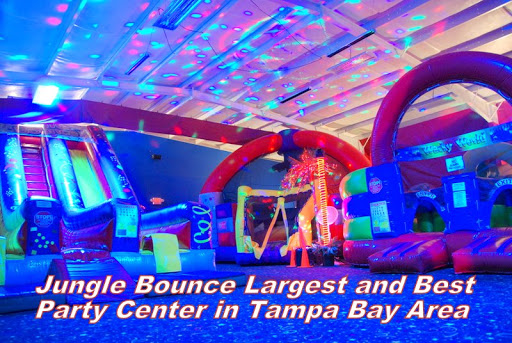 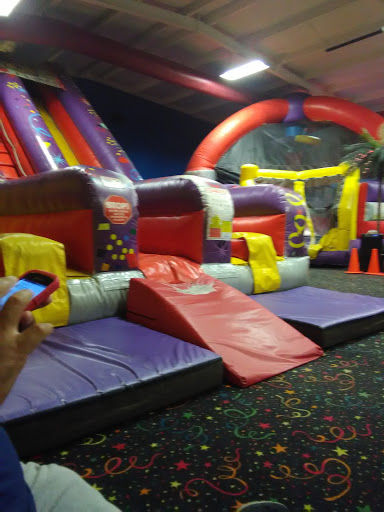 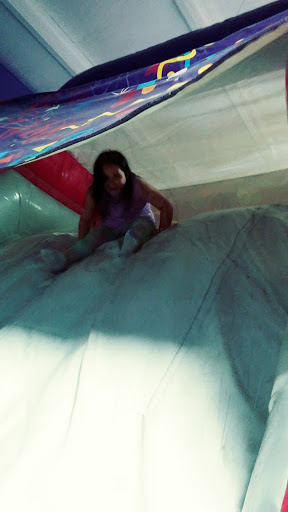 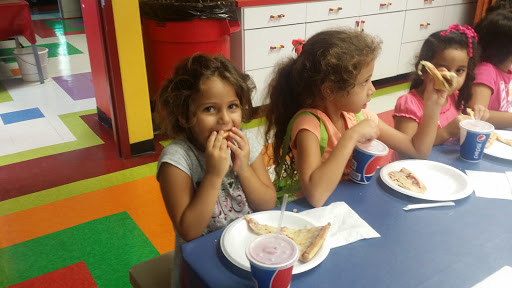 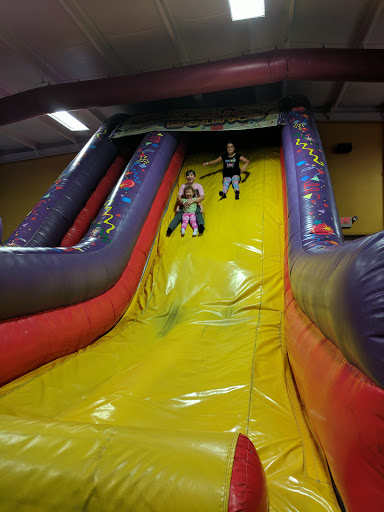