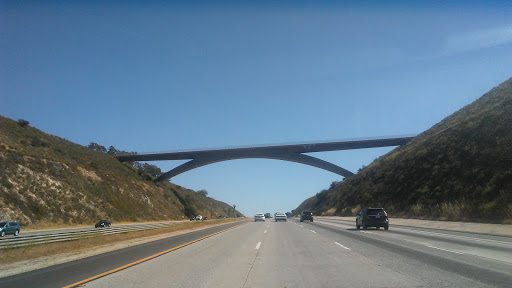 Maybe it was the fact that I havent been to a Drive-In Movie for 20 years but the experience was phenomenal. Granted I do recommend that you have a good vehicle to watch it from as thats the comfort factor. Taking a Toyota 4 Runner works REALLY well. Just drop the the back seats, leave the back door open, or if its too cold, close the back door and lower the back window. Make sure to use comfy/firm couch cushions, and bring at least 2 blankets. This theatre is as good as it gets. You get to watch 2 movies at the same screen you originally paid for. There are 4 screens and 3 of them have 2 separate movies (For example: "Delivery Man" followed by the movie "Last Vegas". 1 screen has the same movie back-to-back, for example "Hunger Games 2" followed by "Hunger Games 2". So if you were at that theatre, you would end up watching the same movie twice since you are not allowed to watch a different movie without driving back to the front and paying $8. This is because of two reasons. With the newest movie (for example "Hunger Games 2") a representative of the distributor of the movie drives in a golf cart counting the number of cars and estimates the amount of people. The proceeds are then split 50/50. 50% going to the Mission Tiki 50% returning to the distributor. So obviously, its always the newest movie that shows back-to-back, since most people who pay to watch the "Hunger Games 2" will not want to stick around to watch it a second time. The ONLY drawback to this place is their restrooms are FILTHY DISGUSTING, with pee on the toilet seats and sometimes the floor. A 1 star. In my stall someone stashed the waste paper basket next to the toilet so people didnt have a spot to throw out the paper. So imagine teenagers habiting the place and doing teenage prank stuff. They have old-school public troughs to pee in. VERY 1960s-1970s. Money spend on an upgrade could significantly improve the revenue stream of that establishment. The only bummer is that there are absolutely NO DRIVE IN MOVIE THEATRES in South Orange County. The closest ones are this one (Mission Tiki in Montclair) one in San Diego and 2 in Riverside! Still VERY worth it!

Vineland is closer to us but we decided to drive further to this one because it was showing a combo movie we much preferred, and it was a dollar cheaper at $8. (Im sure we lost the dollar in gas but it was worth it when spending $4 on a movie we actually wanted to see) We went on a WEEKDAY so the lines werent too long and they had 4 pay stations open so it went pretty fast. The lot was moderately empty so it was easy to navigate and find a spot. The screen seemed a bit faint at first but I think it was because it was still slightly dusk. IMO it got brighter soon after. The audio was strong with no static. No one was being overly rude or talking too loud. I only saw one time where a person who worked there walked by, but they didnt have any lights on. Theres plenty of space between rows so we were able to very comfortably sit in front of our car with a table and chairs (we brought our own food). Outside noise wise: there seems to be a small airport near by because there were about 4 airplanes that passed over us taking off or landing. Sometime a loud car would pass on the street. Lastly, there were the odd times when someones beams from the street would hit you momentarily. DEAL BREAKER: The reason Im not giving it 5 stars: the ladies bathroom. WOW, was it bad. The moment we walked in we were hit with a VERY VERY VERY strong urine odor. Next we saw that the floor was flooding with ...were hoping sink water. There were 2" deep puddles in some areas and 3 overflowed buckets under the sink. I was upset about it and I rarely let that stuff get too me. I also had close toed shoes that guaranteed I wouldnt get wet, my friend had sandles.One stall didnt have TP, another didnt have a lock. So yea, dont think well go back unless were really enticed by a movie. Otherwise, well stick to Vineland.

So we get to the front of the gate to get our tickets and this girl with a negative mood greats us. We bought tickets to see captain America civil war and jungle book, we had already seen both we just wanted to relax and see them again with the family. Within 15 mins of the first movie the screen went blank but the radio still played, confused with the situation we looked around to see that all the other screens were still on. People started honking to gain attention from the workers, it went on for about a minute and then the sound was shut off and a big light turned on. People started getting out of their cars and going to the main building, more impatient people started to immediately leave we waited a while and managed to watch some of the jungle book playing on another screen when we found its channel because we didnt want to wait in a long line of cars and we were not that upset for we had already seen the movies. We then heard a worker say that the movie will not be turned back on and that we will be given refunds. We drove out through the exit and pulled into the front gate again, we told the same lady that we saw in the beginning that we wanted our refunds. She told us that we need to pull to the side of a gate and wait for the manager, we did the following and after 7 minutes I got impatient and we asked a man how long it would take he said we just needed to get our receipt signed so we get our receipt and get it signed and we finally got to leave after 2 hours. All in all if they would have communicated better and handle the situation difrently everyone would have been happy.

Let me start off as I USE TO LOVE THIS PLACE, but after my experience tonight, I will NEVER GO BACK! First I showed up a half hour early to get a great spot and got to the front of the line and realized I had no cash, they dont accept and debit/credit cards for entrance!! I go get cash wait in line another half hour to get up to the front and get told my movie was sold out! So I picked another movie planning to watch the original choice from the other lot. Settled in the back of the lot and started watching the movie when 5 minutes in a guy comes up to me and my GF shining a flashlight in my face pretending to be a cop ordering me to turn my car around and watch the screen in front of me. I tried to reason with the guy but he continued to be unreasonable and overbearing. Im a prison guard and for this guy to be barking at me it was a joke. But being in law enforcement I complied. The goon then continued to circle the area having everyone around me with there kids turn around. He took his flashlight and golf cart way too serious! It was more of a distraction having him wizz from car to car flashing his damn light on families. The facilities are disgusting according to my GF, im a guy so that doesnt get to me except the faucets are gross. The snack bar has Debit/Credit capabilities so it adds salt to the wound of not getting in early like planned! Overall this place is bound to close with service like this! Shame drive-ins are a great part of americana and theyre killing there business! 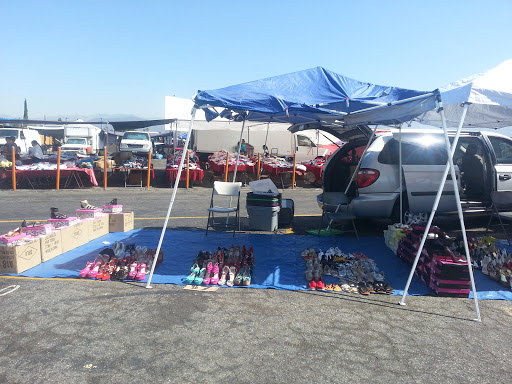 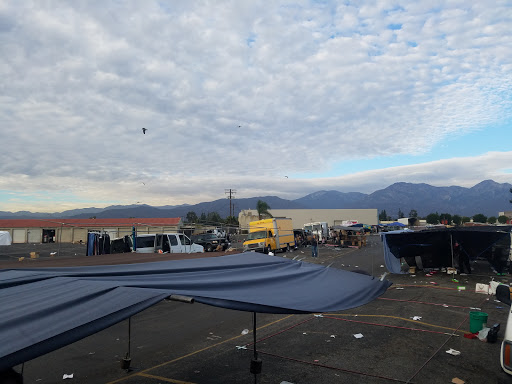 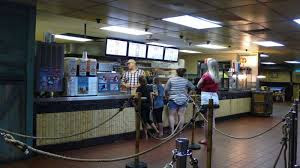 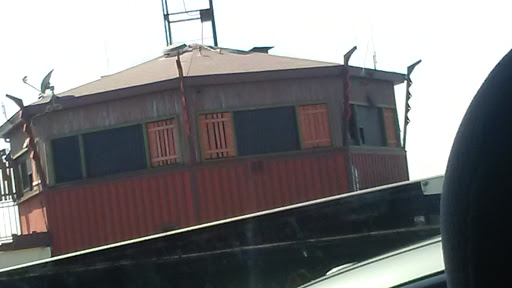 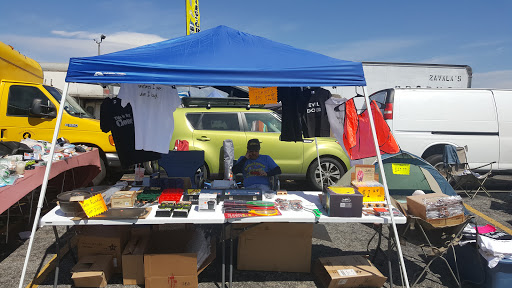 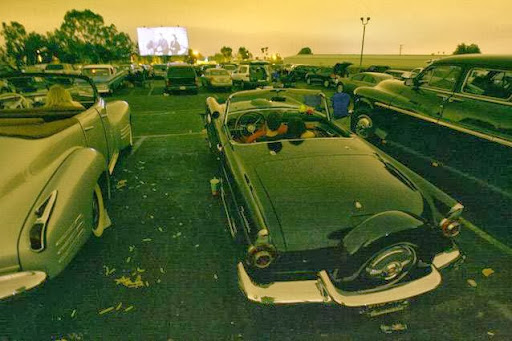 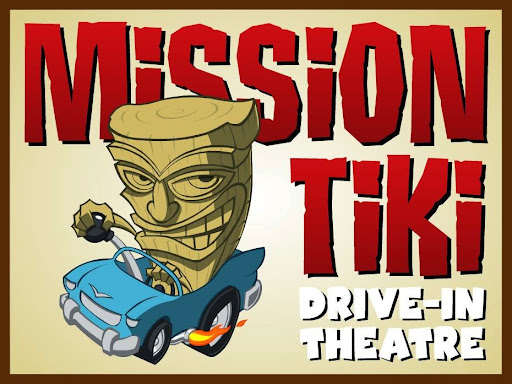 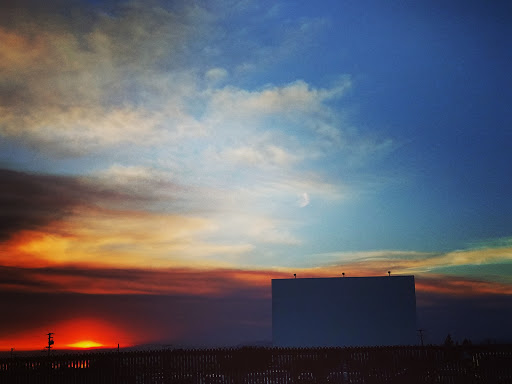 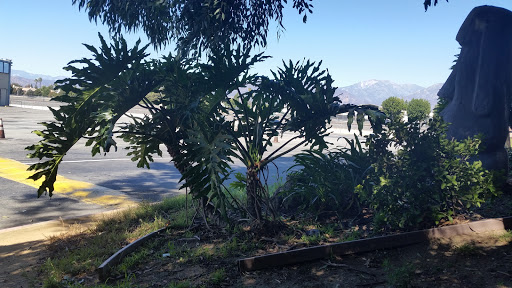 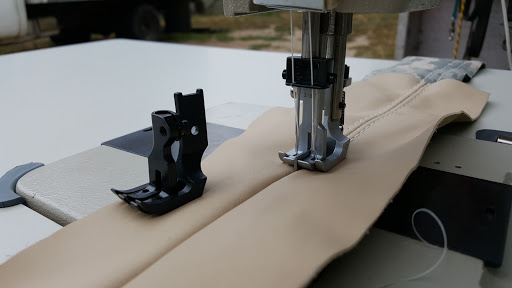 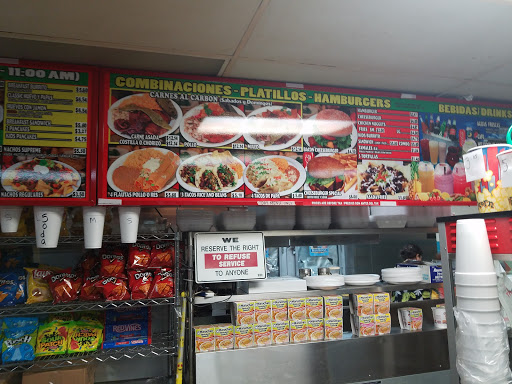 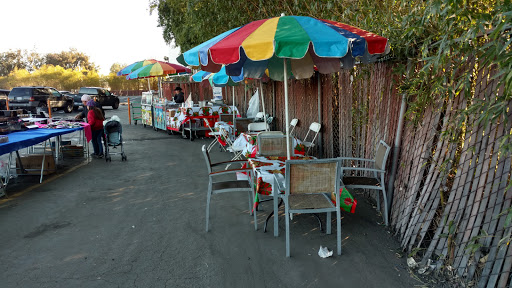 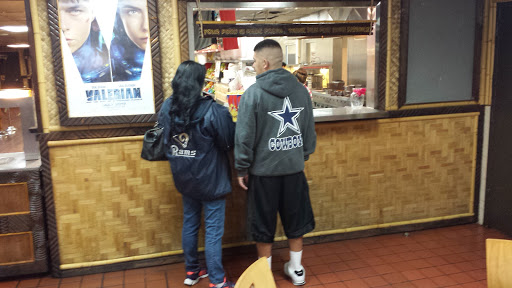 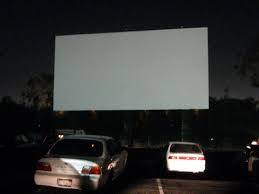 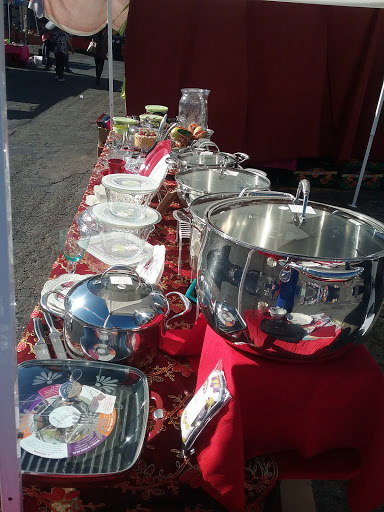 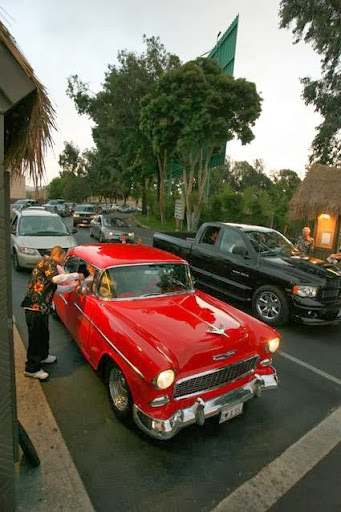 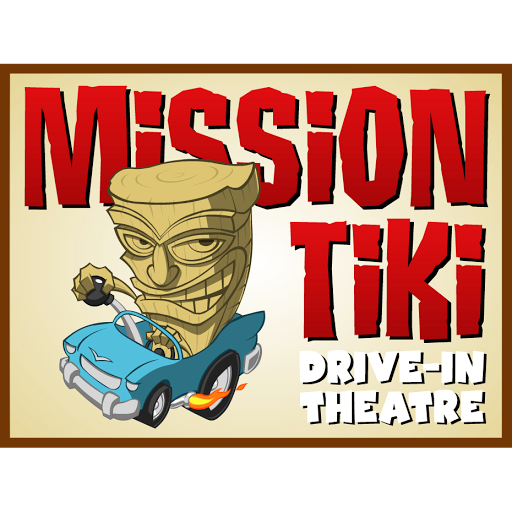 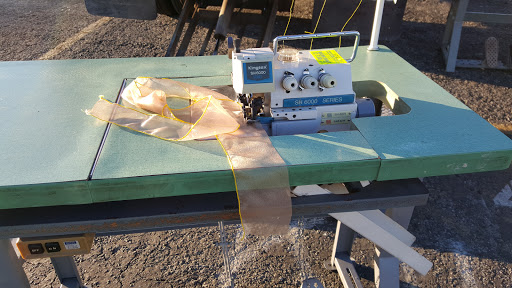