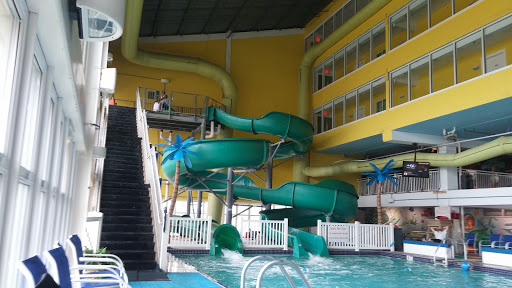 I absolutely adore this place. Weve stayed twice and both times we rented the beach front rooms. The view is absolutely spectacular (with the exception of the rooms behind the pool - our view really wasnt good...). Ive put together a few pros and cons. Pros 1. Indoor water park - two giant slides, a huge pool and a baby pool. Also a bar. Two life guards on duty - one at the top of the slide, one at the bottom. 2. MUCH closer to the beach because of the way the boardwalk curves at the end - it actually goes towards the ocean; you have a very short distance to walk to the beach! 3. Great staff - theyre always super friendly and willing to help with anything. They always offer a good morning and they ask how you are... they even make small talk with your kids and make them feel important too. 4. Prices!! I think the prices are great for beach front views. 5. They have fun things going on on the pool deck. Both times I was there they had BBQs (hot dog party and some other party) and its free! Free beer and hot dogs/hamburgers! 6. The views!! YES! The views from every beach front deck is gorgeous and private (with the exception of those behind the pool - I do not recommend those if youre looking for a good view or privacy on your balcony). 7. CLEAN. I smell bleach and cleaning supplies in the hallways EVERY TIME I leave my room. The rooms Ive stayed in were exceptionally clean. No stinky mildew smell in the carpets. No dust. Clean bedding/towels/blankets, etc. 8. If you buy their package deal, you get a LOT of stuff for a GREAT price! Their package deal included (for every member youre bringing with you), a boat ride, a round of miniature golf, a bike ride, a night of free dinner, a free pizza, free breakfast every day youre there and a free ice cream! My kids LOVED it all and the package itself really was a reasonable price! Cons 1. Older furniture/Couches/TVs/Beds. The furniture (being old) itself is not such a HUGE deal, but I must admit, the beds were SO awful the first time (and we tried ALL the beds, even the couch bed!!), that we brought a blow up bed for the second trip (which was much, much better). 2. Water pressure in the bathroom was really bad the second time around... I almost couldnt take a shower. 3. WiFi. The WiFi is free if youre a paying guest, but SO many people are connected to it that you CONSTANTLY get booted off; and the rest of the time, you cannot connect at all. Both times I ended up just disconnecting from their WiFi and used my own data.

Stayed during the first weekend in March, it was relatively quiet. This is a motel, not a hotel, for better and for worse. There is no valet parking or bellman. You will need to carry your own bags and park your own car. We stayed in a one bedroom suite, which is the only layout in the motel with a true ocean view, facing east. It has a kitchen with a small counter top and small table with chairs. Two full size beds in the bedroom and one pullout couch bed in the living room. The motel had an indoor pool with hot tubs and waterslide which stayed open until 10pm and was great for kids. There was an arcade area in the pool area as well. We had to walk down an indoor hallway, then an outdoor hallway to get to our suite. It was very cold that weekend and being wet from the indoor pool made this a very undesirable journey. There is also an outdoor pool area, and if youre staying during the summer months expect noise in the morning if youre in a suite directly facing the ocean as these suites are located directly over the outdoor pool area. There is a small restaurant in the motel which opens at 7:30 am and was very convenient for breakfast and coffee. Naturally, there is no room service. Pros: full ocean view, separate bedroom, televisions in both rooms, relatively clean rooms, decently appointed kitchen with microwave, stove, oven, refrigerator, toaster and coffee maker, though I never used any of these items and cannot attest to their functionality. Cons: the heating unit is incredibly loud and unfortunately located in a closet in the bedroom. It kept me awake all night long. Like an airplane landing in your suite all night long. Louder than loud. Also, the bedroom heats up like a sauna while the living room remains relatively cold. I discovered the bedroom door almost closed in the middle of the night and the room literally felt like a sauna at a spa. The bathroom is very small with virtually no water pressure. Notes: the appliances were clean and not rusty, there was no mold or bedbugs - I looked. There was no odor in my suite other than fresh and clean.

All the employees Ive talked to were extremely nice. The housekeeper on my floor seemed pleasant and friendly. I had to ask her where the ice machine was but she couldnt remember where it was located. She kept on scratching herself on the neck and pacing in a very odd manner. I eventually found the ice machine which was empty. When I came back to the room the house keeper was coming in. I asked for towels for both bathrooms in the room. She filled the master bathroom but not the other. The room was not very clean either. Rust and whole bunch of hair on the toilet. Crap stains were surrounding the toilet. Mold on the ceiling tile(s). I only stayed here from Friday -Sunday and I saw the cops show up twice to this location for two different reasons. One being a fight outside the hotel lobby. Half the group who were in fight were staying at the hotel. The last night that I was there my brother was meeting me in the lobby when he saw a woman yelling and cursing for an unknown reason at a security guard. This was not cool considering that he bought his year and half old daughter with him. Im not sure if this incident had anything to do with the second time the cops coming to this location. My neighbors from downstairs were extremely drunk and angrily yelling/cursing at each other. Then I heard rumors that this place had bed bugs. I didnt see anything but I really didnt appreciate spending all this money and in hopes I wouldnt bring home unwanted pets. BTW the "water park" is just two crappy slides Id recommend just going to Moreys Pier for an actual water park. The tiki bar is inside and only sells Coors and Bud that are on tap. Beware if you are a family planning a trip here. Some of the "customers" were freely smoking pot inside the hotel and outside on the patio.

I came here specifically for the water park on the off season. Me and my fiancée came down for her birthday. When calling the hotel we were told come in and we will hook you up, that how ever didnt happen. We were never told the restaurant was closed for the season and when entering the SMALLEST room he said he had which was a decent almost one bed room apartment. Which was way too much space for two people only spending 2 nights. There was remnants of weed on the kitchen counters we found spaghetti sauces and disposable baking pans in the kitchen. The shower was old and dated and the beds were so small. The guy at the front desk was rude and arrogant like we owed him something. There was old cigarette butts spilled over and left on the balcony. And the WATERPARK or lack of was poorly maintained. The pool was too cold to swim in and while sitting in the hot tub a small child decided to cannon ball in the hot tub! Nothing was said. When going to leave I walked over and to my surprise there was only ONE TOWEL ! It was a waste! Then when leaving I was packing up my room at 10:10 when the maid was banging on the door. I was surprised to find the 10am check out on an OFF SEASON! I called down and told them I was sorry and we would be packing up shortly. A few minutes later there was another bang on the door the maid again. While my fiancée had just got out the shower we then had to rush to get ready and leave as she proceeds to stand at our door on the phone. To my surprise once again she only had a sheet and trash bags in hand and no cleaning cart to be seen! Shocking right! Actually nothing shocked me with this place! Please dont waste ur time! 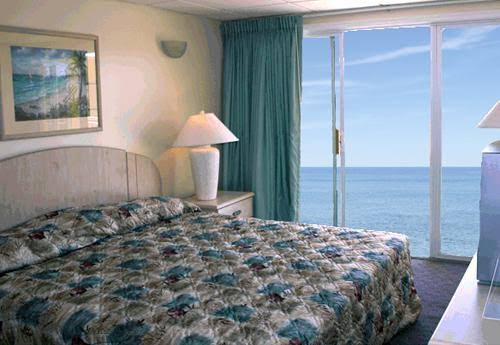 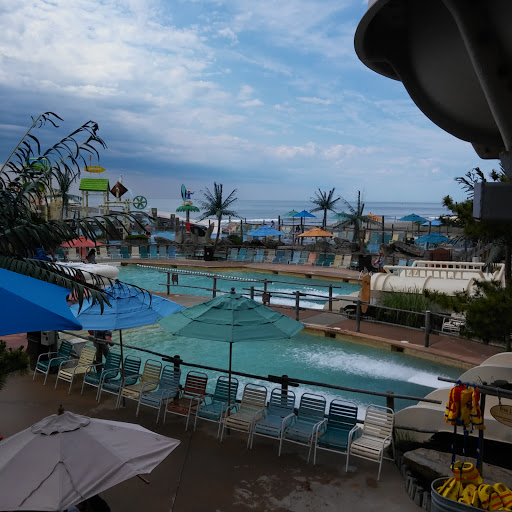 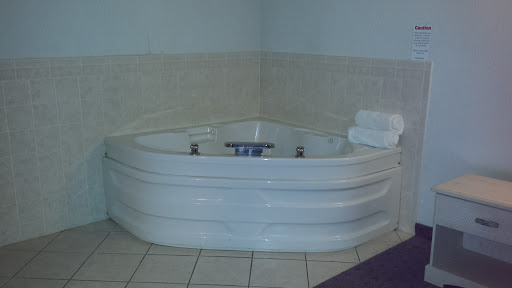 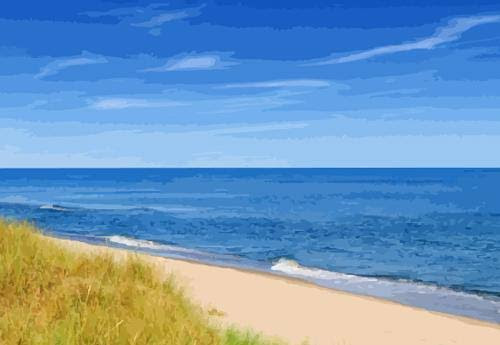 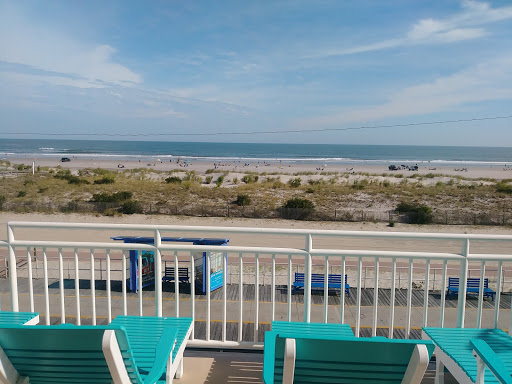 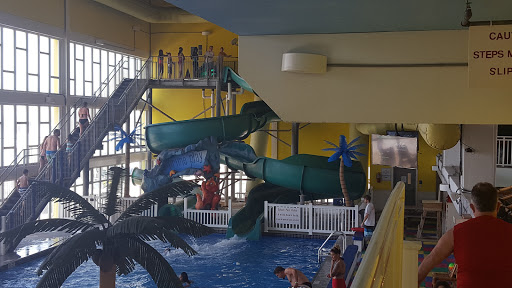 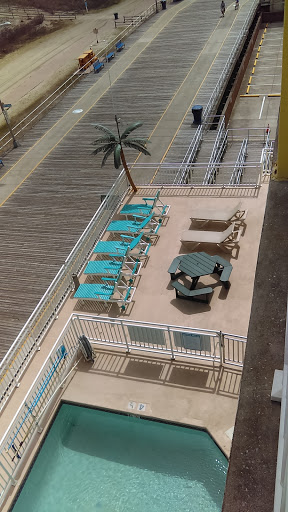 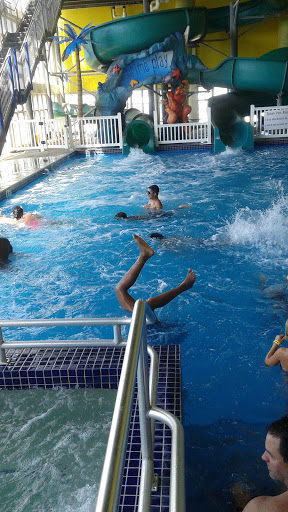 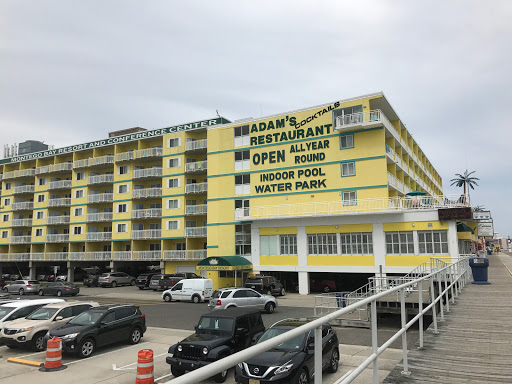 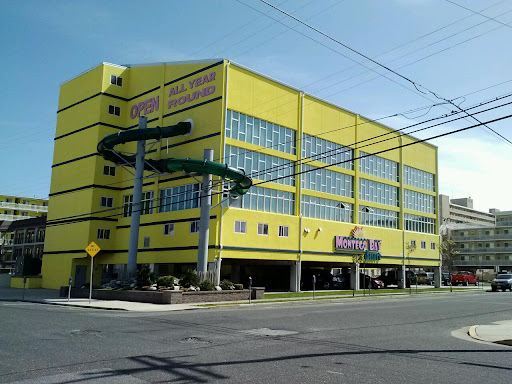 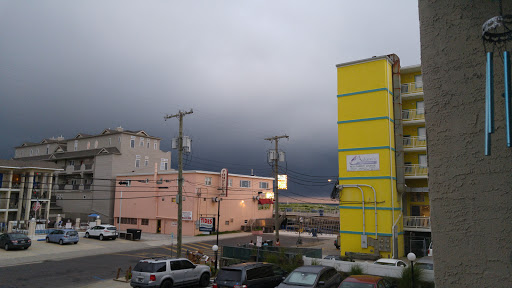 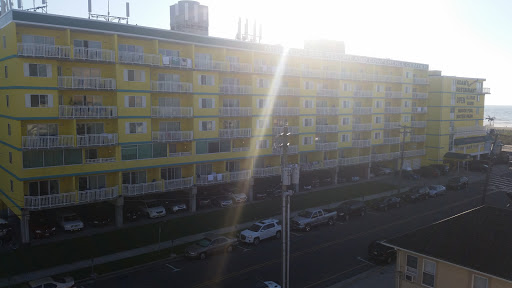 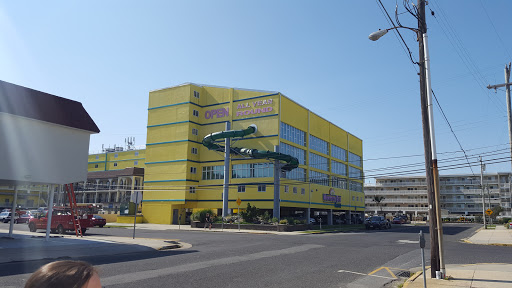 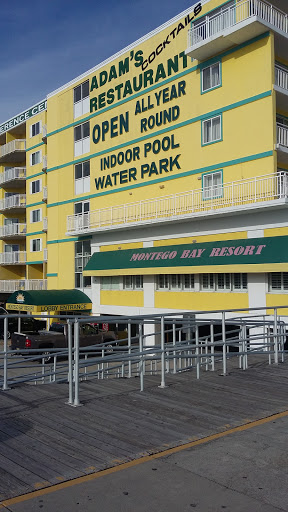 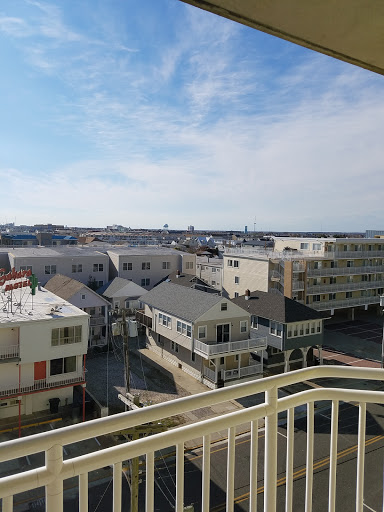 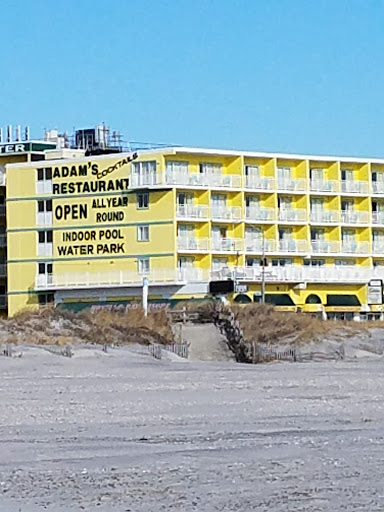 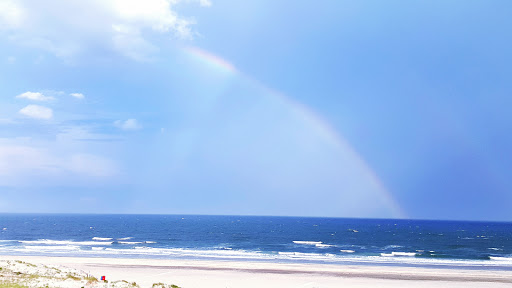