6/9/17 I cannot place new reviews or use 0 stars or negative stars so I had to edit this instead. I went to the Wonder Woman showing at 2210. This place has changed for the worst and after 2 dozen visits and I know that this will be my last visit. The cleaniliness of the theater is not a priority at all, service is lacking, and monitoring the theater is not being done. The seats were visibly soiled in low lighting and slightly damp. I dont think the seats are ever shampooed or cleaned. The tables attached to the seats were covered in a sticky mess. It would be simple to wipe off the tables in between showings. There was trash left from prior patrons inside of the cup holders and on the floor. A brief walkthrough by the people employed there could pick up and remove these things. The carpet was visibly soiled with ground-in mess. The carpet could be swept clean of debris before it is ground-in and shampooed at some point. The theater itself was humid and the air was stale from lack of circulation. There was no air-conditioning or even a fan blowing. The theater was usually chilly that Id bring a jacket or sweater. I kept it on anyway to have an additional layer between myself and the disgusting seat. The other patrons closest to me had their feet on the seat next to me and was constantly moving and kicking my seat, someone in a row or two behind me took pictures with flash during the movie, someone is a row in front & to the side was watching a phone video with the volume loud and talking during the movie. An employee walking in or even around then scanning the seats would be able to see these behaviors and intervene. The walk-through by employees has not been done in the last half-dozen visits. The employees no longer wait outside the theater for the patrons to egress so they can clean-up. The seat side service is a joke and only works when you go out to fetch the person or scare the cashier by asking multiple questions. This visit, my husband asked several pointed questions and someone came in to take our orders within minutes of us sitting down. This has NEVER happened. Someone usually take orders when the previews are done and movie has been playing for 10-20 miinutes then food comes in 20 minutes after that. This time, a person came in just for us and did not even LOOK at other patrons seated in the aisles to take orders. In fact every patron in the aisles got their own food with no employee ever taking their orders. Literally, someone pulled this employee out of the kitchen to take our orders. The person who typically takes orders is always hanging out in the hallway and visible prior to the showing. The food was made very quickly as well. We shared the southern fried chicken. Whenever we order separately, there was so much food that it would be tossed. This chicken has been ordered several times on prior visits and is consistently inconsistent. I have recieved this order before with truffle fries, condiments of syrup and hot sauce and it was a large plate of huge chicken tenders. Even without sides, the portion of flavorful, well-battered chicken made it worth the price. This time, there was 10-12 bland, small nuggets, no sides, ketchup as a condiment and thats it for $14. This place is now nasty and overpriced with poor service. Back in 2014: I went there yesterday night with my husband. This is usually something that we dont do because of the immaturity of the night crowd at some theaters like Mayfair. Needless to say, everything was nice. My nachos were huge and would have made 3 meals if I would have taken them. My husbands burger was tasty. The sound in the theater was nice and loud. All staff was nice and prompt. Best of all the other patrons were well-behaved. There is nothing like going to a theater and being able to watch it without loud conversations, phones flashing, etc. As long as the food is good, seats stay comfy and the patrons are behaved, I will keep coming back. One word of advice, get tickets early and avoid the tacos with the steak. The dog wouldnt even chew on that.

If I could give this place a 0 rating I would. First, they charge you an arm and a leg to see a movie. For "VIP" seats it costs $14 dollars. And by VIP they mean any seat other than the first two rows (which cost $9). NO ONE wants to sit in the first two rows, even to save $5. They try to make you feel better by giving you "free" popcorn with your $14 dollar movie ticket. I wouldnt exactly call that free, charge me a normal price and let me choose whether I want to spend the extra $4-5 on popcorn. Second, if you want to see a movie after 7pm you must be "21 and over" and yes they use quotes in their sign stating this rule. I recently tried to go see a movie on a Tuesday night with my younger sister (whose 20) and my MOTHER and we were told we couldnt purchase tickets. Not only were we not able to see the movie, but after asking for the manager were treated horribly. The manager himself was rude, unprofessional, and handled the situation quite poorly. We just wanted to see a movie or be told a legitimate reason why we were not allowed to buy tickets. After trying to discuss things with the manager we finally asked to speak to someone higher up. We were told that we could talk to the GM, but then the manager said that he didnt have any of the GMs business cards. So, we asked for a phone number or some other way to get in touch with the GM. The manager came back, handed us a card with a phone number on it and then walked away in a huff without saying another word. Im sorry, but that it not a way to treat people who are trying to give you business. I would never return to this theater, nor recommend it to anyone else. Moral of the story-- save your money and your time and go to a different theater.

Hint: If youre having trouble viewing their website recently try disabling your ad-blocker. I though it was broken until I checked in another browser without ad-block and realized I might be the one causing it not to load (and indeed I was). Otherwise honestly Im not sure how this place has so many one star reviews. Perhaps Im used to old school theaters where the seats are cramped like an airplane but these are perfectly comfortable, if not the newest, and there is ample room between each pair of seats. The rest seem to be complaining about the rules of the road here which are pretty clear and most I actually enjoy: its 21-and-older for all 7pm and later showings, the seats are reserved so you cant just sit anywhere, and if you want a normal seat you have to pay for VIP. The popcorn tastes great to me, the audio is on the loud side but clear and way better than a lot of other theaters in the area, and the image quality has never been an issue. Four stars only because VIP aka normal everywhere else is expensive and yeah I agree the concession lines are slow at times. Also thankfully there are fewer 3D films these days because their 3D experience has been nothing to write home about (dim images, cheap glasses, similar to a lot of theaters who just want an upcharge without the full investment). Is it the pinnacle of modern movie theaters? No. Is it a safe bet to pay a few extra bucks, reserve a specific seat, not rush to the theater on a Friday, and see a movie with clear audio/video and no screaming kids? Yes. 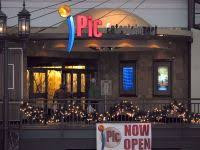 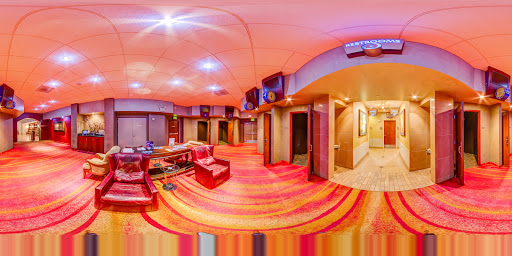 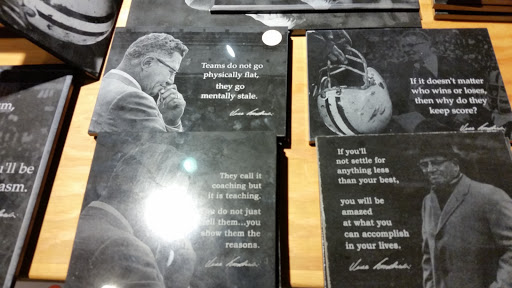 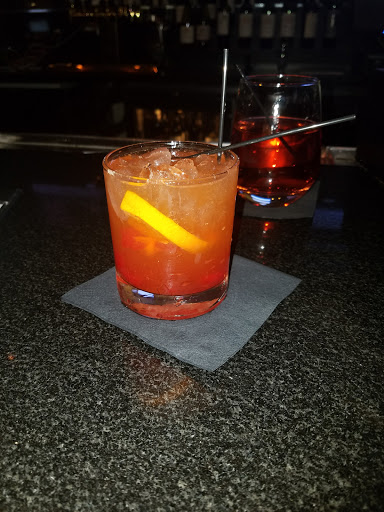 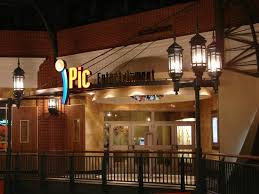 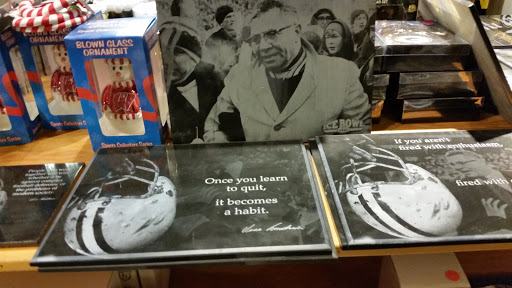 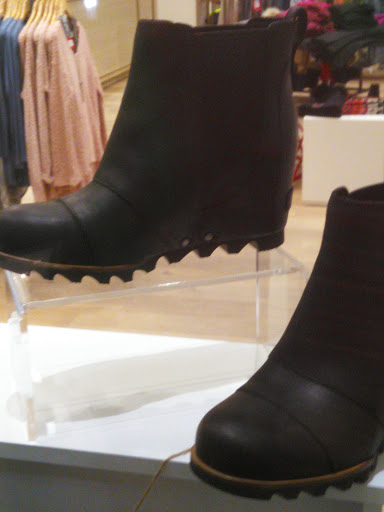 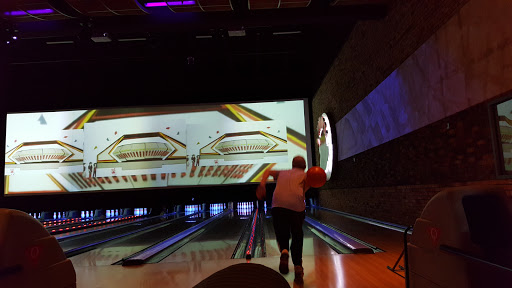 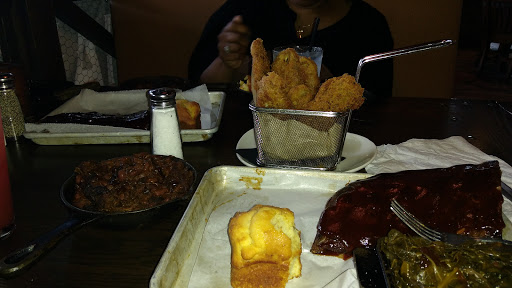 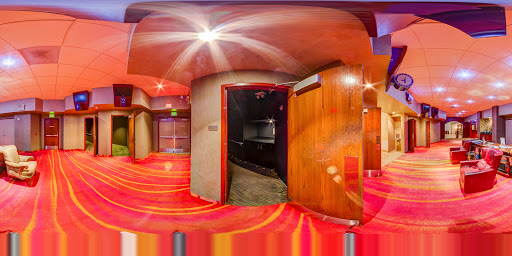 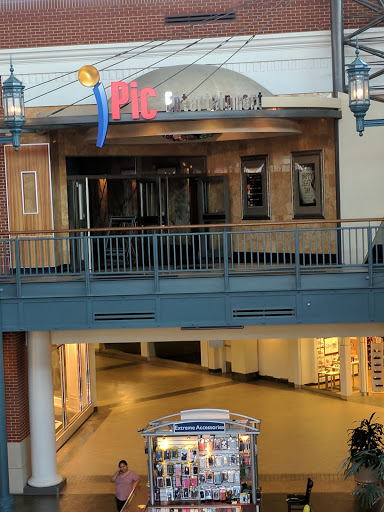 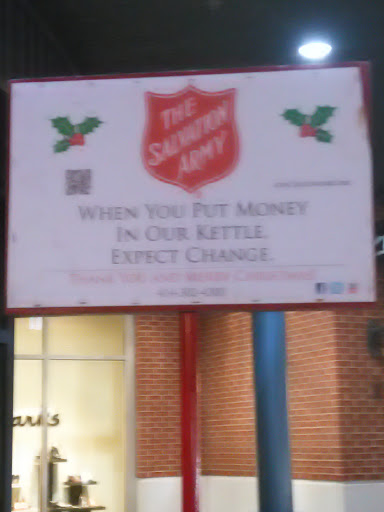 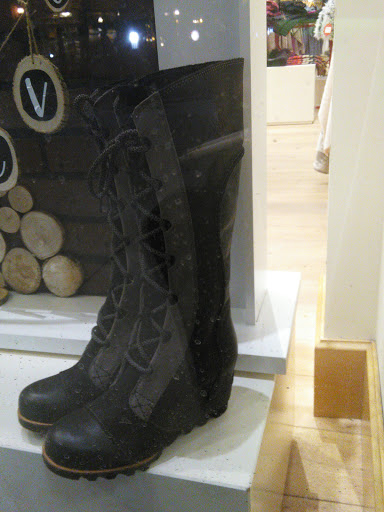