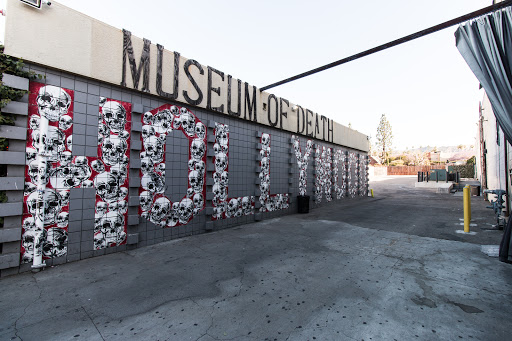 A really awesome thing about this place is the parking lot that is located behind the museum, its loaded with ALEC murals and its pretty safe. (There is no charge to see the Alec much also as they are in the parking lot soooo selfie away) Its also nostalgic as it is located next door to the world famous FLORENTINE GARDENS ( that used to be the spot back in the day, when Hollywood Blvd. was still seedy.) If you have an electric vehicle theres a Nissan Car Dealership across the street where you can charge your vehicle. Its also located not to far from Katsuya so that could make for a pre or post lunch. Maybe. The Museum is more gore than death really, very gory if youre into that then its a step forward. It feels more vouyer. It feels like garage sale or the brick a brack section at the Goodwill. They have Manson and the Black Dahlia and handwritten letters of authenticity from Richard Ramirez. Paintings by the clown and some of his art. Its very graphic so please know:) I do believe it was designed that way by the people who provided the space had the intention "that you would walk out loving your life". Sure that could be true except: The place is super crowed and tiny. It is a bit messy and dusty and some rooms have a weird stench but that could be by design however It is almost impossible to read the displays because people are so cramped together. Im not sure what the slow time is but, I suggest going during the slow times because it feels like there is no cap on how many people are let in. The employees when I went in I suspect could be a little affected by the spirits of the dead because In my experience they were incredibly rude and condescending and appear a bit overzealous and paranoid. They make the entire experience unpleasant. A part of me wishes I would have read the reviews that people other customers have written, I maybe would have not stepped in, I would invite you to read them before making your plans, specially if you are from out of town, being local doesnt make the employees here any more pleasant. Its gotta be the spirits or something, I came in to buy a gift basket for a friend who loves the macrabe but I walked out empty handed and decided Id just go and from the Los Angeles Coroners Office. The price is $15.00 and $1.00 if you decide to pay with a credit card. Parking on site I think this museum would make a better gore website that one can sit at read through, of course all the artifacts are online. Its a cool concept that lacks tact and execution.

First off want to say that I pretty much, well kind of, knew what to expect before walking in and paying $14. (We had a dollar off thingamajigger), anyways, its obviously something different that you dont see everyday. You know what I mean. We all for the most part, Watch the news, read the paper, (computer, phone, word of mouth) about a homicide, a rollover accident, cannibalism, cults that convince you to (at some point) commit suicide.things like that, or about past unsolved murders that are a part of history, or maybe something you heard about, but NEVER really read much more about it, And you never see the "gory" details, just edit after edit, or a sheet over dead body. And going to Museum of Death, youll of course see why. Whichever. Its these kind of things and more, u know natural deaths to hangings back in the day(and no, NOT THE DOWN SOUTH ONES BACK IN THE DAY) BUT others. With all that being said either you like it, or you dont. Its a little squimish at times(like watching the video of how the morticians? Get a body ready for casket funeral, to the video at the end called "traces of death", which back in the 80s, was called"faces of death" REAL SHOTS OF PEOPLE DEAD AND OR DYING, IN, WHATEVER kind of way. Rooms are not super big, but thats ok. There is Alot of information, from news clips, to "REAL" photographs, news clippings about what your looking at. Anyways Ill stop there, me personally, I LOVED IT, not in a sick and demented way, but in a way. So if your in Hollywood, by all means go check it out. Sorry no pictures, not allowed to even have phone out.

The museum of death far surpassed my expectations. I was expecting a cheesy spookshow when I first heard of the MOD, which I dig, but I was very pleasantly surprised. The moment I walked in, I felt very welcome. The owners are genuinely nice and the place has a very warm feel to it. My first time I spent literally 4 hours absorbing every square inch of information like a sponge, and I still feel like I have much more to see!!! A brief overview: The museum of death covers funeral practices, canibbalism, murders, hollywood deaths, suicide, serial killers, cults, execution, accidents, taxidermy, human sacrifice, and more. There is a theater which shows real footage of gruesome deaths that make any slasher movie look like the leave it to beaver show. Your jaw will drop, its quite an eye opener. You can see the process of embalming, an actual educational video used by morticians in training. You can view extensive interviews of the manson family, some very disturbing stuff. This is only the tip of the iceberg, and I know I must sound crazy saying this, but I truly believe every person should go to the MOD at least once in their life. To me, it was a very educational experience, and it makes you look at life in a different way. I am so lucky to live close to this place, it is rejuvinating to me, and I will be returning many more times.

If you have a strong stomach and youre fascinated with death, this is your place :) The guy who works there is really cool to talk to and no one will preach and make you sign petitions. thumbs up: - there is a cute (live) doggie!!!!!!!! so fluffy :D - the museum gets gory as you get closer to the end. ie real photographs of the murder scenes...heard they change it up once in a while - theres a tiny room covered in charlie manson stuff and a small section on black dahlia - the guy who works there, not sure if hes the owner, is full of cool stories! Go talk to him! Ask him about charlie mansons life in prison and his artwork!!!! - he gave us a free pass to come back because one of the room was used for filming...I gave mine away because I got too queasy thumbs down: - The taxidermy section. This is where I got nauseous :( This place was fascinating but my stomach couldnt handle it. Maybe Ill give it another chance some other time. Parking is free behind the building. Note to self: dont make plans to eat after you check this place out After the museum, my belly growled, then meat popped into my mind....and I lost my appetite for the very first time. The thought of being vegetarian crossed my mind for the first time as well. Luckily my appetite for meat came back after over-eating at a raw vegan restaurant.

This place is severely overrated. My visit took place June 4th 2017 The man, who sold us our tickets, was rude. He sorta tossed our tickets at us as we paid. On top of that this place is a serious mess, the exhibits are badly laid out. The media displays are seriously outdated. You can see most of the content on the internet at better quality then whats offered. Literally a house with macabre pics (some of which have watermarks on them), small monitors and some artifacts most of which are not noteworthy. Except their two headed turtle which isnt even part of the exhibit (rightfully so) but the turtle was really the only thing worth seeing at this place. (You can also see the turtle without paying to get in) Not worth $15, maybe, just maybe $5 but not $15. I wouldnt recommend this place to anybody. (Unless you just wan to see the turtle) Also they dont allow photography inside (at least "The Thing" in the desert allowed pics!) 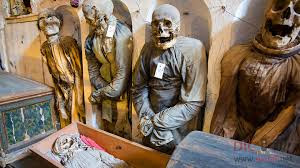 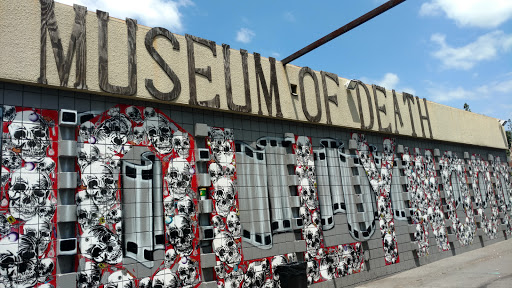 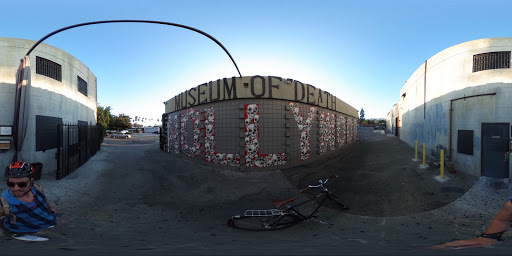 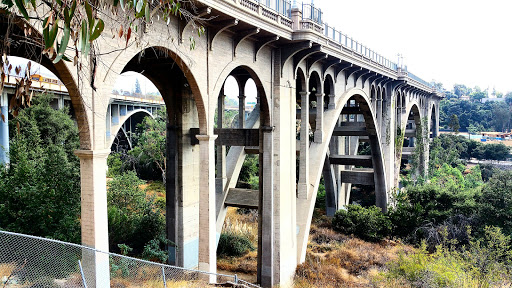 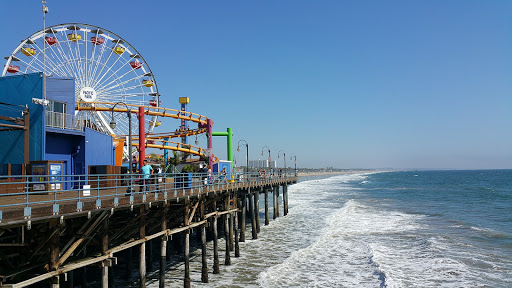 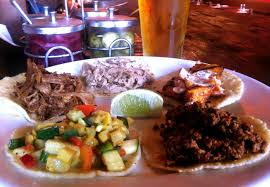 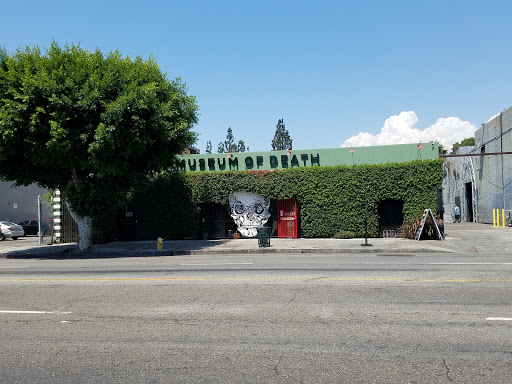 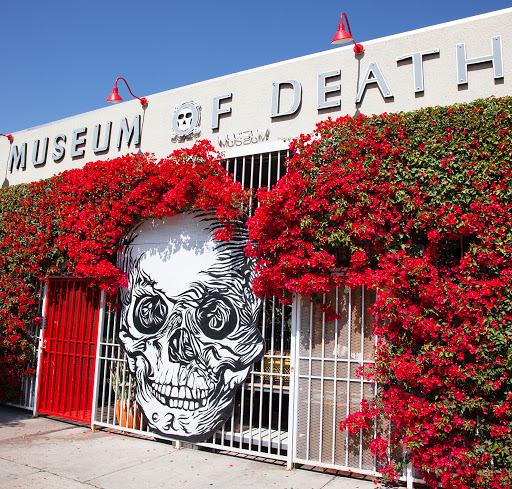 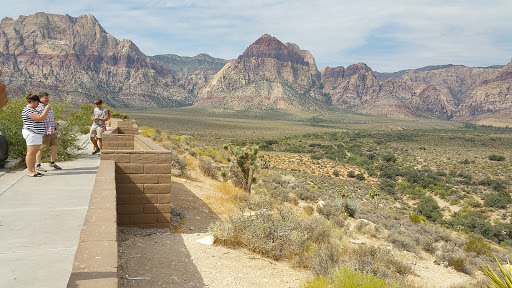 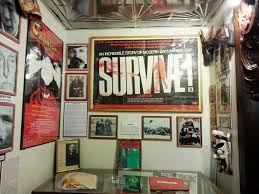 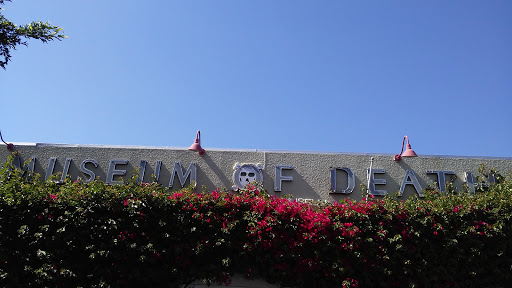 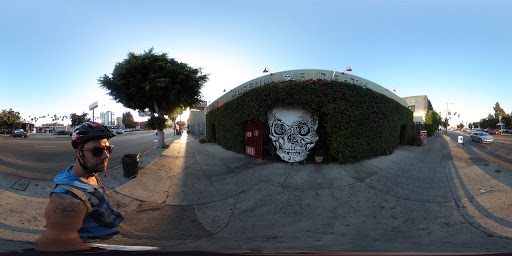 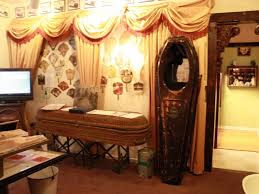 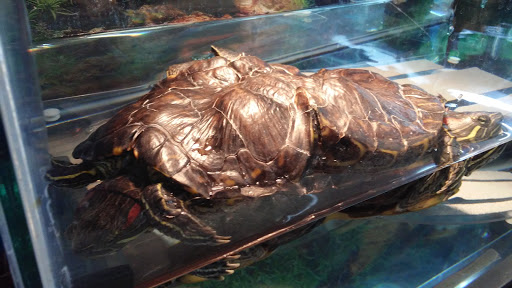 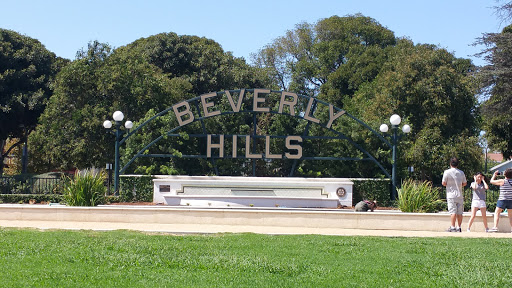 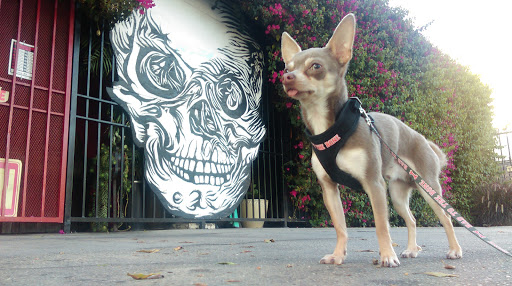 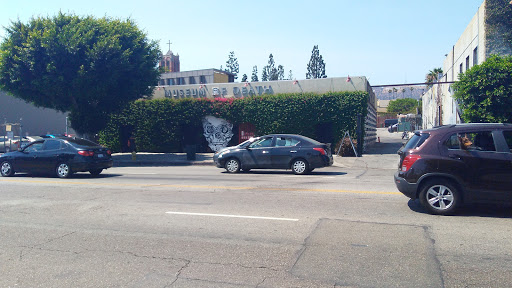 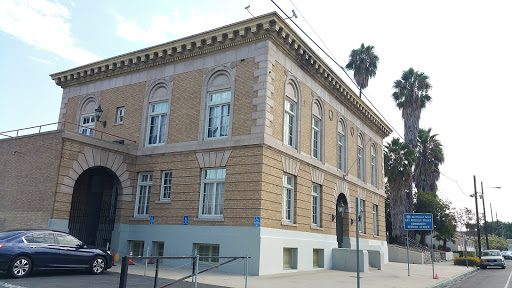