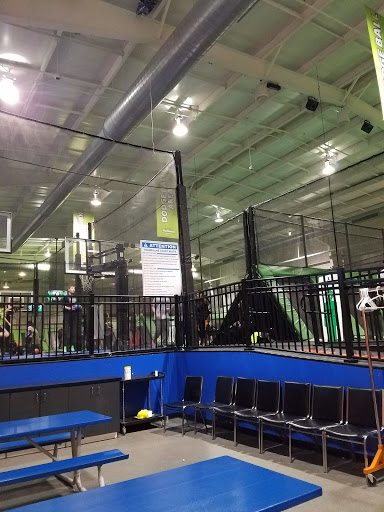 Had higher expectations. Its not a very big place but thats ok. That were quite a few things that I did not like at all. I came with family members along with our small children. There were big kids jumping in the areas for small children. One little girl kept jumping on my toddlers trampoline, trying to knock her down. She kept scaring my daughter and making her cry. There was not a worker stationed in that area when there was supposed to be. I had to keep telling the girl, who seemed like a big 10 or 11 year old to stay away from my daughter bc she also wasnt bring supervised by an adult. There were alot of unsupervised children running around and jumping in areas that they shouldnt have been because its supposed to be one trampoline per person but none of the workers were enforcing it. There were also kids running to the foam pit and jumping in, even though there were tons of children lined up waiting their turn. The guy staff member seemed afraid to say anything. He told them to wait their turn a few times but the children wouldnt listen and nothing was done about it. It wouldve been nice if parents or the adults in charge were required to supervise the children. It seems like a huge safety hazard when theres not enough staff to supervise the areas, then they dont stop children from breaking the rules, which puts other children, like mine, in harms way. Why have someone sign a waiver in case they get hurt when the staff cant even uphold the rules on their end? You need to train your staff better as well as add staff or that will be a liability on your end. And then theres the bathrooms...I dont even want to talk about those issues but I must. The toilet paper wasnt stocked, even after I mentioned it to a female staff member. There also was no toilet seat covers, just empty boxes hanging on the walls and the toilet seats were covered in urine and hair. Disgusting. The worst part of the bathroom was the fact that I could not change my infant because the changing station was broken. For the money that people spend to go there, Im sure that they could fix the baby changing station and keep the proper paper products in the bathroom. My kids did have a great time there but I was seriously worried about safety issues from uncontrollable kids with zero supervision. I cant say that I will go back but I cant say that I wont either. I already had to buy the special socks for everyone so who knows, we might give it another shot and go back one day. Im hoping that these issues will be addressed because the safety of my children are my number one priority.

My two, boys ages 7 and 10, attended a friends birthday party here at 2:30 in the afternoon on a weekday. It was quiet and seemed perfect! While waiting for all the guests to arrive, we noticed a few boys watching the large TV screens intently...I assumed it was a Disney show, fast action cartoon...to all of our horror it was a Porn movie that yes, left nothing to the imagination. In a frantic scramble we tried to find the management, the girls at the front desk, without much care, just said they didnt know where the remote was etc etc. When we finally found the mngmt in the eating area, they finally turned the channel off. The damage was done. The management had little regard to the offense of it, had a half hearted apology coupled with a nonchalant excuse of that the channel was leftover from a Mens sports night the night before....It wasnt really their fault. Of course I reminded them that their establishment probably recvs most of its revenue from families and families NEVER expect to have to shield their kids from what might pop up on the High Elevations TV. I suggested that as they probably have parameters on their home tvs & computers, they should also have them on their business TV! It was an awkward day, put a damper on things, what was most disappointing was the lack of regard for the offense and shrug of the shoulder reaction. This sets the tone on their priorities for children, especially that children are their biggest customers.

I recently had my sons 5th birthday party here. From the start I realized there was not enough parking in the complex. When we arrived it was very chaotic. The party host took my favors/cake/balloons and checked us in. They place was extremely packed. The parties are not separate from free play to the public so this is extremely frustrating and chaotic. The staff members that monitor the courts do not really monitor at all. They let way too many kids in to jump and they mix the big kids with the little kids on the trampoline in the back. The dodge ball was not monitored properly at all. They rules were not being enforced, kids would stay in there for 10-15 minutes before they let another group in. Once again, they mix kids of ALL ages and this creates frustration. Then, it was time for us to go into our party room up stairs. Our party host was so sweet and tried her very best, she seemed very stressed. The room wasnt even cleaned before they called us up for pizza and cake. My favors were still in the box, I had to put them out and my balloons were left in a bunch in the corner. I really hope as time goes by, they become a lot more organized.

I would love to give this establishment a higher rating but since we never were able to go inside it I cant. My sister in law called at 1:45 to High Elevation to see whether tickets should be purchased ahead of time- we were told no- never once told that they would be closing early due to weather. We are from out of town 4 hours away and drove 50 mins from my sister in laws house, in the snow, to see the establishment being closed early. There was another vehicle that came after us along with my sister in law. We were informed that they were closing early and even after informing management that we had called and confirmed they were open. This establishment turned away 15 paying consumers in their parking lot! I understand having to close for weather at times but if you dont inform your patrons ahead when they call- you should honor their trip out.

Fun place for kids and adults! but you know your getting old when your laying in bed that nite as you legs are throbbing!! Ps just a hint i was may 1 of 3 parents actually jumping and playing and all the other parents are sitting at the tables on their phones. Well quite a few their children saw me playing with my daughter and joined in on the action. That should tell you something put down your phone and play with your kids thats all they want is your attention!! PS: you have to buy socks with little grippers on the bottom but if you intend on going back save the socks as we do

Came on a Holiday "Veterans day" the place was over crowed over sold out!!! They had the one secrion for little ones closed off, very unsafe for little ones they should be able to be seperate, the staff dont enforce any rules , children being crazybabd rude cutting infront of orher children!! Very bad expierence every time we come here!!!! If you know there is no school you shoukf have a full staff!! 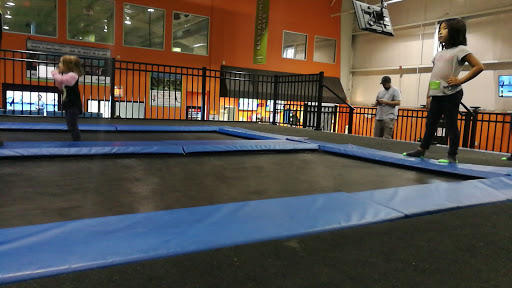 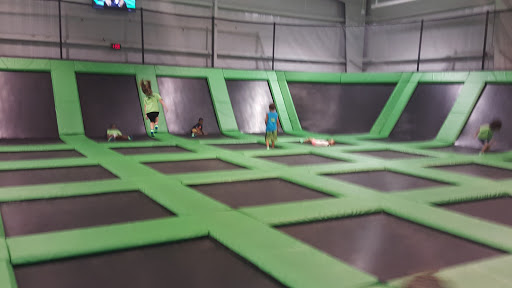 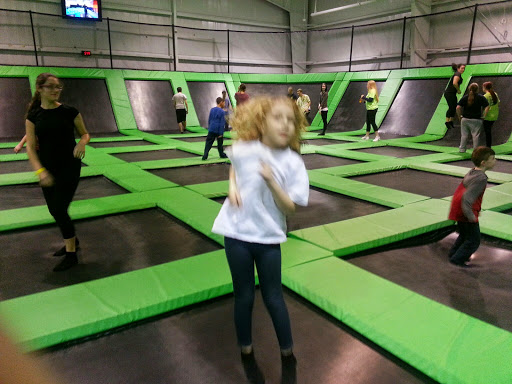 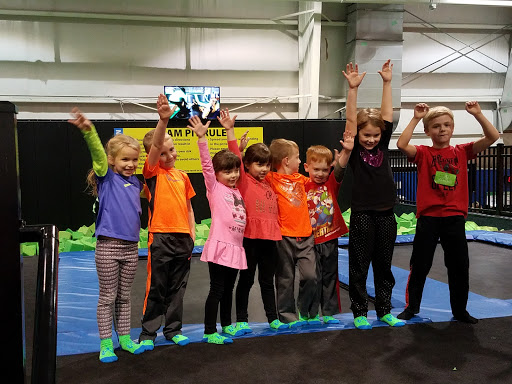 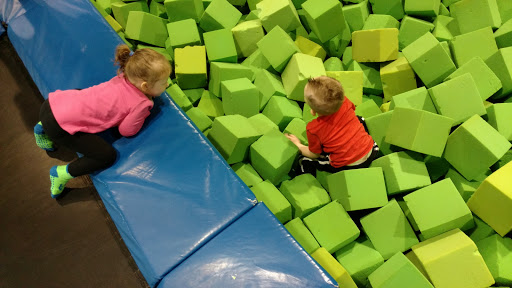 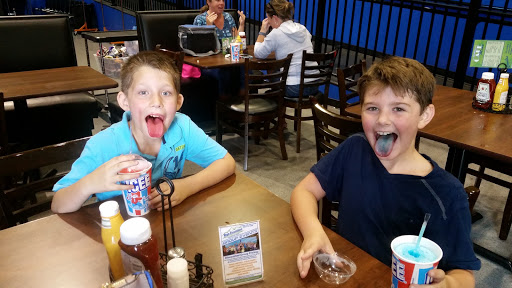 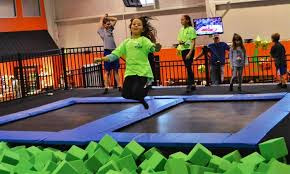 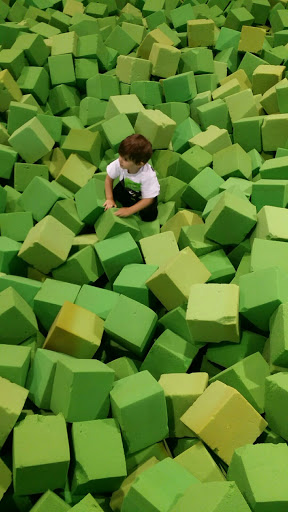 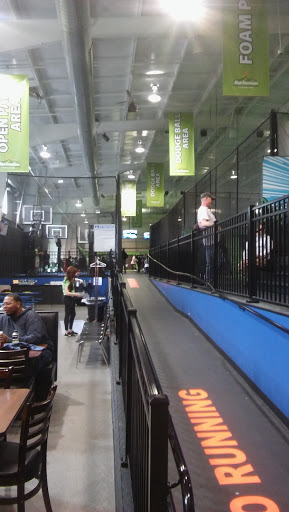 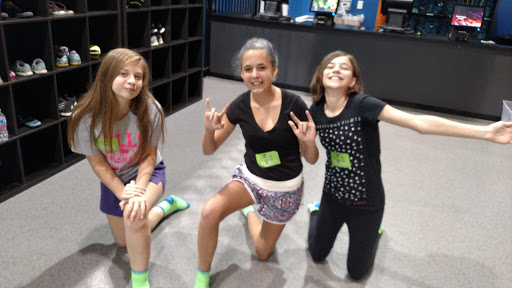 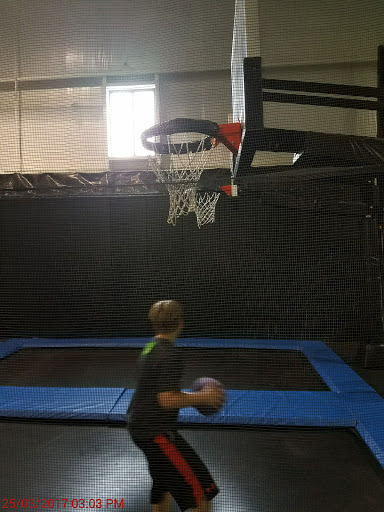 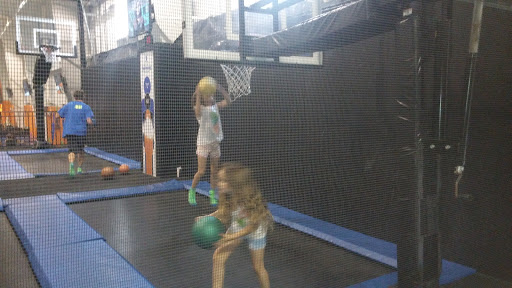 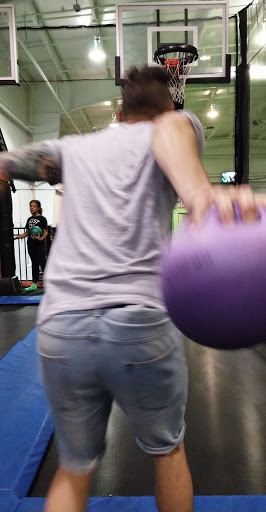 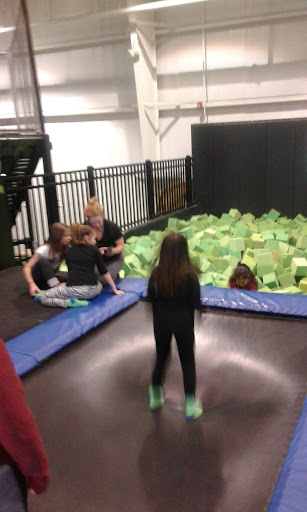