Im hoping they just had an off night in the restaurant. We love this restaurant and dine here year round. But this past week we wanted to celebrate a big anniversary with dinner here. Let me first say that the food was excellent, as it usually is. But other than that, not so good. Waitress ignored us for the first 20 minutes, despite other groups being seated right near us. She finally took our drink order, a bottle of champagne. They were out. Only had splits. But four splits is equal to one bottle, so they said they would charge us accordingly. Couldnt get a busboy or waitress back for another 20 minutes. Still no bread. Menu had changed. Expensive entrees now include nothing; all a la carte. But menu states that you can add soup to your meal for an additional $2.95, so I did. Waitress had no clue as to what came with either meal, potatoes, etc. Bill comes, and of course its wrong. Was charged per split. Waitress then claims that manager took off the excess cost from the price of the soup. Wrong. Was charged $4 for the soup on the check, so even if that was true, I was not only overcharged for it to begin with but the excess cost was not deducted as promised. Now for ambiance: The pretty fireplaces that usually blaze were off and during the whole meal the staff was removing the other tables and chairs around us in preparation for cleaning the rugs; apparently at any minute. Night was not as special as we had hoped, but well come back and give them another chance because its only fair. Hopefully things will have improved.

I"m a member at this course and find it to be the best course in SJ. The greens and fairways are in good shape and we typically tee off at the specified tee times. However, the management, especially the restaurant is bad! Its a known fact the establishment is beautiful, but the food, and service is atrocious. Weve been there several times after a round and it take literally 1 hour to get your food. Keep in mind that we are usually the only people in there. The only entree that you can possibly eat is a burger. If they would just invest some money on a real chef/kitchen manager, theyd have it made. We golfed there this past Saturday on a late afternoon tee time. The cart girl came around once and told us that this would be the last time she saw us(5 pm). The round was going extremely slow due to a foursome in front of us and there were no rangers to be found. We came around to the the turn and found the halfway house that sell beverages and snacks closed. Im no rocket scientist, but what would it take to pay a girl $10 an hour to sell you $30 worth of high markup items? Whats the thinking on not having a cart girl and a person running the $100,000 snack stand on a Saturday all be it? I called the pro shop to see if they can send out a ranger to speed up play, and the response was, they all went home. I then asked him to send out one of the 4 guys that swarm you at the end to wash your clubs. He agreed and sent him out to no avail. Overall, this course and clubhouse is beautiful. If it was just run properly it would be sensational!

Not happy with the courses service and condition! After being told that my groups round of golf was going to be comped because one friend was having his wedding ceremony and reception there, it turned out that they couldnt back up their word! They only comped the grooms round, then we were told that any rentals sets that were needed would be comped. I had to rent clubs, they rang me up with a rental fee, I told them that it should be comped, they said that it would be voided after my round for some odd reason, then when I checked my bank statement it was never taken off!!!! The condition of the course is not up to par either, for a course that is charging that amount for a greens fee. I usually dont hate on golf courses, its all about having fun and making good golf shots, but this place got me started on the wrong foot! NOT Happy!

My family and I went here for a nice Thanksgiving dinner. We were hoping to enjoy a nice meal and have some time to catch up. First thing that happened is we went to the buffet to get plates to get food. The plates were soaked, and dirty, then what makes it really suck is, when the waiter is nasty. We get new plates and we finally hope to get food. We get our food, which is steak, pork, and chicken, they were so dry, we almost choked. Then we wanted to wipe our hands after we were done our terrible food. I reached for my napkin, and I nearly threw up what I found on there. There was a chewed up piece of steak. Well that was it. My food turned in my stomach. We left and will never come back. This dirty place isnt worth my 40 dollars.

The worst service ever. Ive golfed there several times and paid over $100 for a round. Both times I golfed they didnt even have a cart girl on the course. This was in mid august on a saturday. COme on, a cart girl costs nothing and they could actually make a nice income if they had someone out on the course servicing the people who are spending so much money. One day after golf we went into the club house and asked to sit outside.. They said we could sit outside but they didnt have any servers out there.. Saturday night at 8 pm, beautiful outside and they had no servers outside! We had to order form the bar and bring all our food outside. Ridiculous for the amount of money you pay there

Love the course but was literally attacked from the air today beside the 9th green by a Canada Goose. Apparently there is a nest over there. It was not funny - this thing came flying full speed at my head, I had to duck to avoid its hitting me. After landing, with me on my butt, it continued to attack. Only my 7 and 8 irons saved me. I finally got up and retreated only to have it continue to pursue me. At the very least I should have been warned in the pro shop. They should remove it or cordone it off as they do GUR. Someone could get hurt - having had a heart attack 10 years ago, I do not need another one.

The restaurant has a newly renovated outdoor patio, decent happy hour menu ($5 martinis and apps are my favorite), and really good food (Awesome specials and soup!). Call ahead of time to reserve a table on Friday and Saturdays during the dinner rush, but most other times it is easy to get a table. The gorgeous golf course is maintained immaculately. Highlights are the lake and gorge with an old biplane. Cart girls are out on weekends and snack shop almost always open, which has beer, wine, mixed drinks, nonalcoholic beverages, snacks, and yummy sandwiches. 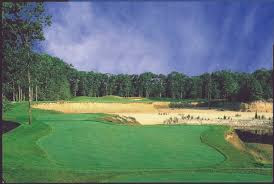 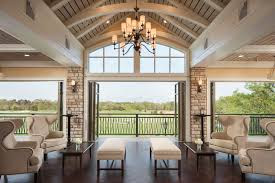 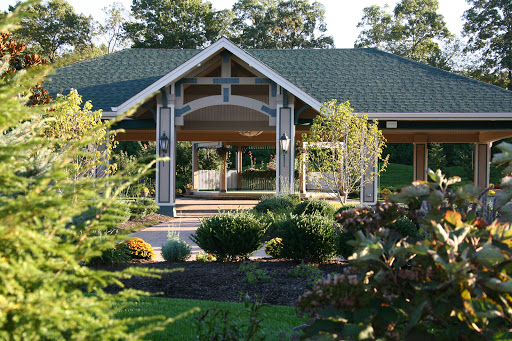 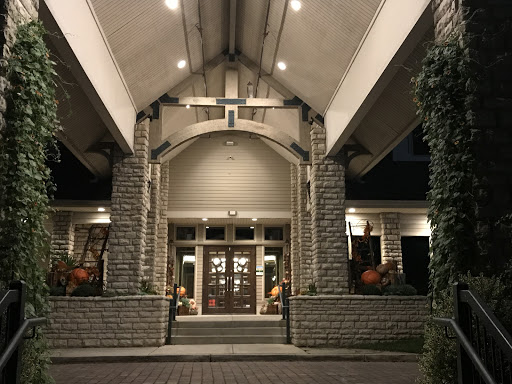 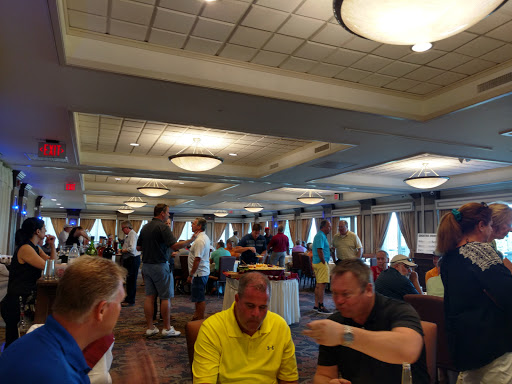 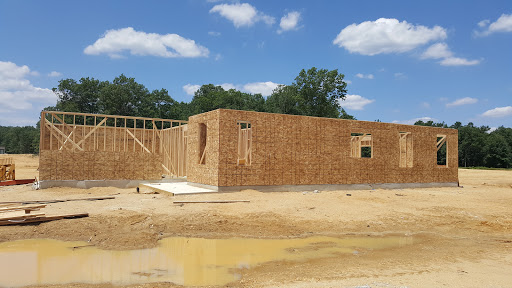 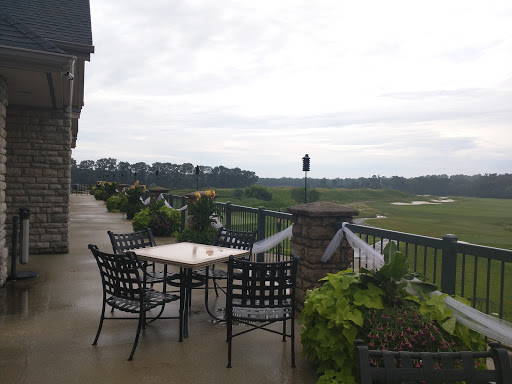 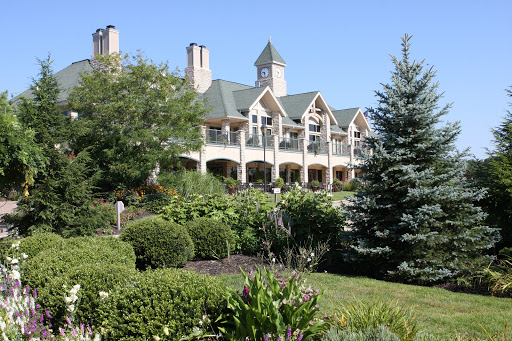 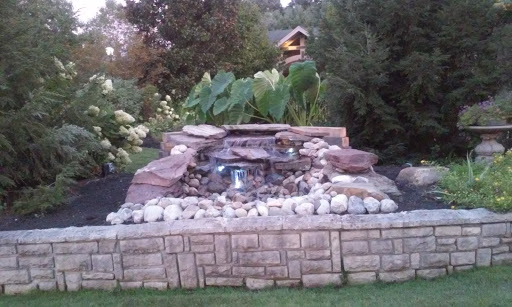 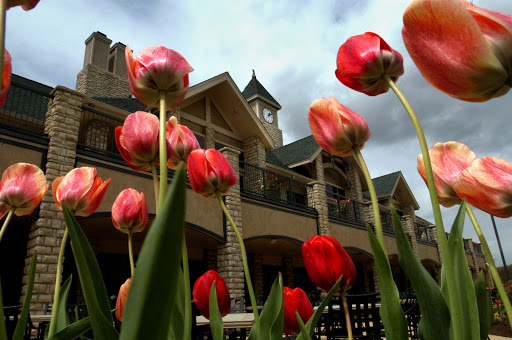 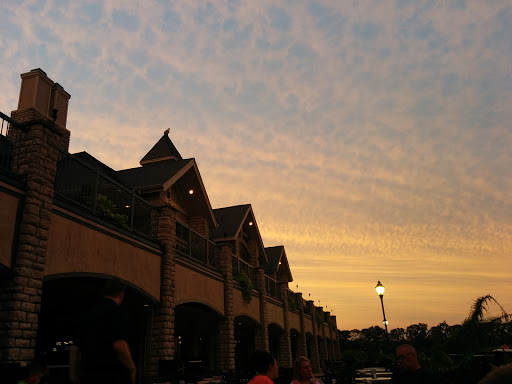 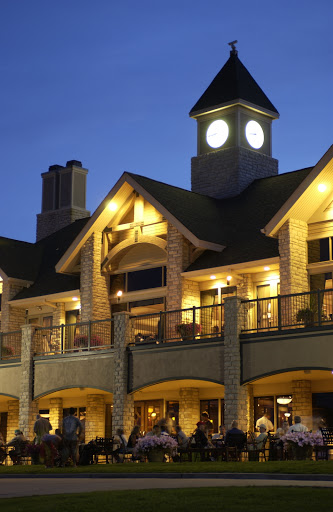 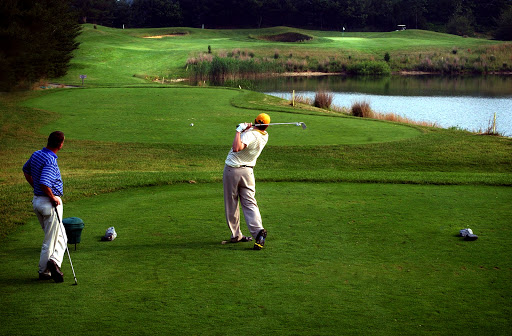 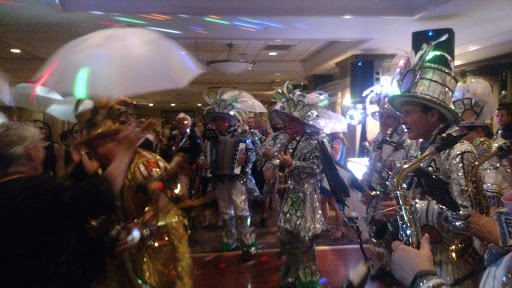