I recently had a wedding at the pelazzio this past weekend. My review is mixed. After talking to a coworker who had family members have a wedding here I found that some of the same issues I had, they had. I decided to post this because no review was posted about these issues and I feel that couples should know about them before they book here. Positive feedback: 1. Ana was awesome, she was very professional and always knew the answers to questions that we had. 2. The food was good. 3. The venue was beautiful 4. Photographers were really nice and professional (Nadej, didnt catch other photographers name) Cons (there are more of these) 1. Food was put up and we were not allowed to take it home, even though we had paid for the food in advance. I did not find this out until after the wedding because I was the bride and was busy taking pictures and dancing. Guests were told they were out of food when they asked for seconds, even though my mom had seen pans of the food in the kitchen. 2. We paid for the premium open bar and was not allowed to take left over closed containers of alcohol with us. (again did not find this out until after the wedding) For the amount of money you are charged for liquor, we could have bought the liquor ourselves and taken it with us. I suspect that they charge each party a large sum of money for open bar and then use the unopened bottles at the next event. (which means they make a killing off unsuspecting couples) While this may be their policy, we would have appreciated if this was conveyed in the meetings. (it was not) 3. They are VERY deceptive. We were told that no one would be put next to us prior to signing the contract. (we signed a year in advance) We had the wedding in Tuscany A. A couple months before the wedding we found out that a wedding reception was booked in the Tuscany B & C room right next to us. At that point it was too late for us to book another venue. This was very deceptive of the Pelazzio, yes they offered to move us to another room, but why should we have to move when we booked FIRST and were told that there would not be anyone in the other room. 4. We were told the walls were sound proof and that the other party did not have music, this was a lie. The room next to us had music and our DJ turned our music up to drown them out. Also my guests reported hearing the music from the other room while in the bathroom. Overall the wedding was beautiful, but just beware that they are deceptive. Also they give a survey on your way out, do not fill out until you talk to your guests because you may not know all of what actually went on at the wedding because you are so busy. Would not use them again.

I am the President of Samunder Club of Houston, and we conducted our Annual Dinner on Nov 20th evening at Pelazzios Grand Ballroom. Some of our Members had previously visited Pelazzio but this was the first time for many, including myself. My team booked the venue way back in March, and throughout the process we were more than satisfied at the treatment that was afforded to us. Ellie Pernuy was great, but she left for domestic reasons and was replaced with Erica who was outstanding, very professional and courteous. She had a sixth sense of what we were looking for, and made suggestions which were sensible and practical. Ana Nerys was the Manager and was also very nice and easy to work with. There was one period of uncertainty and that was at the food tasting meeting at Shahnai Restaurant. We found the food was mediocre and informed Pelazzio that if something was not done about it the food would be a disaster. Mr Amin sent me an apology email and gave me two choices, we could have a meeting with Shahnai to correct the situation or else he would refund the catering portion and we must find our own caterer. We chose the latter option and took Taj Restaurant (corner of Eldridge and Westheimer). On the event day everything was exactly as we wanted it - and more! The ambiance of the place was stupendous! The wall lights pointing from the ground up gave the whole place a palatial look. The main red sofa and backdrop were perfect. The service (we had 7 wait staff and 3 supervisors) were absolutely excellent, they would pick up all the half filled glasses and half-eaten plates as soon as they were left on the tables. The food from Taj Restaurant was outstanding, fresh and delicious. We had asked for the Premium Bar (Scotch Whiskey) and the service was impeccable. Overall a superb experience. Luna was our Hostess for the evening. She is pretty, dressed well and very active. She was all about the room making sure every little thing was attended to, including dimming the lighting during the dancing exactly as I wanted it. Very nice. One piece of advice - put everything you want into the contract. Even if it you think you may or may not need it (e.g. table giveaways), put it in the contract. If its not in the contract do not expect them to get it done during the ceremony, they will not be able to. Pelazzio will do exactly what you sign up for - and they will do it well. weve been doing our Annual Dinners for the past 14 years, and this was our best night yet. Overall, our Members sent me numerous emails on what a wonderful evening they had. Thanks to Pelazzio for the most part. Joseph Lobo+

Truly Exceptional Banquet Hall, few minor issues. I was the groom for a wedding party of 170 people in the Grand Ballroom of the Pelazzio this last weekend. Everything that the Mrs. Erica (our event coordinator) was directly involved with went exceptionally well; my wife an I were extremely pleased with only a few minor incidents knocking them down from a five star rating. Still, I would definitely use them again, but I would skip their Limo Sub-contractor (SSL Transportation) and Id ensure their management understands when its appropriate to settle accounts. Pros: (Five Star Worthy) Gorgeous Grand Ballroom with exceptional floral arrangements and lighting, Exceptional Photography and DJ (Paul) had everyone dancing and singing for four hours straight. Best Event Coordinator we could ask for (Erica) every issue we had or foresaw she immediately resolved; Erica was truly an exceptional host and problem solver. The most Attentive and Courteous Staff I have ever seen, our drinks were never empty and they were never more than a few paces away when needed. Their cake sub contractor is truly unmatched, it was the most delicious cake Ive ever tasted. Cons: Background to the negative comments below: The event was completely paid for a week prior, and I had requested at the start of the wedding that we settle all additional costs at the conclusion of the Reception by using the credit card on file, or with the large amount of cash that I had on hand. 1. The Limo Sub-Contractor (SSL Transportation) demanded an additional $45.00 cash from the best man at the hotel to bring the bridal party to the wedding ceremony. They then refused us service for 15 minutes haggling with the best man (with the bride sitting in the back of the limo) until Erica contacted the limo company directly and sorted it out. The Pelazzio subsequently compd our Limo and we received a different driver on the return trip who was extremely courteous. 2. Pelazzio Manager on duty that night (name started with an A) was very abrasive to the bride when my wife asked for her bridal bouquet. Mrs. A stated, "We cant do that; a bouquet is not in the contract". The maid of honor asked the Mrs. A to leave. Shortly there-after Erica assuaged the situation by presenting me with a gorgeous bouquet which the Pelazzio compd for us. 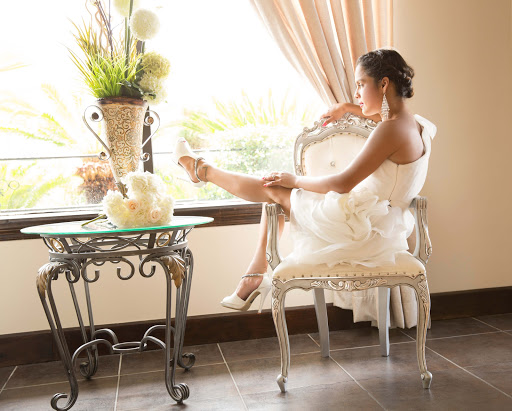 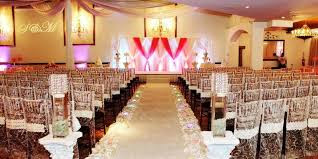 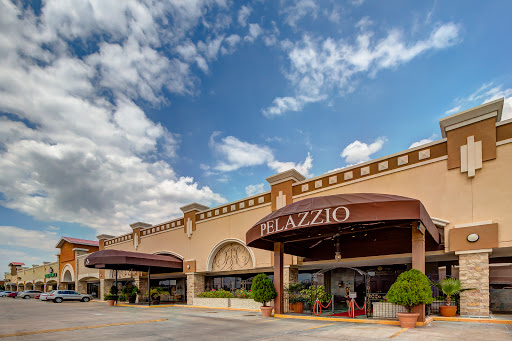 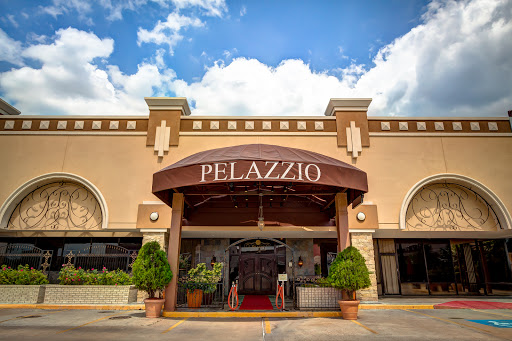 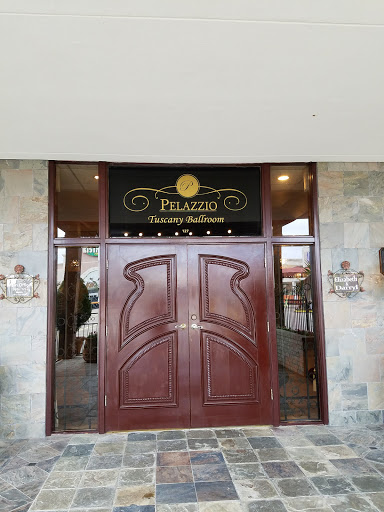 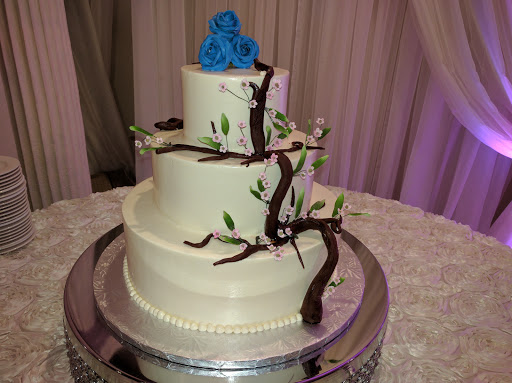 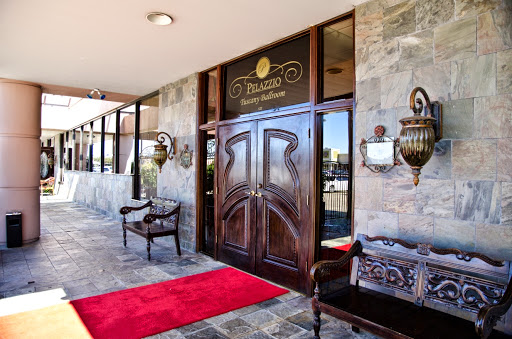 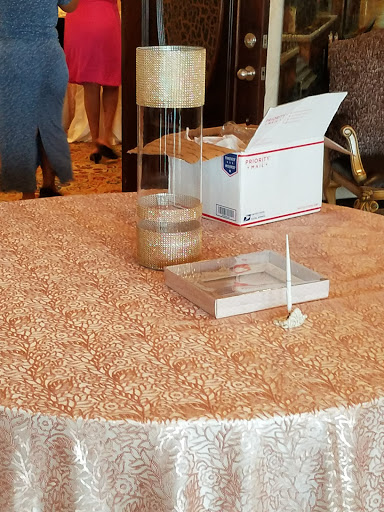 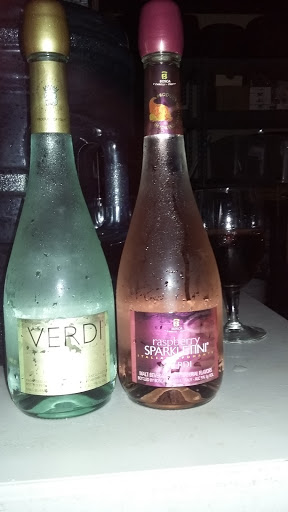 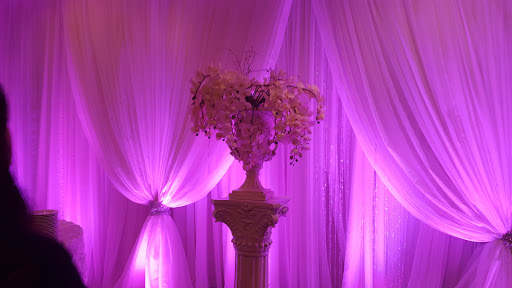 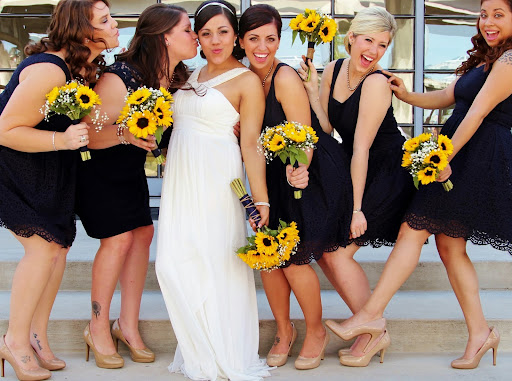 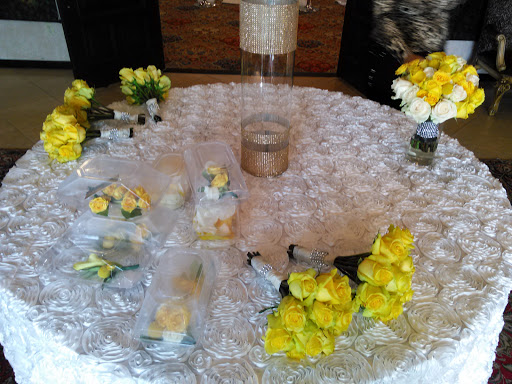