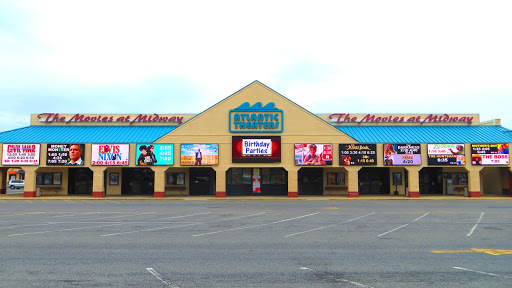 Very bad customer service. Very snarky ticket clerks and ticket takers. Unclear rules on rated R movies. I made the mistake of being honest and saying I didnt want to see the movie, but was giving permission for 4 teenagers to see a rated R movie. The rude and unhappy ticket clerk then tells me that a "legal guardian or parent"must accompany. I told her that I was only the "legal" parent of one of the boys. She then told me that I was "responsible" for all of them. I then found a nice couple going to see said movie and they said they would take the teeens in with them. An irate ticket taker then did a drive by shooting and quickly ran past me and the nice couple and said "No way, now how are those boys going in to see this movie with HER. They wont get through my gate." Meaning me, I guess. My question is if it must be "legal" how are they checking all the kids coming through with parents? They were willing to let me go through with 3 boys that werent mine legally, but they were not allowed to go through with customers that just purchased tickets and agreed to "be responsible" for the teens. Is just a way to force me to buy an overpriced ticket? Or do they have rules that are consistent? If they have consistent rules, how are they checking ID on all the "legal" parents or guardians. Simply, they arent. And we were targeted today for no good reason. So, not only does the public buy an overpriced ticket, absurdly priced snacks, sit in a filthy seat, now we must deal with rules that are unclear and enforced at the will of uninformed and clearly unhappy employees. Too bad there isnt another theatre nearby. We are stuck with this substandard, unprofessional, typical, Sussex County business.

Steve Midway is a great theatre, all theatres have captive audiences since they make their profits from concessions so that point of yours is not clear. The one size drink is only $1.00 ( so get two; since the 1 drink would be $ 5 elsewhere ). You need to know what costs are in metro theatres today, not a decade ago. We as a couple spend $90 on prkg, tickets and concessions. We are thrilled to have this refuge. Popcorn and all candies are also only $1.00 each. I spent $7 on my treats that wouldve cost $20 in any city ( northern VA suburbs ). Also, you should not be bringing a two year old to the theatre to begin with, so I have no sympathy for them charging you the very low ticket price for the child. Until you can manage to find, or afford a babysitter , you need to be watching your movies in your hotel room so I agree with you. Please continue to stay away from our nice, clean, and safe theatre in Rehoboth Beach that offers many movie choices, friendly service, and great prices !

Good theater at the beach. Its clean - yes, even the bathrooms! - and the staff is polite and courteous. Always current movie offerings, sound is good (if not a wee bit loud for my tastes), the seats are comfortable and LSD audiences are the BEST! Good deal on the candy ($1, any kind, all the time), and soda ($3 with free refills). The popcorn? Definitely a disappointment. Even when hot (which is Very Rare - they make it too far in advance, which may be part of the problem) it seems to always have a lingering stale taste. Maybe get a fresh stock of popcorn kernels from a different distributor? Handicap access is appreciated.Parking is great. Love being able to have lunch before or dinner after the movie. Over all, a good theater experience at the beach. PS: Love the new digital outdoor marque. PPS - Lost an earring last time I was there. Reported it to the management. Three days later, earring found and they called me. AWESOME!!

Just got back from the theater, read all the reviews before going, thought Id chime in. Its a popular holiday weekend to attend the movies, but the process of getting in wasnt that bad. Ticket prices were in line with other cities for a 3D movie. The original movie we wanted to see was sold out, not a fault of the theaters. The concession stands were busy because there were a couple movies starting within a half hour of each other. The male behind the counter filled my order promptly without any trouble. The popcorn was being popped in the background and was fresh. Im not sure what everyone was complaining about in their reviews. Candy was a dollar, popcorn prices were in line with other theaters, free soda refills were available which is unusual. The theater itself was clean, and the volume wasnt outrageously loud. Overall, we had a great time spending the afternoon together as a family seeing a movie. Well go back.

Ive had mixed experiences here. Sometimes the staff is ridiculous, on one occasion they charged my friend for a sleeping toddler, and they wont give out small cups so you can divide the popcorn up for the little ones. Fortunately the popcorn is so bad we dont purchase it anymore so that isnt a problem. I once had leftovers from lunch and didnt want to leave it in a hot car to spoil, they have a strict no outside food policy, when I explained my situation they put it in their fridge for me while I watched the movie, so that was nice. There is literally no other movie theater around, and they know this, so sometimes it might get to their head, but most of the staff is friendly, I havent had a bad experience in over a year so perhaps the bad apples have been replaced. The candy is a dollar bc you can get a giant box of candy at the dollar store. Movie selection is always great.

[email protected] may not be the most state-of-the-art theater in the world, and to a non-DE native it might be unimpressive, but its certainly the best this Dover boy has ever been to. Growing up in DEs capital, the only real theater is the Carmike in the Dover mall, and while it may be a shorter drive, I still prefer Midway for a handful of reasons. 1. Better quality screens. 2. They actually darken the theater the whole way. 3. Way cheaper candy. 4. Virtually no technical hiccups. 5. They show 2-3 previews as opposed to 7-8. 6.They show more movies, and play movies for longer periods of time. So yeah, Midways no Arclight (or whatever the top-of-the-line theater is nowadays), but its certainly better than Carmike.

I understand that a company has to have policies, but you also expect them to have compassion, sympathy, heart and common sense in their ability to apply those policies - this theatre doesnt. We had a party of 6 people, one of whom was a little girl with food allergies. She cant eat the food at the theatre, so we brought one small bag of popcorn for her (single serving) and were told we couldnt bring it in with ABSOLUTELY no exceptions. Nevermind the fact she wears a medical bracelet and carries an epi-pen - and nevermind the fact that we were going to buy her a drink there and candy/popcorn/drinks for everyone else. Stupid, cruel, heartless.

As I stepped up to the snack counter I witnessed the worker behind the counter opening a bottle of butter for the machine with his mouth!! I was beyond outraged , I asked what on earth was he doing and the other worker .. apparentely his boss asked what was going on and I explained what I had just witnessed. She took the bottle to the back room and said she threw it away. Needless to say ..I did not make any purchases at the counter other than a drink which the customer dispenses themselves. Seating is fine in the theater... the concession experience was eye opening for sure. 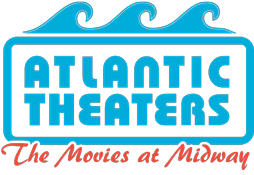 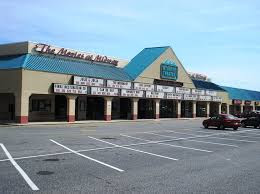 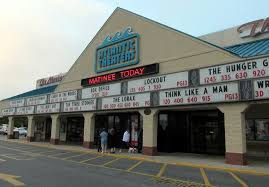 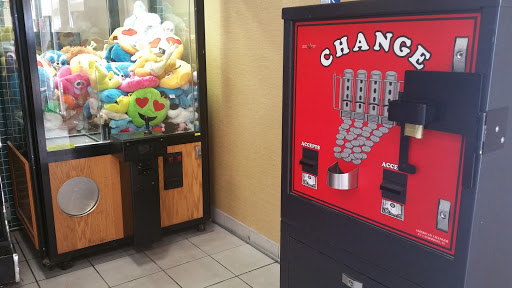 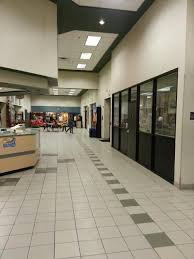 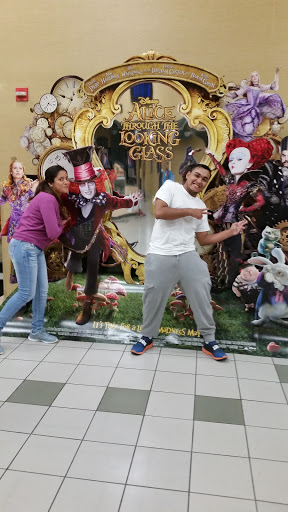 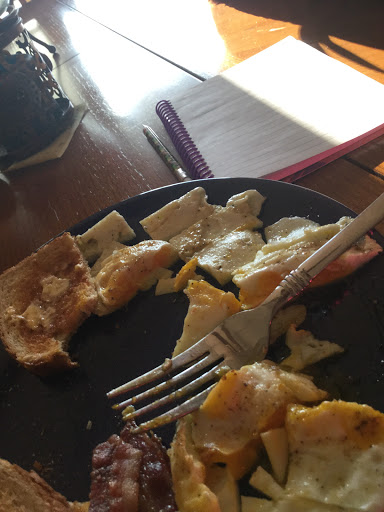 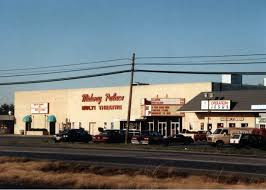 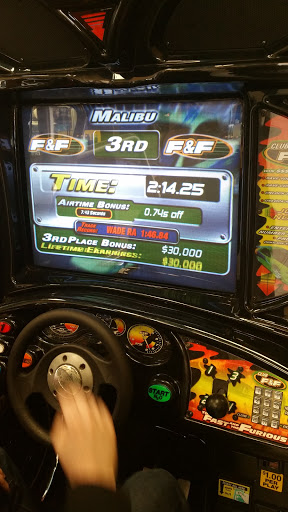 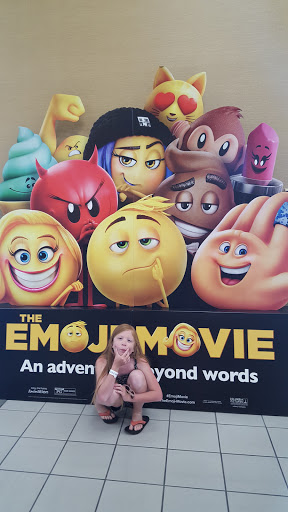 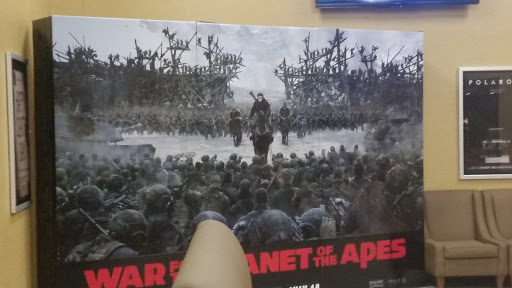 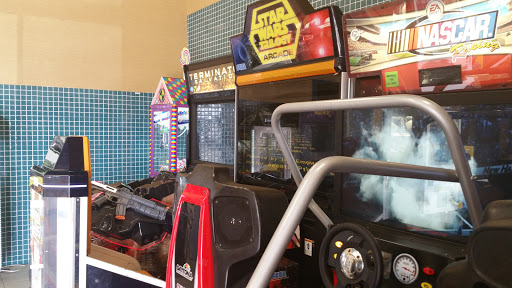 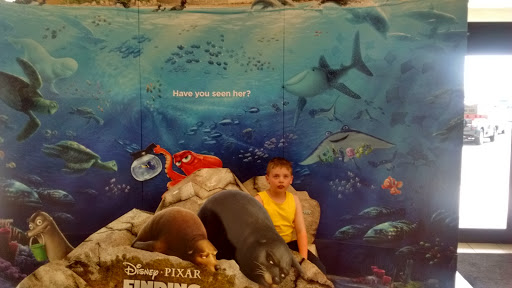 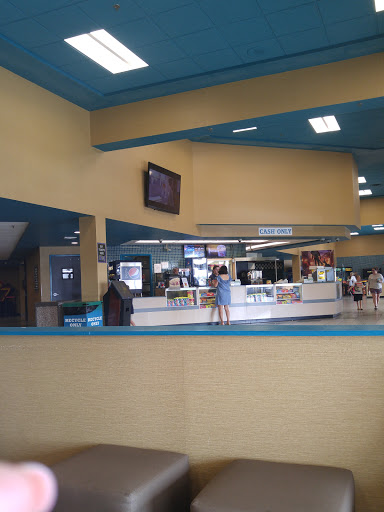 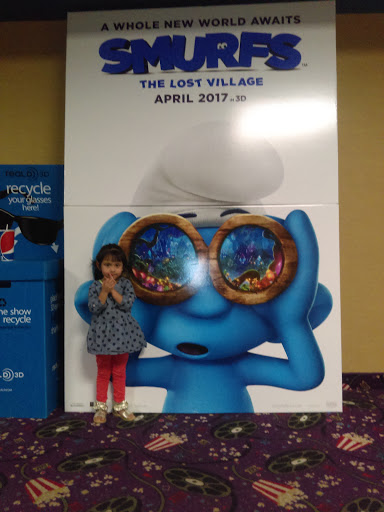 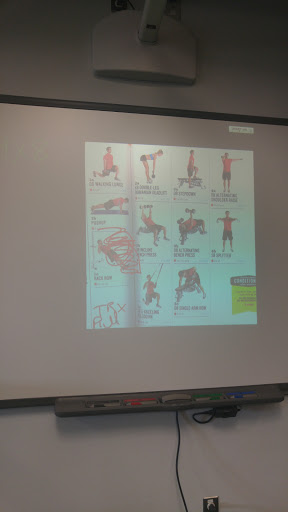 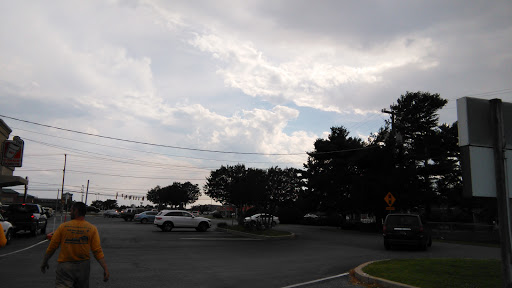