This place is great! Splashing around water and going down slides. For families with children, this place is very nice! I took my two little ones there, who dont know how to swim yet, and we all had a great time! There is a water, play area for little kids; water looked like it was less than 2 feet deep. Fun buildings to climb and plenty of splashing and water falls in that area. My kids played in there for hours. There is the large slide that wraps outside the building and back inside. You have to go down on a tube and the tube has to be either a single for one person or a double if two people want to go down together. It is an enclosed slide, so it gets pitch black in there. Very thrilling and fun! My son, 8 years old, loved this one the most! You come out at the end in a little pool area, where a lifeguard is in there waiting to push you into the connecting lazy river. We all loved the lazy river! There are areas on the lazy river that hit you with water from above! Its awesome! Theres even a hot tub behind the lazy river. Then, theres the slide that wraps around in loops several times, and that one is a slow one. Not super fast, but still fun to go down on. That one you dont use a tube at all. My little girl and I went down that slide more than a dozen times! Right next to that one is the super fast, green slide of terror, as I call it! You dont use a tube on that one either. Its not for everyone! It feels like you freefall for several feet before making a huge splash at the end. I went down once; once was enough for me! Theres a pool area with several basketballs floating in the water and I saw two hoops outside the pool, right on the edge. Right next to that there is a fun area with giant, floating lily pads and a rope net hanging above, for children to balance and jump across. We then ate a large pizza with Gatorade. I noticed that they do serve beer,so bonus on that for next time! My kids and I loved this place. I spent only $24 to get into this place with my kids. We spent 5.5 hours there that day and had a blast! I ordered the largest pizza they had and their prize was $17.99. Pizza was delicious! I want to mention that for $24, my kiddos and I played for 5.5 hours in a very clean indoor water park with fun slides, fun play areas, food and drinks, nice seating areas, free towels to dry with, I saw 5 to 6 lifeguards constantly walking and checking their assigned areas. They seemed to be on a rotation schedule. After so many minutes they would all rotate among the different sections of the park. It was nice to see that they staffed the park with lifeguards all around. They have a small gift shop, also. Overall, it was a great day at Chaos Water Park! My kiddos and I had fun, got exercise, ate yummy pizza, and then it was home to crash into bed! What a great day it was and my kiddos cant wait to go again!

I honestly would give it no stars but thats not an option. Where should we start. The water was so dirty it was cloudy white. The water slides were so dirty there was hair in all the drains and they were so dirty on the sides, like buildup. The floors were recently repainted but it was a horrible choice of paint. People were slipping left and right. I saw countless adults slipping while walking, kids every few seconds falling. Two of them flat on their back next to me. Also my own son almost fell about 5 times holding my hand till right before we left he fell flat on his back and smacked his head on the cement. Surprising they had ice packs left. The locker rooms I cant even describe well enough how filthy they were. There were dirty towels everywhere on the floor, the clean towel racks had nothing but used towels on it from when we first got there till we changed to leave. My wife says the womens restroom was dirty as well for the same reasons including used feminine products on the floor the entire day! No one has checked or cleaned for at least 3 hours. The length of time we were there. From what I can tell there wasnt nearly enough staff to keep up with the amount of people in the building. They either need to hire more workers or have a limit on the number of people allowed in the park. I guess that one star can be good for the food in the Action City part of the resort. Needless to say we got our money back when we left.

I was very disappointed in my experience at this water park. I went in with my 3year old daughter, who is crazy adventurous and loves water slides, but when we went up the stairs the first time, we were told the only slide we could go on was the Hurricane if I got a tube. Back down the stairs to get a tube, and up again (all with 3yo in tow) and then she tell me I have the wrong tube and need to get a double. Down again and get another tube, then when we went back up a new girl was there and said we werent allowed on the slide at all! We were able to go on the lazy river, but that was it. Everything else was either too downsized (something for infants) or she wasnt allowed on. I spent almost $20 for an hour of wondering why I spent so much for so little. Huge disappointment.

Visited the park recently from South Africa with 5 other family members. The park itself was very nice. We purchase the full package, but big was our disapointment when we swiped the card a few times it did not allow us any more game playing anymore. And no pizza or soda incuded as advertised! Aparently the vard were loaded incorrect!!For that amount of rates one would expect a bit more than just the few games we used. My sons ray ban singlasses was left behind we phoned to report them but no response back. Many thank to some of the helpfull staff that has been there.

My son had a wonderful time in the waterpark. Downside of the waterpark, some areas have a nice temp and some areas are far too cold for young children. This hotel is far closer than the Dells and far less expensive. The continental breakfast is a joke. Fruit cups, yogurt and a variety of toast, bagels and some stale cereal. Quite lacking. Its almost like they want to force you to purchase a breakfast at their small restaurant/bar. We will definitely return though. It was a nice weekend getaway during the long winter months. 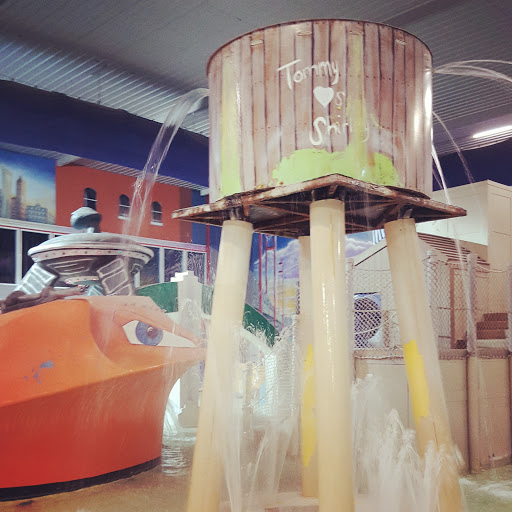 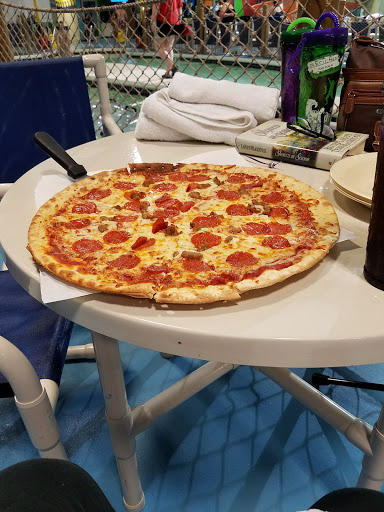 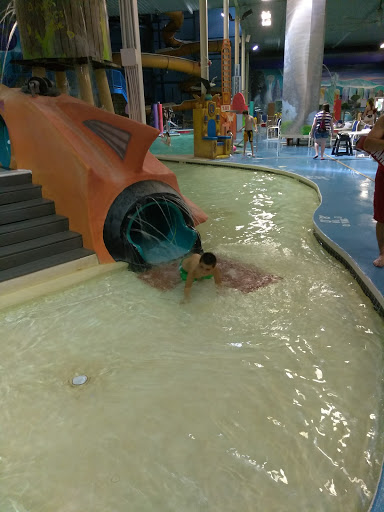 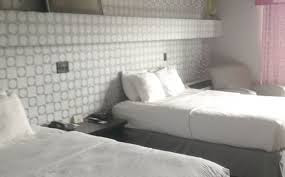 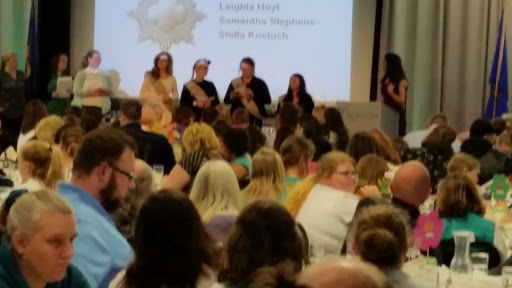 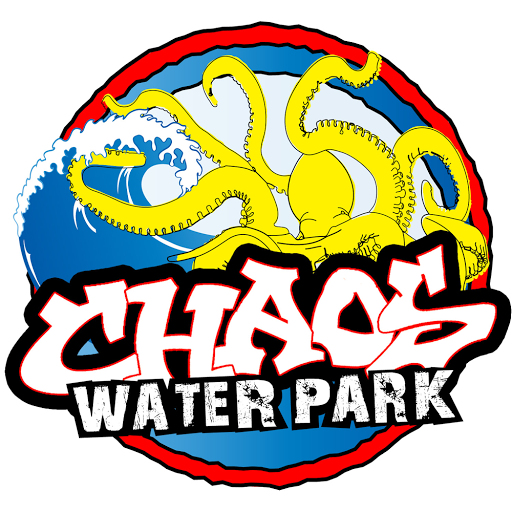 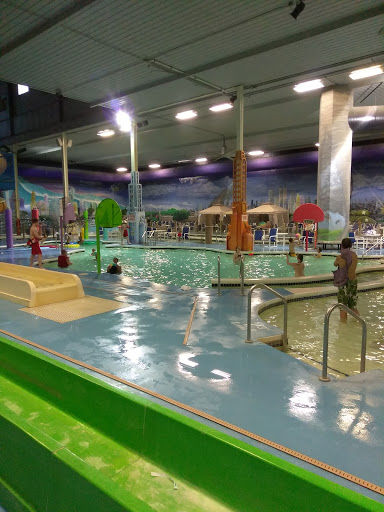 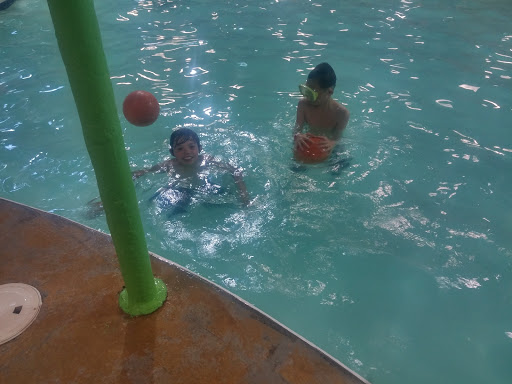 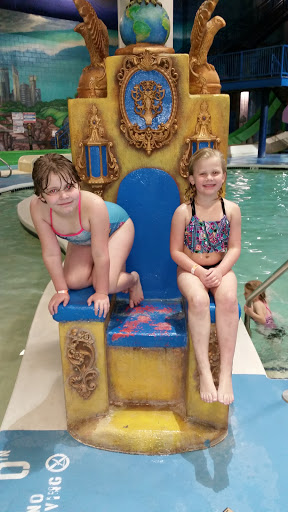 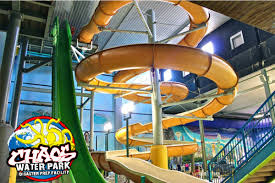 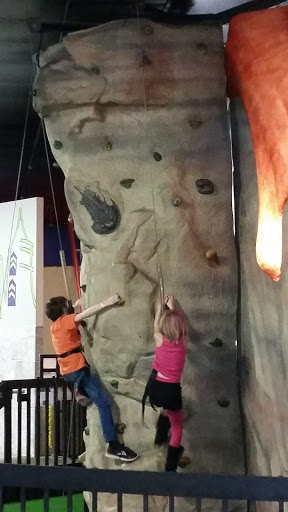 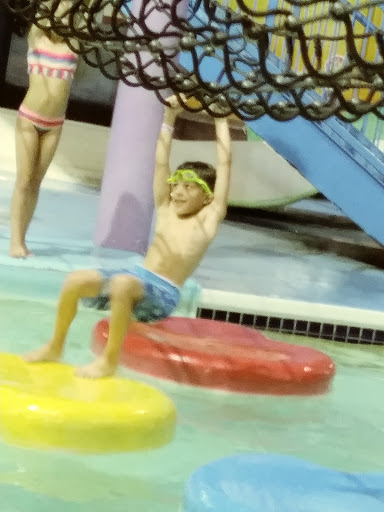 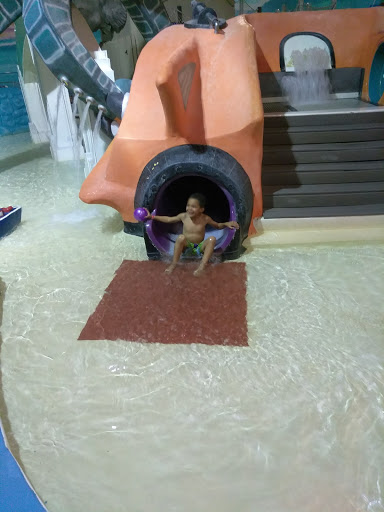