I am so happy we didnt have to pay for our tickets . My mom got some discount tickets and gave them to me. My fiance and I decided to take our toddler there for a day of fun. If it wasnt for my daughter being so excited to go, we would have turned around as soon as we entered the parking lot. Parking cost $8....cash only. We drove around the crowded parking lot for 40 minutes. Finally, some patrons left wich gave us a parking space. They sold us parking and there were NO PARKING spaces. I dont even think they keep track of it. We decided to start off in Splash World. The locker area is uncovered and crowded. Staff was not friendly at all. Every last one of them looked like they hated their job and everyone around. I wanted to turn around because as soon as we entered the water park, it smelled like hot urine. I was scared to get in the water. As we waited in line for the lazy river, the smell of urine seemed to get stronger the closer we got to the water. I really wanted to leave, (thinking back, I should have) but, again, it was the last weekend of the summer and my daughter was really excited. So I had to grin and bear it. The water was dirty. It had particles and bugs; some of them still alive and thriving in the water. The smell of urine and bugs living in the water tells me they do not use enough chlorine. The park is not totally at fault here. The patrons are too nasty and lazy to use the bathroom. The train ride was ok. The kiddie area is covered. That seemed ok as well. A lot of the rides seemed dated. We didnt even bother with the other rides, because the wait wasnt worth the 30 second ride. At least my 2 year old had fun. The park is old and historic. It still has potential. It is not a bad place. Its a great place for people to go and enjoy the summer. It needs another clean up and the rides should be upgraded. Its the large crowd and patrons that make this place undesirable. I would not go back, but I agree it is affordable and relatively close no matter where you are in the phila/nj region. Personally, unless this place is sterilized, I will not be returning.

Save your money and go somewhere else. I used to go there as a kid and my family would spend all day there and not be bored. Not anymore. I went with my SO and 8 yo. We stayed about 2.5 hours and that was with going on rides multiple times. There are no rides. I guess they took them all out for the water park. I mean really how are you going to have an amusement park without a Scrambler, Tilt-a-whirl, Himalayan, or whip? Now I did not go to the water park so I cant speak about that, but it did have 2 slides, a lazy river, wave pool, and a kiddie area. People seemed to be enjoying it. The rest of the park had maybe 15 rides, not all of which were working. We got there at opening time and the train didnt run until an hour later because the operator needed to wait for supervisor sign off. Apparently this isnt something that is done before the park opens. The Ferris Wheel started running as we were leaving the park almost 3 hours after opening. There was a kiddie area with 5 rides, a bounce house, and a play area. There were 2 operators for the whole section. One of the operators stayed with the play area and the other one had to bounce around from ride to ride meaning your kid had to wait until there was no one at ride A so the operator could go to ride B and run that. Good thing 3 of those rides werent working or at least the lights werent on. Outside the kiddie area was another 2 rides (balloons and flying kites), that was also being run by one operator. Other than that there were 6 rides; wooden coaster, log flume, pirate ship, swings, carousel, and the ring of fire. Some of the employees were nice enough, but most were more preoccupied with talking to each other. One of the ride start ups was delayed a few minutes over a hair tie conversation and how the woman shouldnt cut her hair off just because its hot since it looks so good, although it would look better if it was curled. Half of the games were closed and overall the park has a dilapidated look. It has clearly seen better days and I wouldnt go back if it was free.

Clementon Park is really 2 parks: the amusement park and Splash World. They are vastly different. The amusement park is a wreck. With only one or two exceptions, the rides are old, dilapidated and lame, there are not many rides at all (maybe 10 rides total plus a small area with 7 kiddie rides) and the entire park is run-down. The rides and park are not kept nice...paint is peeling everywhere, everything looks worn out and faded, old disassembled rides and parts are strewn in areas within sight of the operating rides (for example from the train ride) and every time I go there, one of the only 2 big rides is closed (the rollercoaster or the log flume). The ride attendants are miserable and in most cases, unfriendly. The park is a depressing place, especially when I think of what it used to be like when I was a kid and how it has degraded over the years. I would not recommend going to Clementon Park for the amusement rides. The water park, on the other hand, is very nice - modern, well-kept, fun rides, plenty of variety of rides for all ages from very young children to adults. If you really enjoy water parks, you could spend almost an entire day at Splash World and feel you got a decent deal. The kiddie area is particularly nice and fun. The park charges $8 for parking on a week day (I think the rates are higher on the weekend) which is ridiculous for such a low-quality park, but you can find free parking on the residential streets across from the park. You will have to walk a couple blocks but its worth it. I take my young nieces and nephew to this park once a year because its a good deal (esp. with discount coupons) but its only a good deal because the water park is so nice. I would never go there just for the amusement park because frankly, it sucks.

We really enjoyed the park overall, especially the buy one get one free promotion online. We were very disappointed that the family tube ride was not working, and the big roller coaster. My 8 year old son and I both played the basketball game by the pretzel stand spending $20 which consists of 3 shots for $5,. The sign states "ANY one shot wins ANY prize". Come to find out after we won, that was not true. The lady told us to pick a ball on the bottom, none of the real good balls. We played to win the Lakers ball, but was told they are display, and they cant move them. But when the supervisor came she said the same thing..plus she said they were out of a lot of the balls on display. My question was, why didnt the lady tell us before she took our money? My son was so disappointed. But I took the higher road, and wanted to make it a positive experience for him. So I submitted a complaint to guest services can waiting to hear back. Update- I received a call from Margie at guest services shortly after I sent a complaint in the mail. Margie was eager to listen to my displeasure and resolved the issue right away. Margie even sent my son his favorite basketball via mail since she really wanted to give us a better experience than what we encountered at the Park. I was very impressed with Margies customer service skills, and the fact that she was very genuine and appreciative of me letting her know what happened during our visit. I will definitely be back to the Park, thanks to Margie. She even called to follow up with me, she is amazing!! 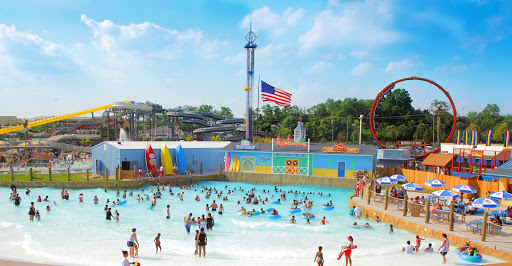 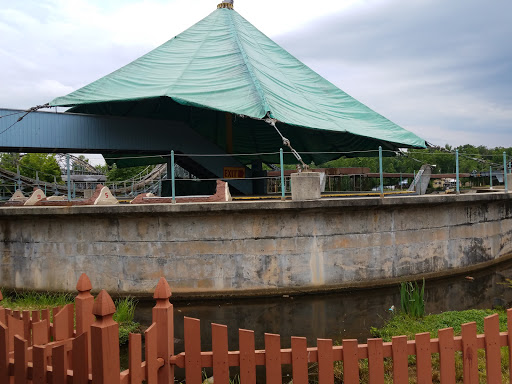 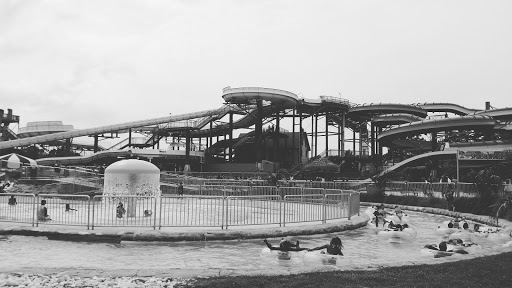 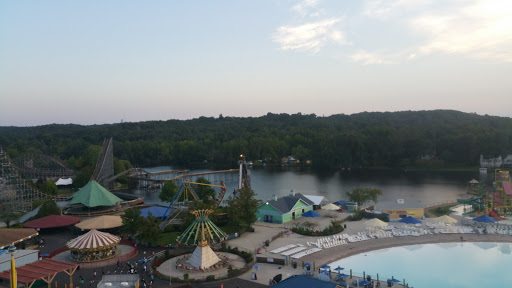 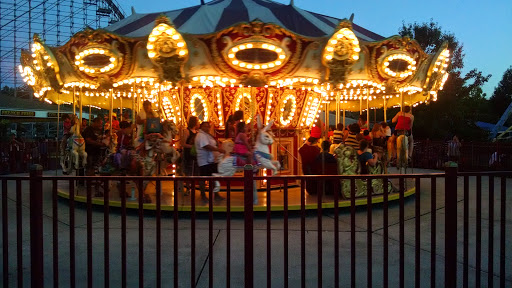 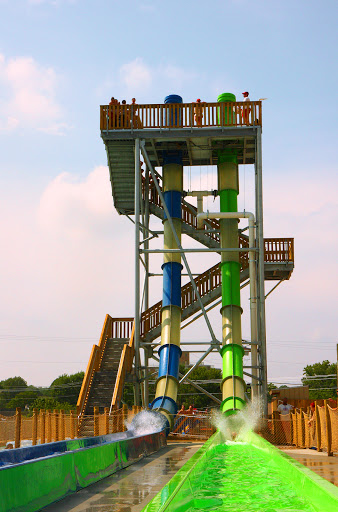 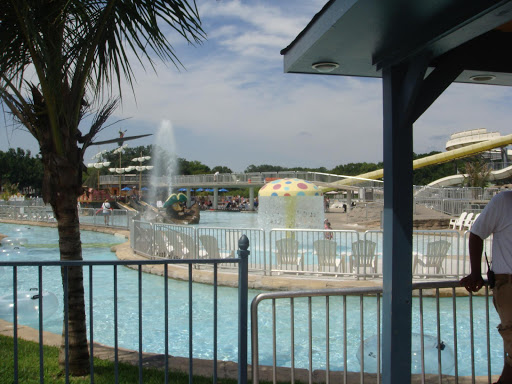 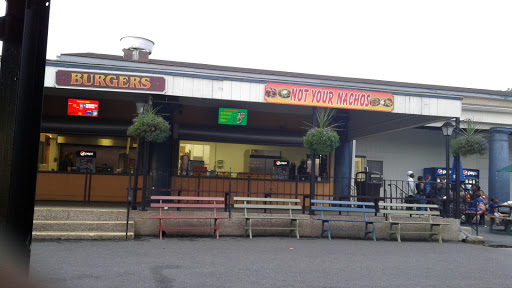 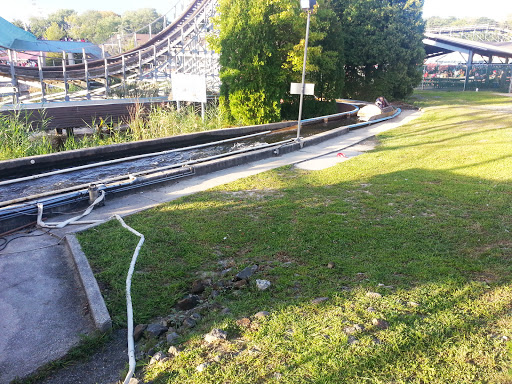 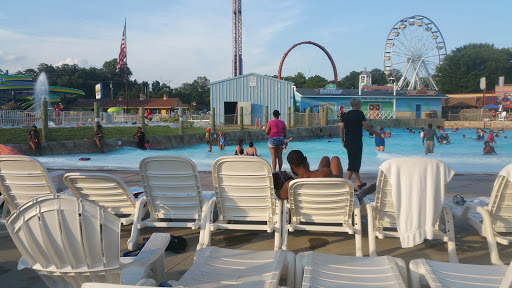 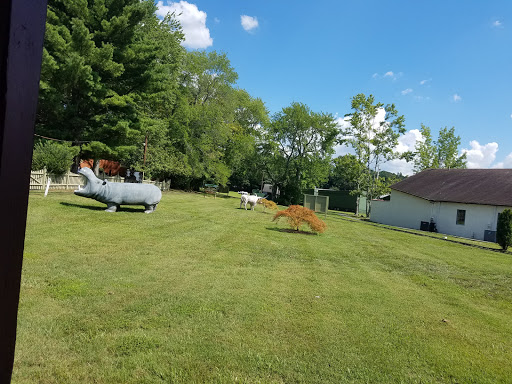 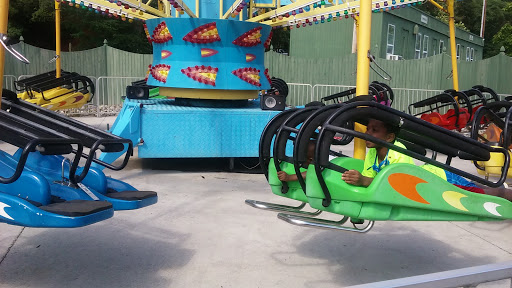 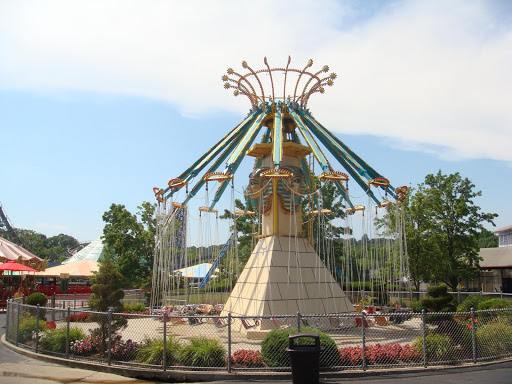 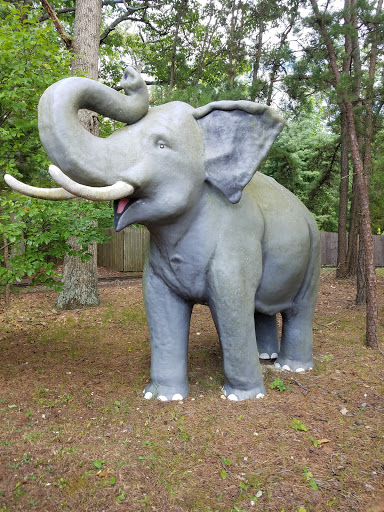 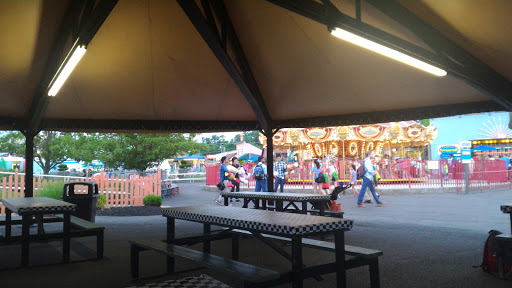 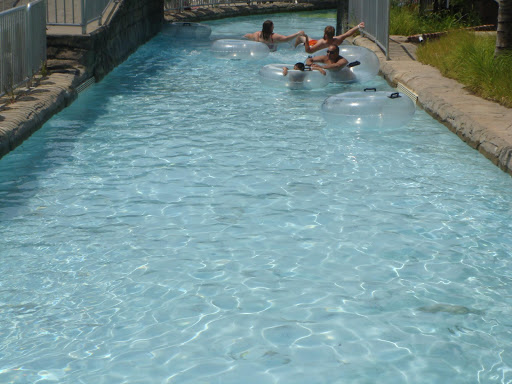