5 Stars...... I will explain. When i first got there and realized some of the rules I would have rated it a 2 BUT then i met the people who mange the place and spoke to what I would consider the "Locals" who are there often. When we first got there it was hard to get in, the place is tight, there are rules like no fires after 11:30, no Golf Carts on road after 11, etc... We had about 15 people between 3 campers and my camper was the meeting place and sometimes till 1,2,3,4 am.... We were on vacation! We are also an average age of 34, didnt have our kids which there are many of so it was let loose time. We got some complaints and they were deserved. They called me into the office to talk. (I was the lucky guy to speak for all the noise my crew created...) but! This is where the 5 stars come in. The Owner, The Manger and the office manager were honestly amazing, understanding, considerate and just very cool! After we spoke about any complaints and issues i mentioned my discomfort with 1 employee who works there and was a little too intense in speaking to me about the noise and they immedialtey handled this. After leaving my meeting with them, they offered to have me go find a site on their campground which I would like to use for the 4th of July which they would discount. These guys get 5 starts from me and as a Small Business Owner of a Digital Marketing Company they won me over. The place is nice, many things for kids to do, we took full advantage of Cape May, Whale Watching, Fishing, Dolphins, Etc. Overall.... Rocky start, great finish and these guys are good in my book!

Take the extreme 1 star to 5 stars with a grain of salt. HS had been our familys Cape May destination for 12 years. We come here at least twice a year, summer and fall. Their Halloween is done really well. Yes they cater to the Canadians during summer. Everyone in Cape may does. No big deal.... The campground continually makes improvements every year. Small ones that noticeably make a difference overall including the pool, camp store, roads, dog park, cabins & sites. To a fault, they do try to squeeze large rvs into spots that they shouldnt. Some spots are definitely too close to one another. Some crowds that come in are rowdy. But this is everywhere. They do a pretty good job at crowd control. But by 11, if your not wiped out, theres nothing keeping you from having a small fire going, I always do. But its not a party destination so dont expect to have a raging bon fire after 11. The seasonals that do usually get shut down as well, just takes them longer. The staff is usually very nice and accommodating. The times when theyre not is usually in response to a guest not being very nice. Not that it makes it right, but I understand it. This weekend, Im in the tightest spot Ive ever had. I now know not to take this one again. But Im not here long enough to care either. Going to the beach now.......

First off.. the trip was our first camping experience as a family. We got a 5th wheel this spring and Holly Shores was our first campground experience. The price was more than I expected, but not out of line with what I found with other campgrounds. The lot size was bigger than I expected. While not huge, I was not worried that I would have a problem backing in my 35" 5th wheel in or that my slides would hit something. Everything worked fine, cable, water, electric etc. They had many activities for the kids and adults. The store onsite was not too out of line with their prices. I had to buy a few things and maybe spent 5 bucks more than wally world, about a mile away. They staff, while some where new, it was their opening weekend, were happy and helpful. If they did not know something, they would call the guy or gal who could help me. I read the bad reviews here and do not understand them. Maybe I expected the worst and hoped for the best and we got the best... My wife loved the place and she is very picky about things. We plan to come back as soon as we can...

Stayed here for one night and one night only. The place sucks. Its not camping at all. If you want to go and stay in a cabin then perfect. The space we had didnt have an once of shade. It was so hot it was unbearable. The space was paved too which made it worse, like camping on the turnpike. The sites are tiny, everyone is squished together. You have to pay for the shower, meanwhile the water smells horrible. I think its gray water it literally smells worse than the water in mexico.once its on you hood luck washing the smell off. You can even smell it on the pool past the chlorine smell.i will never return. In the hospitality business you must always ask yourself if this is a product that you feel comfortable paying for yourself. If you dont then dont sell it. And I can say for a fact the camp site that we payed for should not be sold. The fact that the owner feels comfortable charging people for it shows he has zero understanding of the business nor cares about you as a guest. Embarrassing

Holly shores is absolutely awful! The people who run it are rude and will scam you out of your money, under no circumstances will you receive a refund, have to leave early due to illness or emergency? NO REFUNDS! The campsites are on top of one another so you can hear the person in the next tent breath. Well thats only if you get a break from the traffic. Did I mention that while camping in your tent you get to listen to main road traffic, Including but not limited to chain rattling semi trucks, bored out harley davidson motorcycles and modified cars with extra loud exhausts. Enjoy trying to sleep at all. We tried to get a new site, the one they had opened to us was right next to residential housing and also on top of the road. There is no exaggeration when I say the road is 25 feet away from where you will lay your head. They over charge by 150 dollars more than the other sites in the area just to have you lay awake listening to the over night traffic. DO NOT PAY TO STAY AT THIS DUMP!!! 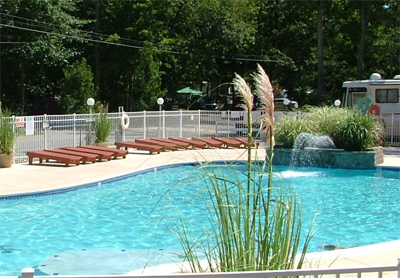 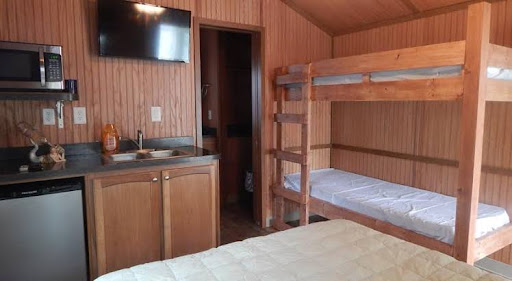 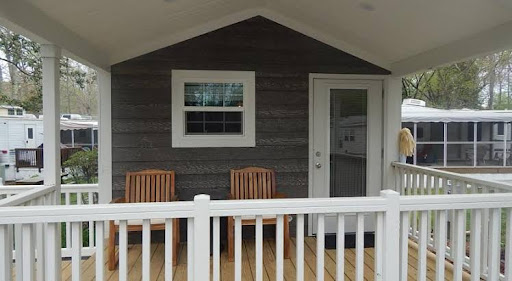 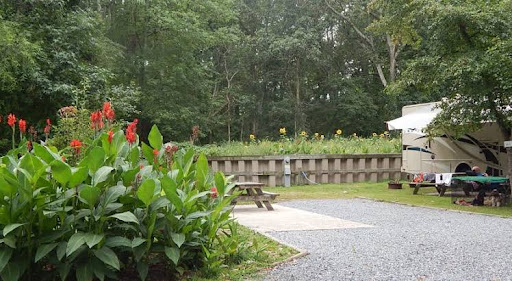 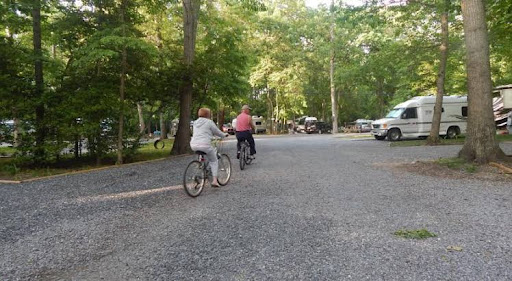