The water park itself is great. Plenty of stuff for all ages to be entertained for hours. As for the reviewer who complained about "poor customer service" I say, "...Really??" First of all, I go to a water park to have fun. I dont really care if the slide attendant asks me if I had a delightful time on the water slide and if I need directions to the nearest wave pool and offer me a mint. The "Customer service" is everything it should be for a water park. This isnt a commission-based furniture sales store. Its a water park. ...Sorry, back to the review... They have a big wave pool, lazy river, lots of water slides, and a couple of them that are "High adventure" enough to at the very least give 95% of people butterflies in their stomach. They have a couple of little-kid areas and some for a little-bit-bigger kid areas. Their food prices are outrageous. You better expect that at this sort of establishment though. Parking prices are also ridiculous. I do think its absurd to charge people twice for admission to the park. Its just another hidden way to stick it to you. I do loathe companies that nickel-and-dime you to death. With that said, the Pass of all passes is a great deal if you wait for the off-season discounts and buy an annual pass. An all-day pass is $25. Ive seen the passes go for less than that for a year-long pass. Be smart: Buy in the winter time on a discount My biggest complaint with them: Time to fix the "changing room" already. Really -- nobody wants to see that. After talking with my wife about it for the womens facilities, heres what youre getting: The layouts sound similar for the men and womens changing room. A restroom with another room off the side thats a little smaller than my living room. Benches make a square in the room. There are 5 toilet stalls along the side with doors. For the women: No adult uses the benches. Everyone apparently escapes to the stalls where there may or may not be a hook on the door to hang something on. They have to try to change their clothes in a 3-foot square space and not touch the toilet or stand on the ground with bare feet. Theres nowhere to place anything besides the one hook which may or may not be there, or the toilet, which in reality is not (should not) be an option. The benches are used to change little kids. Oh, and if you have kids, that just complicates it further. This practice of avoiding group nudity (unlike the men) probably stems from whatever reason keeps the girls showers in high school apparently un-used after gym class. And really, at least the women do have a more acute (and appropriate) aversion to the idea group nudity than the men do. For the men: Same set-up as the womens facilities (again, judging from my wifes description...). The difference here is that youll walk in the room of benches and likely see a few naked butts and otherwise. While the men are apparently not as averse to group nudity, Im guessing that 98% of them still would really rather not. And its the other 2% that worry me too. How about this brilliant idea: Stalls. Meant for changing clothes. Bigger than 3 x 3 of usable space, or at least no toilet to have to avoid. A shelf. A bench. A couple of hooks. And a door so 10 year old grandson doesnt have to be traumatized by dad and grandpa dropping their drawers. Yes, yes, I know that for some reason this is common practice for changing rooms. I for one dont care to see room full of awkward ugly naked people as part of the water-park tradition though.

They are greedy! Pay for parking, cant take in your own food, so we had to throw away the snacks we brought to eat, and got their hamburgers, and I got food poisoning from it, I was so sick!! Everything is so over charged. Even for a small soda thats 12oz. is over $3.00. I couldnt pick up my child to put them on the ropes where you go across the lily pads, cuz if they cant reach theirself than they cant do it. In the wave pool if the waves are going too far over the kids heads and need to keep their head above water for a min. they get in trouble for grabbing the metal bars on the side (which is what I thought they were there for) if you buy tubes and you set them with your stuff and you leave them to go to the bathroom or get a drink and food, and they get stolen, they wont give you another one, even though you paid for it. Youre just screwed. Depending on the lifeguard your child who barely reaches the 48 inch rule to go down the slide even with an adult they wont let your kid go down. The last time we went will definitely be the last time. One of the male lifeguards talked to my daughter so rudely cuz she jumped to reach the rope for the lily pads, and made it all the was across with no problems and he told her she cant do it again because she had to jump to reach the ropes!! They also accused my daughter and son of lying about their age to get in the hot tub. You have to be 6 and she is 11 and my son is 8 and because she is so tiny they accused her of lying and accused my son of lying, and the same lifeguard that said she could get in the first time said she cant get in again because she didnt believe my kids were of age (even though I told them thats how old they are, and was there with them) they still said they couldnt get back in... Worst lifeguards with their power whistle, and most disgusting food Ive ever eaten!!!!! NEVER AGAIN!! The park is dirty, the restrooms are gross, and the lifeguards think theyre God!!!!

*Edit* (changed to 1) Came back a year later for another company thing. This year they didnt allow us to order catering, and instead gave us vouchers. Unfortunately, the vouchers couldnt be used till 4, despite the fact we previously catered for lunch. (6th time Ive come here, third time with our company). Pretty s***** service overall too, and they should lose their food licensing for unsanitary conditions (saw their grease trap, and an employee picking their nose). Go somewhere else for your company and family hang outs. This place is subpar at best, and literally full of s*** at the worst. Everything is always closed or barely functional; employees leave much to be desired; equipment will kill someone eventually; the only "rides" that routinely work are the mediocre wave pool and lazy river; the food is meh; the food is unsanitary; catering is no longer allowed (for outside groups); employees shouldnt be allowed near anything thats consumed; half the time we couldnt do anything, and for a while we couldnt eat either; and this place is piss poor for anyone above the age of 10. Dont waste your time, go somewhere else! Original Rating: (3) Its on the smaller side but I enjoyed it. Kinda pricey for the size of the park and the food is expensive for its quality but its a heaven send on hot summer days. I had fun here but they need to do a better job at maintenance. While we were there they reopened a ride that was closed. Almost immediately one of the employees almost was sent falling to her death but she was saved by her oversized harness. She was too small for it and she couldve died but I suspect that management probably ignored it. She seemed scared, possibly traumatized for life but they forced her to keep working anyways (and with the harness that was too big for her). It definitely hurt my interest in coming back since they seemed to be so callous. 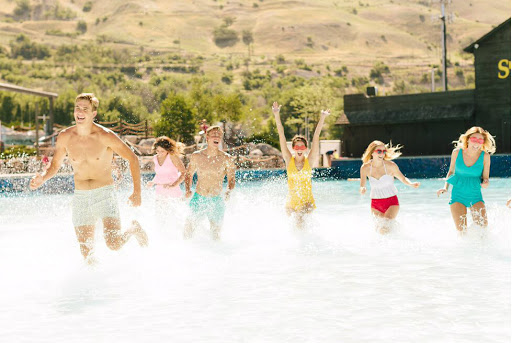 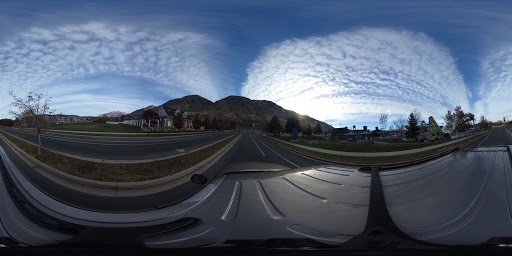 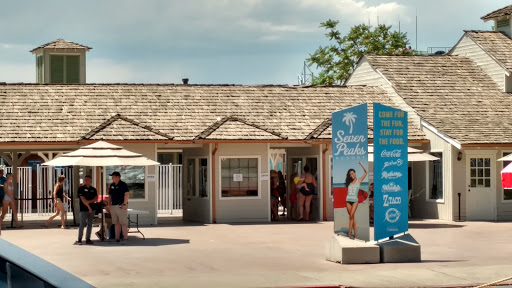 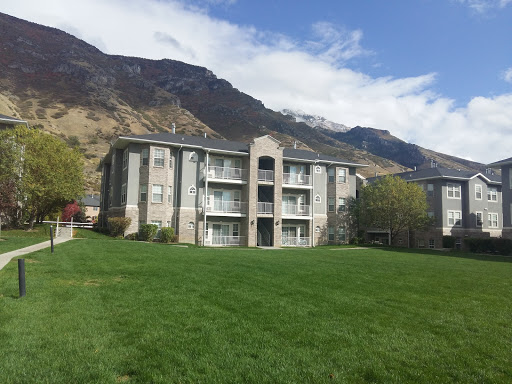 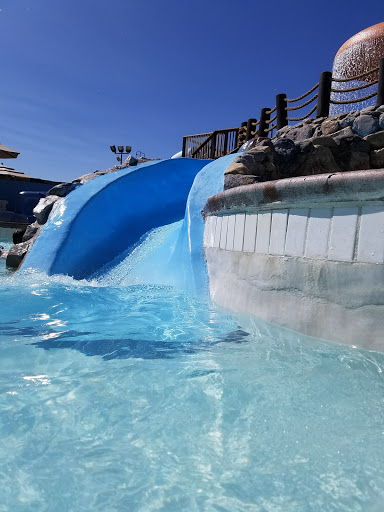 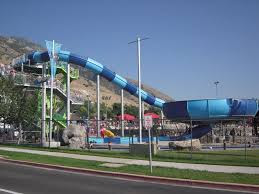 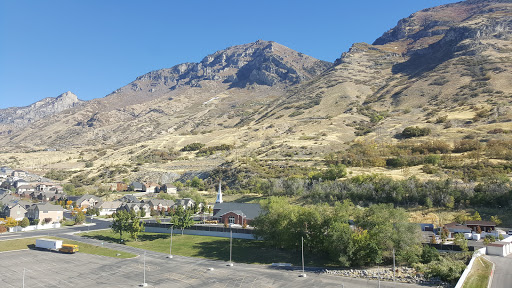 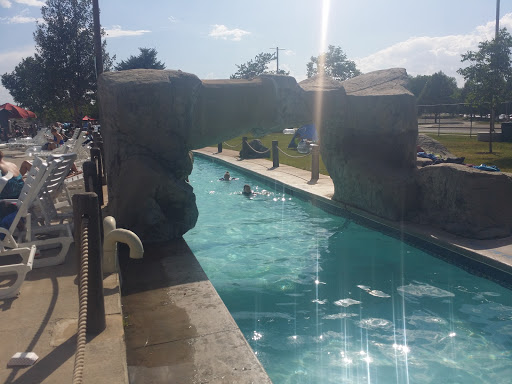 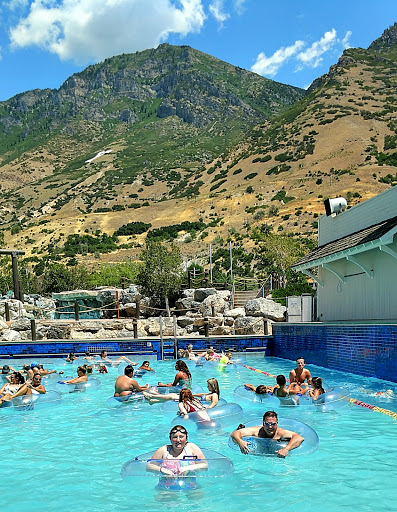 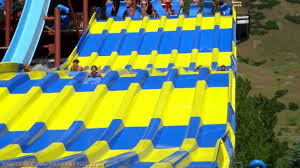 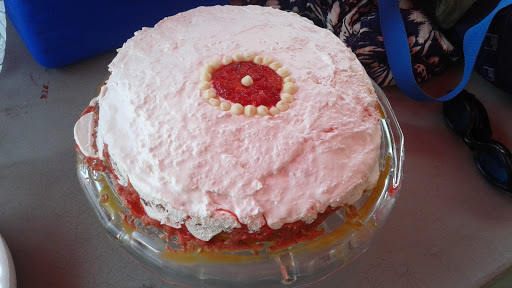 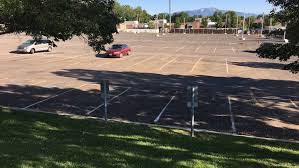 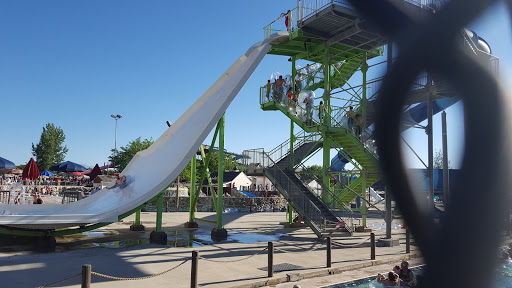 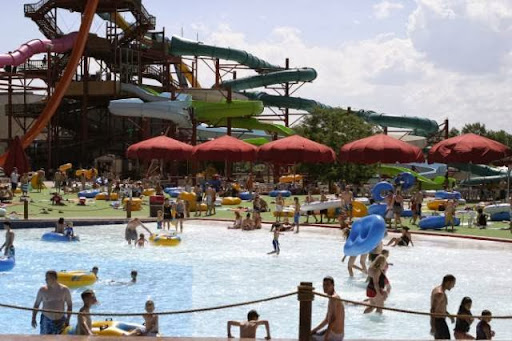 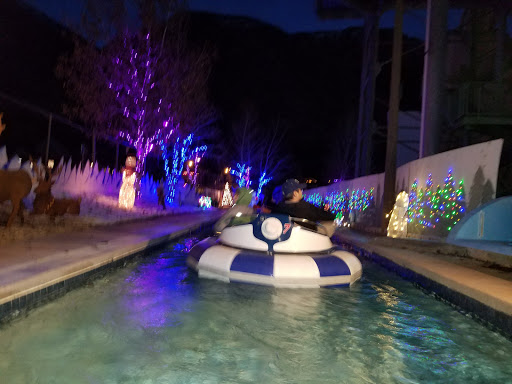 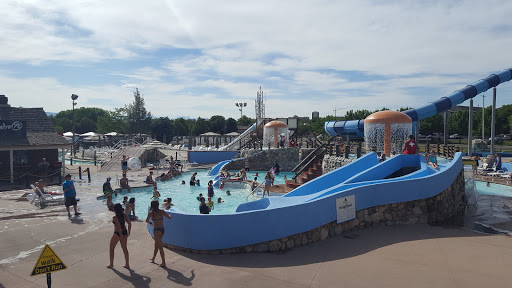