Fortunately, we purchased a Groupon for a pass for all pyramids and the Festival of Lights or I would have been very disappointed to pay the full fare for this experience. We had two relatives in for the Thanksgiving weekend and wanted to do something fun with them. Its clear that these are more tourist attraction that serious, high quality museums. The Aquarium is the best of the three pyramids. However, the signage was poorly lit in the aquarium - I had to use the flashlight app on my phone to read many of the signs. The seals and penguins were the best of the exhibits here. In some of the small sidewall exhibits, the signs were not at the proper location and on a few, the species in the exhibit were not identified. The faux "Im thankful" signs written by the fish and animals detracted from the viewing. The Rain Forest also had poor signage - especially in the Cloud Forest area. The frosted glass "clouds" had rapidly changing lights (on/off), yet much of the signage was located on the cloud panels. You had to wait for two or three "on" cycles to read the signage. Then, in many of the cases, the lighting was back lit, but the signage was in front of the light and not translucent. The best part of the main rain forest was the birds. The primates were not around. If you want to see a well designed and much more fully featured rain forest, visit the Henry Doorly Zoo in Omaha. They have three time the species represented and the space is much less cramped. Dont waste your time on the Interactive Pyramid. The current offering is on music and most of the individual stations involve listening. However, the space is small and the acoustics too live to appreciate much of anything when the place is full of kids. Many of the items in the exhibit are not working properly - most of the keys on the large foot piano (think of the movie BIG) dont work. On two other exhibits, the wooden keys and the metal pipes are so poorly tuned (improperly made) that anyone with a rudimentary music background would wince. The organ pipe display doesnt have enough venting in the pipe box to let you hear the pipe when you pump the air - even if the room wasnt raucous with kids. The space is also way too small for the number of stations in this offering. It needs to be closed and seriously repaired. We breezed through this pyramid and wondered where the rest of it was...but that WAS it. Dont waste you time with the RideFilm at the Interactive Pyramid. We went because it was included in our Groupon. Otherwise, they want $6 for a 10 minute film where your seats move to give you the impression that you are moving with the movie. However, the projector just over your head is very noisy. While the music is plenty loud, the spoken words by the characters were too soft to be understood. Penguins in search of a Plot, but it is short - much less time than standing in line since only 18 people at a time fit in the theater and only one of the three theaters was in use. The Festival of Lights was enjoyable, but dont understand why they have to have lighted ads for sponsors when they are charging for this. The ads detract from the experience. In some places, the overhead lights were on detracting from the light festival. It was a nice day, but weve "been there, done that". I dont feel the need to go back.

The attractions are wonderful, sadly, the staff has reached a new low. Those folks at the ticket counter are rude, lack the knowledge about the events, and have no clue about customer service. When I asked to speak with the manager, it was clear why the front desk staff had no skills, she was the epitome of rude and should be kept behind the scenes. The girl in the gift shop was more clueless than the front desk, we were in getting souvenirs and asked her two direct questions 1) How often do they feed the otters; 2) What are the otters names? She knew the answer to neither question. Seems like the entire staff if being run by idiots. How sad that the tourists to our island are exposed to this type of lack of caring. We are in the tourist business, rely on the tourists for our very livelihood, and should step up our game. Get with the program Moody Gardens, summer is right around the corner and we should have our impress you face on!!!!

The aquarium is located on the grounds of Moody Gardens which is a HUGE complex and resort. The directions to the parking area was not very clear and once we did get parked we waited 15 minutes for a shuttle to the main entrance with about 50 other people. When the shuttle did not arrive, we decided to walk to the entrance. It took us another 15 minutes to walk about a mile to the entrance. I am not sure the shuttle ever came for the other people. Once inside the aquarium, we found out from some confused workers that even though we thought we paid for the aquarium and IMAX tickets...there was no IMAX in the aquarium. The aquarium itself was unique in its three tier structure, but the exhibits were not. We were disappointed and as we left, we still had to walk all the way back to the our car in the parking lot (still no shuttle).

Over Priced first off! And you can tell that that are not maintaining this place very well. You would think with time places like this will improve or add on more attractions but no. When it was 1st made it was promising but now that Ive been here again over there years, I can see it the losing hope. This place is okay but mostly has wasted space. Theres alot of walls and opened areas which I think this company could have expanded the aquariums a little more for the sea life being so crapped in, especially the sea turtles. Im sure they could afford it with all the money they make. Also WAAAAAAAAAAAY over priced for what its worth. To do everything in the aquarium takes 15 to 20 mins to walk through, man alot of missing fish or glass to dirty to see whats inside. SERIOUSLY very over priced for whats its worth.

This is a very good attraction overall (we visited the Aquarium, Rain forest, 3d and 4d movies, "ride movie", and paddle wheel boat with an all inclusive pass). However, the price seemed too high for just a day of these attractions. If you can get a significant discount, definitely plan to visit. A few areas seemed to be in need of a little more TLC / maintenance, but the kids really enjoyed everything - especially the Aquarium and Rain Forest. The Aquarium is slightly confusing (easy to miss areas). Try to find a map of it if possible.

Very strange layout, with long sloping hallways that loop untimely back on themselves. Could have used a map for my first visit. Next time (should I find myself in Galveston), Ill be able to plan my path more efficiently. Exhibits were nice. Its been a few years, but I have a lot of fond memories of the Baltimore aquarium, and the Aquarium Pyramid just didnt quit match up. All in all, my family and I enjoyed it, but we arent planing a special trip to go back. 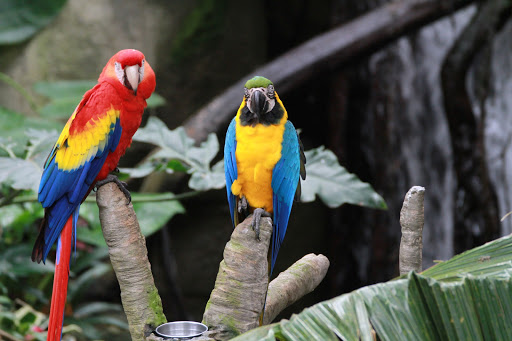 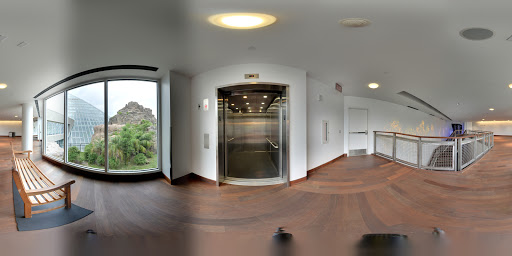 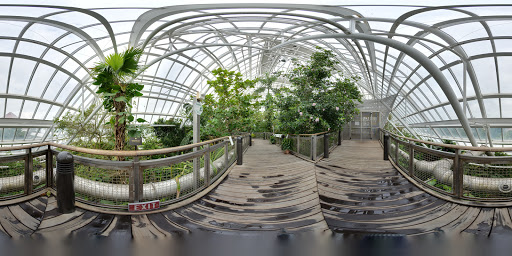 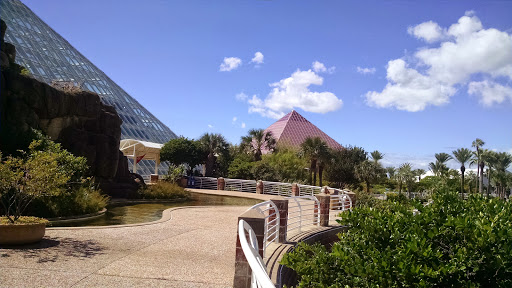 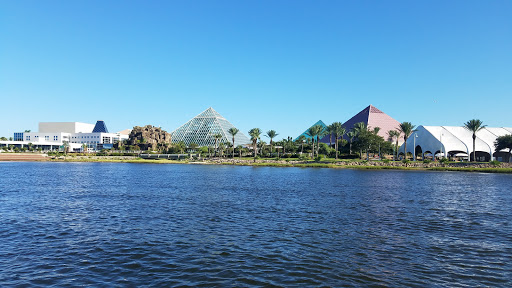 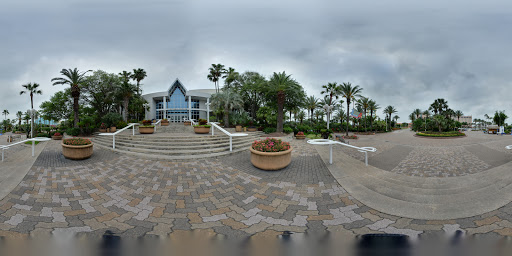 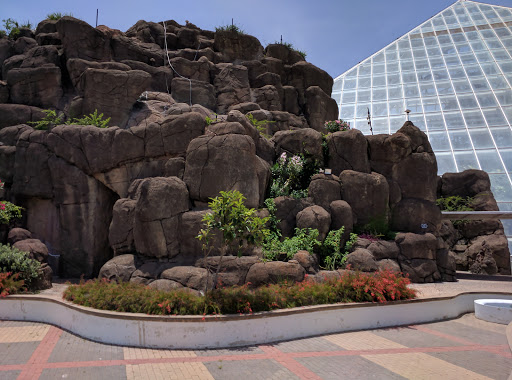 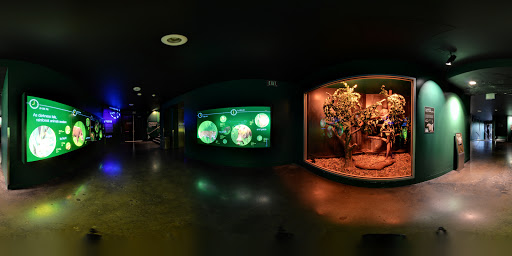 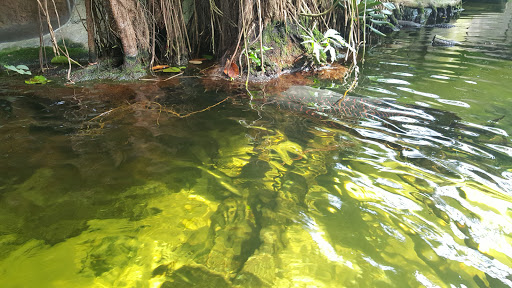 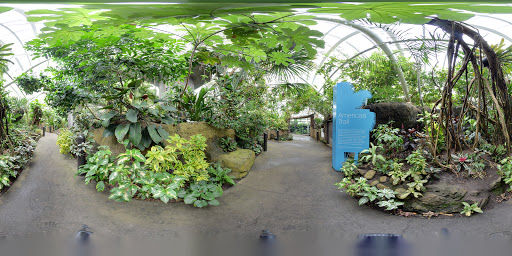 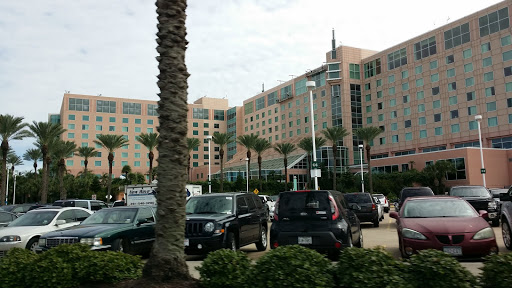 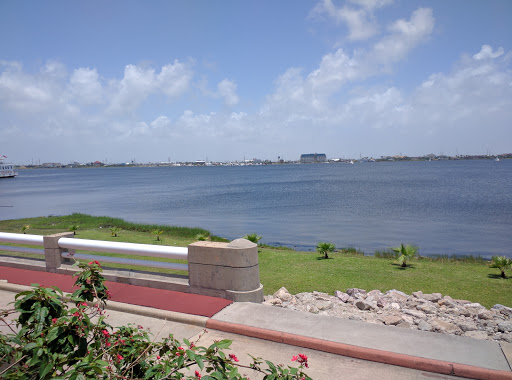 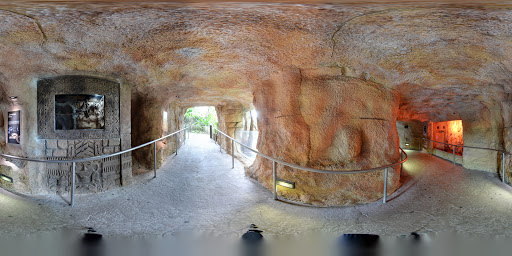 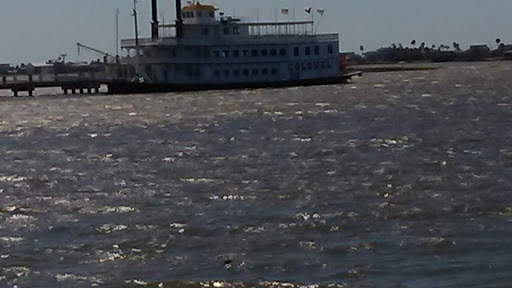 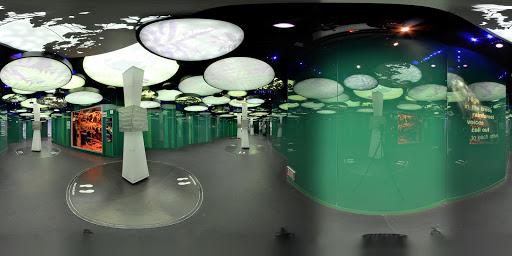 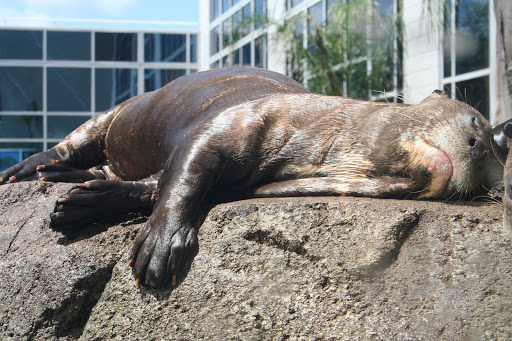 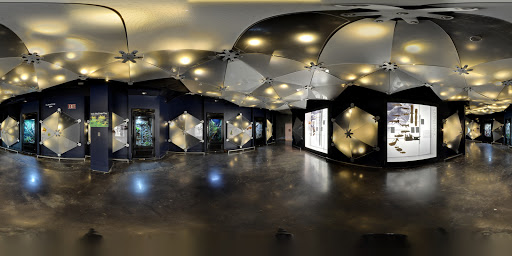 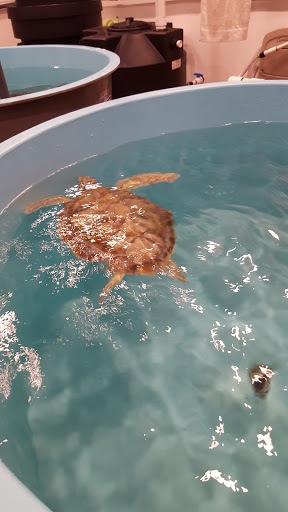