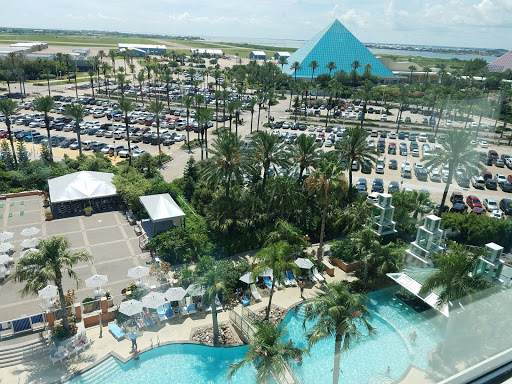 Absolutely love Moody Gardens ♡ My fiance and I went this past weekend, the only downside was the aquarium was being renovated, so it was closed. It will reopen May 27th 2017. We will definitely be going back. We did the Rainforest Pyramid, butterfly exhibit, colonel boat, and the ropes course. We bought a package deal for $120 and for $30 More we could upgrade to a 1 year membership. Not bad if you ask me! Breakdown on each pyramid! Rainforest: humid, sticky and hot climate, so dont be like me and wear makeup girls, unless you have some awesome makeup! Lol oh and jeans and a light shirt. If I could have changed I would, wear something light and comfortable. But you wear what makes you feel comfortable! Anyway! The Pyramid is really cool! You walk through the doors and its dark and cool, youll see some frogs, snakes, bats, a giant otter! & so much more, once you reach the actual Rainforest, you will be in awe. As we were! Im not going to tell you all whats inside, because thats the fun of what Moody Gardens provides. Trust me, people of all ages will enjoy it. :] Just remember wear something your comfortable in and light! Butterfly Exhibit: Its a smallish area, but very worth exploring, the butterflies will flutter above you, and beside you, even in front of you. I could spend all day in there, its also a bit Cooler in that room. Its awesome to watch them in their natural habitat. Im no expert on butterflies, or any animal for that matter, I just know, dont get them wet, or touch their wings.! Besides that, if you can get one to land on you, then your quiet special! Colonel Boat: So its a medium sized boat. For a big boat. Its free with your tickets, and the ticket booth should have written down the times on your map. Ours was 11 am, 1 pm, 3 pm, 5 pm & 7 pm. The weather permits for it to go out to sea too. Our experience could have been better, we chose to sit in the very back of the boat, we wanted to see the Paddle, but didnt realize how hot the back of the boat was. The awesome thing about the boat, the very back, you feed the seagulls. If you get Cheetos and hold the Im your hand, they will come take it from you! But popcorn works just as well. Expect a lot of people and a lot of seagulls! They are not shy. And no They are not trained either. I would advise sitting at the front of the boat, you get a breeze! There is a restaurant on the 1st deck inside the corridor, a gift shop on the 2nd deck and a mini snack bar on the front 2nd deck. Many chairs and benches. Just a heads up, $5.00 for a Michael Bulb Ultra can. Small too. $3.50 for a bottled water. Ropes Course: The line took way longer than it should had. We were the 4th persons in line. And it took over 20 mins to just get into the harness. But once we got em, we headed for the top! (Zipline was closed off, due to highwinds) the course has multiple ropes, balance beams, and challenging walkways. We had a lot of fun! Kids from all ages were climbing up and down those ropes! But your child does need to be a certain height to climb! 48" tall I believe. Thats a break down of everything I believe. I hope you enjoy your trip to Moody Gardens! And have a safe trip!

WTH happened to the prices? I have been coming to the aquarium since it opened and never have been disappointed like I was this weekend. My girlfriend and I went this weekend to see the new jellyfish exhibit. We get there and learn the price went up to $32... What? We used to both be able to get in for that price, but that is $32 each now. $65 after taxes. I wouldnt have driven down there had I known that. Those are Six Flags prices and for only one feature. I figured as big a fan as I was and have been of Moody Gardens all these years, I will pay it and see what all the advertisements and hype was about. Even saw an airplane flying a banner on our way down to Galveston that day so I figured they are really proud of what they have going on down here. So we go in, the up front they put in an oil derrick and a tall cylinder tank around it. Thats cool, but no new fish that I could tell and what was in there was not visually appealing. It was OK, but still searching for this price tripling feature. So onto the Jellyfish exhibit, what all the fuss is about. Now I am expecting something amazing, ready to be blown away... boy was I disappointed. Inside a dark room are I believe 4 cylinder tanks, 3 of which had jellyfish in them and of those 3 tanks only two types of jellyfish. Each tank had maybe 3 or 4 in it. Along the wall there are these disk shaped circulation tanks and some had jellyfish, some didnt. Again all are the same types and no variety. Then the main feature is a touch tank, which I guess that was ok. Original I would say for jellyfish, but the water is so cold I couldnt really tell what they felt like. So the idea is good, but just doest work well due to lack of texture in jellyfish. Might be why nobody has done it. That tank is the only reason I gave it a second star. The rest of the aquarium is exactly the same, but this time 3 or more of the tanks were drained, the penguin exhibit was dark with no lights on and the seal/sea lion tank was so dirty I could barely see in it. There is a new shipwreck decoration in the big walk through tank but I almost missed it. Again its dark and hard to see. One last annoying decision made was they blocked off the downstairs part so you couldnt walk completely through. Let me explain. So you used to be able to walk down one side, walk around the downstairs area, and then walk back up the other side and see the whole place in one sweep. Good flow, no problems. Now, or at least when I was there, You walk down one side, walk around 1/2 the downstairs and then have to go back up the same ramp you came down. Then double back through what you have already seen, go to the other side and do the same thing. Now this discovery came after already being disappointed in the experience already and all it did was make me relive it and remind me of how bad of an idea it was to come here. I dont know who thought this was a good idea but they were wrong. Drop the price back down to $15 or $13, what ever it was before, open up the flow downstairs and finish your exhibits before attracting attention to it. I wont be going back if it stays the same and that saddens me because I love the aquarium.

I visited Moody Gardens 9/20/2014. I live in the DFW area and decided to buy my tickets online for all day pass and penguin encounter online for my daughter and I as a surprise for her. I got two online confirmation codes/ recites which i printed out. The Saturday I arrived to Moody Gardens their were long lines and staff is not equip to handle high volume of customers in a timely manner. The process to buy or pick up tickets is a lengthy one. The gentleman at the front counter claimed only one of my confirmation codes was valid that the other one wasnt showing in their system. I received my all day pass however the 100 I spent on the personal penguin encounter was told they didnt receive that it was a glitch in the system when my credit card payment went through. The nice gentleman at front was working over the phone with the moody garden account lady Tabitha. Tabitha stated if I could show proof that Moody Gardens deducted my money for the event from my bank account they would honor the transaction. However when I showed on my Chase mobile app that the money was indeed deducted from my account Tabitha stated because she doesnt see in on her end she still wouldnt honor it. I called Chase bank asking if the payment had not gone through or was pending and my Chase rep stated they received the money the day before 9/19/2014. Tabitha asked me to pay again for the event that was starting in 30 mins after i been working with them for hour and half to resolve the issue. I told Tabitha I wanted a document stating Moody Gardens refuses to honor a online recite given from their company after showing proof and that if Im charged twice they wouldnt reimburse me. Tabitha stated she wouldnt be able to provide me that document in time for the penguin encounter event but that I should receive it after the event. I explained that paying twice for something wasnt good customer service and that I wouldnt pay again with out some proof of accountability and acknowledgment. Tabitha refused to meet with me and dealt with me or the staff solely over the phone. My daughter was crushed that she couldnt see her surprise and the fact we wasted 2 hours of our day pass fussing with litigation. I filed a claim through Chase bank to retrieved my money back from Moody Gardens and did get a full refund. The biggest disappointment was the fact even with proof no manager was available to talk to and customer service was awful, other than the front counter man who was just caught in the middle. Moody Gardens wasnt missing out on merchandise, it was experience that was purchased and had no qualms about wasting our time or righting a wrong on their part. The place was nice to see but the high stress event really ruined the day for my daughter and I. I wouldnt recommend purchasing tickets online only way you know youll truly get what you pay for. 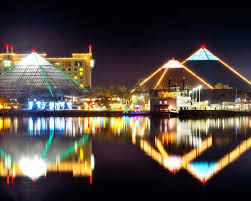 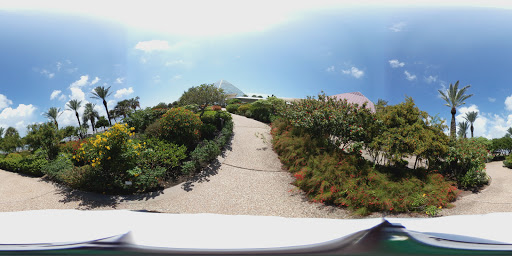 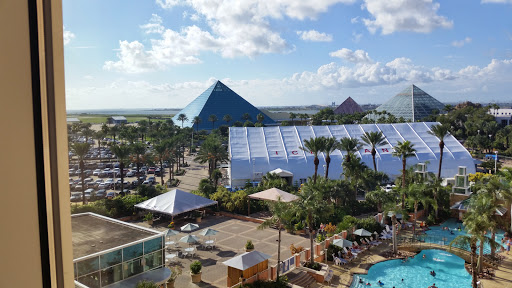 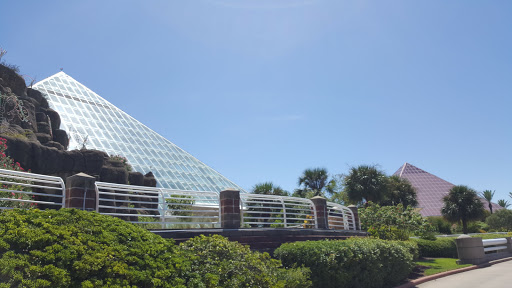 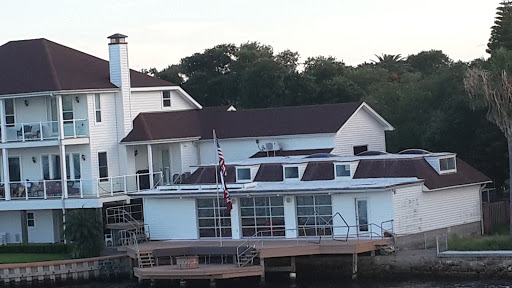 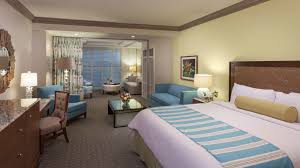 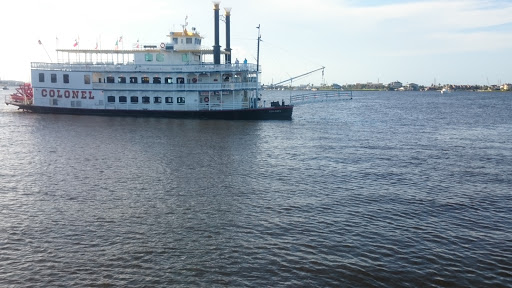 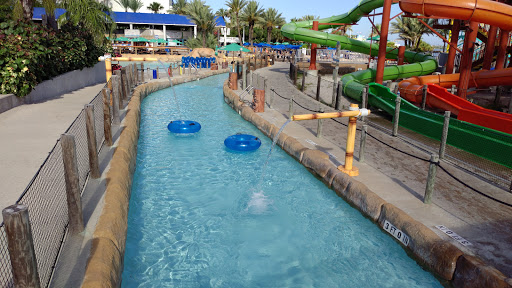 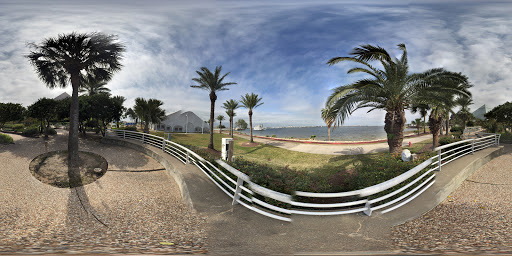 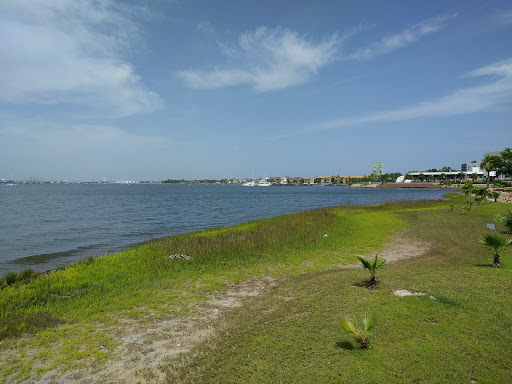 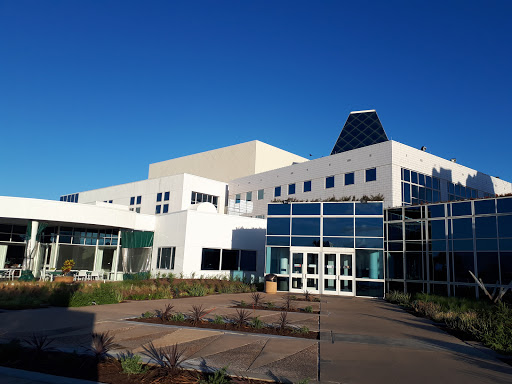 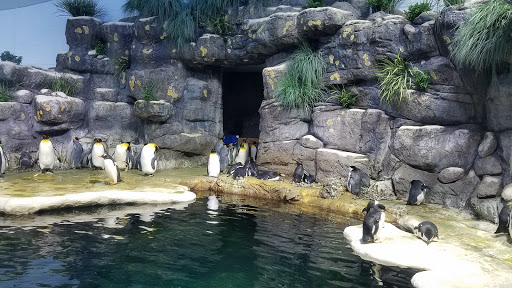 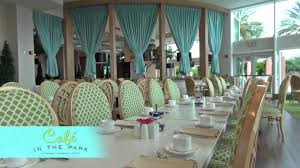 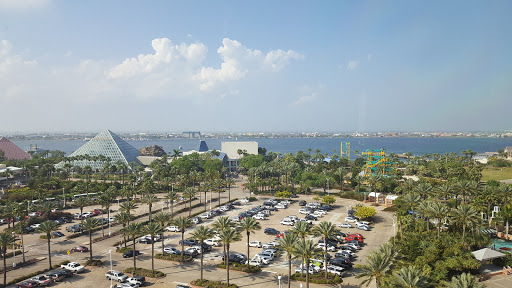 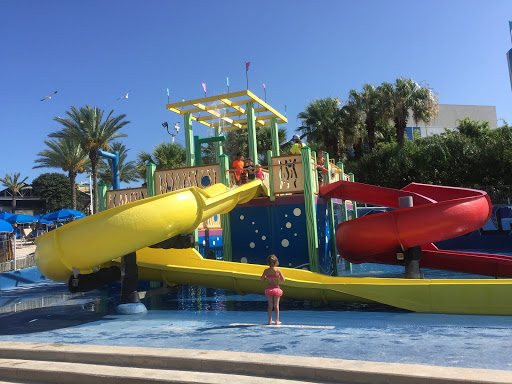 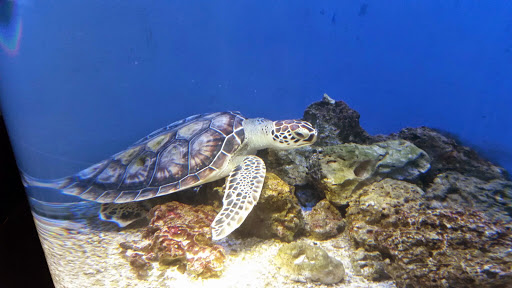 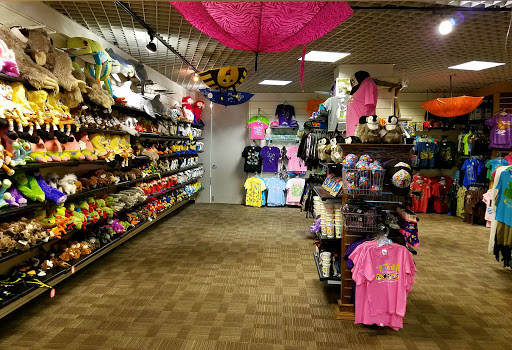 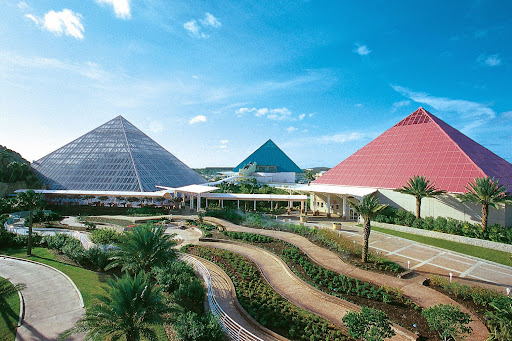 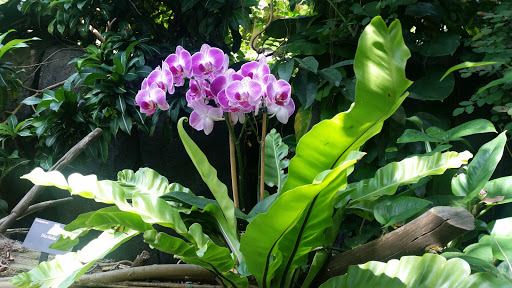