Waterpark at the Villages 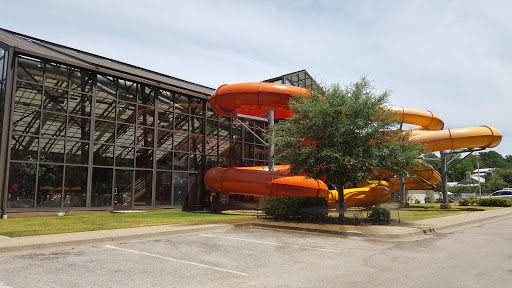 WOW! Im absolutely stunned at the reviews. My family and I stayed at the villages for spring break for a week and went to the water park twice. About the price, the members price is not that bad- not to mention as a member you have countless opportunities to go for FREE- there were 5 people in my party and we only paid for one ticket the whole time. It was hard to find a place to sit BUT it was also spring break, I would imagine any attraction with water during a peak time like that would be that way, if youre out with your kids playing.... you would just need somewhere to put your stuff which is what we did and they do have lockers for that. It does look a little bigger in the pics but the camera adds 10 lbs right? The jungle gym part was AWESOME, my 5 year old spent most of his time there and had an amazing time. My favorite part about it was that out of the 7 total slides there, my son could ride all except for 2. Hes at the age where the height requirement is always hard to meet so it was nice that we didnt have to say "youre not big enough for that" all day. All in all, the water park at the villages was GREAT, I would highly recommend it. The kids with have a great time, which is what its there for. If you want something for the parents too, go to a different one like schlitterbahn. (I will say though, my husband, 18 year old brother and I ran around and did everything with my 5 year old. It brings out the kid in ya!)

The website is misleading and leaves out a lot of information. First of all, it makes it sound like there is a space for small children, but really there is little space for them and they still take a chance of getting ran over by older children, not to mention after awhile I was told my 1 year old was supposed to wear a life jacket. No signs posted stating this and no designated area for little ones. This park is much suited for older children like teenagers. Secondly, overcrowded. Hardly anywhere to sit. Also, it is LOUD. I arrived around 5 pm and my family was ready to go by 630. I didnt see any water fountains. And yes there are lockers but you should bring your own lock which I would have done if the website would have mentioned it. Plus only floats and tubes from there are allowed. I didnt go to the bathroom there, but my mom said they were disgusting. It was just so uncomfortable I couldnt enjoy myself. Although my kids had fun while it lasted, I will not be going back. Not worth the trouble for me, but if you have older kids and dont mind the noise and dirtiness, then it is okay. On the plus side, I only paid 36 bucks for one adult, one senior, one child, and one infant (after 4 pm). I didnt try the food because I didnt want to eat in that place.

This place is not worth my trip! It was recommended by a friend and from the very description I already had my doubts. If it wasnt for my 7 yr. old boy, I wouldnt waste time coming here. It was like a community pool cramped with a double slide and some. I wonder why it was even opened to the public when it was supposed to be just for people who have "shares" in its company. I also noticed that some people are kinda rude. Attendants from the ticket window to some of the food assemblers and a fat cashier tend to be irritated when accommodating customers. And boy, lifeguards are a joke! As if the place was like Hurricane Harbor or something! I counted 9 manning the lazy river and the double slide alone! Not to count those posted on the play area and the tinny-winnie wave pool! Changing rooms are so small. 2 cubicles, 2 urinals and 2 shower area. Will not accommodate 10 people at a time! Last words--- dont waste gas and time driving and coming here. You will be DISAPPOINTED! Unless you live in the Tyler area. And rude residents, too! Driving and speeding, tail-gating you while you are driving along within the speed limit and its a two-lane with a double-yellow line. Schmucks!

I will make this short. I had my daughters birthday party there. Their first mistake was confusing me with another person with a similar name having a party the same day. The party was complete chaos. The manager wasnt there that day and so the young workers didnt tell me when it was time for me to use the room which they normally do she said. I was hosting a party and children every where. The young girl at the cash register finally saw me come through and said you only have 4 min left in the party room. We got the did the cake singing happy birthday and ran out. They nicely let us use the other room. We had to run out and open presents in there. Which by the way the manager said "well I see they let you use the other room that normally cost 50.00" one last thing. They told me they ran out observer wrists bands and put a swimmer one on my grandfather and said I wouldnt be charged which is a lie because it is scanned and the price is 17.95. No organization and I asked for them to call me which they werent quick in doing so. I called back and they havent gotten back with me.

Very enjoyable. The staff was super attentive. My 3 yr old bumped his head on the door as we were walking in and even though it wasnt even that bad of a bump someone immediately went to get him an ice pack to help him feel better. In the childrens play area there is one spout that shoots water into the lazy river. And even though it can get annoying the staff never interrupted a child playing with it but instead once it was left unoccupied they would turn it off so the peiple floating the river could enjoy it. The temperature of the water of perfect and the temperature inside the building was perfect, despite being over 90 degrees outside. There was hardly ever a line to any of the slides both in the kids area and the larger slides. Nothing was over crowded. As we were leaving the staff was already starting to clean and disinfect EVERYTHING. We felt so comfortable knowing they took such good care if the park. The lifeguards were always watching and were very friendly. All in all it was such a wonderful experience.

We take our family vacation at the Villages Resort every year and visit the water park at least twice. This year my kids are 9 and 6 plenty big enough to completely enjoy every aspect of the park or something we thought. This is the 1st year our 6 year old was considered tall enough to ride the big slides and she did so 1 time with her daddy and tried 1 time with her brother. The double floats flipped inside the slide sending my 9 year old flying out and trapped my 6 years old inside! The lifeguard seen what was happening and still sent to large adults down the slide with my kids still stuck causing them to crash into my child and plunging my 6 year old under two very large adults in 5 feet of water! After talking to management the teenage lifeguard then started making fun of my husband every time she seen him acting as if she was doing safety hand jesters and making ridiculous faces. This place has no regards for child safety and did nothing for our unsafe adventure not even an apology! 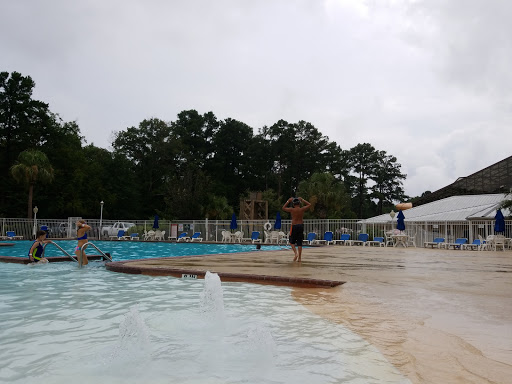 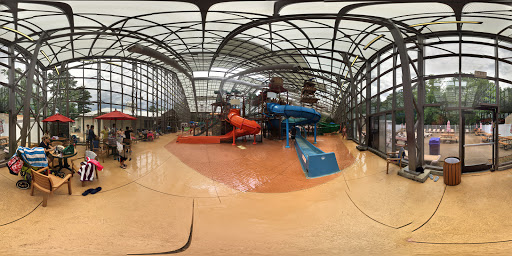 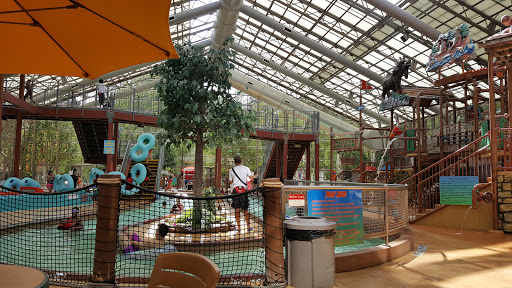 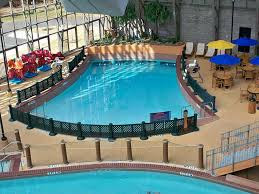 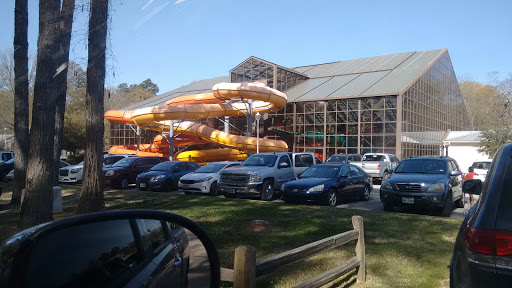 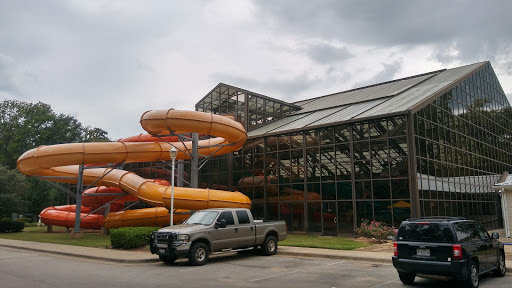 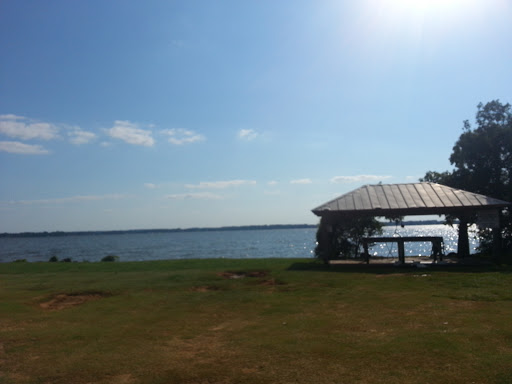 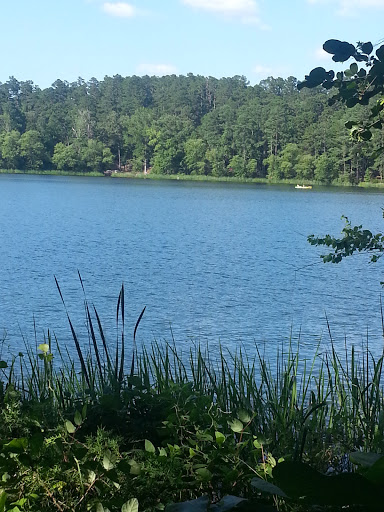 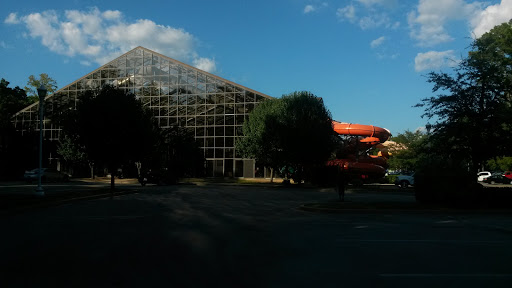 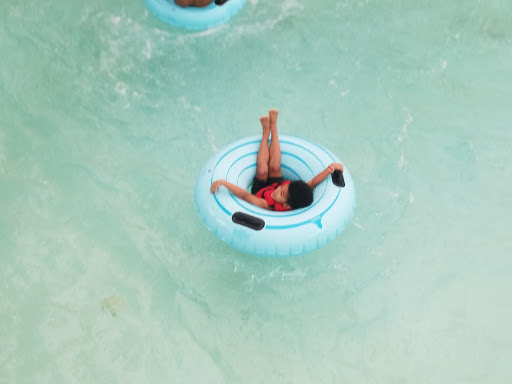 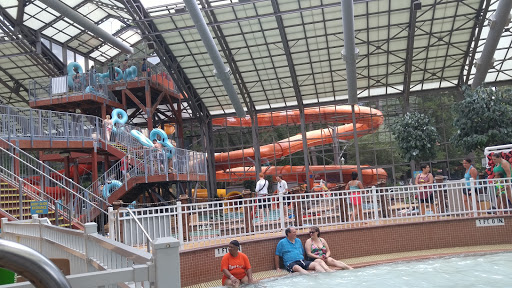 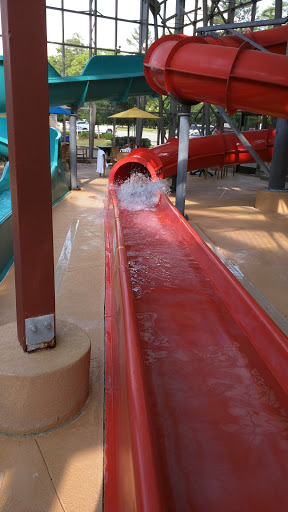 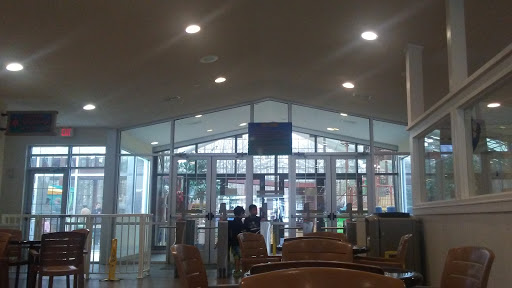 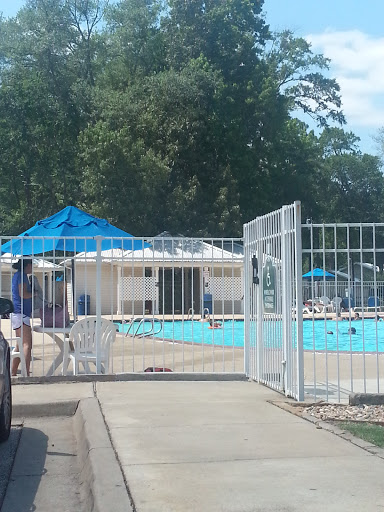 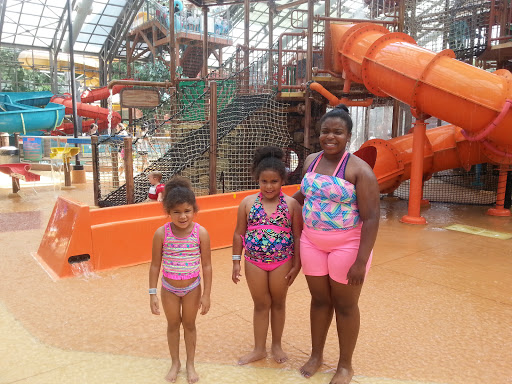 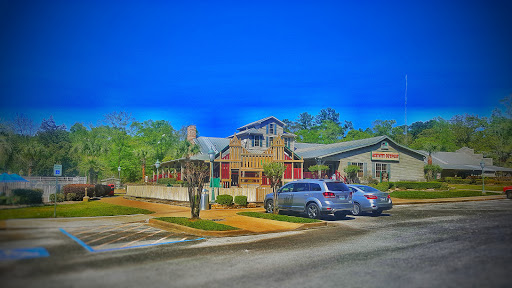 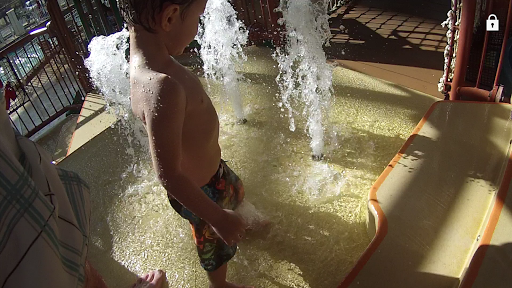 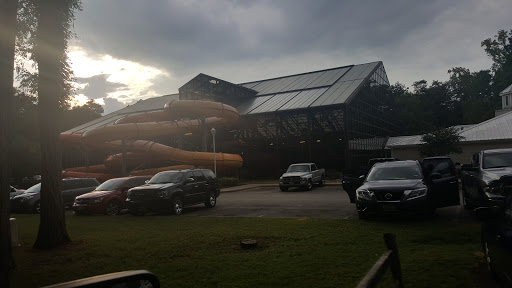 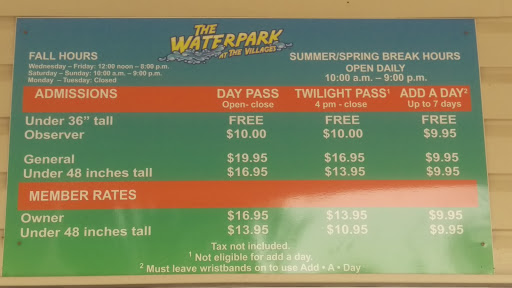 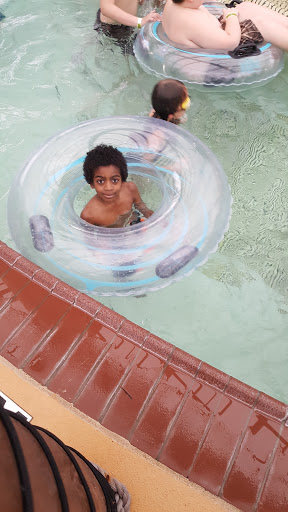