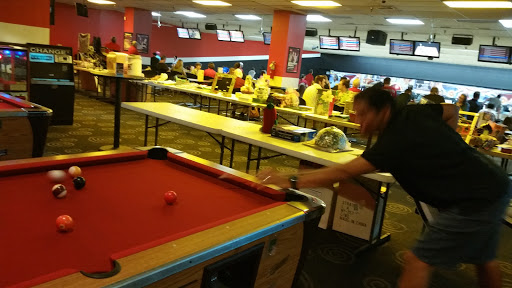 Ive been here a few times before but on my last visit on Friday 5/15/15, I arrived with 7 others and we got 2 lanes. Purchased 2 hours worth of play at 9:45pm during which we ordered 3 towers of beer. We finished just before midnight and wanted to play another hour to make the most of the evening since my overseas friends enjoyed bowling so much. When I walked up to the counter to extend, I was informed that they ONLY sold in "2-hour" increments. I then inquired about single games or hourly rates since they were only open for another hour, but again was told that they dont do that. I even asked what kind of narrow minded policy that is since theres still plenty of time and open lanes. I then asked to pay for 2 hours worth and was then told that they couldnt do that as well since only 1 hour was left before closing. As I returned to finish up our beer tower we hung out a little and I noticed that there were other customers coming who were just putting on their shoes and started bowling, at that time I wondered why they were able to start bowling when I couldnt. Did the clerk jib me and didnt want to ring up 2 extra lanes for 8 paying customers? Did he have to do extra work? Did he have to clean up the pins personally? Was AMF Spare Time Lane making too much money that evening that they said, "whoa, enough money for today...lets call it an night and not make more profit"?

I cant even give this place a star!! This was the worst service I have ever received in my life!! I second what the girl in the review is saying i was with Hispanics and right off the bat we were treated so poorly. Bartender was so rude he or she whatever it was practically yelled at us for asking a question on prices of drinks because we didnt see the menu. I will. never go back to this play and I do not recommend it. Also our game that we paid for got cut short but yet they let their friends finish their game, when we confronted them and asked if we could finish the employees friend called my friend a BIT**. Very unacceptable. I called management and I am sure nothing will be done. If they do not treat people right late then they need to close down the business at 9:00 PM.

Took the family there on Saturday afternoon. Was not busy and the people working the desk were nice. Trouble happened when we noticed my daughters phone was gone. They did not seem suprised to hear it as if it has happened before. We left it sitting on a table right next to where everyone was sitting. The manager looked at the video and then came back and told us " Sorry but yes it was stolen and the person looked like _ _ _ _ _ _ _ _ _" and then walked off. The other employees up to that point had done a good job of handling the situation by showing concern and by helping us look for it. Everyone who goes there should watch their property closely, and AMF should consider posting the same statement if it has been an on going problem as we were told.

As a competitive league bowler, I find the lane condition unacceptable. The oil is just horrible; after 3 games of bowling and wiping the bowling balls, my rag turned from white to black. The performance of the ball after soaking in this oil is degraded... comparable to after bowling 30 games on normal oil. After they finished oiling the lanes for league play. As a high-rev righty, I had to stand at 40 and shooting for 25... where is this fresh oil?!! Ans: It is all in the back-end. I mean come on! Clearly there are no oil within the first 40 ft of the lane, whatever oil there may be, is all on back end (carry down). The atmosphere is great, the staff is great, but if you come here to bowl competitively, just forget it.

I am a league bowler there for 6 years and this place has gone down hill. Management sucks, lanes suck, your bowling ball comes back black all the time and oil inconsistent. Prices keep going up and discounts down. Bar prices outrageous. And the place looks dirty and they will not turn the A/C on when its hot. I would not recommend this place. I will close down in two years... I will give it two years and it close down.

This place is super run down and extremely overpriced. The guy at the counter was super rude and snarky and we ended up paying easily 5x more what the experience of bowling here was worth. The other person at the counter was moving at the speed of molasses and had a giant line of people waiting to play. This bowling alley is garbage and they trap you with unclear pricing. Dont make the same mistake we did!

Horrible place I am a Hispanic American and i was treated like a criminal. First and last time to any of these locations. I felt so discriminated it was beyond reasonable explanation. No management to stand up when employees treatment got out of hand. Avoid!!! At first the place seems to be a nice family location but in reality if u hispanic you they racialist comes out!!!!!!

Bumpers cannot switch back and forth to on and off it either has to be on the whole game or off. The price to bowl plus shoes is expensive compared to other bowling alleys especially for amenities and location. Place was freezing cold, also employees are not as friendly and helpful. I did enjoy the lights on the lanes!

We had issues with the lanes at the beginning. They are definitely overpriced considering the condition and age of the lanes, computers and balls. Also, the game room sucked. The change machines didnt work, the air hockey table shut off halfway through the game and there was really nothing to play.

Clean environment, but the people at the register are always rude, unhelpful, and clearly give no regards to customers. Also an expensive bar, but I suppose thats to be expected at a bowling alley. On a bright note, its the only bowling alley Ive ever been to that doesnt reak of cigarettes.

I went for a few rounds of bowling and pool. The staff were easy going and friendly, despite their long lines. The atmosphere is what you would typically expect from an old bowling establishment, but hey, Tuesdays are $2.22 for each game per person and an additional $2.22 for shoes.

Went out to bowl with a couple friends, but you can definitely tell the alley is dated. At least they clean their shoes. Our lane broke down twice and we ended up having to move lanes. The fries were okay, nothing to write home about.

On most days of the week its an average bowling alley, however on Monday nights, they have an unlimited games until close deal which is a great deal. Perfect place for meeting friends and showing whos worst at bowling.

This place is nice for bowling. But dang it has gotten expensive. They charge per game you play instead of hourly. There was 4 of us total and we played 2 games. 80 bucks for 4 people and 2 games.

The entire family had a great time! The employees are helpful and nice. My grandson ordered a pizza and like it very much. The price was very good for a large party. We will be back again, soon! 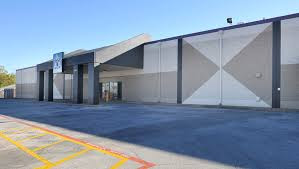 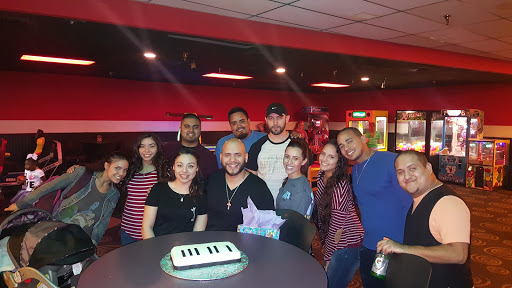 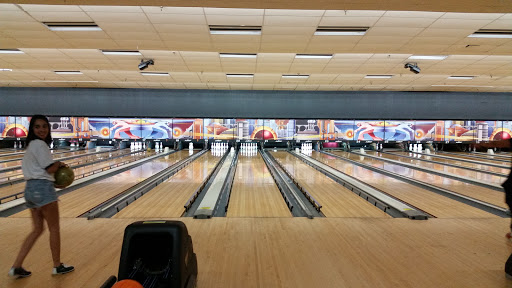 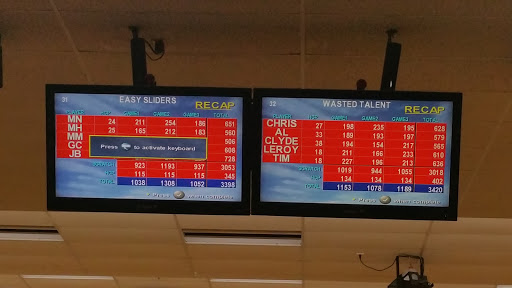 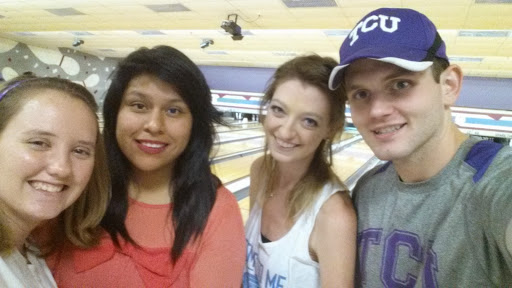 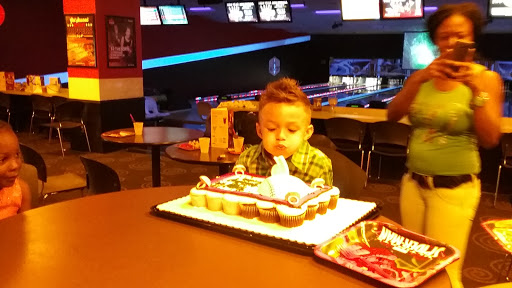 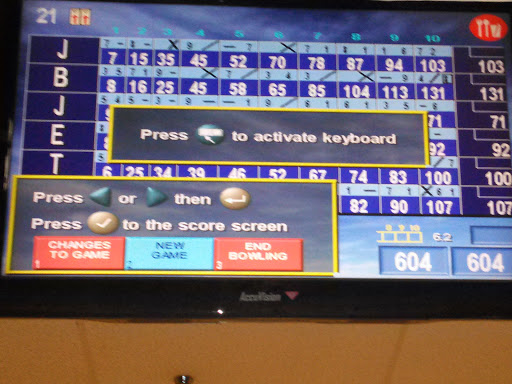 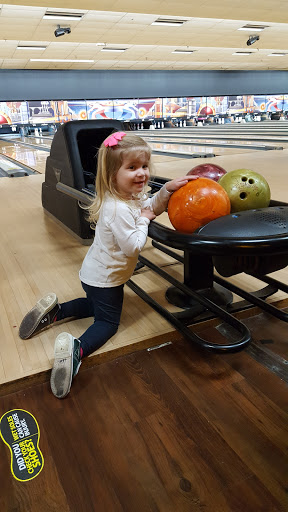 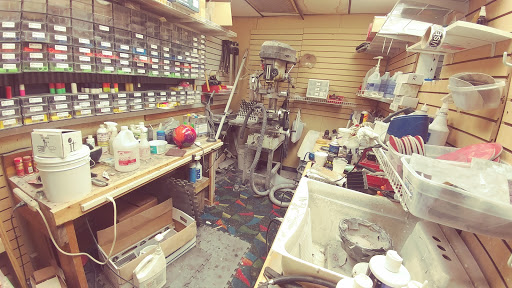 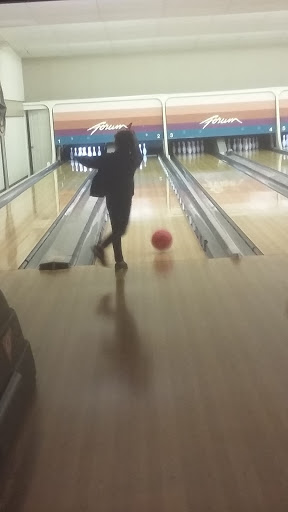 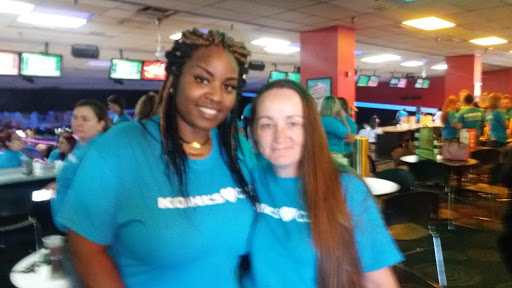 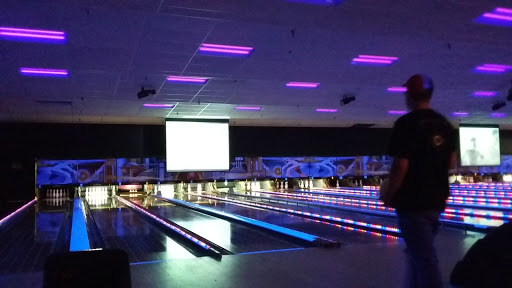 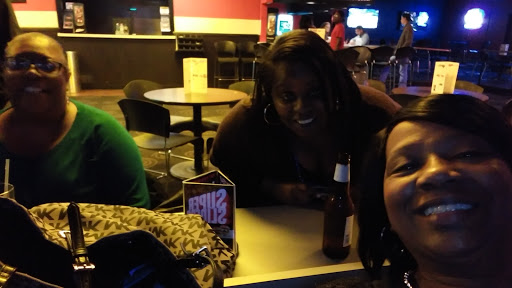 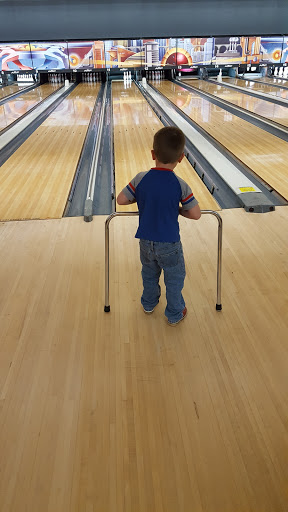 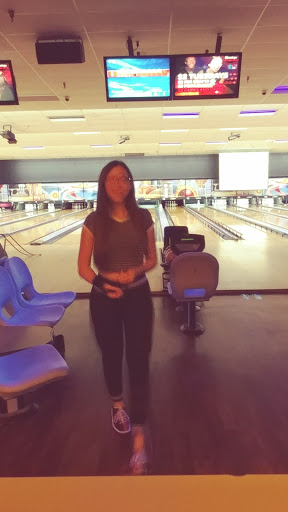 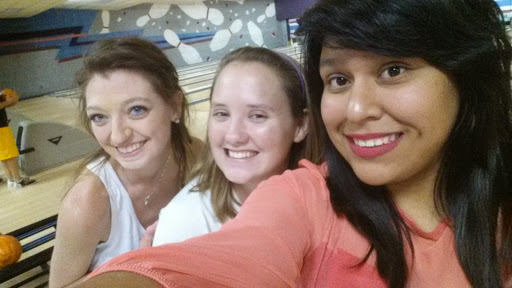 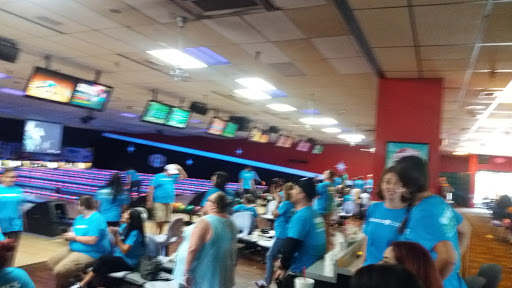 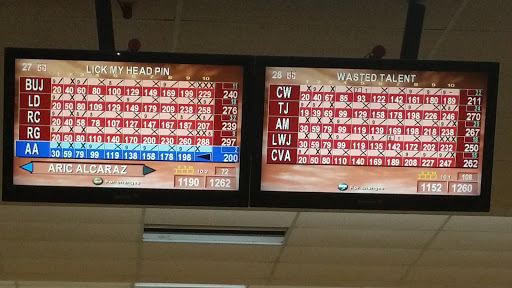