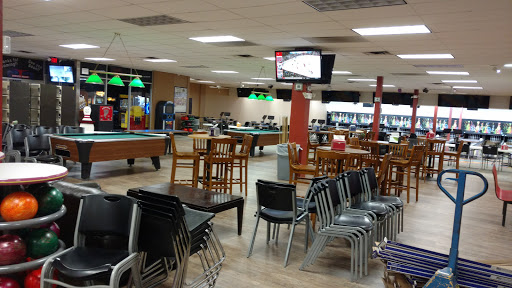 I want to share with everyone the horrible customer service provided by Cowtown Bowling in River Oaks. We spent money, with friends, on two hours of bowling for 7 of us, a bucket of beer, and then ordered a pepperoni pizza and a large cheese fry. They asked me what lane I was on, we replied 17 and 18. This was at 7:13 pm cst. They advised the pizza would take 15 to 20 minutes. At that time we had right around an hour left of playing time. So we said okay. After 40 minutes and watching them deliver our order to the lane next to us, lane 19, I went and asked where our order was. They advised they accidentally delivered it to lane 19 but could redo our order. By this time we had around 10 to 12 minutes or so left to play. My wife said that would be pointless and opted to just get a refund. So the refund was given. After they delivered lane 19s order to them yet again which was different, I went and asked if they would charge lane 19 for our order and was told no. So, I went to the front, asked for a manager, and was explaining to him the story. The kitchen guy ran up behind the manger and started screaming I was lying and that the matter was settled. I, at first, kindly asked him to excuse himself from this conversation as I wasnt talking to him and was talking to the manager. He stormed offed yelling, Ill show yall how to deal with this and Ill call the cops. I continued the conversation with the manager and both came to the agreement that hed extend our game another 10 frames and Id go back and reorder and pay for the food and I would be be the first order out. All good, right? Nope, the kitchen person some how cut our game off completely and we couldnt finish. All three kids started crying and then Officer Meza with River Oaks PD showed up. Very nice officer and very professional. I advised him he was most likely called out for me as I was making a complaint about him and the kitchen staff and for cutting us off early. I introduced myself and advised the officer I was conceal carrying, showed my permit and my firearm location. He thanked me, I thanked him for his service and advised him of the entire situation and apologized for him having his time wasted as this was a civil matter and no criminal actions have taken placed. He agreed. The kitchen manager refused to allow the front end manager to restart or let us complete our time, refused to refund my friends money who paid for the game and refused to apologize for making our children cry and upset for ruining their game and their night. I asked the front end manager for the kitchen managers boss, he obliged and the kitchen manager proceeded to throw his card in my face, which I advised that it was now time for him to cease taking to me and to remove himself from my area and the officer agreed. We have recently had two birthday parties here as well as was apart of a competition bowling league at this location. After this we plan on never returning and spreading the word of the horrible service the older, bald, male who seems to work behind the bar most of the time provides. If you want to have a great time with family and friends Id recommend Main Event or Brunswick lanes off of the Rufe Snow area. Ill be cross posting this in all 223 groups Im apart of and will make it a mission to make sure I get the word out. So if youve made it this far, please feel free to share this post. Thanks and may your family event have a better turn out.

I liked that the bumpers were automatic and raised only for the person they are programmed for, then lowered automatically for the next person. This allowed my husband and I to play normally while our daughter could use them and have fun knocking down pins. However, I didnt like that they decided that they will only program the bumpers to raise on people that are under a certain height. My daughter was able to use the bumpers because she was short enough, but my son, who is tall for his age, wasnt allowed to use them. Most of the time was spent trying to cheer up my son, who was in tears, cause he kept getting gutter balls. Thanks for sucking the fun out of that outing. Regardless of height, who cares if we use the bumpers or not? We were not their to compete. My husband and I just wanted to get the kids out of the house, have fun, and spend quality time together as a family. If no one on our lane cared, and we werent competing with some league, why does it matter if we use bumpers or not. On side note, we did have to wait a bit for a lane, but we didnt mind this cause it was a Saturday evening and expected. We filled the time with ordering fried pickles (deep fried spears, not slices), nachos, and a quesadilla. Food was good. If you use the Groupon, you have to be on the actual lane by 5pm to use it, not up there waiting for a lane by 5pm.

I would not even give this place one star but I had to pick atleast one star for it to let me post anything. My experience with this place has been horrible and I never even made it inside the facility. The two people I spoke with over the phone about having a party for my son were very unprofessional and rude to say the least. The gentleman who I talked to first would not let me get a word in as to what I wanted so he then passed me along to a lady who I had already talked to prior in the day about what I was wanting. The girl then denied telling me anything that she had told me during the day when I reminded her of precise information that I should not have know about she said, "oh well I dont remember who I talk to I talk to too many people all day". So when she realized she could not get out of what she had told me earlier on in the day she got upset with me and told me well you know what I need all the funds upfront like right now! I laughed and said well you know what forget it you guys are very rude and very unprofessional and I disconnected the call!!!

Overcrowded and extremely loud with illegal aliens stinking up the place. I was bowling a perfect game at the 7th frame and they shut it down because someone upfront was paying the place extra money to play a game. I asked to open it back up and the told me Id have to outpay another customer to continue playing. I asked how much and the lady who was "helping" me out just randomly said, "oh, about $100 sounds about right, and thats when I decided it was enough. This place is a joke. Never have I had an incident like this before. Highly dissatisfied with this Establishment. Poorly run. I love bowling, and it should never have to be that way to finish off a game. Sure its just a game, but I spent my evening and my money I worked hard for to have it shut down by a person who outbought me and a Establishment that couldnt and wouldnt let me finish up less than 2 minutes of bowling. Never going back, and spreading the word about this crappy place. 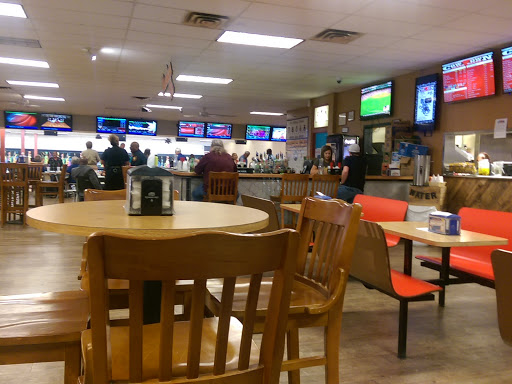 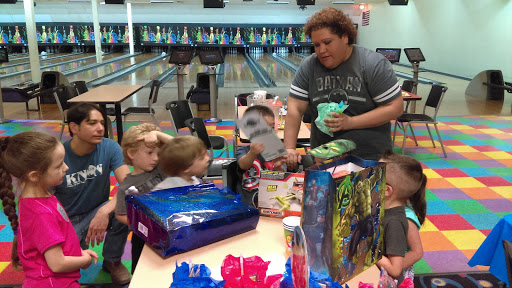 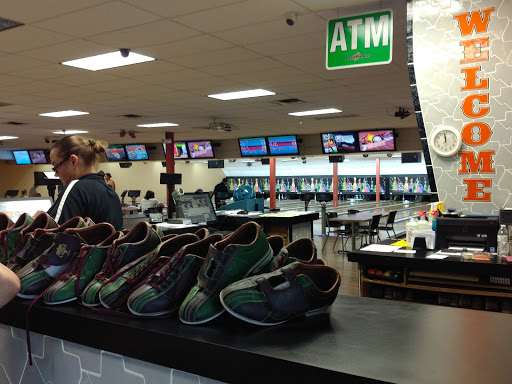 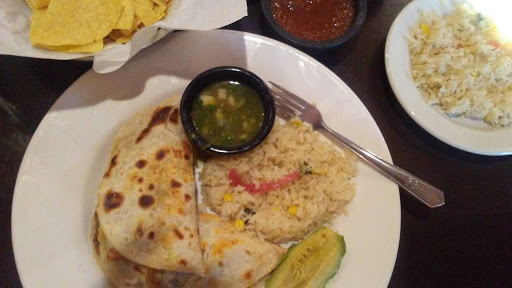 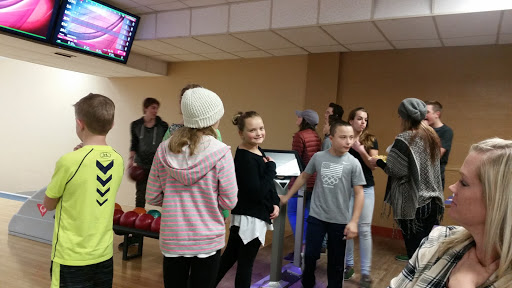 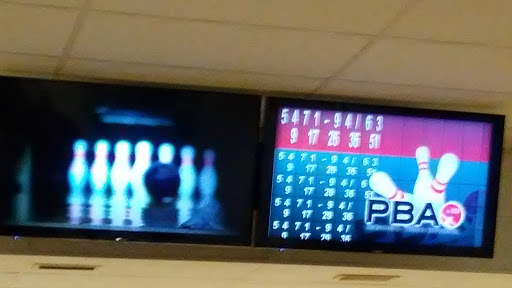 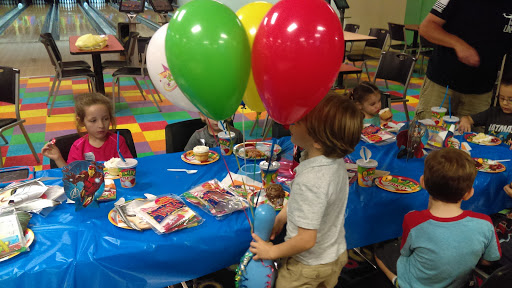 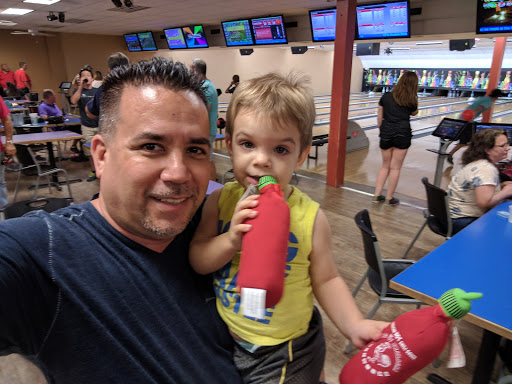 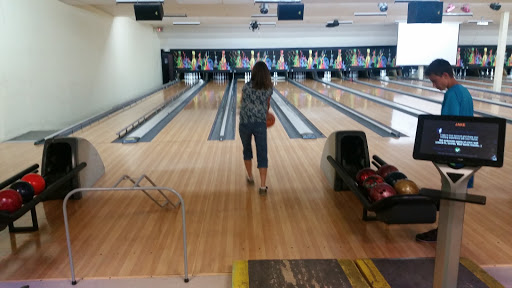 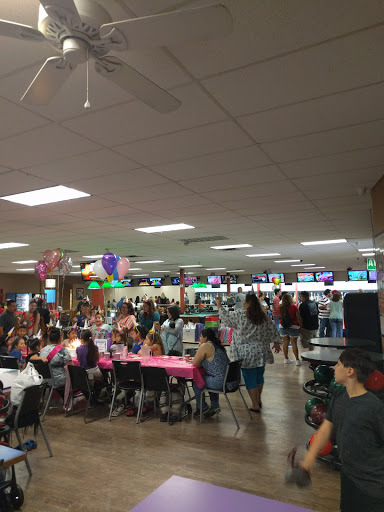 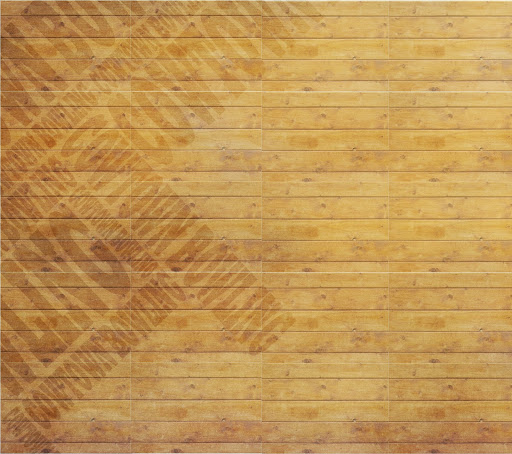 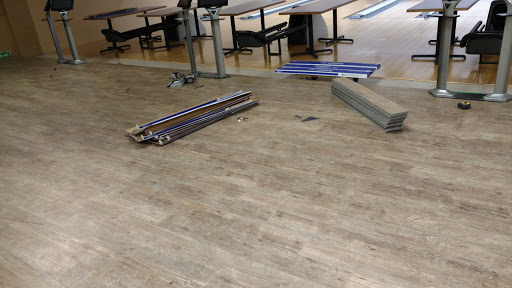 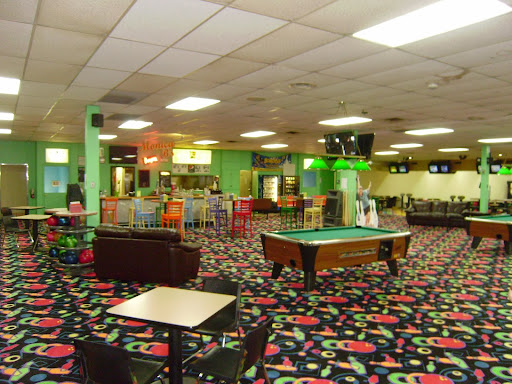 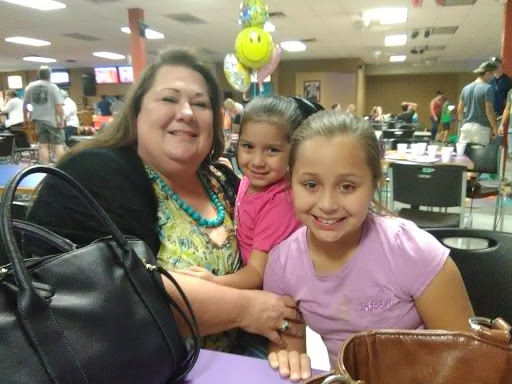 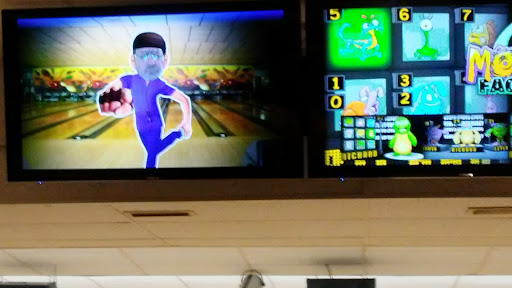 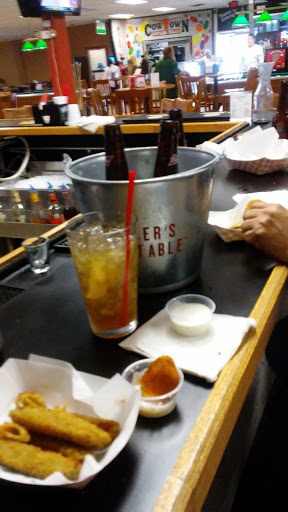 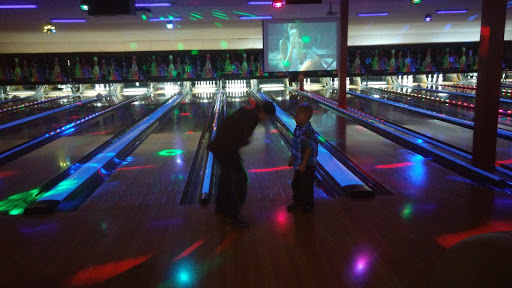 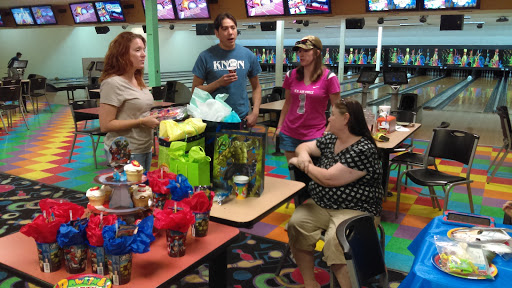