WHEN I WENT, the movie was great and the staff appeared to be knowledgeable of their job. HOWEVER; 5 days later I checked my bank account on a card that had been declined. Surprisingly I had found that they charged me even though the card was declined. What game are you playing at warren theatre? So I called the bank who told me to call the warren, and then I called the warren to find out about the charge. I was told by an "Assistant manager" over the phone that the charge was not in there system, and that they did not charge me. So I pulled up my account statement while I was on the phone with him and told him that there were 3 charges and the warren was one of them. I have been fighting all darn day and the only thing I am being told is that it is not in there system. SOLUTION: I was told eventually that the only way to get my $6.97 back was to travel 31.2 miles to the theatre and show them a copy of my statement. WHY THE [email protected]^K WOULD YOU MAKE ME DRIVE THAT FAR FOR $6 F#%$KING DOLLARS THAT YOU STOLE FROM ME. It is my theory (and not an accusation but me just personally pondering to myself) that there is a possibility that they are doing this to MANY more people. Most people would not even notice it! Just think of it..... how many cards are used in ONE night? 10? 20? maybe even 100? I did not buy any drinks or food or anything. I used my first card which ended up not having enough money, and then used my other which paid for it. The full charge was $26.00 for TWO tickets and nothing else. One card was charged $6.97 (the one declined) and one was charged $26.00. WARREN THEATRE I WANT MY MONEY BACK. The Manager would only tell me that there system didnt show it and that they DID NOT CHARGE ME $6.97. I guess my bank decided they wanted my measly $6.97 so they took it and blamed the warren. Pathetic. EVERYONE WATCH THERE BANK ACCOUNTS IF YOU USED A CARD. I COULDNT FIND ANYTHING ELSE ABOUT SOMEONE HAVING THIS, SO I AM THE FIRST TO SAY ANYTHING BUT WATCH OUT!!!!!!!!!!!! 10/16/2014 - STILL NO REFUND OF STOLEN CASH

I used to like going to this theatre. It was my favorite one in the OKC area. It is really nice inside and I like the balcony and screening rooms. However once they started allowing reserved seating thats when the problems started. I love reserving seats but this place does not go about it the right way. I had purchased tickets online and I was the first one to do so. I had a choice from all of the seats. No one had any reserved at the time I purchased mine so I got the ones I wanted...or so I thought. When I showed up to my seats there were already people sitting in them. I got a worker to come help me and my husband out. They had the same seats on their tickets but theirs were for the next day and they had just got them that night. To resolve the issue the worker said he can get us tickets for another day and he will give us our money back. However I felt like I should have been able to watch the movie the night that I picked and especially since I was the first person to pick my seats. The other customers had got theirs that night and I was forced to pick another day to come back even though I had planned all week on watching the movie that night and reserved mine early. Only to be told to pick another night when they were the ones who just purchased theirs. Im pretty sure because they were already sitting down. I think that was poor customer servicing. I felt like I was treated unfairly. Since then I have not been back to this theatre. I usually watch a movie every single weekend. I have already purchased my amc stubs membership and will be going to amc Penn from now on. Warren theatres lost a faithful customer.

I lived in Wichita from 2000-2004 and fell in love with Warren Theatres, even got to meet and talk to the the owner, Bill Warren. Warren Theatres are all class acts, in every aspect. Friendly and professional employees, clean facilities, roomy and comfortable seating both in the "cheap" seats and in the balconies, great sound and picture, the movies start ON TIME with NO COMMERCIALS, just previews (and they dont throw every preview they have like all other theatres). I dont think I EVER remember any glitches or excessive volume in ANY movie Ive ever seen at any Warren Theatre, and trust me, Ive seen a lot at "The Warren." The food is great in both the restaurants and the concession stands, and priced very competitively. The attention to detail in everything at Warren Theatres is excellent and would be well worth paying more for a ticket, but there again, they are competitively-priced! I only have two problems with Warren Theatres: one, there arent enough of them; two, theyve completely ruined me on other theatres! When I found out they were coming to Oklahoma, after having suffered "Warren-less" for several years, I was VERY happy. Now, I only wish they had one in Edmond, and in Tulsa! Bill Warren, if you are reading this, you need to open in those locations, youd be the only theatre to go to in no time at all, especially Tulsa! By the way, I highly recommend going to the balcony seating, you are treated like a VIP the whole time, waited on hand-and-foot, well worth the few extra bucks for the ticket, and the food is just as much as any other restaurant, and VERY tasty . . . I recommend a BLT, and chocolate shake!

Ive been to theaters in many bigger cities, but nothing compares to the Warren in Moore, OK!! The picture and sound in the Grand Auditoriums will blow you away...and the IMAX...WOW! I recommend this theater to everyone I talk to, if movies come up in a conversation. Let me correct myself, I INSIST, not recommend that everyone check out a movie at the Warrens Grand Auditorium or IMAX. The lobby of the theater is gorgeous...I reminds me of what an old, grand movie house from the Golden Age of Hollywood probably looked like. For those who are audiophiles, the digital sound and speaker system should be adequate for you. I brought my brother, who lived in Dallas, to the Warren several years ago. After seeing one of the X-Men movies in the Grand Auditorium (lower level) he said he could never see another movie anywhere else again! lol Of course, I feel kind of bad for him since he lives out of state! One fringe benefit at the Warren (besides the REAL melted butter on their popcorn), is the red curtain. The curtain is down until the previews start. It really feels like a theatrical production when they raise that curtain. The IMAX one naturally is huge, and they even give you a light show sometimes before the curtain goes up. Hands down, going to the Warren Theater in Moore, OK will give you a movie experience that is unique to anywhere else.

A fantastic theatre, And a year ago I would have given The Warren a 5 star. Their change of ownership to Regal/Amc highly disappointed me. Its truly amc taking credit for a piece of art that just isnt theirs. That said, the Warren currently still offers a balcony experience, awesome director sweets, and what I would argue is the best screen in the metro area. (the grand auditorium not the Imax) If you want to see a movie youre excited about take a few moments and see if its showing in the grand auditorium here. You wont regret it. If you like cheese fries order some from the restaurant down stairs, theyre excellent and most times theyre generous with the Apple smoked bacon. Facilities all around are well kept and clean. Floors arent sticky. They offer reserved seating in certain auditoriums. Also a bar upstairs for watching sports and just hanging out. All comfortable and cozy. If you have never been, fear not. You are still going to experience one of the greatest theatres ever! Tickets arent priced as steep as other regal locations, unless you shoot for a special auditorium, theyre still fair in my opinion. One of my favorite locations in the city with some of my fondest memories. Make time some weekend and please enjoy. 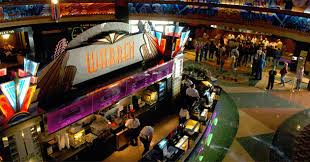 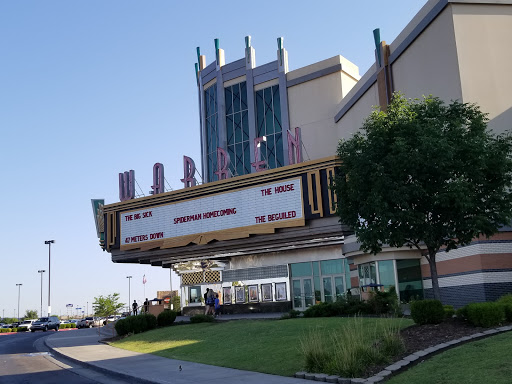 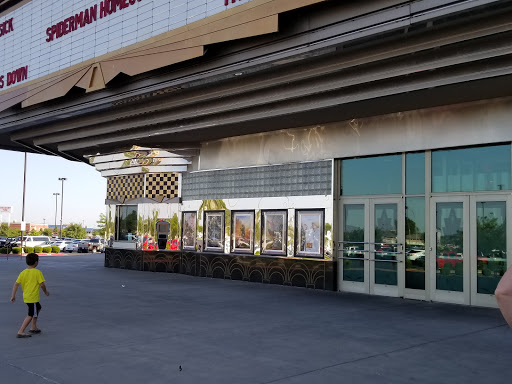 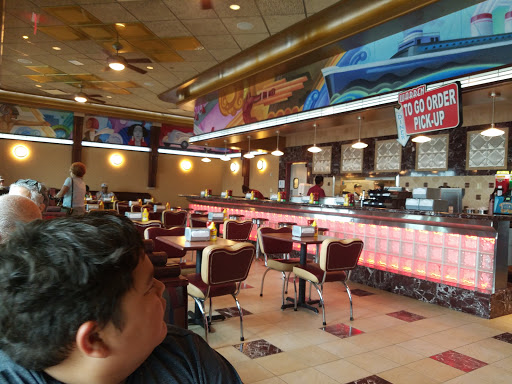 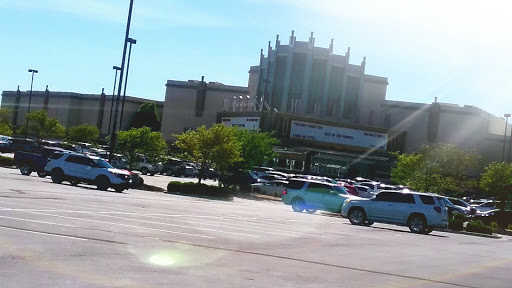 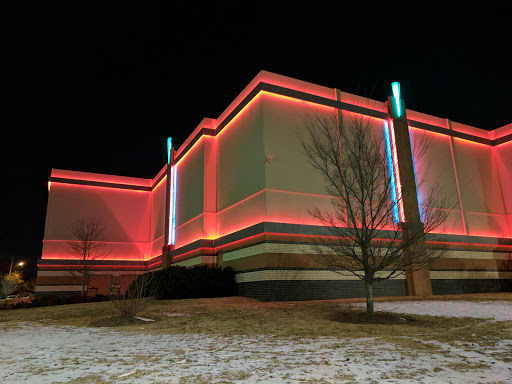 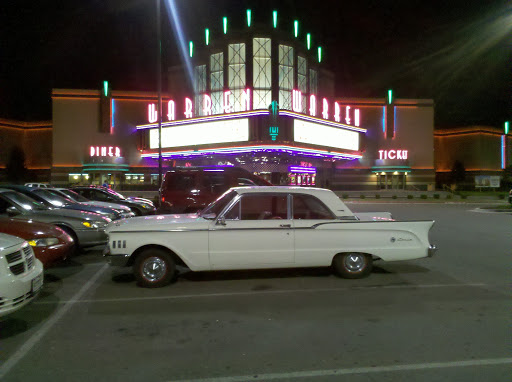 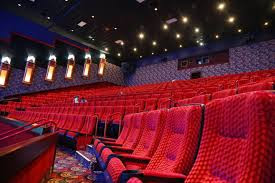 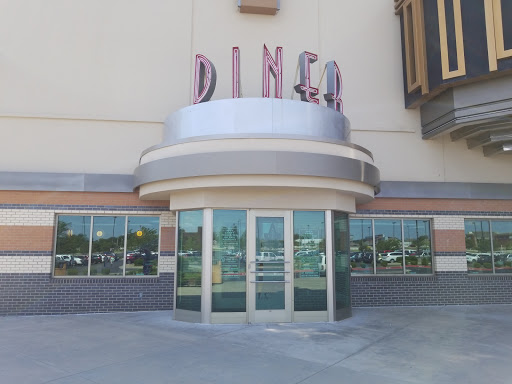 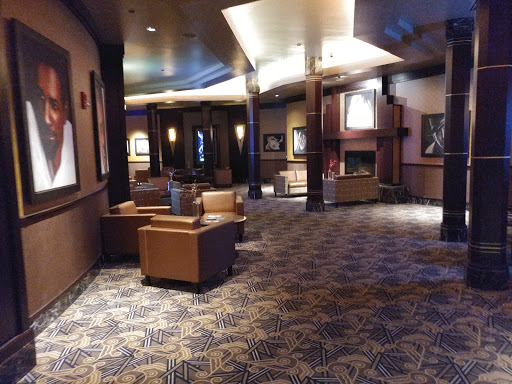 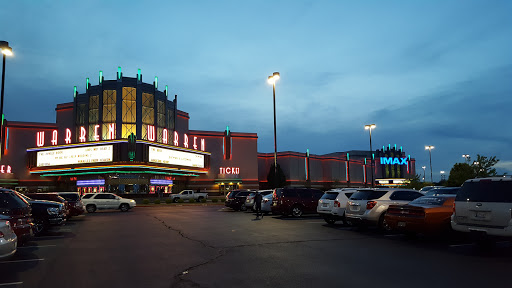 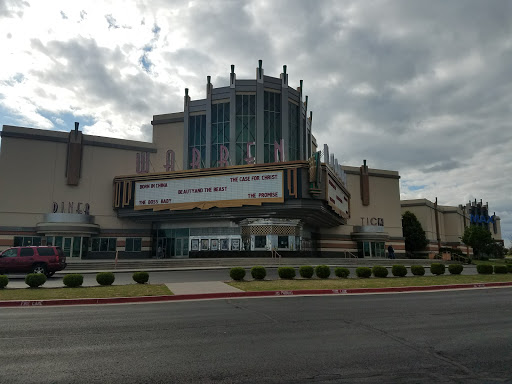 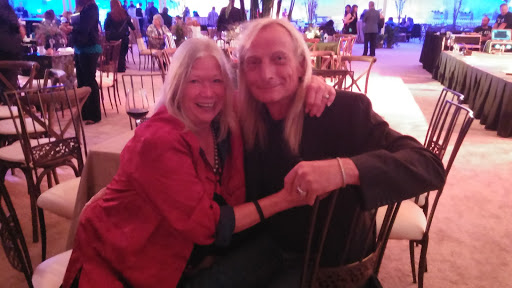 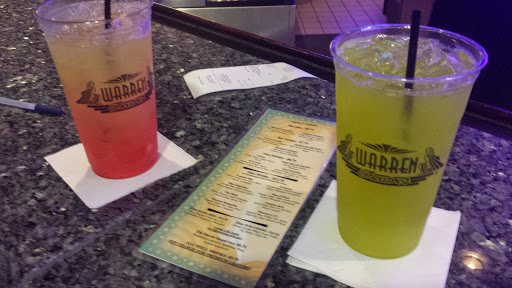 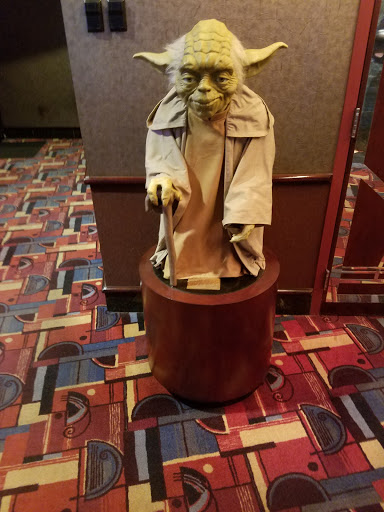