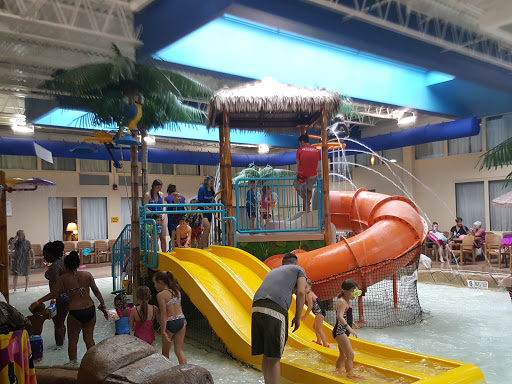 Well I;m from Rochester and it was my first time in bactavia ny and let me tell you it was such a horrible first time and i will never again go to this water park again! first they put me in a room where there was a wedding reception going on next door water park closes at 8pm i have 1 year old a 5 year old and 12 year old the wedding reception ended at 1 in the morning! it was literally in the next room i can see the reception out side my window! i called front desk 5 times!! they told me it was going to end at 9 first time and other times i called they kept telling me it was going to be over soon cause the music was sooooo loud none of couldnt sleep! if they had great customer service they would have moved me and my kids to a better room but they ignore the fact that their customers were uncomfortable! I was furious!!! worse 250$ i spent in my life! Next morning i go to speak to the manager and i told him everything he said he was going to refund the room back to my card mind you the front desk lady was talking junk other her breath because I was a unsatisfied customer and rolling her eyes at me! Mind you this was for my son 1st birthday feb.14th and its april 20th and I still til this day never got my refund for the room still waiting but I guess they need the money more than me to rob an unsatisfied customer Its not about the money its about providing great customer service and making sure customers are satisfied and ME MYSELF I felt so horrible i could cry!

I give it a no star, and here are my reasons. The staff is horrible. They yell at kids for running when the children are almost literally moon walking. One life guard/staff was giving the children dirty looks, when the kids where just swimming and haveing a good time, I mean who dose that? Well I know its the darn STAFF AT PALM ISLAND INDOOR WATER PARK Im telling you DONT WAIST YOUR PRESHES MONEY AT THIS WATER PARK. When I went, I got yelled at 5TIMES!! As a kid I could stay home and got yelled at by my parents less than that many times. They water park was eha the paradise plunge was great but I think that is the only fun thing there. It was $40 bucks for me and my mom to get yelled at by life guards/staff. I think, wait let me rephrase that I KNOW the price wasnt even in the ballpark close to what they where showing us in respect. I personally think the price should have Been 60% less than what the price was. I mean 40$ for a child and a adult to go for a day to have a uninjoyable stay at cruddy water park that has staff who will nipp you in the butt for anything they desire. You know what I think all the people in Batavita are mean. Well Im not beaing mean I mean I havent met any one in Batavita, but when we where leaving the water park this guy stated rattin and ravin with his hands up in the air. Over all I think it is a unnessasary mess that you shouldnt get your self into. P.S. DONT GO THERE!!!!

We had by far the worse experience at the concession stand, besides way over priced the staff did nothing but argue with each other as they were taking orders! I waited 45 MINUTES for 3 soft pretzels one cheeseburger a coffee and small soda, people came and went, orders came and went, Finally when my order was ready, i took it to my table and the soft pretzels were cold!!!! I went back up there and told them and that i would also like a fresh hot one, you would have thought i asked for prime rib! The staff needs some training on how to be professional to customers and to make food! Asked to talk to the manager , he was not any better at all. He said with a sarcastic tone we had a bit of a rush, i said what?? You have 3 people back there and there was maybe 2 people a head of me! He said well we take our time this isnt Mcdonalds you know! Over all he was useless and i can see now why his workers have the attitudes they do. Gosh thank goodness they dont work at Splash Lagoon they would be blown out of the water! Needless to say i wont be back and i will tell anyone i know if they do go there, stay far away from the concession stand!

I brought 4 girls here for an overnight stay. The kids had a fantastic time. The room is nothing special and could use some major TLC. Breakfast in the restaurant was less than satisfying. The tables were sticky, the food was incorrect (my English muffin was still frozen and 3 ingredients in my skillet were missing) and you could hear the cook screaming from the kitchen because every table was sending food back. (2 other tables besides ours). The food took a very long time to come out as well. Two machines were out of order in the arcade and the pizza was just ok. The kids would love to come back, me, not so much.

Maybe 3.5 stats. Food was ehh. Size of venue was ehh. Decent amount of okay arcade games between park n hotel in 2 different areas. Most are the prize games though to suck in your money. Price was a little high for what they have in amount and quality but how many indoor waster parks are there around Rochester anyways so it was worth it for the kids. They could really improve the quality of food though n the park a little. I might visit again unless theres another one the same radius. Id visit another one before coming back here.

Price is crazy for the size of the place. Not much to do. Staff wasnt very friendly at all. There was so much chlorine that a few minutes after walking in my eyes wouldnt stop burning. The guards hardly pay attention and acted like they were too good to be there. I refused to buy food there.. was nothing special so I wasnt wasting any more money. My advice is to only go if they are having a cheap special. NOT worth $20 a person.

Bed bugs-a group of 10 of us had 2 different rooms. 1 of the girls had a bed bug crawl up on her while napping. Called the desk, took 20 minutes for someone to come up. In that same time we had everything packed. Went to the desk and the Manager on Duty was a smug prick. Took no ownership. Didnt want to refund the second room. Eventually refunded it and then dissappeared.

Great little waterpark that is perfect for toddlers, kids, and preteens. There is a nice kiddie area, an indoor pool with a basketball hoop, an outdoor pool, a hot tub, and a couple larger waterslides (must be 42"). The arcade was fun and we were given quite a few tokens when we purchased day passes for the park. Food was just okay, but decently priced.

There was so much chlorine in the water park it burned my eyes just sitting there. My daughters eyes were red after only an hour if being there. The skin around her eyes burned from the chlorine. The only thing the front desk said is we will check the chlorine levels. Food sucked! Great Wolf Lodge is luxury compared to this so called Water Park! 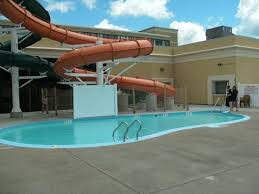 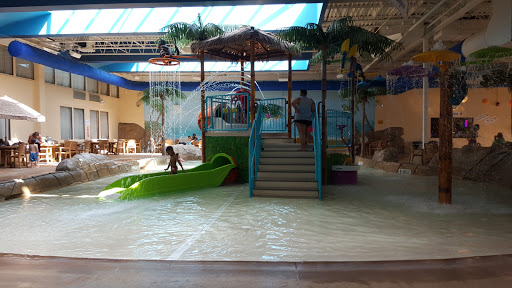 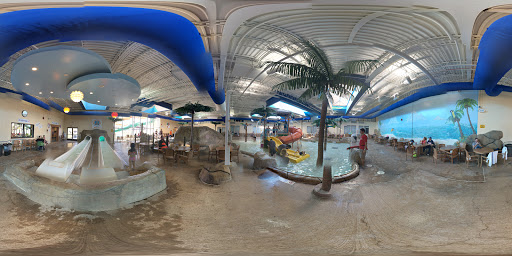 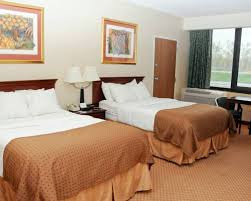 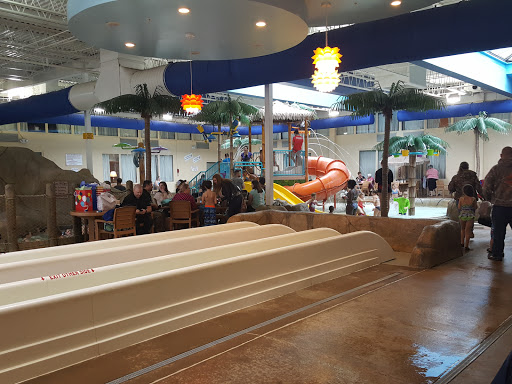 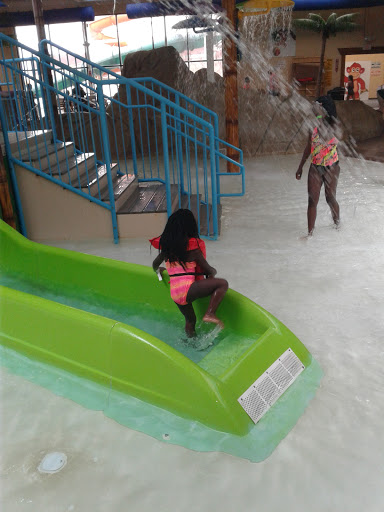 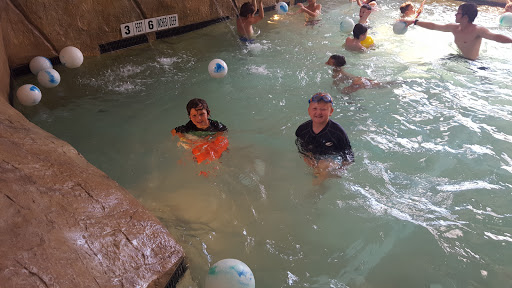 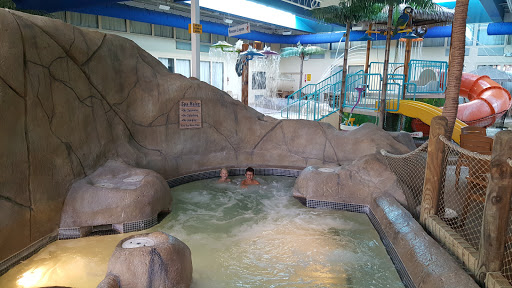 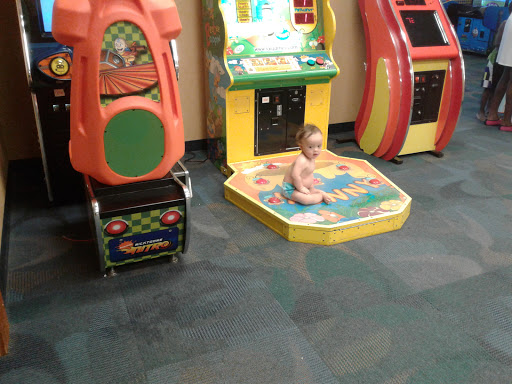 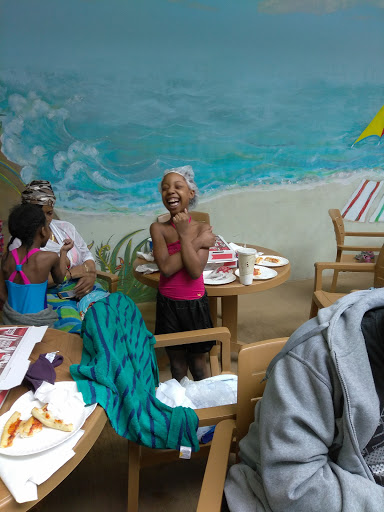 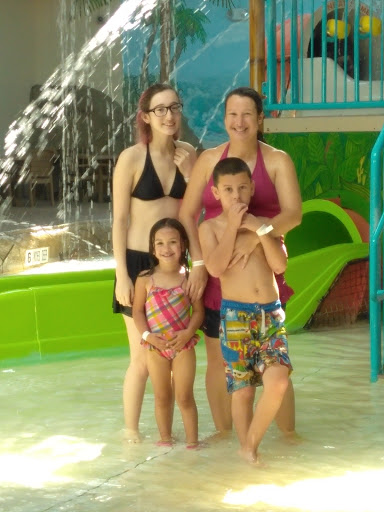 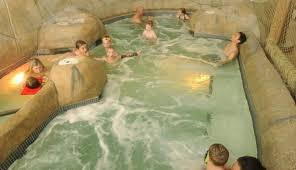 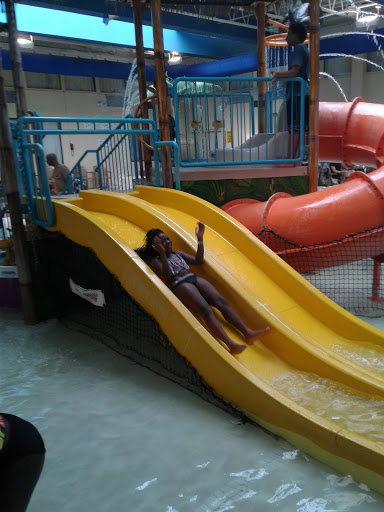 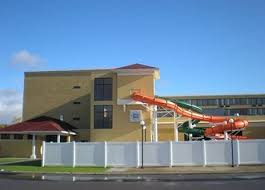 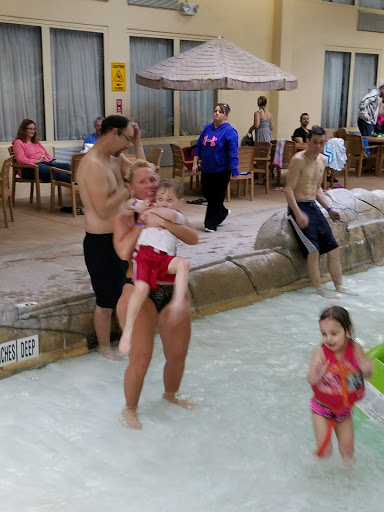 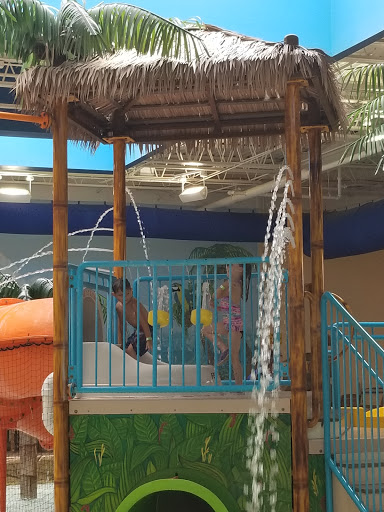 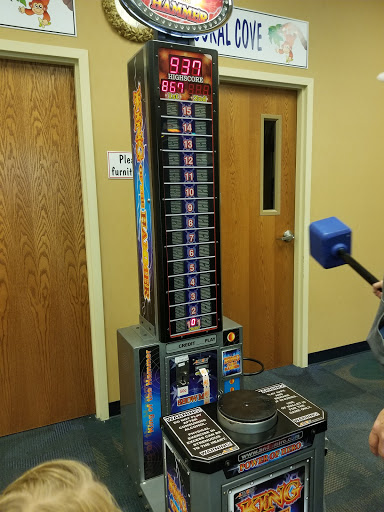 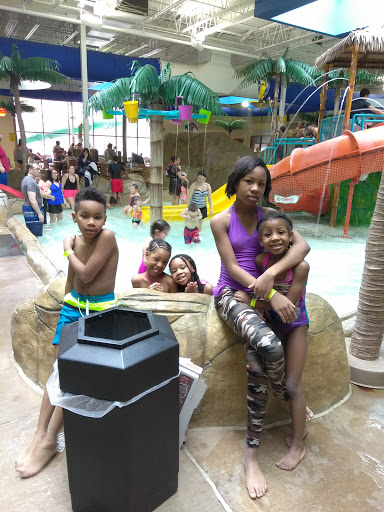