We are locals, BTW, and the children in our family are 7, 5, & 4. Weve been there once last year, and many times this year as we bought season passes at the start of the season. Our youngest child is now 4 so this is a much better experience than if you have littler ones. It is a great place to go if you have season passes. Once you go more than twice, you are getting in essentially free. (I also heartily recommend Aquarium passes if you are local, same reasons.) Also, we go at 4 p.m., when the crowds thin out and the sun is not so strong and the heat is not as miserable. This timing lets us miss having to eat there, instead we have heavy snack before, and late dinner after. You can easily go out to your car and get a cooler if you thought ahead and packed one. We usually finish up at the park and go across the street (Rt. 17) to Sams Club and feed everyone VERY cheaply at Sams Cafe. Works great if you have a Sams membership and they have not closed yet (6:30 on Sunday, boo! but 8:30 on weekdays). I will occasionally buy the family a funnel cake to share but we cannot afford to eat at in-park prices. We bring only the very very basics in one backpack. There are locker rentals for $6 if you want one. All the rides and areas are quite enjoyable. We have never had a problem with safety or waiting very long AT ALL for anything other than funnel cakes. There seem to be plenty of attendants and lifeguards. We always use the childrens areas: the tropical volcano with slides, umbrella super shallow pool, both lazy rivers (note: the kids lazy river is MUCH faster and stronger current than the bigger one!), and the wave pool for an extended time. Only if there are multiple adults do we use the slides. A handful can be used by children alone or with an adult, but if your kids are under 42", you will pretty much be restricted to what I listed above. And that is plenty to do for a few hours of fun!! Re: other reviews: I do feel sorry for tourists who pay full price and go during the heat and crowded hours. That is unfortunate they did not have a good time. The wave pool is fine, it does not have waves ALL the time and that is listed on the sign. Several times an hour a bell indicates it is wave time, which goes on for 10 minutes or so. It is not supposed to have huge waves for surfing, and they are plenty big enough waves to float and swim in to have fun. They do seem to be rougher/bigger on the left side of the pool if you want that. If I could change something about the park, I would extend the evening hours to 8 or 9 every night, not just Wednesdays, and do the cheaper ticket after 4 every day, not just Wednesdays. That would allow pass holders to bring friends to see what they are missing without making a huge investment. In summer, it is plenty warm and light enough to have longer hours in the evening! I know they do the Wednesday family day, but perhaps a weekend night or two open til 10 or even later for a "date night" theme would be very successful as well! Use your head and plan ahead and you will have a great time at Myrtle Waves! =)

Arrived 30 minutes after the park opened to find a long line. Waited 30 minutes to figure out why, they only had one ticket window open. Put down our bags at one of the many lounge chairs (good thing) and when on my first slide where I promptly got injured. We went to a room labeled "First Aid" next to the wave pool building only to see a note on the door stating if you arent a lifeguard you need to go somewhere else. Luckily two people were in the room and agreed to hand us two band-aids. No questions, no concern, no caring. Some slides, the Lazy River, the Racing River, and part of the Wave Pool was shut down due to lack of staff. Talking to people we found out that this was an ongoing issue and not a one time deal. Trash was overflowing and smelled and the place was just generally dirty all over. Lines were long. Not only the ones at the slides but also due to the fact that they dont have enough two person tubes. You have to wait 10-20 minutes to get a tube and then another 20-30 minutes in line at the slide. When at the top it was clear the "dispatchers" didnt really care much. Often some of them never gave the safety speech or even tell you when to go. The main restaurant had a line that extended well outside the building. It closed early because no workers had had a break (once again, lack of staffing). We grabbed hot dogs at a snack stand and were greeted with $4 tiny shriveled overcooked dogs. Do yourself a favor, leave the park and go to Wendys across the street. By the time you get back you wouldnt even have made it into the building. The visit was just disappointing. The price wasnt an issue ($20 adult, $15 child single day) but it was more of a waste of our time. We didnt have fun and well never return. To top it off, a few days later a representative of the park was at our lodging location handing out flyers. We told her that we werent interested due to a bad visit and she started ARGUING with us. She lectured that if we went earlier in the season wed have a better time. Im sorry, but I see no need to schedule my vacation around their convenience. Good riddance, no one will miss this park if it disappears off the Myrtle Beach map.

We went to Myrtle Waves today with our family of 5, as we pulled in there was a sign saying parking is $2 a employee sitting under an umbrella holds out his hand and I assume wanted the money, he did not greet us or anything. I give him a five dollar bill and he hands me three dollars and as we drive off he starts throwing his arms up and down like a child cause we didnt get a ticket from him, mind you the entire time he still hasnt said two words to me. I walk back and get this ticket and then we park and head into the entrance, its like the same experience all over again. No one greeting they grab your ticket and you walk in there. They have NO customer service or people skills whatsoever there. Its like being there as a guest upsets them cause then they actually have to do there jobs which they are being paid to do. As far as the park itself for the most part its clean except the lazy river was missing tiles inside of it which then showed some mold gross which wasnt too appealing. There were no lines at all for any rides cause Im guessing most local people have figured out that you dont go here anymore and only the tourists are the ones coming at all. Another problem is the fact that the lifeguards on duty also have NO people skills or service, out of the 12 different tube or slide rides only one life guard interacted with us or spoke at all, the rest throw a hand at you when they want you to go but it seems at times they arent event paying attention to whats going on because in one instance I crashed into another tuber cause they had me go when someone was still in the tube- that kinda hurt Overall there is way better value in Myrtle Beach with employees that will interact and engage you as a guest. If you are looking for rude and unfriendly staff then go spend the 27.00 per person and go here, but I will NEVER return 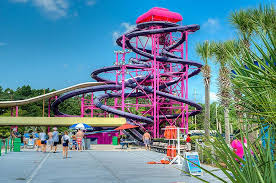 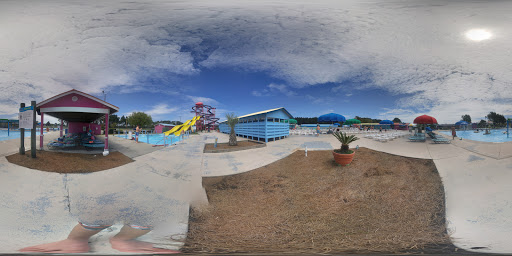 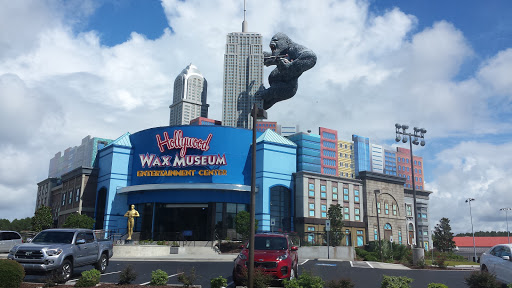 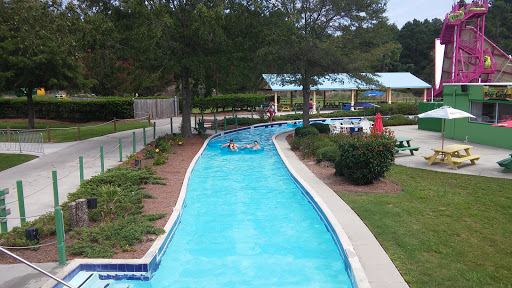 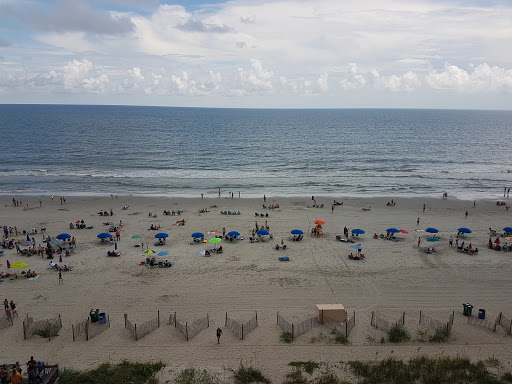 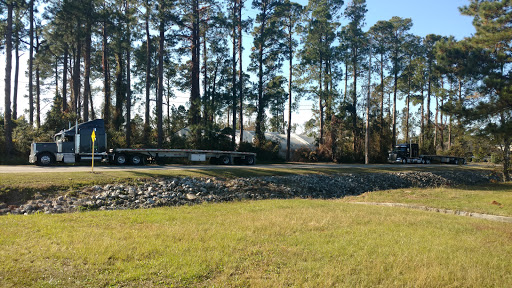 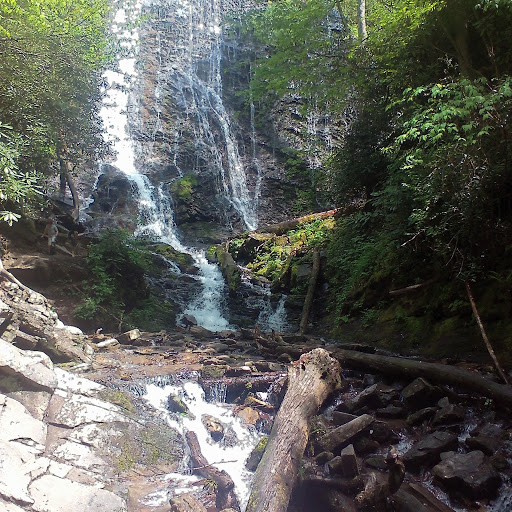 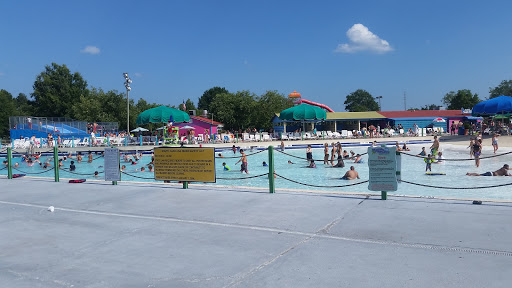 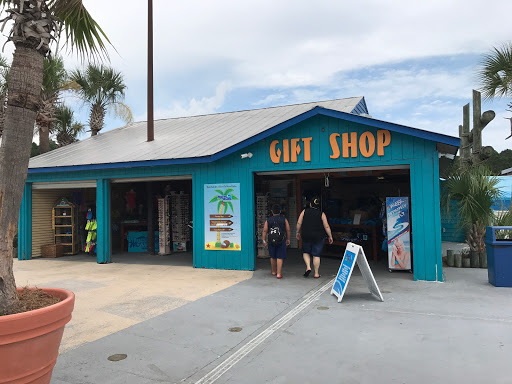 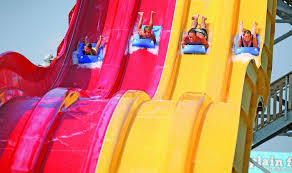 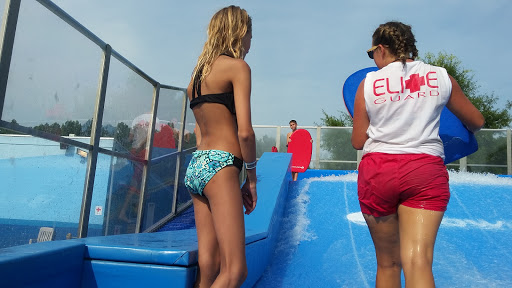 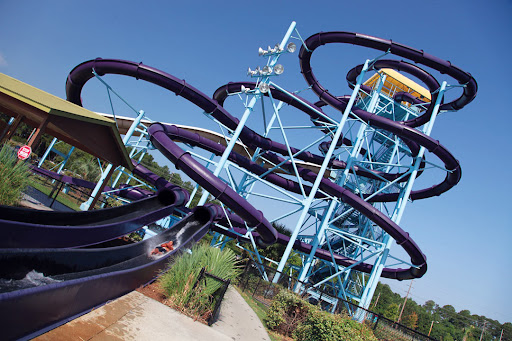 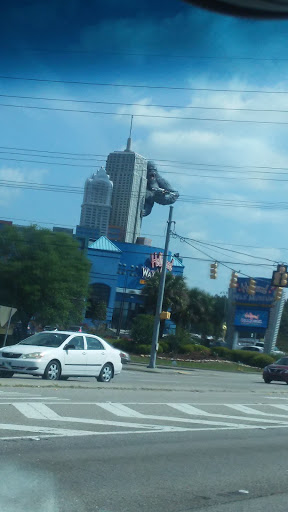 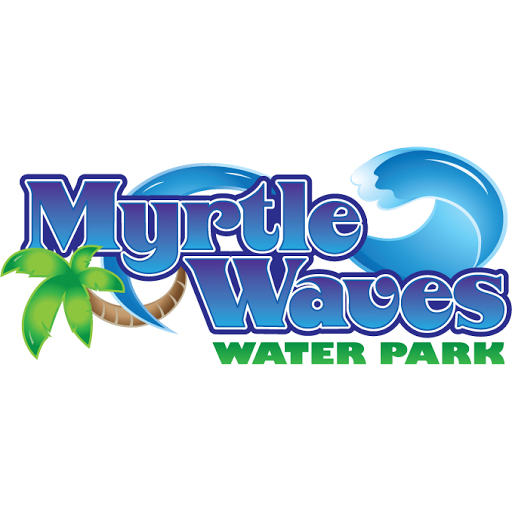 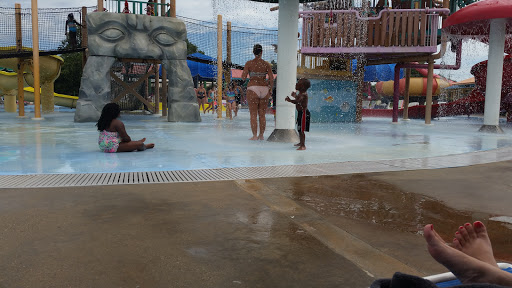