Copy of my facebook review from 9:40pm, 08/13/14: Im writing this review from the Autobahn Indoor Speedway. Ive raced at many go-kart tracks around the country and never once encountered such horrible and inconsiderate customer service. A group of 3 of us drove an hour for a race (2 hours round trip from Washington DC). We got there 28 minutes before their official close time of 10 pm, which they confirmed to us on the phone when we were on our way, but when we arrived with 28 minutes to go, they refused to let us race. They told us the last race just went out but that was clearly untrue because nobody was racing on the track so the last race must have gone out at 9:15pm or before. There was plenty of time for them to do another race for which we were willing to pay full price but at 9:30pm, they decided to close the track 30 mins before the official closing time! They even turned off the "open" sign 20 mins before their closing time. I explained to them we drove for an hour and got their ~30 minutes before their closing time but they couldnt care less. All they cared about was to get out of there and go home – customers or service was the last thing on their minds. If that is so, why do they advertise and mislead customers into believing that they are open till 10pm? If they want to close at 9:15pm, why not just change the official hours to 9pm? At least that would not mislead customers and waste their valuable time. I asked for the owner and the inconsiderate, inexperienced 20 some year old who was manning the counter told me he was the owner which was clearly a lie! When I refused to believe him, he changed the story and said he was the manager but then gave me the business card of his boss who was the Assistant General Manager so he was clearly not even the manager! Ever since I found Autobahn online, I was telling my friends about it and planning to host our corporate events with them and give a lot of repeat business but they dont care for it. I hope the owners will read this review and know how poorly their employees treat their customers. They do not honor their advertised and posted operating hours and treat customers with disrespect. Very disappointed! -------------------------------------------------------- I have updated my review to 5 stars after an exceptional effort by their two Partners, David and Bill, to make amends for my initial experience. They went out of their way, beyond my expectations, to ensure that I was a satisfied customer which speaks highly of their business and service. I will be returning to Autobahn to race at their invitation.

Very interesting battery-operated karting location with two indoor tracks; one technical, and the other built for more speed. The electric carts seem well maintained and fairly balanced such that there is not a significant performance difference between most karts. It is a fun place. we have been traveling around the Mid-Atlantic trying out different tracks, and found this to be a fairly unique location given the two indoor tracks and the electric karts. The karts do not have the barn-burning speed or top-end of Sodi 6.5 or 9.5 HP gas karts, but they handle nicely and dont have the engine fumes to deal with. The facility is certainly off the beaten path, though GPS got us mostly there without any issue. The place seems to be kept clean, and people were well behaved during our visit there. The biggest opportunity we noticed, in compared to other tracks we have raced at, is the absolute absence of any pre-race instructions, safety briefing or guidance. We came in (having never been there before), registered, paid for a race package, were given tickets, and that was the end of any discussion with staff. No safety briefing for new drivers at all. No instructions on pre-race prep or how to tell when it was your time to race. No checking to make sure that my personal helmet was DOT approved (it is). No neck brace requirement (first time Id seen that). During the race, the track marshal (there is only one) does a good job using the move over, green and yellow flags... but this is the first place I have been to that the black flag is just waved at people without any requirement that the recipient pull over for a discussion on what they are doing wrong. Heck, black flagged racers dont even slow down. Odd. It is also interesting that the races are sold as "14 lap races", but thats only true for the heat winner and those still on the same lap as the heat winner. In my first race on the fast track I ran a good number of mid-to-low 17 second laps and won the heat, lapping a several karts a few times. Those karts paid a pretty penny to race 10 to 12 laps, not 14, and it seems to me that the "14 lap race" advertisement could come into question if someone wanted to make a stink about it. Similar experience on the technical track where I ran upper 21 to low 22 second laps, while slower karts running 24 to 26 second laps experienced a couple laps less than I did per race. In total though, it was a fun experience and I would go back there to race and try to get closer to track records. Smooth karts, oddly quiet as compared to my normal gas karts, and a decent facility.

Having raced at a number of these facilities and even done considerable research to open one, Autobahn Indoor Speedway proves the concept that indoor electric karting is going to do very well in this part of the state. My visit was during the first week of operation and the front of house staff was still working out the bugs. It took us a bit longer to register and pay than other similar facilities. If youre thirsty, there is a good selection of cold drinks and snacks (candy, chips) available for purchase. Ample room up front promises additional concessions such as racing gear and apparel. The equipment is top notch; enough helmets of varying sizes and the karts are new (of course). As with competing facilities, electronic scoring is used and displayed on projector screens above the track.On Monaco, the scoring screen is nearly impossible to check while on track, but you can gauge your spot by the fans sitting very close trackside. The two tracks, Monaco and Le Mans, are a bit shorter than the full-sized facilities that can host two tracks (100k sf or more) compared to Autobahns approx 70k sf. However the staff has done a great job of layout creating a challenging duo of tracks that takes a few races to get dialed in. The on-track staff know how to manage the crowd, get racers in and out and effectively flag the races. During my 3 races, I found that it was pretty easy to waste money if you were gridded in a big field or with new drivers. The cars were stopped a few times to clean things up and reset spun cars, resulting in only a few laps at speed. The staff recognized that a few of us were better drivers and put together a full-speed race with a smaller field when wait times permitted. That was really a boost of confidence in the staff and very welcome. Im looking forward to leagues kicking off and even though this facility is a bit of a haul for me at 45 minutes, there is nothing else like it around. Would love to see a sister facility open in Northern Baltimore Co after the success of this location is solidified. This place is a blast for drivers of all capabilities. You will enjoy it. 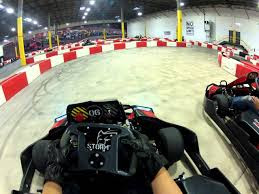 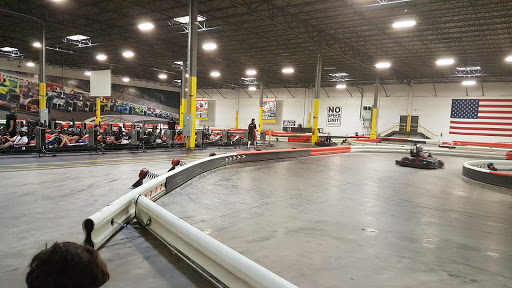 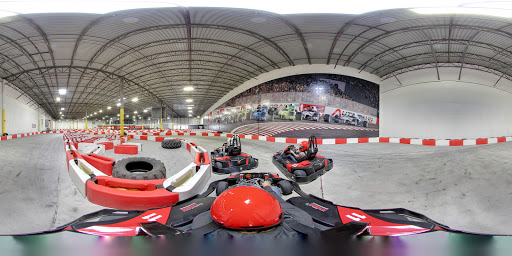 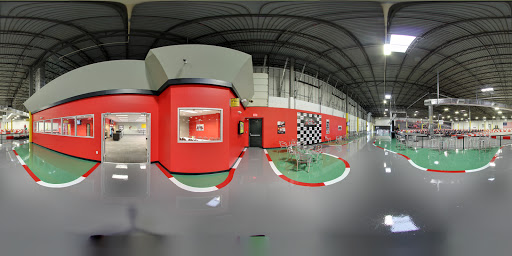 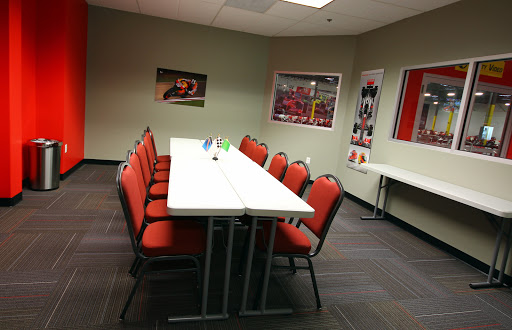 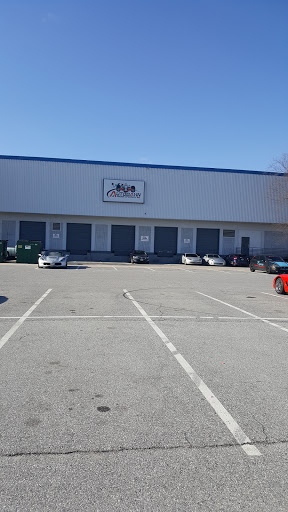 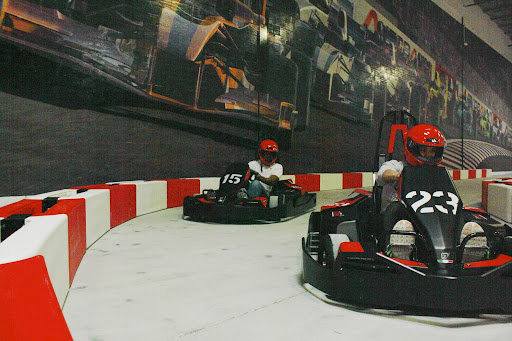 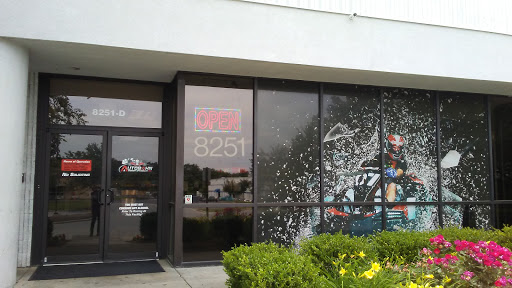 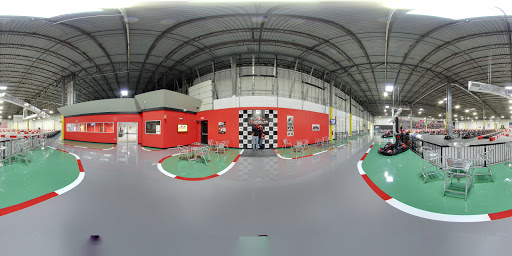 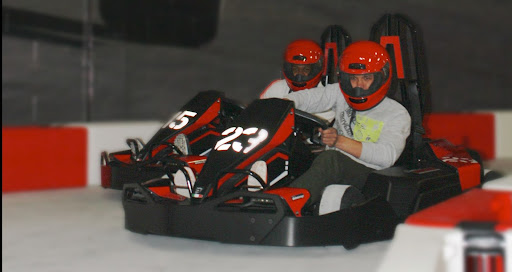 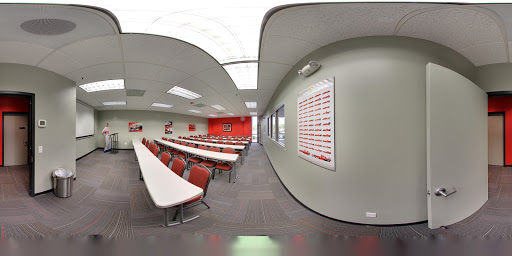 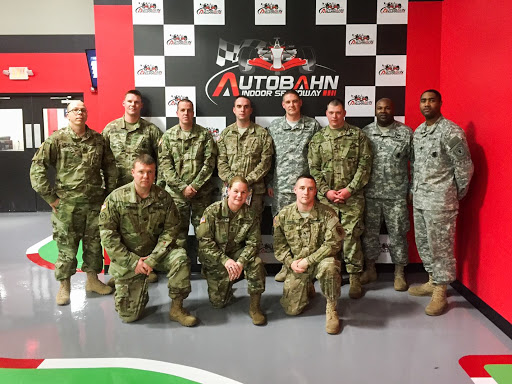 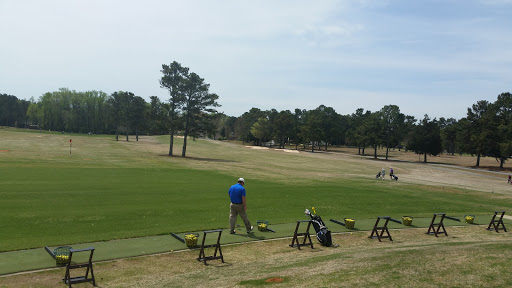 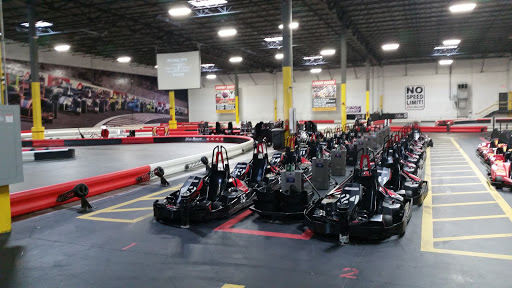 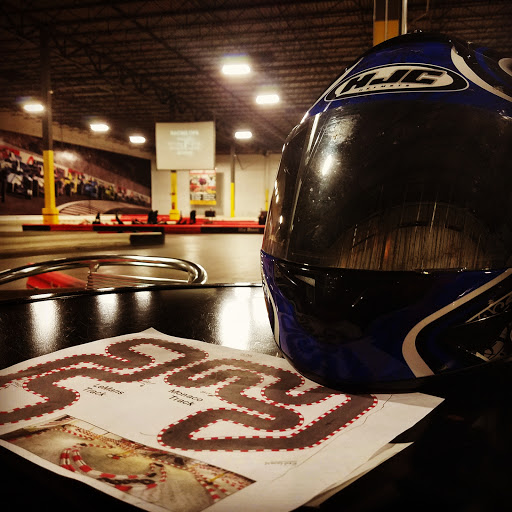 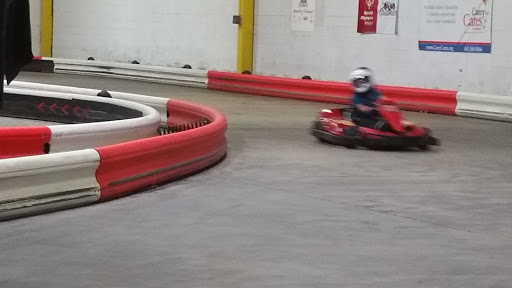 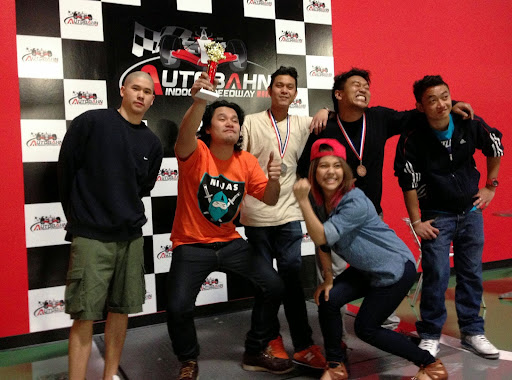 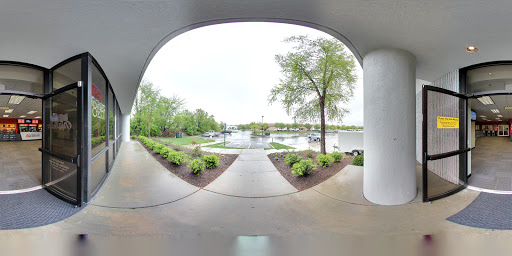 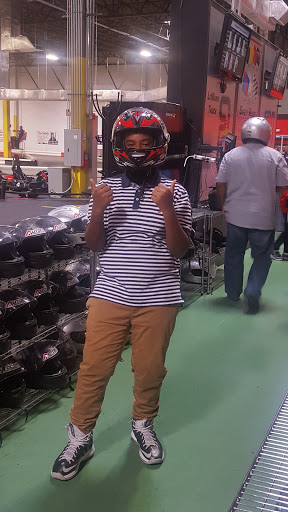