Jump On It fun Center

If you have young children stay far away from this place. I brought my two young kids here for an open bounce and there were a lot of older children running around unsupervised. An attendant came out once to tell them to make sure they moved out of the zipline area when they were done, but thats the extent of it These kids were running around knocking my daughter over, not paying attention to anything. We moved to the other side where she was able to play on her own for a while but then another group of kids came in apparently for a party. These are big kids that should know better and the kid came over and took the bat out of my daughters hand that she was playing with. I then tried to redirect her to another toy where these other children ended up climbing on top of as we were going to it and jumping over to the slide area. Had my daughter been sliding they would have landed on her. So I grab my kids to go to the front and inquire about the supervision policy and I flat out asked if its normally like this because I dont want my young kids around that sort of thing. This other woman whos standing there coming in for a party shes having is listening in and interrupts as if its her business. The woman was being completely rude to me, started cussing at me and the employees DID NOTHING. They let this woman berate me in front of my young kids and didnt care. I finally got to the point where I was shaking and started cussing myself because I couldnt take it. All I wanted to do at that point was get my money back and leave and this woman kept going. My husband then called to talk to a manager about what happened and they sat there and said I started it. Really? I guess by reporting kids that are going to seriously injure someone I did start it. I will never return there and all the people that I recommended the place too, will certainly not be going here either. I tried reporting what was going on for the safety of the kids there and in return I got bashed by another mother in front of my young kids and the employees are taking her side. I guess because her birthday party is more profitable they cared more about her than me. Oh on another note the place is filthy and I had to keep pulling stuff out of my daughters hand. I found a bandaid in one of the jump houses which is extremely unsanitary.

I attended a birthday party at this venue and enjoyed enough to book my sons 8th birthday party here. This past Friday this venue caught FIRE!!! My party was booked and deposit was made 1 and a half weeks ago for this coming Saturday. I have yet been able to get in contact with anyone about my deposit. I understand the deposit is non refundable if I canceled. I believe deposits should be refunded at this time because up coming partys had to be rescheduled at other venues because of the FIRE. Im extremely annoyed at this point. Ive been trying to contact someone since Saturday. It would be nice and also good business practice if there was a number to contact and speak with someone...

its usually pretty decent but we made the mistake of going there on a holiday. I was shocked to find that the was no "maximum occupancy" sign posted anywhere. There was hardly any room to move and employees just kept on letter people in. Theres just no way they were observing fire code. There are some serious safety concerns as well. the one basketball court bouncy castle has a hole in it that leads to nothing but a concrete wall. I had to pull several children to safety from there. One unfortunately fell head first through the hole. Why isnt it sewn up or at least have some padding there? Employees and the manager didnt seem to care when i told them

Attended an "Open Bounce" and hosted a birthday party. It is quite small (only had 4 bounce houses) but that worked well for young children. The overlap between moving one party group to the eating room and letting the new group begin to bounce was chaotic to say the least. The party employees were friendly and accommodating, although they didnt suggest when we should do cake etc. The employee during the Open Bounce was far from enthusiastic or accommodating; I would be much happier if I only worked 3 hrs a day. Overpriced for the size/options. Wouldnt do it again, but had a good experience anyway.

Kids totally enjoyed themselves at my grandsons birthday party. Had a variety of activities for all ages. Was nice that they set up the party room. The only negative that needed improvement was the rear party room floor. It was greasy, very slippery and in some spots hard to walk or stand up from a chair. I asked one of the attendants if they washed the floor with Crisco? Thats how slick it was. She said it was washed at the end of every day. With the amount of dirt and grease on the floor, I highly doubt it. Wouldve rated it a 5 stars if not for the fear of falling factor.

I have hosted a birthday party for my daughter and have taken her to several others here. It is always a great time. The cost is much more affordable then other places for a birthday party and the staff is accommodating. Just as any other play area you have to keep an eye on your kid(s) and there will always be one unruly child or two. No different then any public play ground in this regard but I have never had any issues when taking my daughter. I highly recommend Jump On It for childrens parties.

Jump on it is awesome! My 3 year old loves coming here. He really likes the slide bouncer, which is like a kiddie obstacle course that ends with a slide. They also have one that has a basketball net in it which he likes. The best part... when we go in the morning and leave around 11, he takes a nap :) We drive out from Cockeysville to Forest Hill (about half an hour) and pass the other bounce places to go to Jump On It. Very clean, well run business with friendly staff. Highly recommended.

Picked this place for our sons party based on reviews but wasnt impressed. No one ever monitoring kids, Had to keep looking for our hostess or do it myself. Not much selection, didnt see many that was pictured on website. Every last single couch for sitting was broken...dangerous springs exposed. Really for the price? Not worth the price! Never again! Atleast my son was happy!

I rented a bounce house for my daughters birthday party and everything went perfectly! It was a huge hit. I loved not worrying about setting it up or taking it down. We were even able to keep it overnight for no extra charge. I also loved that tax and delivery fees are included in the price. Would definitely rent from them again.

Only one person working and shes never left front desk. Older kids way to old for the place blocking younger kids from enjoying the moon bounce. This place is horrible and will never return. Dont waste your money here, go to the other one around corner it is much better and they have workers actually paying attention 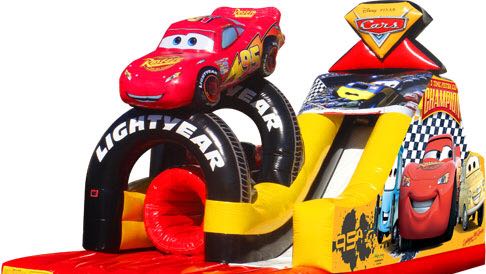 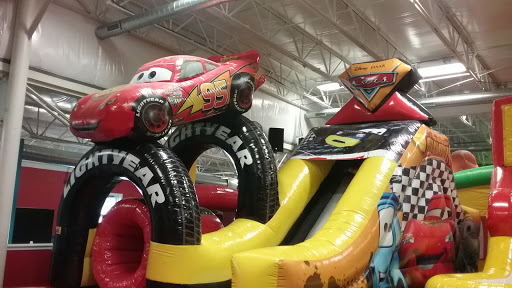 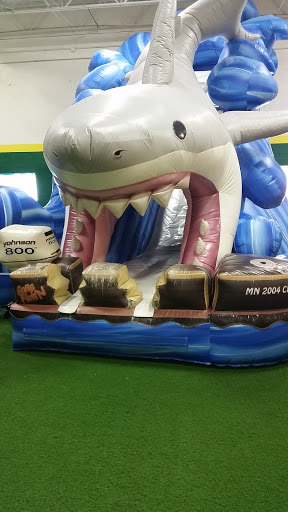 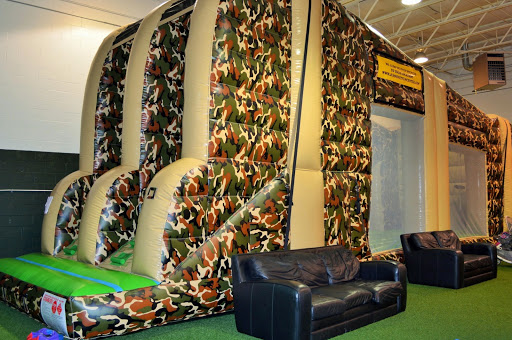 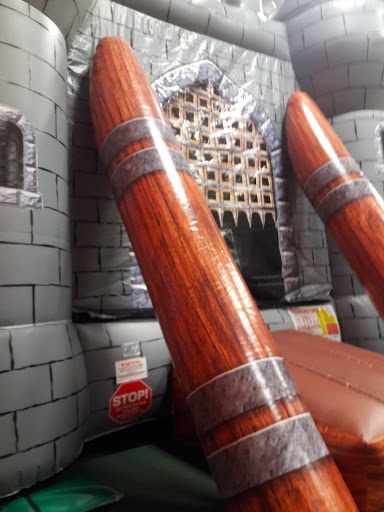 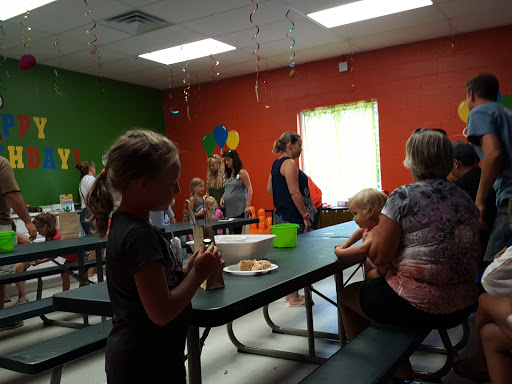 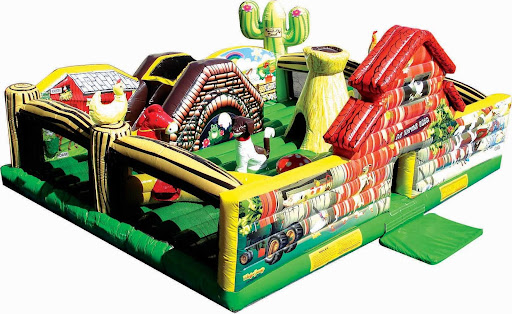 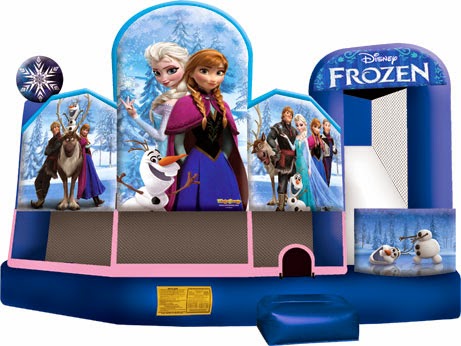 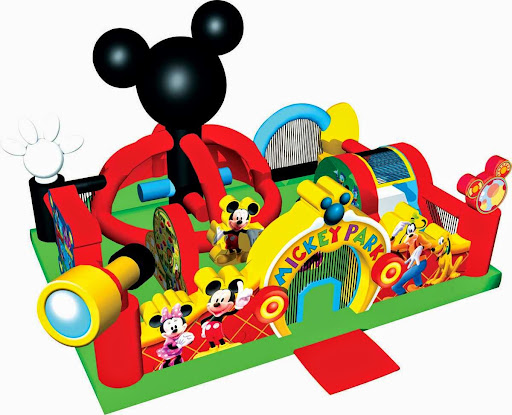 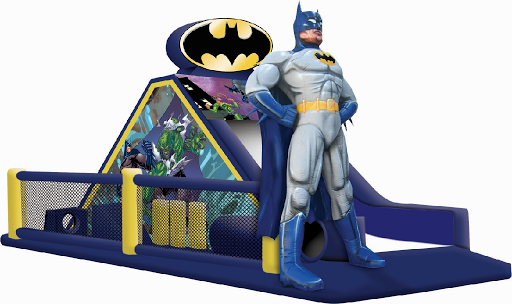 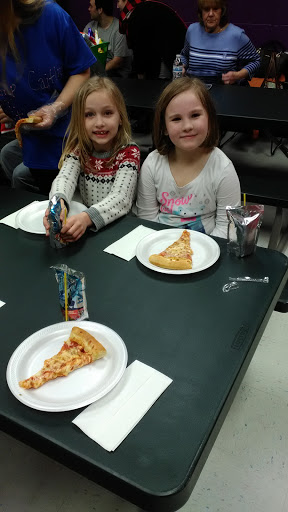 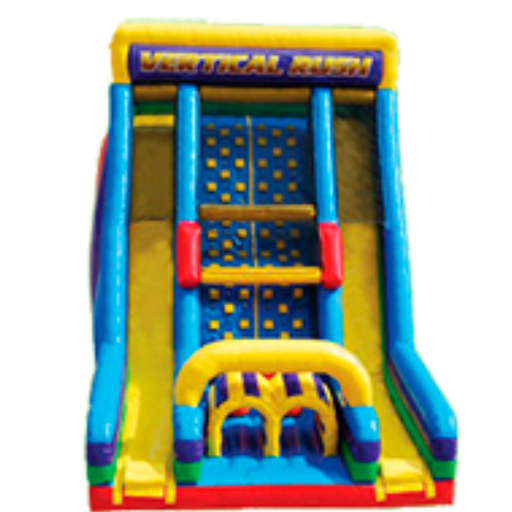 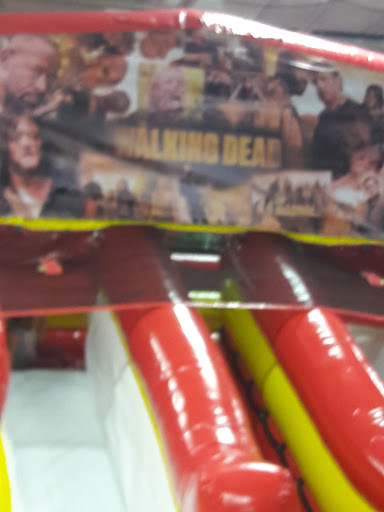 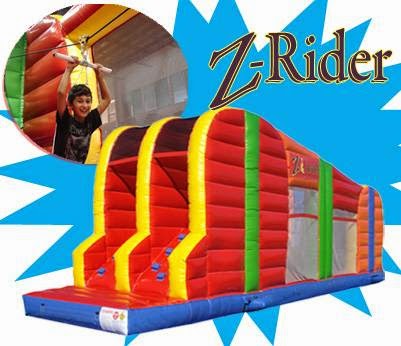 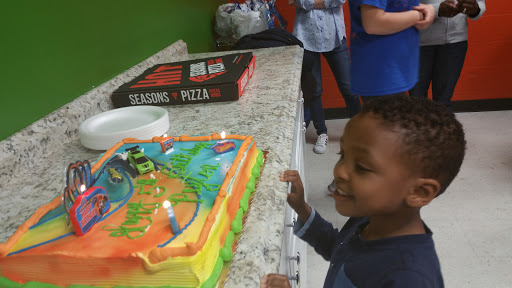 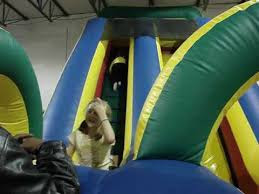