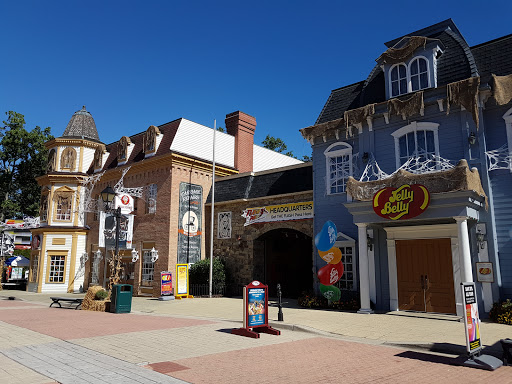 Although Six Flags America has a couple of nicely themed areas and decent rides, overall visiting this park was an unpleasant and uneven experience. There are a couple of good rides in the front left of the park, including the soaking Shipwreck Falls, the standard river raft ride Renegade Rapids, and the familiar Mind Eraser inverted coaster. The right side of the park includes a good classic wooden coaster, the Wild One, and a new spinning wild mouse called Ragin Cajun that is pretty fun but generic and will require you to wait in one of the longest lines in the park. The Voodoo Drop ride is very small for a drop ride, although at least it tries to fit in with the whole Mardi Gras theme in the section of the park where its located. While the Mardi Gras section of the park was a bit of a letdown, at least they tried to theme the area, unlike the theming towards the center of the park, home of a standard standing coaster, Apocalypse, and a decent wooden coaster, Roar. Once you move past those coasters, however, you enter Gotham City, which is the worst amusement park area I have ever encountered in a theme park. Gotham City is home to three coasters and the theming in this area is incredibly sparse and nearly non-existent. In fact, besides the walkways, occasional flowers, generic superhero signs, and giant tacky umbrellas, there is virtually no theming in this area besides the empty fields that surround it and this entire section of the park is highly disappointing and detracts from the park as a whole. The coasters in this section of the park include The Jokers Jinx which was closed when I visited, the parks best coaster, Superman: Ride of Steel, and an early flying coaster, the Batwing Coaster. The reason The Jokers Jinx was closed during my visit is because it had to make an emergency stop that is currently being investigated, although the ride was deserted later on in the week after the incident. Because of this I felt rather unsafe while at the park even though I normally feel safe on rides and that feeling of danger intensified after I saw a ride operator banging on an electrical panel on one of Batwings ride vehicles to get one of the seats to lock and use their name badges pin to get that same seats seat belt to unlock. This kind of behavior by ride operators in front of guests, especially when youre only running one train on all of your rides that should be the best one available, is completely unacceptable and makes for an unsettling park experience. I ended up leaving the park a couple hours before it closed since it was practically deserted on the Friday in mid August I visited and there were hardly any lines, not to mention there wasnt much to go on. On my way out I stopped by guest relations and told them about the panel banging and they seemed unconcerned and were wondering if I wanted to file an official report or just inform them of the incident but they supposedly relayed it to the rides supervisor. I didnt even bother to mention the incredible lack of theming in Gotham City since they probably dont care, but this sad excuse for a Six Flags better clean up their act before they kill someone or are forced to close once people stop coming here for a handful of rides and a lackluster theme park experience.

SIX FLAGS NITEMARE!!!!!! On 20th of June I took my son (SaiVion Brown 12) and my daughter (SaVannah Brown 4) to Six Flags America located in Largo, Maryland. Around 7:20pm we were in the Whistletown area, (which is designated for kids), at the helicopter ride when I told my son to take his sister on the ride and I would rest on a bench which was no more than 15 feet away. As I was at the bench and my children being the only children in line at the time were taking to long to get on the ride, I got up to approach the team member and my children. When I reached them. I asked "is there a problem?" to the team member. His reply was "no everything was good". My children proceeded to get on the ride and I went back to the bench to sit down. My eyes were not once taken off my children even though my son is past the height limit to accompany my daughter on rides. After the ride we were waking about the area to exit the park as it was closing time when I asked my son "what did that man ask you". My son said "he asked did SaVannah have underwear or shorts under her dress". I immediately went to guest services. At guest services I talked to a lady in a white shirt who told me to write everything down and someone would be in contact with me. I was so upset and wanted to talk to a supervisor but no one was available. I waited until the 24th and after no calls or emails I went on Instagram, Facebook, and Google and wrote a review. I got a response from marketing on facebook and the person behind the computer informed me that someone would contact me from guest services. I received a call from Daniel in operations I told him my whole story and he told me he would investigate everything. Daniel said that it should be no reason for anyone to ask my son that question at all. I didnt receive any called or emails so on the fifth day, on the 29th I drove 45 minutes away to get answers. I arrived at Six Flags American guest services and I demanded to speak to Daniel. The team member got the wrong Daniel... So Daniel Ruffin and Karisa Brown both sat down with me and I explained the story of everything again. Karisa went to look up my complaint form to find out no one ever entered it in the system on the 20th of JUNE (BY THE LADY IN THE WHITE SHIRT, SHE WAS THERE THE DAY I DROVE 45 MINUTES AWAY BUT THEY WOULDNT GIVE ME HER INFORMATION BECAUSE SHE WAS "UNDERAGE", A "UNDERAGE" GIRL WORKING IN GUEST SERVICES AS A LEAD?! , the day of the incident. So she entered it into the system and I relieve a receipt with the number GSR 725319. NO ONE AGAIN CONTACTED ME FOR TWO DAYS. So on July 1st I called and spoke to another security team member who said he would investigate the situation. He also then told me that its 4th of July weekend, which is very busy for them so he wouldnt be able to contact me until after the weekend.****UPDATE AS OF TODAY IVE CALLED 5 TIMES, LEFT VERY NICE VOICEMAILS NO ONE HAS CALLED ME BACK! ITS NOW THE 11TH!... THIS SHOULDVE BEEN TAKEN CARE OF. NO APOLOGY, NOTHING!!!!

I have lived in the area all my life and yesterday was my first time ever visiting Six Flags America. I had always heard that it was not a nice place to go and my parents always brought us to Kings Dominion as a kid. I didnt know what to expect but a group of friends were bringing their kids and we had coupons so I decided to try it out. First of all, the drive was really convenient for us (easy to get to) and the parking was really close to the park so it was no hassle there ($15 to park was the same amount I paid to get in with my discount so I wasnt too thrilled about that). The people who worked there were so friendly and helpful and there were so many people working. It seemed like there was as many employees as guests. They all walk around with little sticks to pick up litter and their shirts encourage you to keep the park clean. I park was super clean. I like the consistent message about the code of conduct and they really enforce the rules throughout the park. I really liked that you are not allowed to use profanity in the park because I dont like my young son to hear that and it is hard to do anything about it when you are just walking near people who are cursing. Didnt hear a curse word all day. The bathrooms were outstanding. So clean and there is an attendant stationed in each bathroom who is constantly cleaning. We were in the bathrooms quite a bit yesterday (son is potty training) and they were all spotless. My son was so excited to visit Thomas Town and it didnt disappoint...so well done. It was really charming and fun. The employees throughout the park seem to really take their job seriously and had great attitudes. Almost every last one of them gave my son a high five when he got off a ride. We really enjoyed the water park as well but I thought it was pretty lame that you have to rent a tube ($7 for single, $11 double). The wave pool and other areas were great fun (chairs were a little dated and faded but oh well). We took the kids back to Looney Toon Movie town to ride the little coaster there that they loved and we decided to watch the Dance Off show. It was surprisingly cute. I was happy to see that they keep up with shows and put effort into them (Kings Dominion has really fallen off in the this area). The park was a but small compared to what I am used to, but had plenty to do and my son had a wonderful time. He really wants to go back and I think we definitely will. I am glad I gave it a chance! 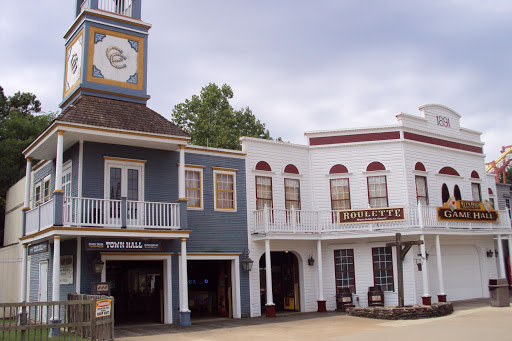 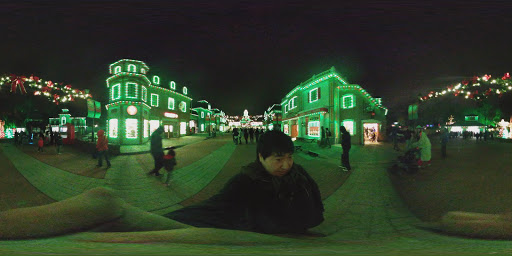 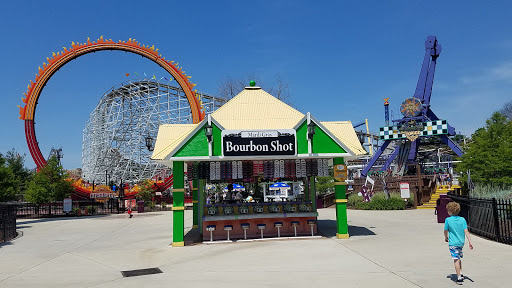 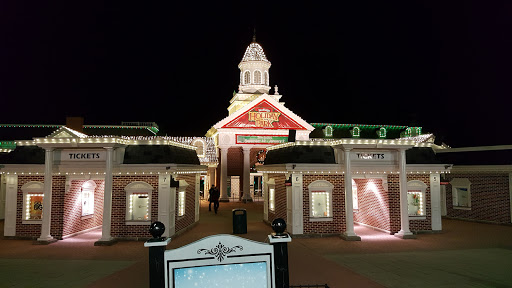 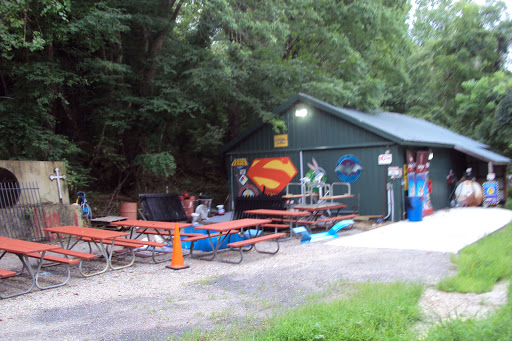 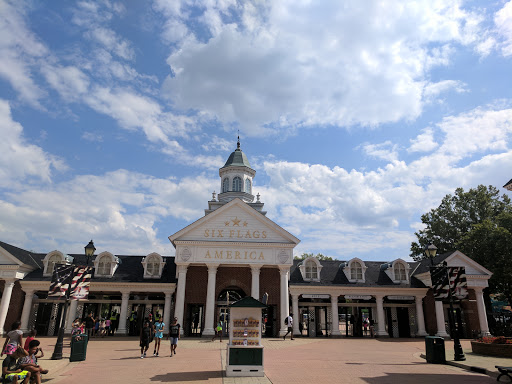 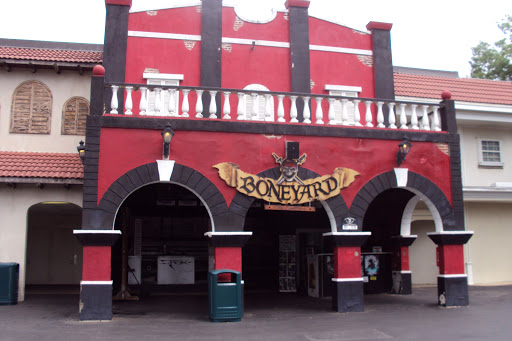 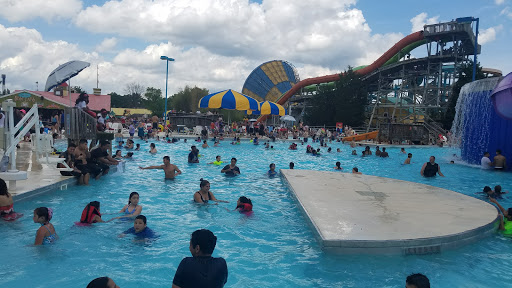 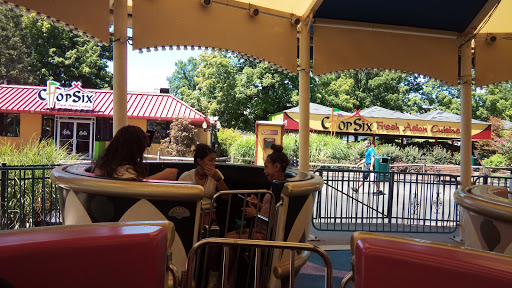 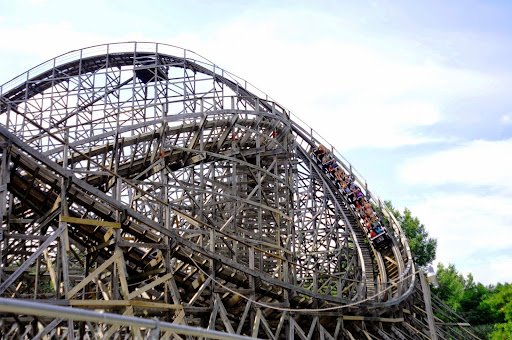 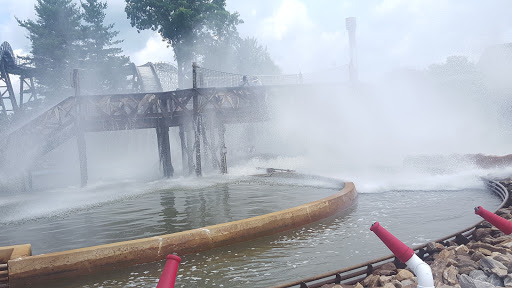 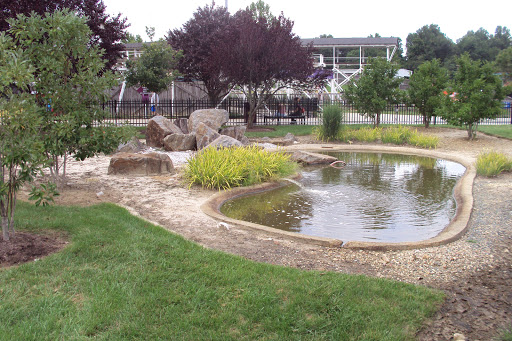 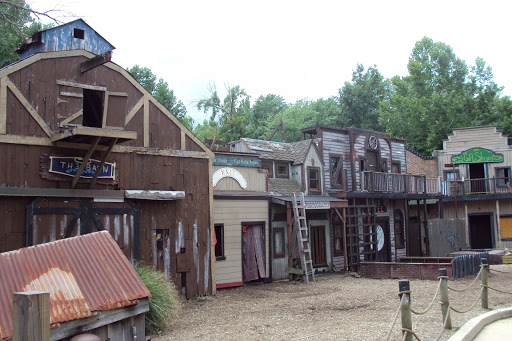 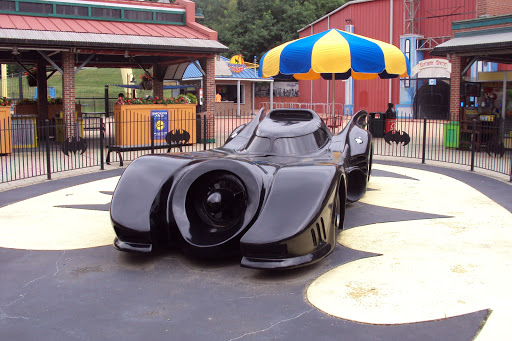 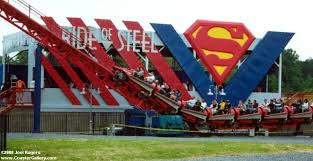 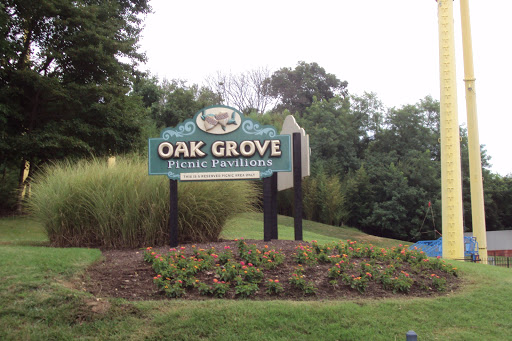 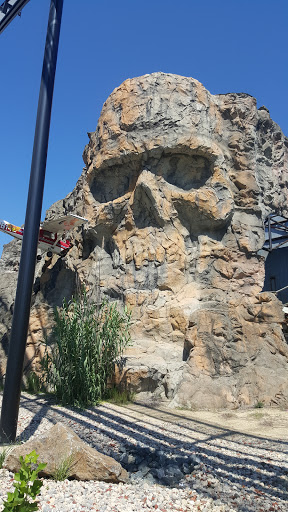 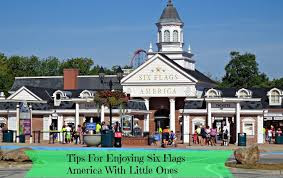 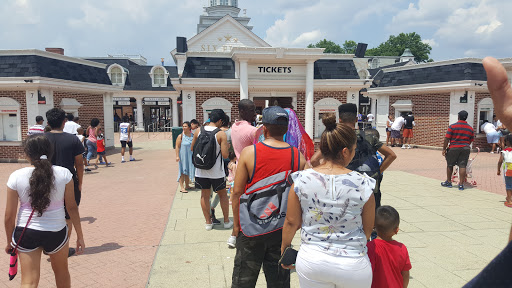