Where should I begin? Let me first start off by saying the worst experience ever and dont book your kids party here. My son wanted a laser tag party and so I called and booked a date for the month of February 2016 (Columbia location). This event was to celebrate my 8 year olds sons birthday. I was expecting between 20-25 guest total. When I arrived parking was horrendous, you have to park on the street or behind the building and that takes a significant amount of time. I finally find a spot behind the building and I still was making good time for my scheduled event. When I walk in, I discovered the original room that was meant for me was already being taken by another group that was present. My guest started to arrive and had to stand around, in order to get into the right room. Meanwhile I go to the front desk to speak with someone to sort of the room dilemma out and the staff seemed clueless. Finally they figured out one of their employees told this particular group of people could just take the room and I would just get the one the group basically rejected. After getting speaking with the manager their they had this group exit the room. This entire process took about 15-20minutes to happen. I get in the room late, my guest are here, and I am rushing to put up decorations because of Shadow lands chaotic and unorganized establishment. Oh and by the way there are only 2 rooms, both of these rooms are extremely small and everyone was hot because your so confined. The attendant assigned to me finally shows up and she looks really flustered and overwhelmed. This is because they have her trying to help manage my sons event as well as other folks randomly walking in to experience a laser adventure. The facility was extremely over crowed and my staff member finally comes in with plates, drinks and cups and she apologizes that the cups were wet because she had to rush and clean them and had no time to dry them off. Well thank God, I already had brought my own supplies and had a cooler filled with kids drinks and other beverages. By the way we never used the cups because if I was just told that basically there was really not enough time to clean them why would I even have people drink out of them? The kids finally head off to their first laser adventure and we were told we didnt have to have any chaperones in the room because their staff would be in the adventure room to supervise things. Well just from my initial experience I was not confident in their abilities. So my group entered the adventure and their are about 20 other unfamiliar people joining the laser adventure as well. I walk in the room to monitor the little ones that were there for my sons party. I eventually find my son crying because his head hit a wall after someone he didnt know hit and shoved him. I am so disgusted that this was the experience we had at this facility and I really wanted my son to have a great time. Especially since he didnt have a party the year before due to the loss of his grandmother around the same time of his birthday. I would not recommend anyone booking a party at this facility, this place is horrid, unorganized and not worth the money they are asking.

So Ive been coming to Shadowland Laser Adventures ever since I was a little kid. Im 19 now, and the adventures only got better and more fun as I grew up and became more competitive. The place is still booming on weekends, and its always fun to bring my friends there to play a few games and to see who can score the most points. The maze is great, the powerups are awesome and have improved over the years, and its just very well-known that Shadowland is the place to go if you want to play lasertag. The reason behind my 3-star rating is as follows. The last time I went, the place just felt different to me. Before you play, youre given a short tutorial of how to play the game and where to shoot people in order to receive points. Ive seen this tutorial many, many times before. They also told us that whilst in the game, if youre having any trouble, yell "Marshall" and someone will come and help you. Well, it just so happened that during my 2nd and 3rd games of my last visit, I yelled "Marshall" at least five times, and had to switch packs four times. I spent more than half the game just waiting and switching packs, only to find out that my new pack wouldnt work any better than the last. I also noticed that the equipment used was old and the staffs reset equipment was held together by duct tape. This just didnt give me a good experience for my last couple of games. Luckily I was able to get a refund for the game that I was having trouble, so that made it a little better. However, to add a little bit of insult to injury, the arcade games that they have in the building are not only antiquated but half of them dont even work anymore. Unfortunately this is what happens to places over time, and it is understandable, but from the point of view that I have where Ive been coming here for several years with lots of different people, Ive really seen the place go downhill. Whats interesting is that this place shouldnt be in danger of profit loss, because they still host many birthday parties on weekends and there is often a wait time, as well as full games on Friday and Saturday nights. It just seems like the owner of the business hasnt taken the initiative to update his or her system and facilities in quite some time, which is why the place has seen better days. I do feel bad for the staff that work there because theyre all very nice and seem to care about their job, but I really would like to come back another day and have the games work perfectly. I was told by one of the staff members that they usually have problems with the game packs when the games are full, and the staff members often resort to resetting or even hitting the packs if they stop working. To reiterate, I feel that it would be significantly easier just to invest in newer, better equipment. The packs have been updated before - I would know because Ive been coming here for several years. Ive seen them updated just once, but sometimes thats all a place like this needs to do as well as they do. Overall, the lasertag games are fun, but for someone who has been there dozens of times, I can honestly say that its been better in the past.

This is a great laser tag facility that can be enjoyed by both kids and kids at heart. I came with my family on a Friday night after a long day fully intending to only play one game with them before resting in a corner somewhere, but I wound up playing all three. It was that much fun. The field is great as laser tag facilities in the area go. Its not too big or too small. We didnt feel like we were bumping into other players every time we moved, which Ive experienced in the past. The GEMs added an element of interest to the game, and we played different formats from game to game. We werent bored. When we were finished playing, we spent a little while in the arcade and grabbed a snack. The staff was friendly and helpful, too. On the way home, the kids were already asking when we could come back. The answer is soon. ShadowLand is a winner. 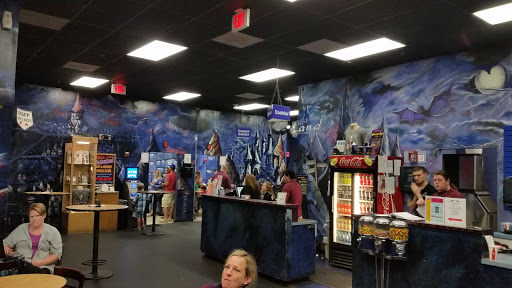 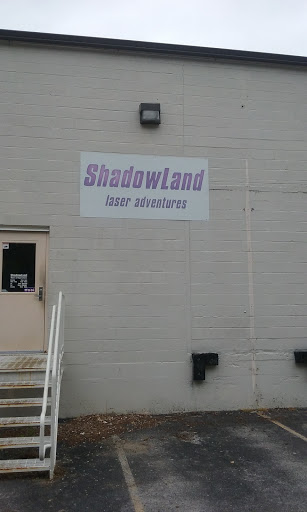 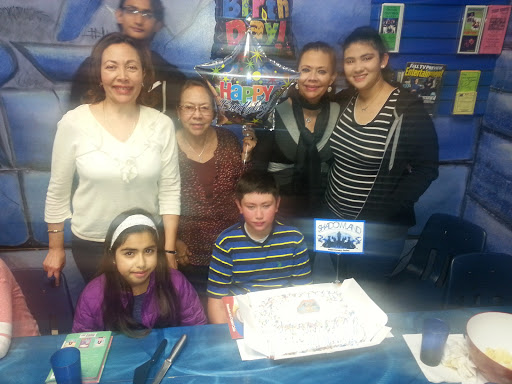 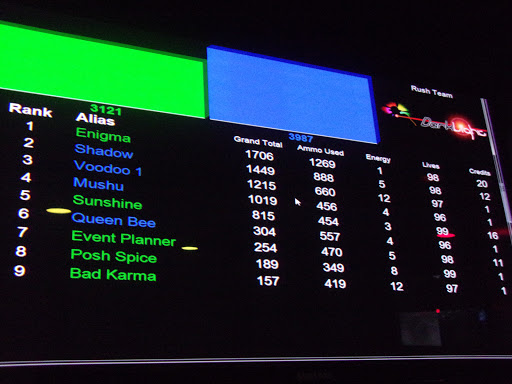 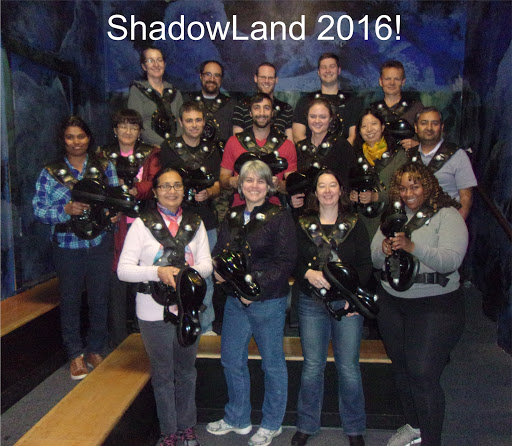 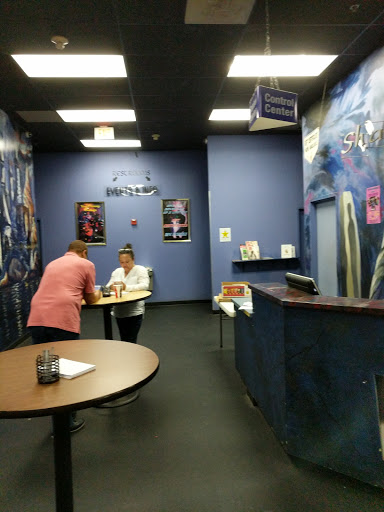 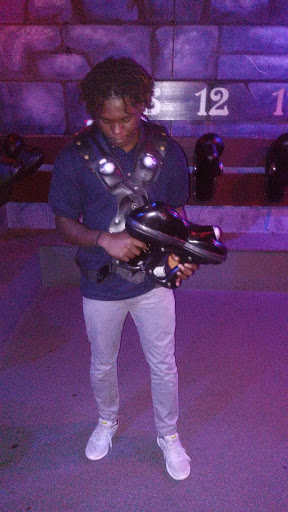 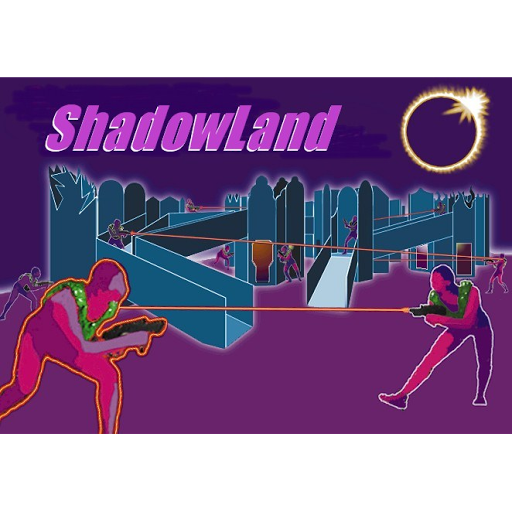 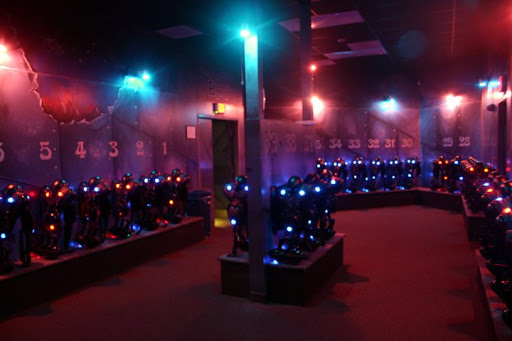 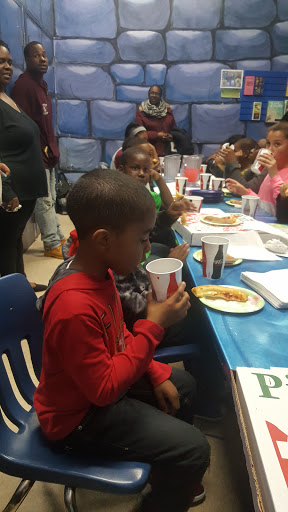 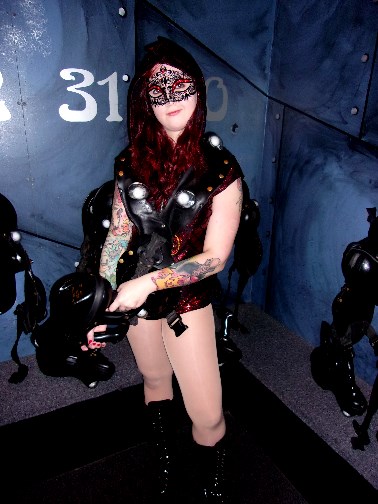 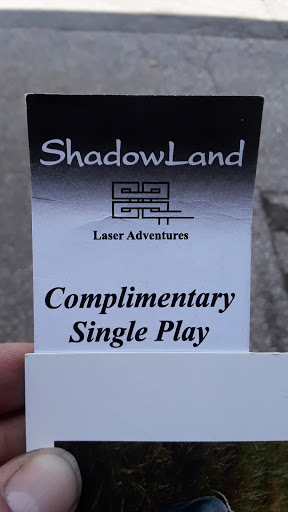 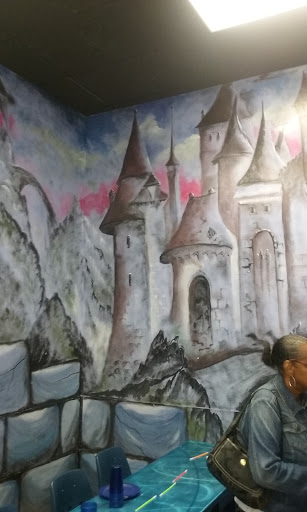 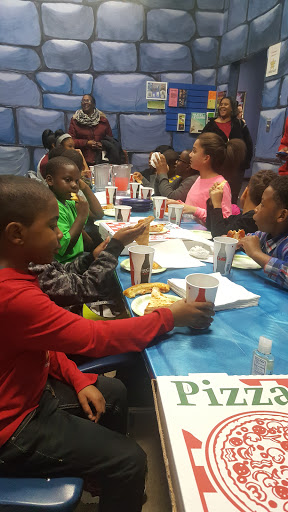 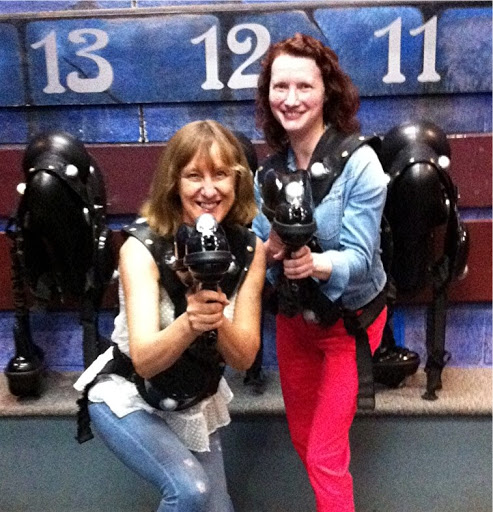 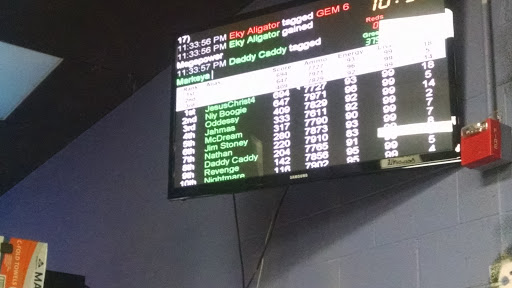 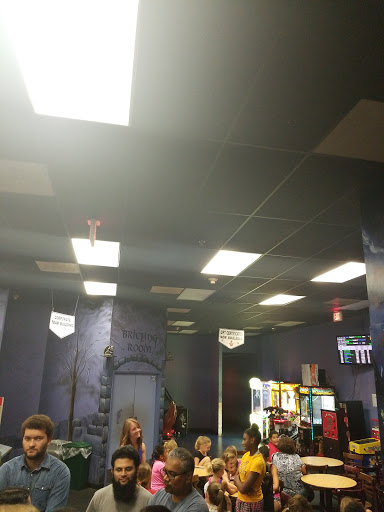 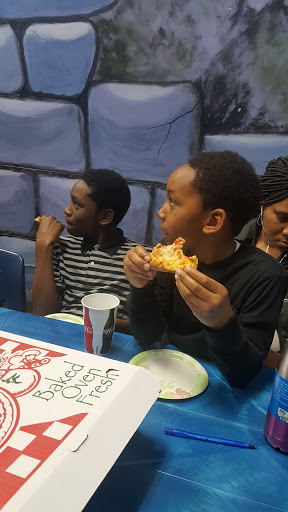