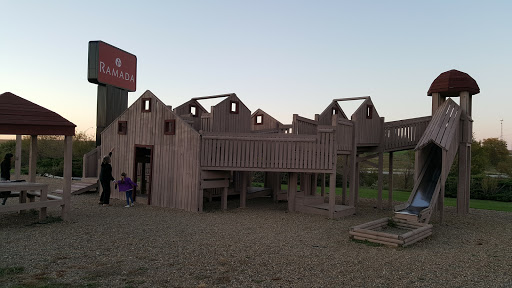 Myself and my friend stayed here 07-22-16 through 07-24-2016. Upon arrival and checking in there was a guest complaining about their stay to the location manager. After check in we experienced this with our room: 1. Severe Reminence of cigarette smoke odor in a non smoking room. 2. Strong mold and chlorine smell. 3. Dust build up on lamp shades and lamps. (See photos) 4. Bathroom door scraped and broken at bottom. 5. Security lock broken on door. 6. Luggage wrack straps broken. 7. Alarm clock broken. *** it is apparent that the maintenance and overall upkeep is a struggle with this hotel location. On 07-23-2016 we chose to have breakfast at the hotels attached family restaurant (Seven Villages) When our food arrived my friends omelet had BIG BLACK HAIRS in it. After visiting the local Amana Colonies, we returned to our room at 6:30PM. Our room HAD NOT BEEN CLEANED AT ALL by housekeeping. I went to the front desk and asked to speak to hotel manager in reference to getting room serviced. His first response to me was "our housekeeping staff has gone home for the evening." He said there was nobody there to clean room. I was very disappointed and disgusted with the aloof response and lack of concern for me as a guest. I had to get his attention again and express I was very disappointed. He asked if I wanted any extra towels. While I was having this discussion with the hotel manager guests were coming up to the desk and complaining about having NO towels in the joined water park. Front desk staff was informing them they were all out of towels and out of luck. My friend and I spent $118 US dollars per night on a room that was never touched by housekeeping our entire weekend there. There are Hampton Inns brand new available with free breakfast for $79. The location manager stated that the reason our room did not get cleaned was due to the do not disturb sign being out. I asked what time they started their rounds. He said between 9-9:30. My friend and I left for breakfast at 9:45. There were two maid carts in the hallway servicing rooms when we left. I have never stayed at a hotel that just bypassed the cleaning like this location did. It was unprofessional. *** again it is apparent this location is struggling. The night of 07-23-2016 my friend and I were unable to get to sleep because there was a guest in one of the 3 pet rooms on the property that left their pet unattended in the room and the dog barked non stop for over an hour. We had called down to the front desk to complain and they said they were aware of the issue. It took another 90 minutes for the "issue" to be quieted down. Guest name: Meredith Griffiths Room 184

My family and I went to the restaurant located in the motel, and we were greeted with a waitress who made the impression like we were an inconvenience. We sit down, and I ask my son if he wants some chocolate milk to which she snarled, "We dont have any chocolate milk". Fair enough. She comes back to take our order and my husband asks for a few minutes as I havent decided what to eat and she explains how she wants to take our order before the party of nine next to us places their order. So Im trying to hurry and ask my son if he wants macaroni and cheese and again, she snarled, "We dont have any macaroni and cheese." While Im trying to ask my son if he would prefer a cheeseburger, I ask what soup she has which I dont personally prefer and then say to my family, "You guys just eat, Ill eat something later"... I hand my menu back to the waitress and my husband expresses that I should eat and as Im saying no its ok I will eat later, she literally takes the menu and throws it back in my face and proceeds to ask my husband in front of me if he should just order something for me. We decide to leave as a result of the menu being pushed in my face and the rude service we received from the waitress. So far the front desk service has been great, but I refuse to be treated like a burden to a waitress who lacks customer service skills. We will not be returning.

The hotel is anything but clean or friendly. As I was walking in to the hotel to check-in I passed both receptionists who were too busy talking to each other to even notice me walking in. I waited at the front desk for twenty minutes before either of them returned to their actual job. Once I finally got into my room it was clear that it hadnt been updated since the 90s. They try and make it nice in photos but its is all a sham. The door frames/doors are busted up, walls are dirty and have giant dents all over, comforter has stains all over it, every lampshade is busted up, all furniture is scratched/dented/or basically completely destroyed. The bathroom is horrible. When I walked in the water was still on in the shower. Because it was impossible to turn off. The hot water is permanently on because the handle is completely corroded. And the tub itself is about to go out any moment. As soon as you step in the tub starts heaving and popping under each foot. This hotel is a nightmare, dont even get me started on the lovely smell of mildew when you walk in, or the faculty who smokes right at the side entrances. My room was right by the entrance and could smell the smoke each time someone needed a smoke break. You are better off staying at the Motel 6 across the street.

There are certain items within the reviews that I agree with. There seemed to be a musty smell in some of the hallways, but I didnt notice it in the room at all. As also stated, the decor is slightly dated which may be a draw back for the elegant crowd. Now that the bad is out of the way, lets get into the good. We were driving back across the county with our 5 & 7 year old sons and found this to be half way. It had a pool, which was nice but I wasnt expecting much due to the low cost of the room. We were pleasantly surprised. The rooms were clean and the beds were comfortable. The restaurant was very nice, good food, and good prices.... I gave a 30% tip which is way outside my norm. The pool and slide accommodations along with the mini golf were perfect for our sons - even if it was an additional $5 per person. To top it off, they were showing a free movie in one of their meeting rooms which was the perfect way to end the night. If we didnt have a scheduled to keep, I am confident that we would have have stayed an additional night. Is there areas for improvement? Of course, but you will find that with any hotel you stay at. The value of amenities for the cost was awesome and we will definitely be staying again if we ever get in the area.

We had four rooms for our group on a Saturday night. When we walked into our room, the first words out of my mouth to my wife was "This room stinks." It reeked of mildew so badly. Within 20 mins of getting checked in, I talked with the rest of our group and went to their rooms. Same story in their rooms- one of their comforters wad even wet. It was so bad that the wallpaper above one of the air conditioning units was bubbling and the door frames to the bathrooms were rusting. We went and talked to the manager and she walked down to the rooms with us to check them out. She offered us rooms on the 2nd floor and we said that we wanted to check them out first. We walked into the first new room and one of our group members noticed a large stain on the comforter. When he pointed it out to the manager she responded that it seemed like we had not enjoyed our experience thus and that we would be happier staying someplace else. Upon that "suggestion", I agreed and we found someplace else to stay. We cancelled our rooms at that point and left. She was right in a way though. We decided to stay at Riverside Casino in Riverside, IA for about the same rate with actually clean rooms. 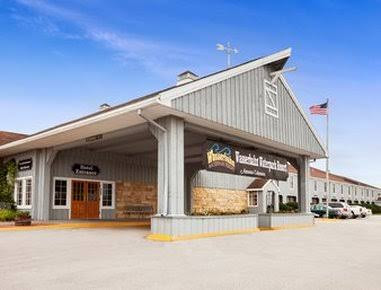 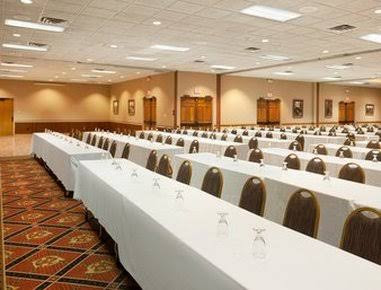 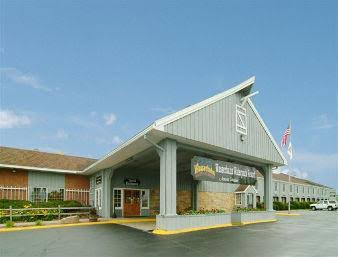 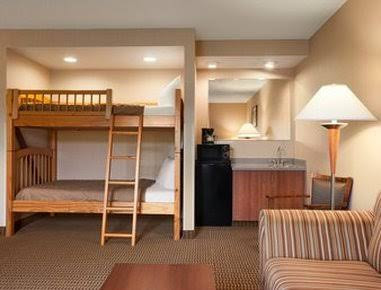 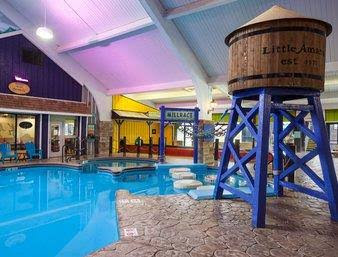 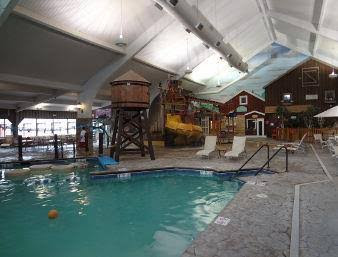 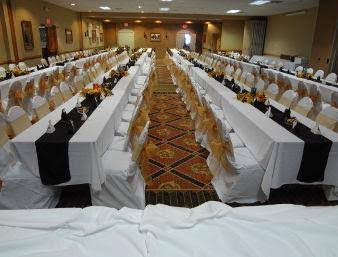 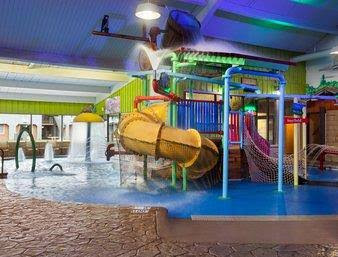 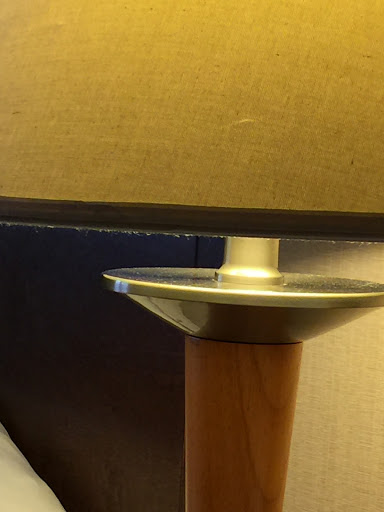