Built in 1926 as one of America’s most elaborate movie palaces, the Tampa Theatre today is a passionately protected and beloved community landmark. Designed by famed theater architect John Eberson, it is a superior example of his “atmospheric” style of design. Upon entering under the Theatre’s “blade sign” marquee, audiences are transported to a lavish, romantic Mediterranean courtyard, replete with old-world statuary, flowers and gargoyles. Over it all is a realistic night sky filled with twinkling stars. Like other lavish downtown movie palaces around the country, Tampa Theatre was enormously popular when it opened. For the first time in history, the common person had access to opulence on a scale never before imagined. For 25 cents they could escape into a fantasyland for two hours, enjoy first-class entertainment and be treated like royalty by uniformed platoons of ushers and attendants. By the end of the 1920s, more than 90 million Americans were going to the movies every week. For several decades, Tampa Theatre remained a jewel at the center of Tampa’s cultural landscape. Generations of people stole their first kisses in the balcony, followed the world through the newsreels and grew up coming to the Theatre week after week. But by the 1960s, times had changed. America’s flight to the suburbs was having a damaging effect on downtown businesses, and among the hardest hit were the movie palaces that lit up America’s main streets, especially with the advent of television. Audiences dwindled and costs rose. Many of our nation’s finest movie palaces were demolished as the land beneath them became more valuable than the theater’s operations. In 1973, Tampa Theatre faced the same fate. But Tampa’s citizens rallied. Committees were formed, community leaders got involved, and soon a deal was reached to have the City rescue the Theatre. By the time the Theatre reopened to the public in January 1977, it had become something of a national model on how to save an endangered theater. Today, the Theatre is managed by the not-for-profit Tampa Theatre Foundation and is a remarkable success story. As one of the most heavily utilized venues of its kind in the United States, Tampa Theatre’s single auditorium hosts more than 600 events each year, including a full schedule of first-run and classic films, concerts, special events, corporate events, tours and educational programs. Since being rescued in 1977, Tampa Theater has welcomed more than 5 million visitors to downtown Tampa — including 1 million school children for field trips and summer camps — all within the context of one of Tampa’s largest historic preservation projects. Community support and contributions are critical to the Theatre’s continued vitality. In spite of its successes, the Theatre only earns about 60% of its annual operating budget through ticket and concession income. Contributions to the Tampa Theatre Foundation from individuals, companies and foundations help make up difference and keep the Theatre accessible and affordable for everyone. Tampa Theatre was named to the National Register of Historic Places in 1978, is a Tampa City Landmark, and is a proud member of the League of Historic American Theatres and the Art House Convergence.

Of the greatest historic landmarks in the Tampa Bay area. The prices are but two dollars more than the average ticket at an AMC or Regal theater, but the impressive interior is well-worth it. Closest way to describe its single theater is Mediterranean gothic. At the entrance, an antique concession stand that sells beer, soda, and candy. Follow the entryway and enter through the second set of doors into the theater room and follow the route of carpet into a seat near the stage and look up. A dark blue ceiling with small twinkling lights. Look right, a large facade that starts at the wall, arches above the stage and its screen, and ends on the left wall. Small lamps, open spaces, busts and intricate designs. The theatre is die-hard classicist. Old movies, fan favorites, well-received critiqued films often takes up its screen time: Casablanca, Breakfast at Tiffanys, The Breakfast Club, Indiana Jones, Shakespeare in Love, Schindlers List, etc. Because the theater relies on donations and events to keep it afloat, the times are not always accommodating to most peoples schedules. They hold events regularly, but that does not get in the way of primetime movie screening. If its date night, and a movie you would enjoy watching is showing there, Tampa Theater is always a viable option.

The Tampa Theatre is amazing! When you step into the theatre, you are stepping into history: everything, from the water fountains to the fixtures, exudes that indescribable essence that creates an eerily antiquated atmosphere. When you take your seat to watch some old or independent film of monstrous caliber or historical significance, you will find yourself feeling as though you are among the night sky in all of its majesty, for the ceiling is littered with artificial stars and is of a mesmerizing shade of blue that grips the senses in intoxicating bliss. Also, they have popcorn and beer.

The building is a piece of art. It feels like you are stepping back in time when you walk in. Everything has been preserved beautifully. Prior to the movie, there was an organist that played lots of famous movie scores, which was pretty cool. The screen is a bit small compared to todays theaters, but that didnt matter too much. The movie was crisp and perfectly clear. No cup holders, so having popcorn, candy, and a drink was a bit of a juggle. All in all, I will return as I had a great time and like that all the money is used to preserve the history.

With more people downtown why cant Tampa Theatre do more than one screening at night? A 3:00 screening might bring more revenue to the theatre. I live in St Pete and dont have a car-the only way I can visit Tampa is on the city bus which stops at approx 6PM and picks up again at 6AM. I recently saw Knight of Cups at Tampa Theatre, rode the bus over but had to ride bike home (a 20 mile bike ride.) I appreciate that Tampa Theatre is showing foreign and indy releases that no one else is..just wish it was easier to get to by bus.

The Tampa Theatre is an architectural time capsule from when movie theatres transported you, along with the movie, to exotic locales. The City of Tampa bought the theatre for $1 in the 1970s, and has lovingly maintained, restored, and eclectically programmed the 1926 theatre with nearly 600 events per year, appealing to young and old alike. Bringing in new audiences breathes life into the Grande Dame on Franklin Street, in downtown Tampa, and ensuring its relevance for another 90 years!

Tampa Theatre is a treat for all the senses. Lush colors and open seating with mezzanine are surrounded by the original faux facade of Italian village. On occasion the organ comes up out of the floor pre show. Great for catching a French movie with a gal pal from the retirement home or with that online date you want to make sure he is just as quirky as you. The seats are so uncomfortable however so maybe take a stadium cushion. Not Joking. But it is definitely a must do once in Tampa.

Listed as one of the ten best theaters in America, this theater exceeds any others to which I have been. Though the seating is a bit cramped for a tall person such as myself, that is a small price to pay for the ambience and entertainment options offered. Great films both old and new, films that are not shown anywhere else, and concerts that would never sound as great in other venues. This is a perfect place to spend a few hours. Get there in time for the organ music. 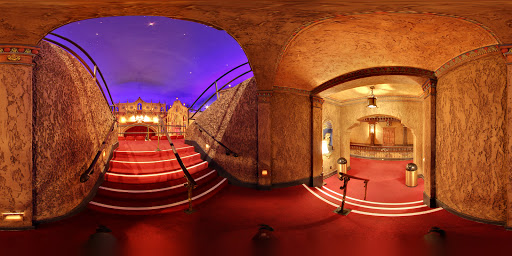 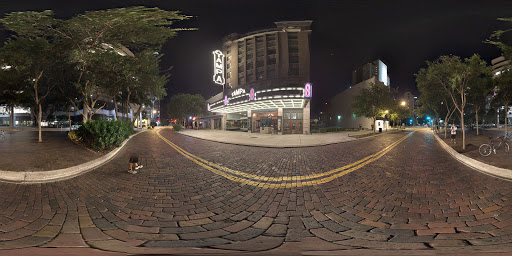 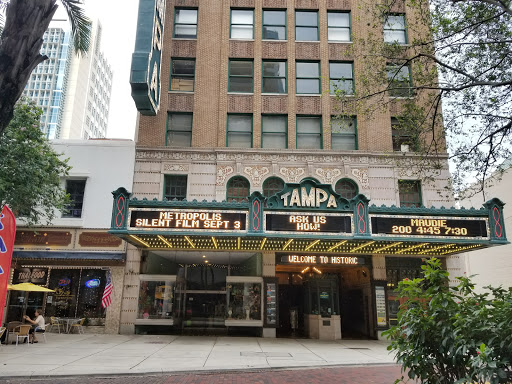 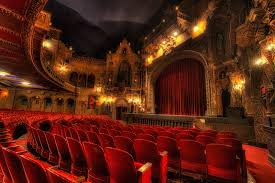 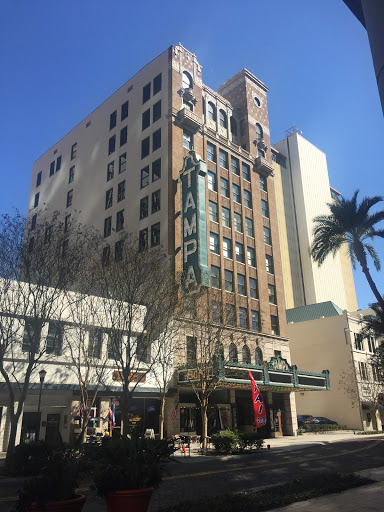 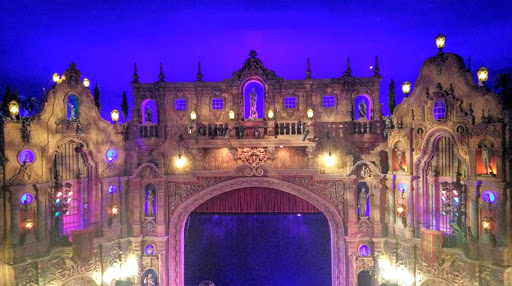 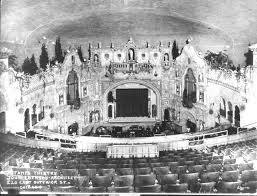 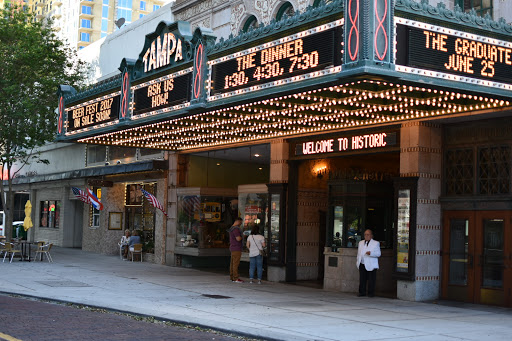 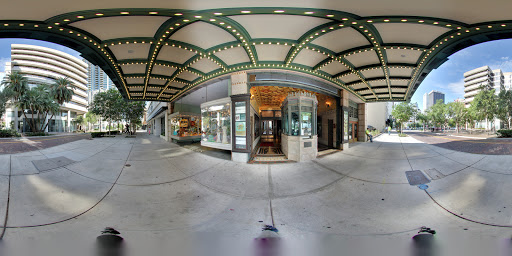 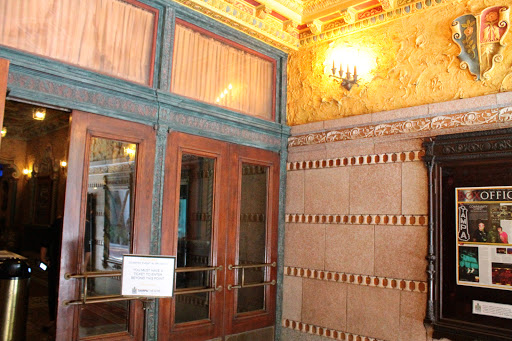 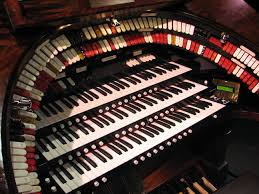 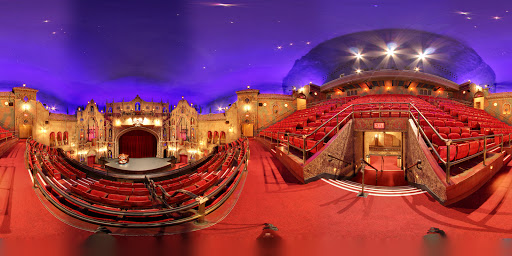 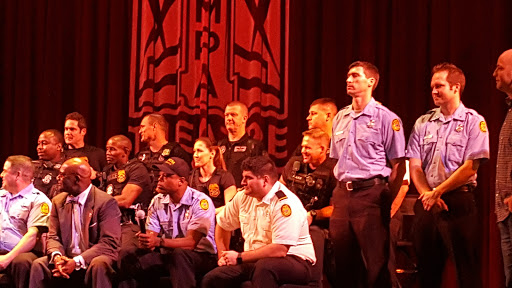 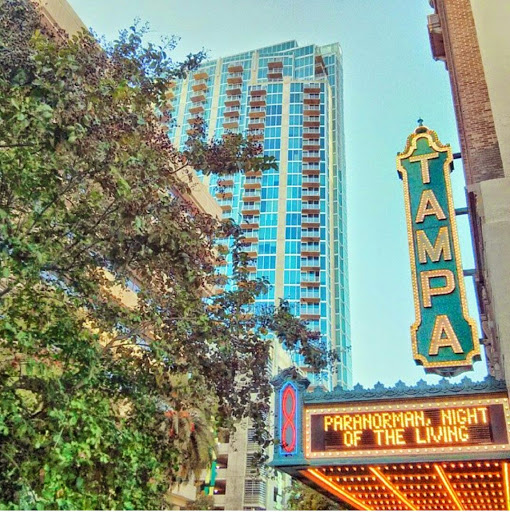 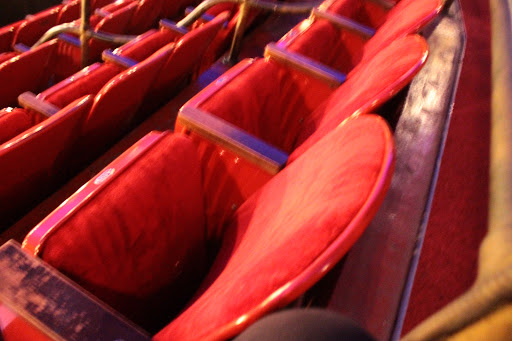 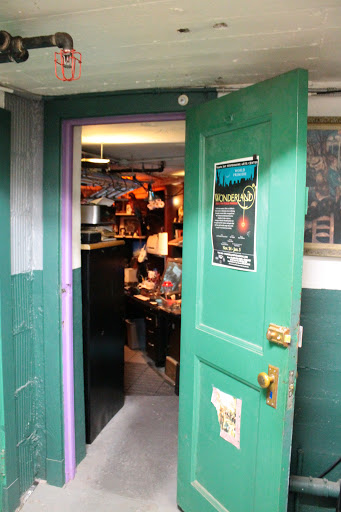 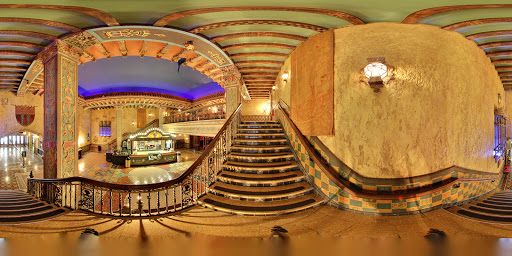