I have now been to Water World a total of four times since relocating to Colorado in the summer of 2008, including three times for my birthday. While it would certainly be convenient if it were located in downtown Denver alongside Elitch Gardens and the Pepsi Center, its neighborhood setting only adds to the appeal. Unlike the last three times we visited, we made sure to arrive early today and got to the park before it supposedly opened. (For some strange reason, the gates were already open, so we were inside the park well before the ten oclock opening time.) The intention was to maximize the number of rides we could go on by arriving early, but we only got in three rides before lunch and did no new ones after. (To be fair, this could be better attributed to personal scheduling conflicts rather than any problems with the park itself.) We had hoped to ride the Mile High Flyer, the new water coaster that had just opened up, but alas the lines were too long. Dont be deceived by the sixty minute waiting time sign outside of Voyage to the Center of the Earth- we got all the way to inside the building and were even able to skip a few lanes and it still took us well over seventy five minutes to get our tubes and go up. To be honest, there is nothing phenomenally spectacular about this ride. Ive been on it twice now in four trips, and I can honestly say that it was not worth the wait either time. It relies heavily on special effects and props- for a much shorter waiting time, you might as well ride Lost River of the Pharaohs. Its basically the same ride, just taken down a notch and involving ancient Egypt instead of dinosaurs. The River Attractions were a sure bet all four times we visited and are an essential component of any visit to the park. Unless you are a large family with small children, I recommend the single tube slides as opposed to the family tube ones. We had hoped to ride Screamin Mimi and the Revolution, but both times the lines were too much to bear, a true testament to their popularity and excitement. Finally, Thunder Bays wave pool is enough of a reason on its own to come to the park as it releases giant, smashing waves at timed intervals, although small children may need a tube to avoid being accidentally crushed by the larger guys such as myself. All in all, the attractions deliver a solid bang for your buck, even though the lines will ensure that you dont get to ride many of them. The facilities seemed to improve slightly each time I visited, which is always nice. While the park is certainly littered with its fair share of trash, the staff do their best to ensure that it looks as nice as possible and is incredibly helpful and knowledgeable towards customers. The only complaint I have in this area is the roughness of the scorching hot pavement, which will give you sores on your feet unless you bring flip flops or sandals. (Conversely, if you DO bring them, they become a bit of a hassle on certain rides, so it may be best just to deal with the pavement.) The service was solid as well- lifeguards are practically everywhere, and everyone seemed to be doing their job properly. We typically purchase the family four pack from King Soopers, which includes a voucher for pizzas and drinks. Its a great package, and I strongly recommend it for mid sized groups of several people. The bottom line is that while its main attraction falls short of expectations, the rest of the park more than makes up for it, resulting in a place truly worth visiting. If youre the kind of person that simply wants to ride as many rides as possible, then Id recommend Elitch Gardens instead- it even has a smaller water park which can be accurately described as a scaled back version of this place. However, if the number of rides you fit in is not as important as the quality of those rides, then grab your towel and swimtrunks and head on over to the countrys largest water park. I promise you, you wont be disappointed.

Drove to water world from south of pueblo - (4 hours driving )Spent 30 minutes waiting at the gate due to there credit card processing/computers having issues -sent to the guest office waited another 15 minutes - Swiped card atleast 20 times - rebooted computers 7 times between both places.Would not process a manual transaction or allow us to get money from the ATM. Wasted nearly an hour of my familys time, No empathy , No discounted ticket ,or Tube valet. The employees literally did not care. Paid 75$ to ride 3 rides (in the 2:30 hours we had left before water world closes, because each line wait was in excess of 45 minutes, you close the ride entrances 30 mins prior to 6pm) Discovered there was puke in the tube we where handed,asked for a different one, given a nearly flat one instead that deflated on us during the ride.Tried to use one of the coin lockers because the band ones were all taken - Took my token - asked the 2 people standing at the cart about it because the key was literally stuck inside and could not be removed by anyone after inserting tokens and his answer was Ill tell someone thanks ! Ended up spending 3$ on tokens - We used to come here every year several times since we are colorado natives however after the lack of any real enjoyable experience and management(red shirt teenager ) being apathetic and the apparent greed thats placed above customer satisfaction - ASK YOURSELF FOLKS IS THIS WHAT YOU COME TO WATER WORLD FOR ???

I cant begin to describe my disappointment in this park. We arrived at 1015 and stood in line, a short line, for 45 minutes just to purchase tickets to enter the park. There was no explanation for why it took so long. The first ride we went on was the voyage to the center of the earth, another hour long line with a half mile trek carrying our tube. I watched every video I could find on this ride to ensure it wad appropriate for my kids and my husband, who suffers from PTSD. The video provided on the parks website shows a low key float through a robot dinosaur exhibit. The ride itself was mainly pitch black with drops throughout. It was not "low" thrill level. We walked away with two crying children and a shaken dad. Now its almost 1pm and the day feels shot. We purchased the pharaohs feast, by far the biggest waste of money Ive ever seen. It was 70 dollars for four of us to eat!! The fresh fruit was canned pineapple and some beat up oranges. The meat selections were sad. The salad was the best thing and it was out of a bag. We spent what little was left of our day at a very dangerous wave pool where the lifeguards were paying more attention to blowing the whistle at each other than watching the water. I will not return. We spent almost 300 dollars and would have had much more fun at the neighborhood pool. Try pirates cove!! Its much more family friendly and the lifeguards are wonderful and attentive.

I love coming here its so much fun and the rides are awesome but the ones that seemed scary to me are journey to the center of the earth and the pharaoh one you should get rid of both of them I always enjoy my experience I have come here more than once,one was when I was living in Lakewood with my moms boyfriend and his kids and when my mom wasnt feeling so well also I came with my mom,aunt,uncle and my cousins it was a fun time but I have not been here recently I also love the 2 wave pools that you guys have I think its really relaxing I also like the lazy river and some of the other water rides you guys have Also, I hate how elitches does not have great food also their roller coasters are scary and they do not let you bring a food or drink inside which I think is stupid I hate the roller coasters there they turn,twist and go upside down but I like the water rides at elitches accept for the speed slides also I like some of the water rides at Water World but not the pharaoh one and the journey to the center of the earth also the Pirates plunge should be removed because I almost wanted to go on it but like the slides would be dark on the inside and the whole thing would be covered something better could be added and I think the lines for the rides need some improvement and the thing that I really like about water world is they let you bring food and drinks in which I think is nice!! 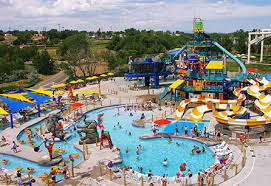 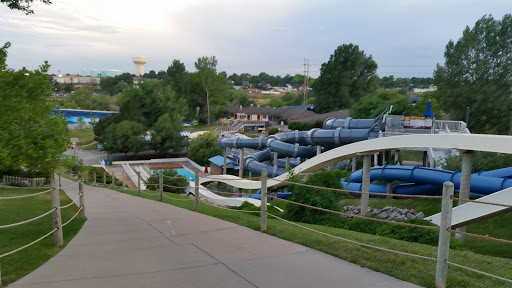 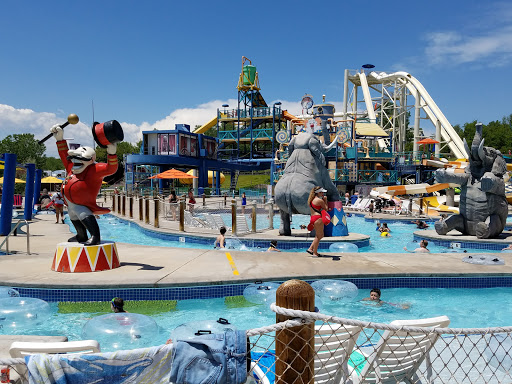 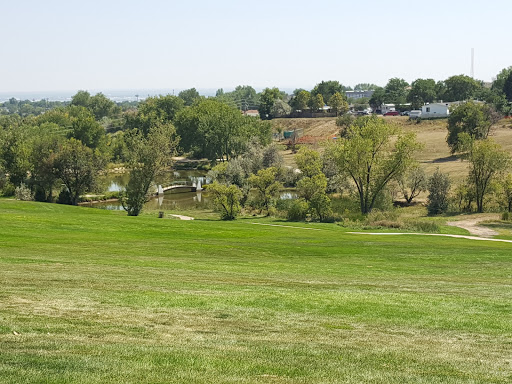 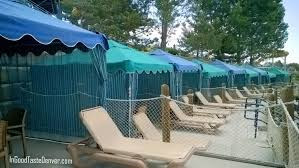 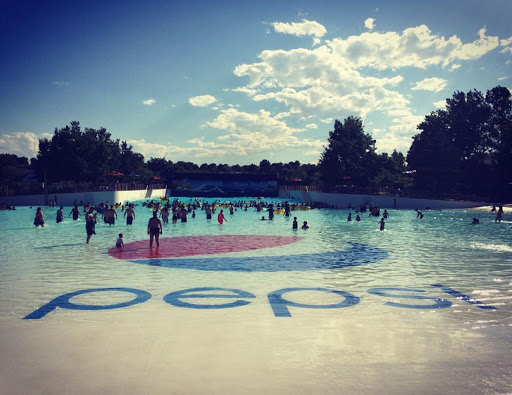 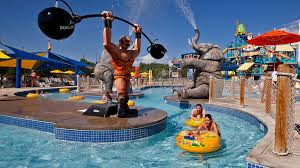 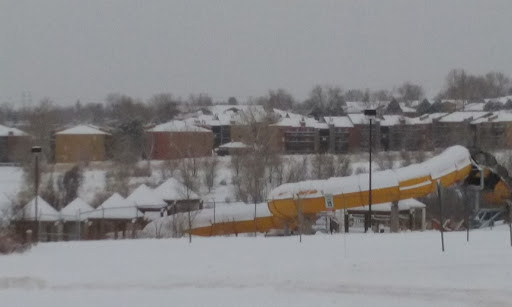 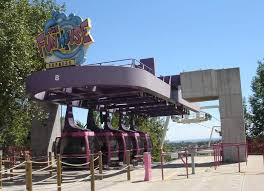 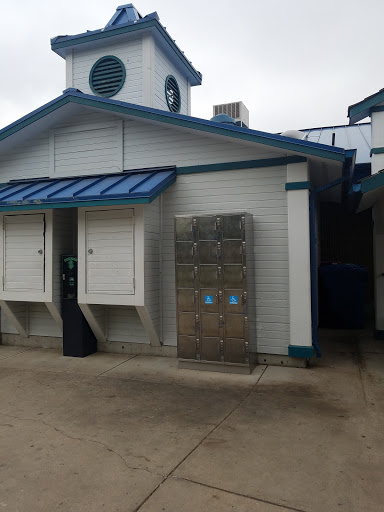 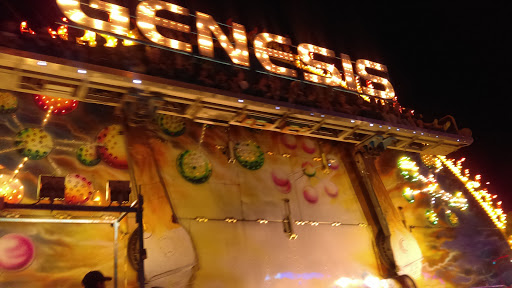 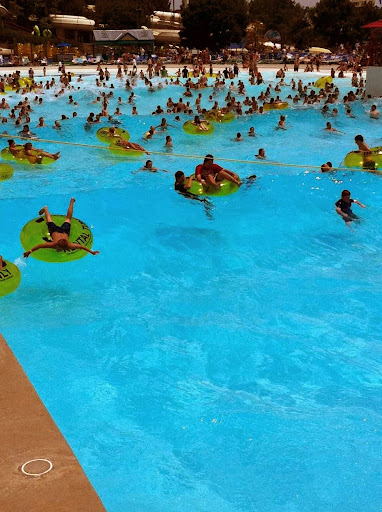 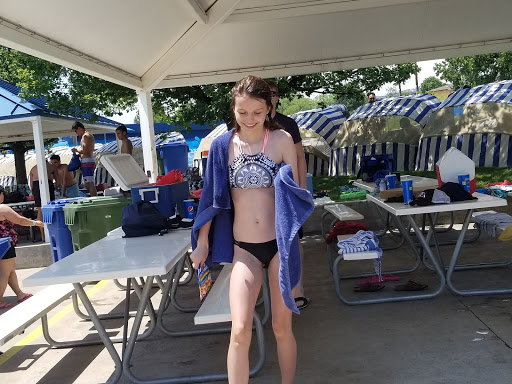 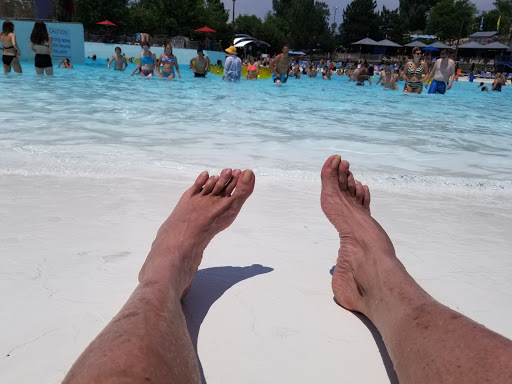 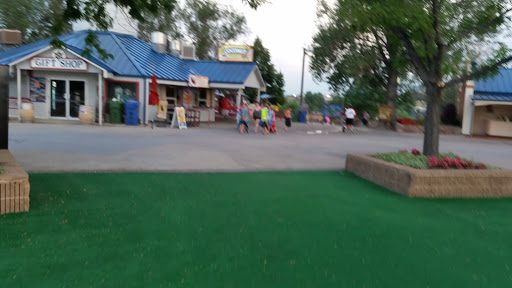 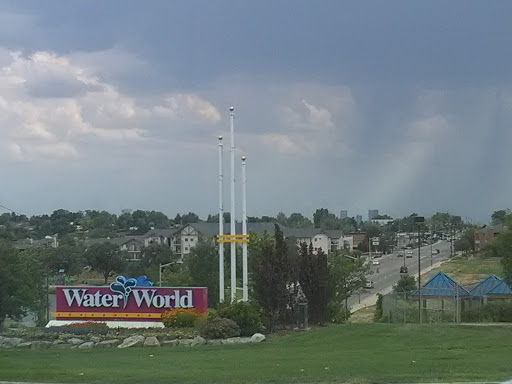 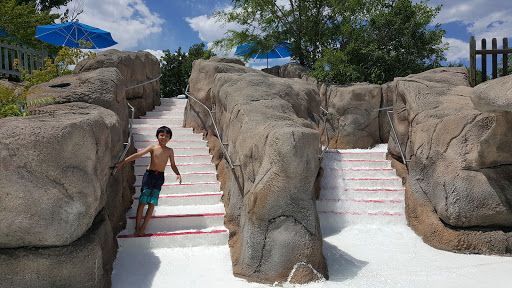