I agree it was a rip off. I have three kids who were all not permitted to go on any of the rides they were "not tall enough" Which was complete BS! They have been to Sesame Place and Ocean City even Carnivals where they can ride some of these same rides. AND YES I WAS WILLING TO GO ON WITH THEM. The prize winning games were cheats and ripped u off. It smelled like pee and people were smoking all over the place! I also got food poisoning from there. TAKE THE EXTRA TIME AND DRIVE THE THIRTY MINUTES TO OCEAN CITY! IT IS WELL WORTH IT! JULY 2011

People who complain about this place are spoiled. My friend and I spent 30 dollars and had a great time. The staff was very friendly, and there were hardly any lines (we went at night). The night view is stunning with all the lights. Its not more expensive than any amusement parks Ive been to. If you want Six Flags go to Six Flags. This is a place with more of a retro feel. Its way better here with the ocean wind than all the other places in AC where you can smell yucky cigarettes!

waste of time, most of the rides has restriction for kids and none of the operators are allowing kids though they have options to accompany with parents... and this information is not there in website. also if we get more tickets we dont have option to return it back. people who say "People who complain about this place are spoiled" I actually laughed at this one because they never tried amusement before or they dont know what/how scam works!!!

From a distance you see Steel Pier and think "Oh wow, that looks like a really good time!" But then you actually arrive to see that youre a bit too big for most of what they have to offer, and opening your wallet will likely result in dissatisfaction... Unless youre with a group of friends, arrive high, or wasted. Maybe even all three? I wouldnt know. Someone give it a shot and tell me how it goes. Do a before and after visit.

I cant believe the reviews by selfish childish "next generation" scum. True, the current Steel Pier is a rebuilt renaissance of the classic days which spawned the Miss America contests, the famous Diving Horse and acts like Chuck Berry and Hermans Hermits performing live, but its still a unique ocean mall with employees on the same level of competence as these lowgrade horse crap wannabee reviewers. Get a life.

My cousins and I go here every vacation. Its not huge but it has some cool rides we love to go on even as we are in our late teens to early 20s. They have games and smaller rides for the little ones too. Its never crowded during the day time, but its more fun at night with everything lit up. Im excited to see how the ferris wheel theyre currently building turns out! Looks like it will be huge!

I have not been to the boardwalk in Atlantic City since the early 1960s . This was b4 all the casinos " DESTROYED " the 100to 300 ft wide wooden boardwalk was still there. What a shame money trumps preservation all the time . The way folks are describing the area that was so makes me want to cry. NEED I SAY MORE!!!!

How could anyone go to AC and not visit the pier? It is just part of the total package; the whole experience. We only went on one ride (The Sling shot), $64 for the two of us, plus Tee Shirt and video. It was an experience to remember (might not do it again, but you have to give it a go ;) ) Enjoy it, really!!!

While its not like it was for my parents [5 indoor theaters, etc. a mile out into the ocean], its getting better and better. And its built with cement and steel girders so a storm wont blow it away. Great new rides this year and maybe in another 10 or so years, it may return to the splendor of yesteryear!

Have been here several times and I have always loved the look of delight on my daughters face. Went at night most recently and also did the slingshot. Got the ticket pack and it comes with some included coupons for food and other items in the area like ice cream or a kids tattoo. Great fun for sure.

All of the games are rigged to make you loose money, their basketball hoops are bent out of shape to make sure your ball just bounces out giving you a really low chance of winning, their machines are adjusted to make the prizes not fit the claw, only thing good here are the rides.

Friendly family fun. Well priced has access to beach. Food fair priced. Love the way they schedule local children access to all the fun one day each summer. Great way to give back to the community and to those whom cant afford the fun. Thank you always has my support

Usually I love it,& I see its going to be great again, but right now they are working on some things & a bunch of other rides were closed. They should have either did renovations in the off season, or offered a discounted rate since everything wasnt open.

Great location although relatively small for what you would expect in Atlantic City. It has a decent selection of rides and everything appears to be relatively well maintained. The staff was mediocre compared to many other amusement parks.

This is a great place to bring the family. Its a nice area that has many amusements for everyone to enjoy.The food is inexpensive and the games are fun. I strongly suggest geting tickets on groupon to save lots of money!

Ehhh...Everything Is Kind Of Expensive.. Thought They Would Have Better Rides...They Had One Cool Game. It Was Called Stinky Feet...LoL Other Then That I Didnt Like It Other Then The View..The View Up There Is Great!

If Atlantic City put some real money into this pier, it would be a BIG ATTRACTION. The people that visit are usually bums asking for money and staff does nothing. Love the helicopter rides though.

Steel Pier is a neat place for young kids. A few of the rides were closed for maintenance/repairs. The Boardwalk was nice. Lots of little souvenir shops and a variety of foods!

Kitty cat pier sanctuary was no longer there, but the sign is still up. Talked with the locals and the cats have all but left. Pier is still under construction.

Most of the pier was closed due to construction. So can really say much. The kids area was open. The 2 little ones that was with me enjoyed themselves.

Was here on 8th June, 2014 had a great time ...full of adventure like sling-shot and helicopter ride and thrill of casino with gamble of few dollars

Our family has so much fun riding rides and playing games. I was disappointed the ferris wheel didnt work. We had a lot of fun even went twice. 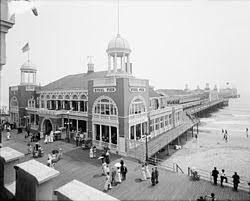 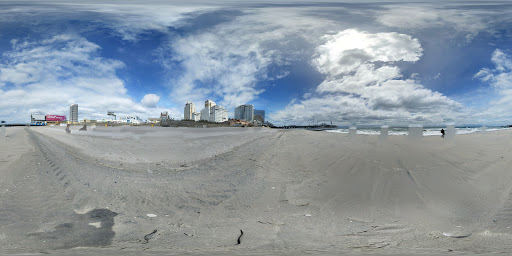 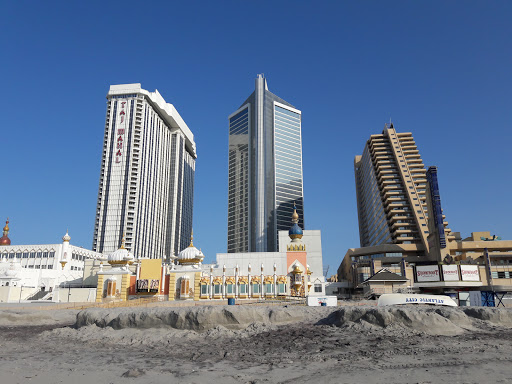 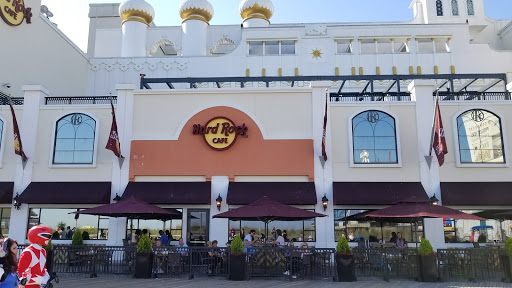 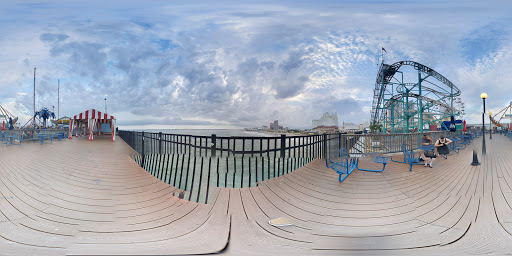 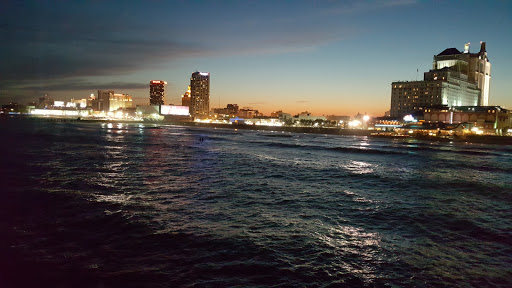 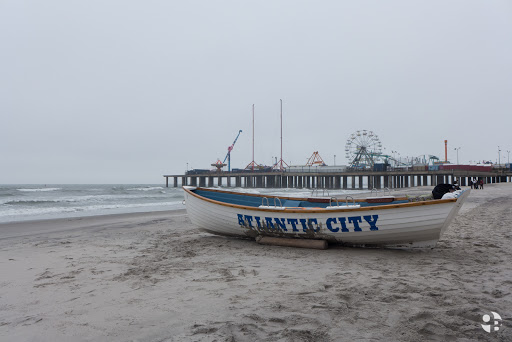 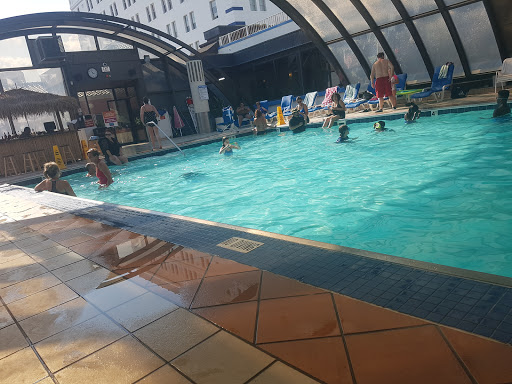 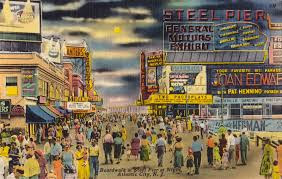 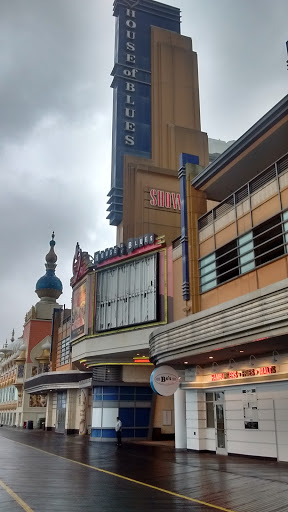 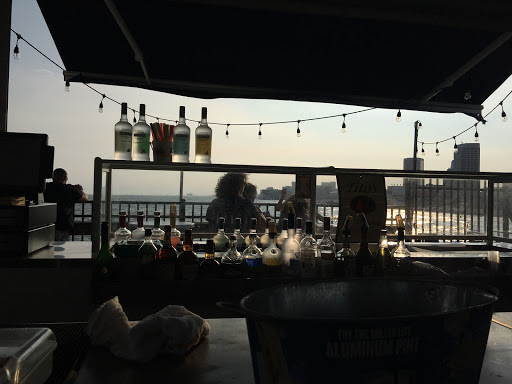 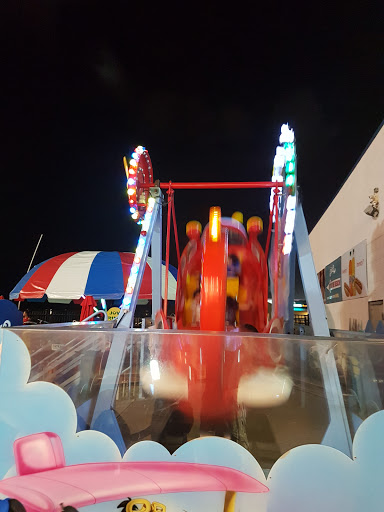 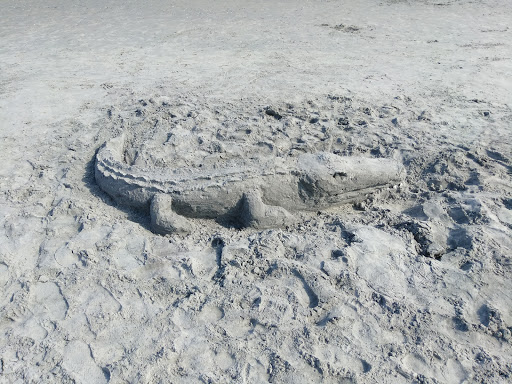 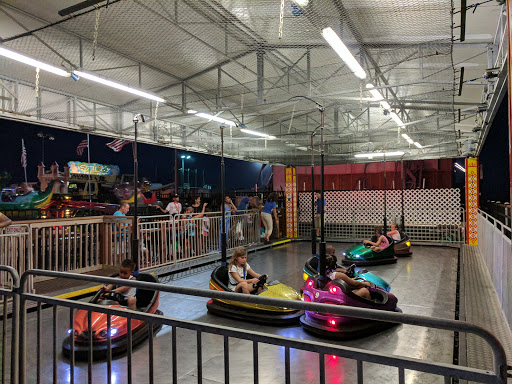