Outside was cool looking. Sign said it was $5 so we figured, whats to lose? They snatched that money out of our hand quicker than you could blink, lined us up for some pic (no explanation) then we went in. Saw 2 bathrooms and a water fountain, my girl thought they were props. I didnt, and asked her if she needed to use them. That was where the laughter ended. Go in first door, see some furniture nailed to the ceiling. Supposed to be upside-down Oval Office, saying something about 2002 and the white house flipping over. Cute, I thought. Then the rest of the rooms pretty much looked like less-furnished versions of the first room. With weird looking fake president dolls with ugly wigs, and 4th grade art project alien things and 1 dude that was trying to scare us, but kinda just managed to creep us out following us around and stuff. A bridge that had a twirling neon lit star tube that rotated around us, making you dizzy. Cute... we went through that twice. Then, a photo opportunity... or at least thats what the family in front of us thought, for about 10 minutes. A cardboard Barack Obama. Youd think theyd fulfilled their lifes quest. Anyway, then I took one 2 second pic with the cardboard worst failure of a leader in American history, then a few more of the same rooms, some hissing air hoses and the last room, with a guy trying to sell you that pic they took of you at the beginning for like $20. There, I just saved you $5 or $12 or whatever they are trying to steal from you that day. Stick with pics on the outside then go elsewhere.

In the not so distant future and maybe a different dimension of spacetime, a plane of existence not too dissimilar to ours, the first husband Bill Klinton allows a secret time travel experiment to occur in the basement of the white house in exchange for a stained blue dress of unexplained origins. After the nefarious scientists fire up up their time-vortex, Sasquatch himself comes through...quickly the secret service puts him in a cage and the White House goes on lockdown. But, before they could shut down the dangerous time-vortex, a dinosaur also sneaks into the vortex from a time unknown and overloads the equipment causing a massive temporal transdimensional overswitch reversal backfire with devastating consequences. The White House itself is flipped upside down and transported 858 miles away and the very molecules of once fancy furniture has been turned into cheap styrofoam. The entire staff vanishes, save for a few brave ticket takers and photographers who remain at their posts, determined to do their jobs and save America, only five dollars at a time, despite surly tourists and crazed dinosaurs roaming unchained, these brave souls venture on in the all American duty to protect the White House, despite the tragedy that has befallen it (seriously, this place is pretty terrible, but, its large scale terrible. If you have an imagination, a sense of humor, and want to pay $5 to make fun of a really dumb idea come to fruition, this is worth every penny).

This place was a freebie with our hotel so we thought wed check it out. Even for FREE Id give it 0 stars if I could. The website says theres a mystery to solve, hidden detours, etc. Theres no mystery for the kids to solve. Theres no hidden detours. Theres no map they hand out with riddles or anything like that. Theres nothing written on display boards or anything at all interactive. You just walk through mostly-empty rooms with things hanging from the ceiling. Then, towards the end, theres a pitch black area that reminds me of a haunted house youd see in someones garage. Its not at all scary if youre over the age of ten. Unfortunately my 4 children are ages 2-7 and they were absolutely terrified. Theres no warning on their website or from the staff that there will be anything scary inside. Theres not even spooky music. Youre basically walking through an obvious warehouse with temporary walls. If we HAD paid for this Id have insisted on a refund b/c of the false advertizing and the nightmares Im going to be up dealing with. Skip if you have young children. If you also have free tickets and its pouring outside and you dont have an umbrella- it might be worth your time to go inside out of the rain. Thats about the only scenario I can think of that makes it worth it.

Honestly Ive never been more honored in my life than when I was personally invited by President Corey Baxter to veiw some of the most confidential things known and unknown to man. When they let me inside after a meager silence fee of FIVE DOLLARS TODAY ONLY* I was shown things from talking eagles to real life aliens. I dont know how much Im actually allowed to say without the Shadow Masters coming after me but lemme tell you, it was worth it. After getting a guided tour of the White House and meeting Slim Jim himself Pres. Baxter told me the best kept secret in the world. He said to me "aint no Planet X comin cuz aint no space cuz aint no round earth." The lesson here is that if you meet a ghost in an elevator shake his hand twice for a good time. I give the real White a 4/20. I rated 5 stars because I didnt want to hurt the presidents feelings. P.S. Mnmmama doesnt know shizzle and the only way she could become dumber is she lost all of her motor functions which she clearly hasnt because she managed to post that stupid-a$$ review.

Years ago we came and it was great. The kids had fun. This time, wow.... And not a good wow. Our boys were looking forward to it the whole trip, we get there and go through just to have them say, "this really sucked."Half the lights didnt work, you walk around and look at stuff hanging upside down. There is nothing saying what anything is. When I approached the manager about it, he refused to give us our money back and threatened to call the police on me for trespassing. I was a customer. And unsatisfied customer, but still a customer. I didnt yell, just simply stated how terrible it was. Our 9 year old son even told him he was disappointed. This is place is a joke. Stay away. And Bill (the manager) Im glad I saved like 20 people their money in about 10minutes telling them how awful this place was in the parking lot!

As a former tour guide I want to tell all of you people that went here Im so sorry. I quit after only a few weeks. I couldnt take all of the people actually yelling at me for robbing them of their time and money, and telling me this is the dumbest place in the dells (and thats saying something) and agreeing with every word. This place is a s*** hole. If you are going to the dells, go to top secret and just take a picture outside. Its free and a nice photo opp and you wont hate yourself afterward. Dells travel tip? Take it from somebody who lives here: ASK A LOCAL. Most of us are more than willing to make suggestions.

I cannot say I was totally impeded by this attraction, but at the same time, Im not one to fully blame it for what it is worth. Bringing my friend along, Ive come to learn the same general concept of the place and it gives complete freedom to explore the limited amount of space within a topsy-turvy kind of deal. I will not complain that $5 for exploring an upside-down building isnt enough but what the staff neglect to inform you is the photos add up in the end. Its alright for a quick visit, but I dont predict myself running in again real soon, that is, unless we can find the secret behind... "COVFEFE". 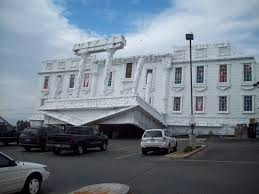 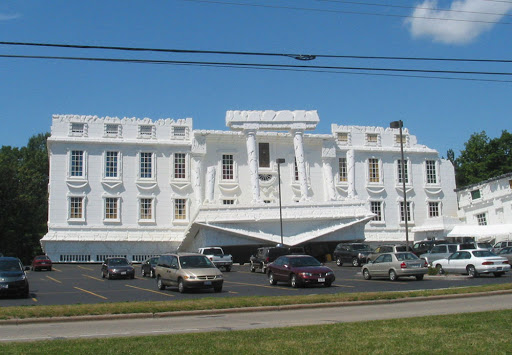 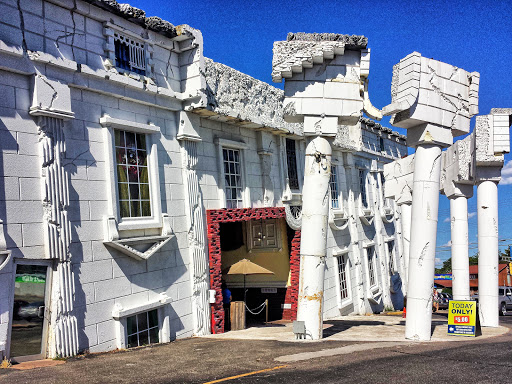 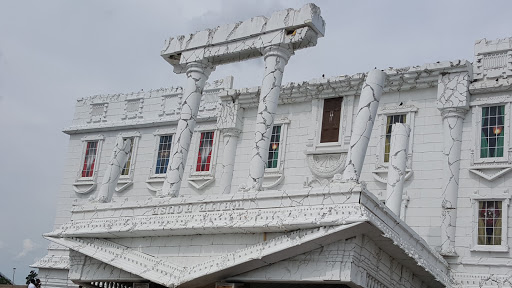 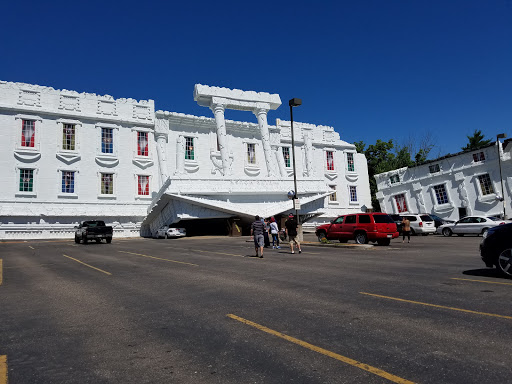 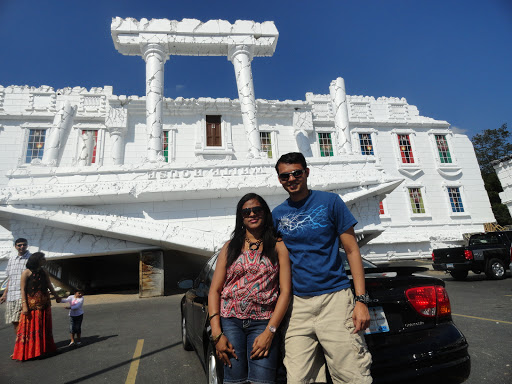 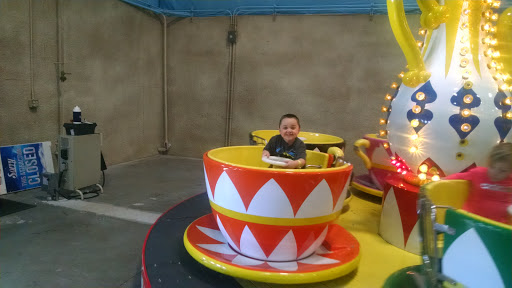 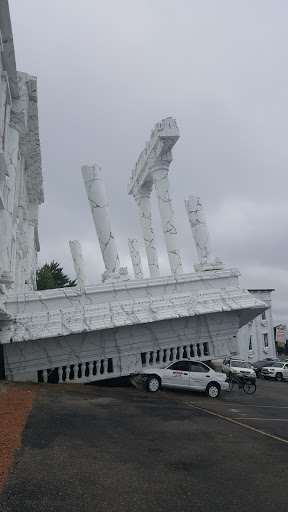 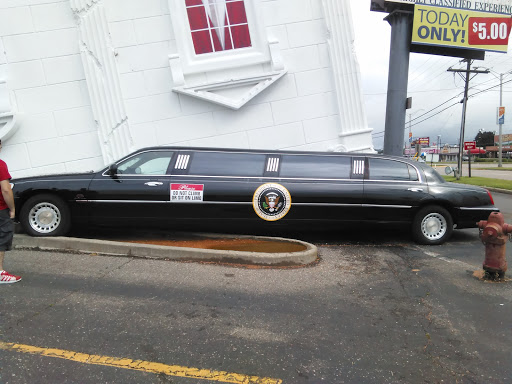 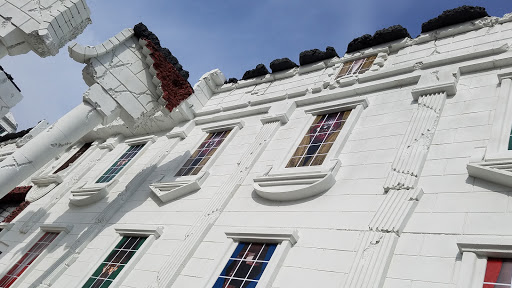 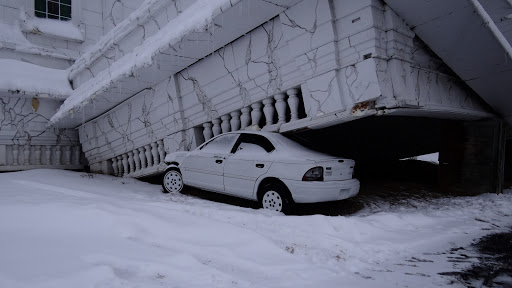 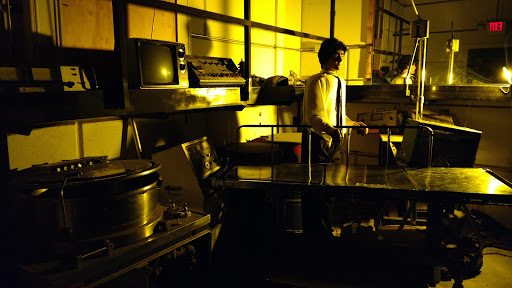 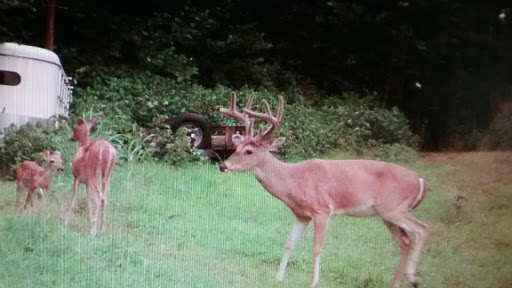